When you’re looking at controllers in the same general price range as an OEM controller, you usually can’t expect many added features. Alternative controllers might throw on a turbo button, or claim that their vibration feature is stronger than the original. But that’s about it.

At least, most of the time. Because as gaming has become a more popular hobby, and competition among the industry increased, third party controllers have started getting better and better. These days, you can occasionally find some gamepads that go a little above and beyond. But whether you’ll be able to appreciate these minor differences is another question entirely.

The 8Bitdo Sn30 Pro+ Bluetooth Gamepad is a mixture of modern design and old fashioned nostalgia. The appearance of these controllers was designed to emulate older Nintendo controllers. But in spite of their appearance, these gamepads are actually compatible with iOS, PC, Android, Nintendo Switch, Raspberry Pi, and the Steam platform. In other words, basically anything you might try to connect with outside of PlayStation or Xbox consoles. 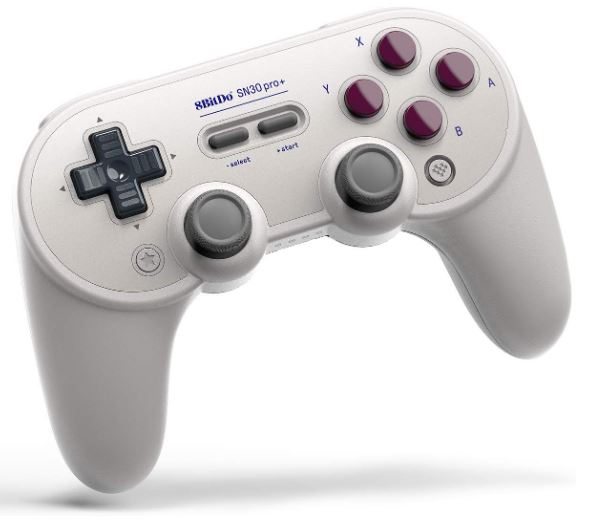 Rather than making a controller that just looks old-fashioned, the Pro+ actually is packed with a variety of interesting features. For instance, it’s got modifiable vibration, adjustable hair triggers, and even adjustable turbo. There’s motion controls, a wireless Bluetooth connection, and even modern USB-C charging.

The goal behind the Pro+ Gamepad seems to be the generation of a widely adjustable controller, but without a price that reflects the greater abilities of the controller. In other words, it’s supposed to be an alternative to a typical controller. But it’s not quite at e-sports level of customization. So how does it perform in practice?

The Sn30 Pro+ measures 7.1 x 3 x 5.2 inches. And it weighs about 13 ounces. In a comparison to other controllers, that’s pretty much dead average. It doesn’t feel unusually light or unusually bulky. Though it is a little strange to see what amounts to an old Nintendo controller with some handles glued onto the case. 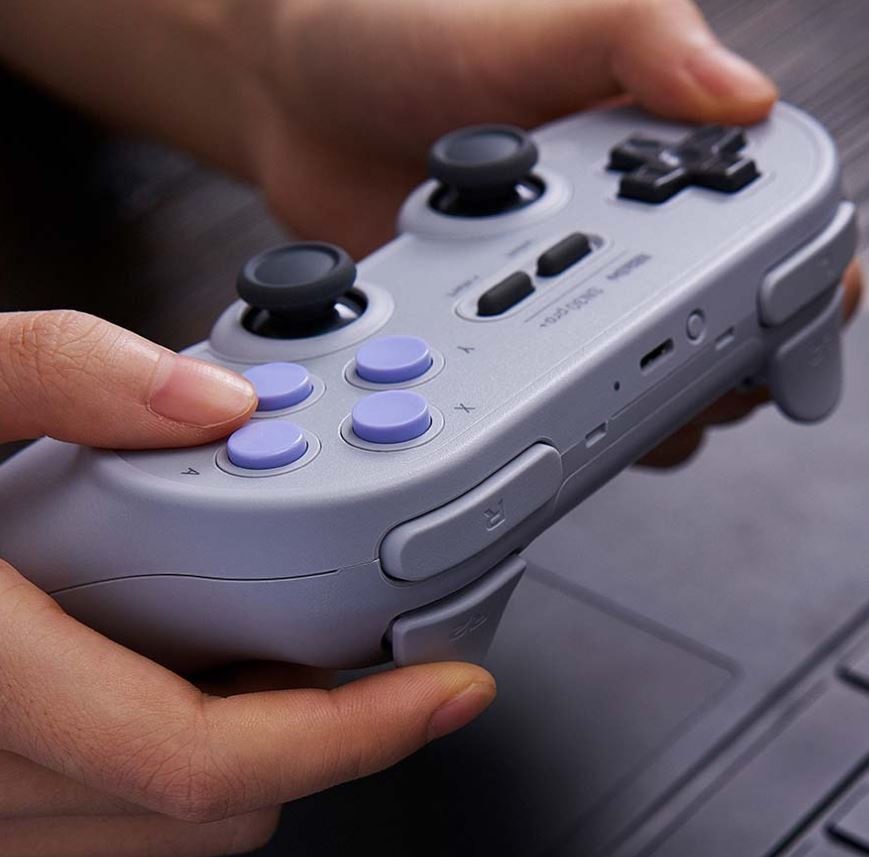 Actually, there are three variants of this controller. The G Classic Edition is the standard. It looks like a mixture of a classic PlayStation controller with a classic Nintendo Entertainment System controller. They’ve got an XYAB button setup, including large red buttons near the right thumb pad.

The center of the controller has not one, but two adjustable joysticks, very much like a PlayStation controller. And for the left thumb-pad, you’ll find a pretty standard D-pad. Though this directional pad does have some nice texturing across the top, making it easier to get a firm grip with your fingers.

Notably, the other variants of the controller are only aesthetically different. For instance, there’s a black edition that dispenses with the dated-looking gray-white interface. And the Sn edition is supposed to resemble a Super Nintendo controller. Though the coloration is slightly different, probably in order to avoid the legal trouble associated with making a controller that looks too much like the classic SNES/NES controller.

Appearances aside, once you’ve got this thing in your hands, there’s no mistaking it for older gamepads. The buttons feel far, far more responsive. Though if you were looking for a more authentic experience with mushier buttons, that kind of thing could be programmed into the controller through their software. More on that later, though. 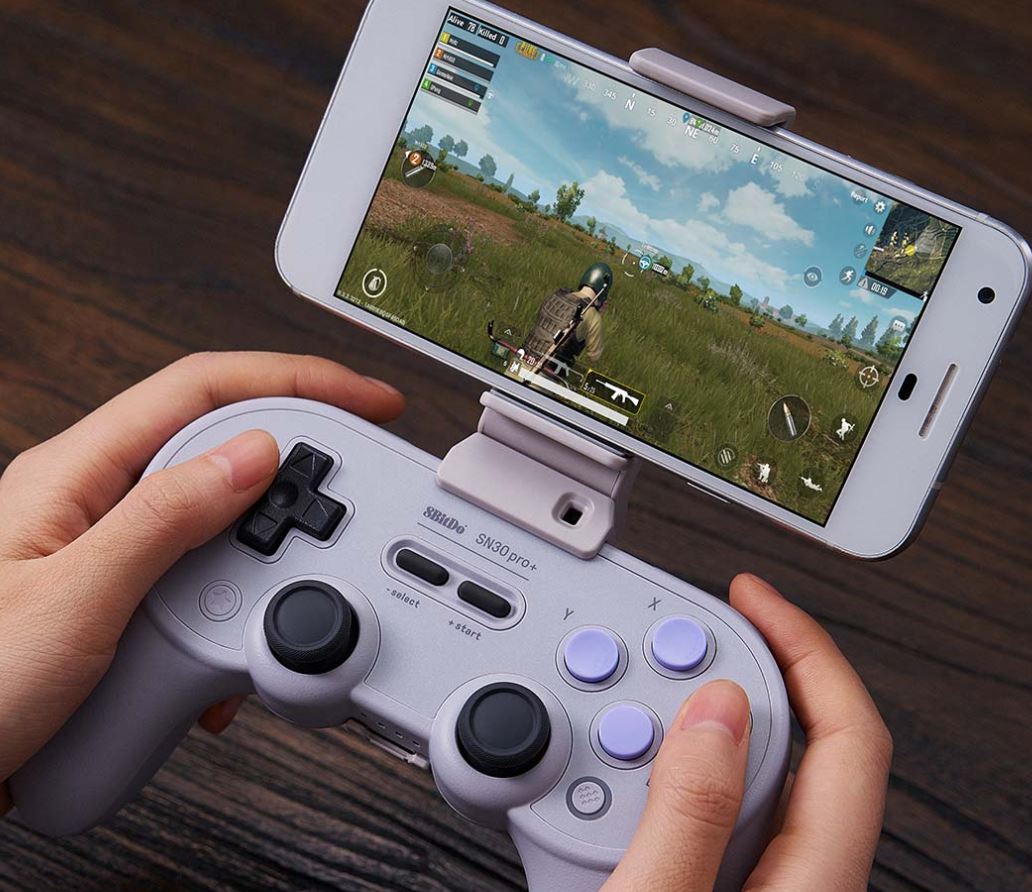 Apart from the previously mentioned thumb buttons, there are also some shoulder buttons towards the topside of the controller. Four in total, labeled L1-L2 and R1-R2. The L2/R2 shoulder buttons are recessed further back, partially hanging over the edge of the controller. It’s a stylish design but it’s mostly made for ergonomic purposes. The extra distance between the triggers feels more natural, and feels like you’re using a larger controller than you really are.

Another thing to note is how responsive each of the buttons is. One problem with generic game controllers is that they tend to be made to somewhat lower standards, especially when it comes to the switches that govern their responsiveness. But the 8Bitdo Sn30 Pro+ is another story entirely. This thing didn’t go the route of trying to over-emulate the mushy feeling of older console controllers. They’ve kept everything firm and responsive.

But this isn’t a classic controller, it does have some features that can help push things a little further. For instance, a button mapping system allows you to swap around the various buttons to modify your controls as needed.

The buttons are hair-trigger with out of the box sensitivity settings, but those settings are completely adjustable. The joystick has sensitivity settings that can be modified, too. Those modifications are done with the onboard software managed through app control. And the result allows you to maintain a level of control that you could otherwise hardly expect outside of PC peripherals.

Speaking of the user software, it can actually do a number of neat things. For instance, it lets you create user profiles. For multiple people sharing the same controller, that immediately makes a lot of sense. However, you don’t need to be sharing this controller with friends in order to take advantage of user profiles.

In order to make adjustments, you need to use their software on a PC to adjust the controller, and then the controller can be used on other platforms. So it’s necessary to get a PC, smartphone, or tablet involved at some point. But once you do, you’ll find the range of adjustment at your disposal is nothing short of vast. You can adjust the actuation point of the trigger mechanism by as much as 50%. So if you want the triggers to initiate based on the lightest touch, that can be done. And if you’d prefer them to go-off only when you pull them all the way down, that’s possible as well.

Apart from remapping basics, like being able to swap the L1/R1 keys, or being able to inverse the XYAB setup, you can actually do much more. Because the software they’ve included allows you to create macros. For instance, your macro might do a series of moves all in one button press.

You might macro down, left, up, B, down, right, Y. For playing a fighting game where you need to memorize various techniques and attacks, that can be pretty cool for reasons that should be obvious. You can unleash some complicated maneuvers on your enemies without having to actually perform them more than once during the setup process. Great for entering cheat codes as well.

If you want to have more vibration than a regular gamepad, crank it to the sixth setting. You can see what it feels like to have a controller just about shake out of your hands. Though for a more authentic experience, one that matches regular controllers, you’d probably want to stay on the fourth or fifth setting. 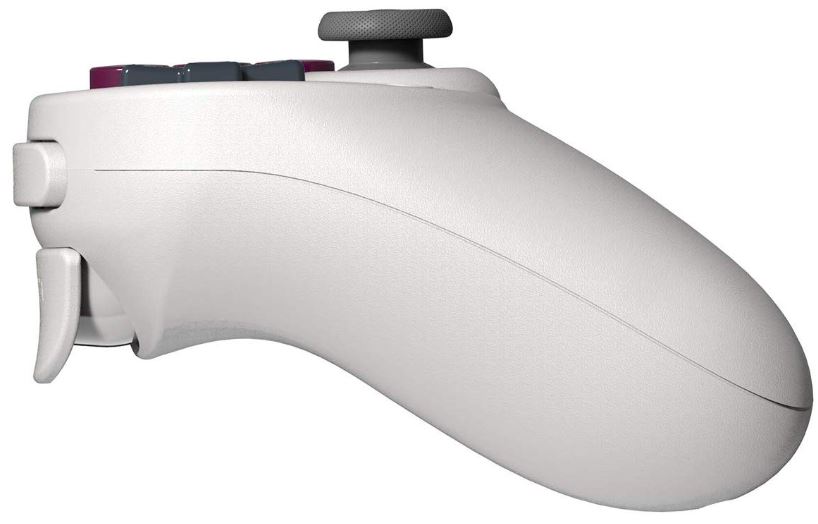 The 8Bitdo SN30 Pro+ is powered with a 1000mAh battery, keeping you wireless for quite some time. Exactly how much time will depend on how you configure the controller. But under most circumstances, you should be able to anticipate about 20-hours of playtime between charges. Not bad at all. Each console requires about the same amount of power draw, though you might expect slightly worse battery outcomes with a Nintendo Switch.

One thing that is conspicuously missing is the ability to rapid-recharge your controller. It does take about 2-hours to refill it after it’s been drained. But the relatively strong battery capacity should offset those concerns, at least somewhat. It’s tough to get caught off guard with a low or empty controller when you’ve got 20-hours to begin with.

One thing we haven’t touched on yet is the six axis motion sensor inside the controller. Those sensors are really nothing special or fancy, but if you’re going to be playing a game that requires motion controls, you’ll be glad you’ve got them. The 6-axis sensor works every bit as much as an old Wii-mote, so you don’t have to worry about the sensor accuracy being wonky. 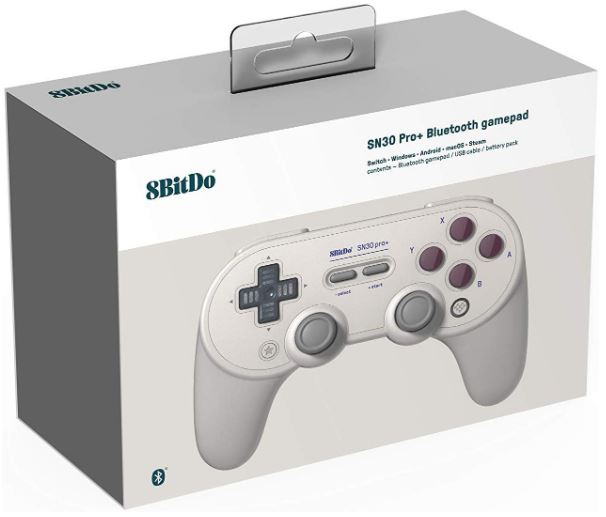 As mentioned earlier, this controller is compatible with Android, steam, Switch, Windows, macOS, and Raspberry Pi. However, the additional system support requires downloading and installing firmware updates from their website.

It can’t be used to wake-up the Switch from hibernation, and the switch compatibility doesn’t include rumble or Amiibo scanning. So there are a couple of obscure instances where this controller’s compatibility isn’t totally flawless. That’s something that’s simply to be expected when dealing with a controller that wasn’t certified for use by makers of the console which you’re connected with.

When it comes to style, this controller should appeal to a lot of people. The white-gray coloration may or may not be your thing, the black version provides a nice generic alternative for someone who wants something simple. And the Sn Edition is a nice homage to the original SNES console. 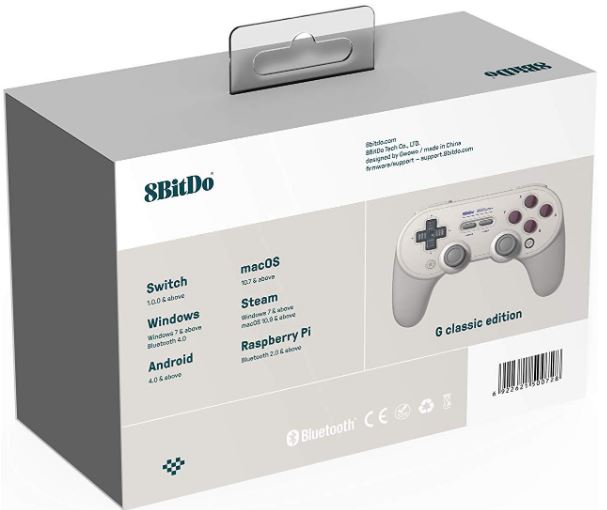 Of course, not everybody is going to need that kind of adjustability. People who are mostly casual players probably won’t be able to get much use of it. But even casual players should be able to appreciate the ability to create macros. Which really makes the Sn30 Pro+ worth a look for anyone who has a good reason to pick up another controller.

First-Look Review of the Nyko Intercooler for Nintendo …
November 2, 2018