The front door of your home is a place that usually isn’t secured the way it should be. Package theft, burglary, and other malicious crimes are on the rise, but so is the smart technology that keeps us safe and secure. Video doorbells have been around for a few years, but none have been as refined and feature-rich as the new Ring Pro.

As featured in Time Magazine, Fast Company, and even the popular television show Shark Tank, Ring has been making a name for themselves as the best video doorbell available. But the original Ring Video Doorbell left a bit on the table in terms of desired features, specifications, and details.

Today we’re going to be looking over their improvement, the Ring Pro, how it differs from the original, it’s specific features, and what’s better about it. Set to fully release in April 2016, we expect it to be a game changer for those who need to keep an eye on home from anywhere in the World using their smartphone.

From first glance, you’ll likely immediately notice that the Ring Pro appears much smaller in size. Measuring 4.5″ x 1.85″ x .8″, the Pro is slightly shorter and a bit skinnier than the original. Although the original is still quite small and discreet looking, it measures 4.98″ x 2.43″ x .87″.

We think that the design of the Pro is much more appealing than the original, simply because it’s more rectangular and looks more similar to a standard doorbell, rather than a video camera.

Offering an improvement upon the original 720p resolution, the Ring Pro delivers an extra boost of clarity with full high definition in 1080p. It’s designed to give you a better view of the details so that you can have a clearer and more vibrant image. 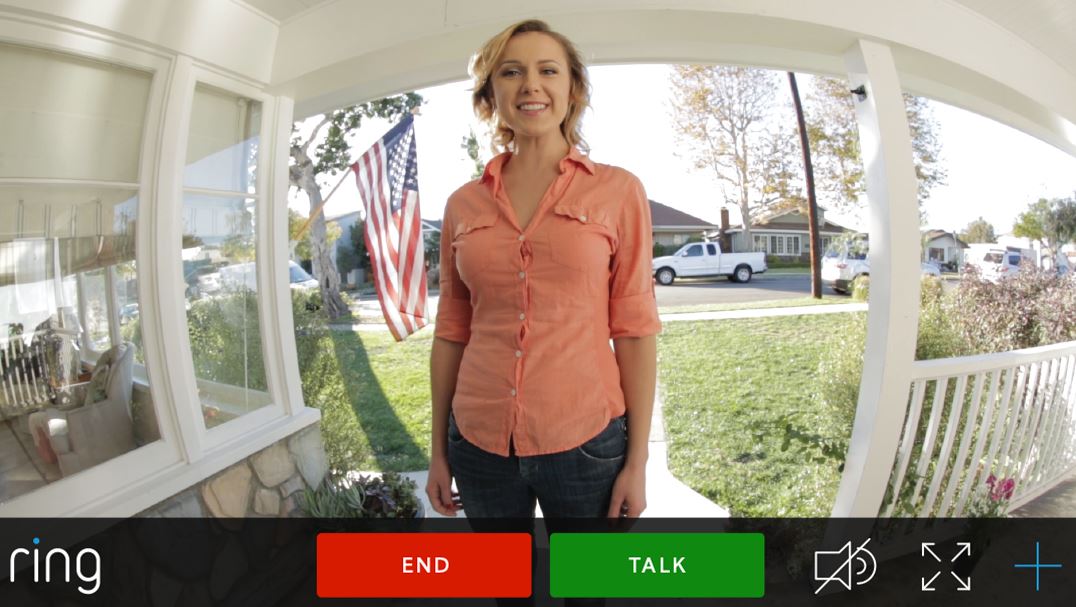 Too often, you’ll hear about a criminal that was caught on camera, but the camera that recorded them was outdated and didn’t provide enough clarity to make a good description of the perpetrator. By offering 1080p resolution, you should have no issues determining a clear description of anyone or anything that occurs.

One of the favorite aesthetic features regarding the Ring Pro is that it gives you the option to freely change the color of the faceplate whenever you’d like. Rather than coming with a solid color that can’t be changed, you’re given the freedom to change the to the faceplate that match the decor or color scheme of your home.

This means that you won’t need to decide on a specific color and be stuck with that option forever. Best of all, four different faceplates of various colors are included.

One of the most notable and important differences between the original Ring and the new Ring Pro is how it connects to your home. The Pro requires an existing hardwired doorbell so that it can be powered and functional without the use of a battery. Because of this, there obviously won’t be an included rechargeable battery like the Original. This can be a good or bad thing depending on how you look at it. If your front door doesn’t currently have a doorbell, you won’t be able to integrate the Pro. But with the Pro, you won’t need to hassle with batteries – ever. 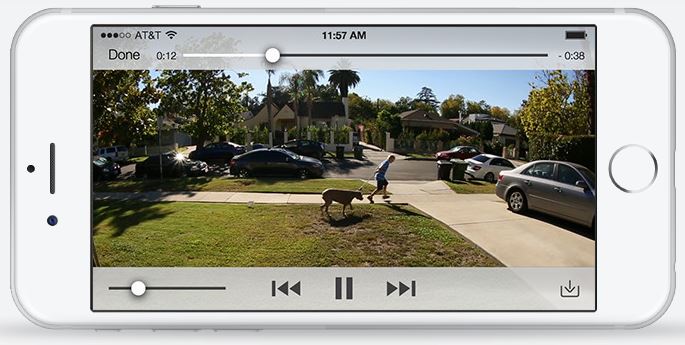 Since 1080p videos require a bit more bandwidth than your standard 720p video quality, Ring made a smart move by incorporating Dual Band WiFi into the new Pro version. With dual band WiFi, you aren’t restricted to the 2.4 Ghz channel – you can also take advantage of the 5 Ghz channel, offering better transfer speeds and improved latency with less load time.

It connects to your home WiFi network and is then available to view and interact with on virtually any device using the Ring App – free from iTunes or Google Play.

Rather than selecting a variety of different motion zones like you had to do with the original, the Ring Pro allows you to create your very own custom shaped zones. While you’re looking on screen at the view that the camera has, you can easily draw a variety of shapes to create your own specific zones, rather than pre-selected zones that don’t give as much flexibility. However, each zone can’t be adjusted for it’s own sensitivity so that you’re only alerted about what matters most.

Motion detection is a great feature to have, but if not implemented correctly, it can become a nuisance. For instance, the original Ring video doorbell gives you the freedom to adjust how sensitive the motion detection is. Everything from the wind blowing to a bird flying by could potentially set it off. Unfortunately, although you can create custom zones for the Ring Pro, it doesn’t let you adjust the sensitivity of each zone like the original Ring does.

Having the ability to see in the middle of the night is a real luxury, especially considering that low-light and dark settings are quite common for front porches. With a variety of infrared LEDs built into the Ring Pro, you’re given full-freedom to see clearly in the dark. 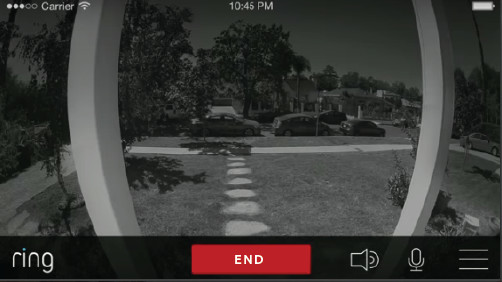 Although the original version had this same night vision capability, it’s noteworthy to include as a quite useful feature for the Pro. 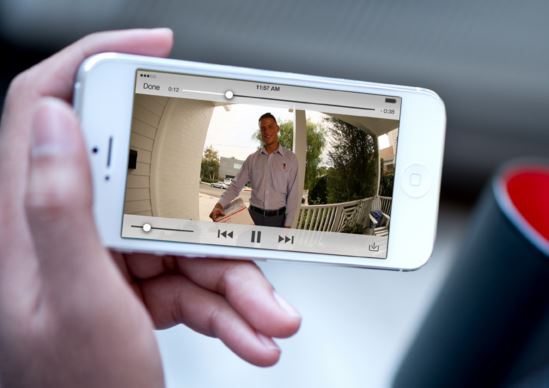 Recording to the cloud with the Ring Pro is not required, but it surely expands the amount of security and freedom that it brings to the table. With cloud recording, you’re given the ability to view and download up to six months of activity at a time. You can access your video clips and keep the important events and sift through the ones that you’d like to delete. Although it does cost $3 a month or $30 per year, this is a nice feature to have, especially if you’d like to share your clips with friends, neighbors, or even Law enforcement. 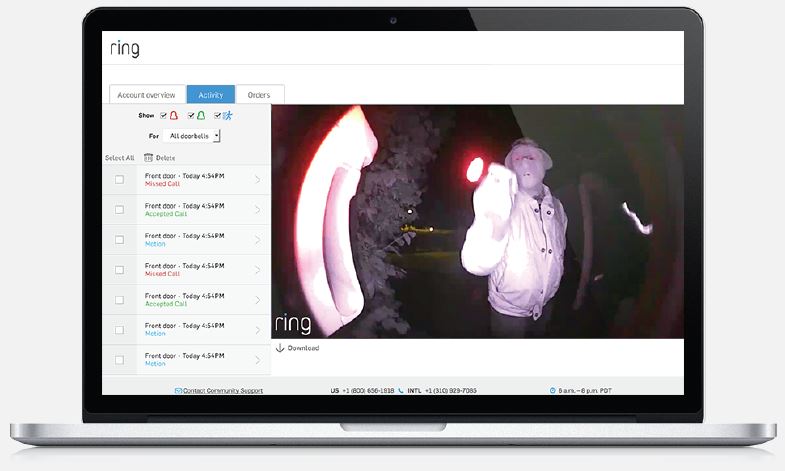 While the cloud recording is definitely a nice feature, we think it’d be nice if you could configure the Ring Pro to save footage onto your own hardware. For example, instead of having footage sent to a cloud server, if there was an option to save to an SD card, network attached storage, or your own FTP server, it would be a nice addition. The only way to save and access recordings is through the $3 a month or $30 per year subscription.

Through the App, you can speak through to whoever’s at the door, and they’ll be able to communicate back to you. With a small integrated microphone and speaker, verbally speaking is easy and clear. They’ve even integrated some advanced noise-cancellation technology that filters out all of the unwanted background noises and gives you clear communication without distortion. 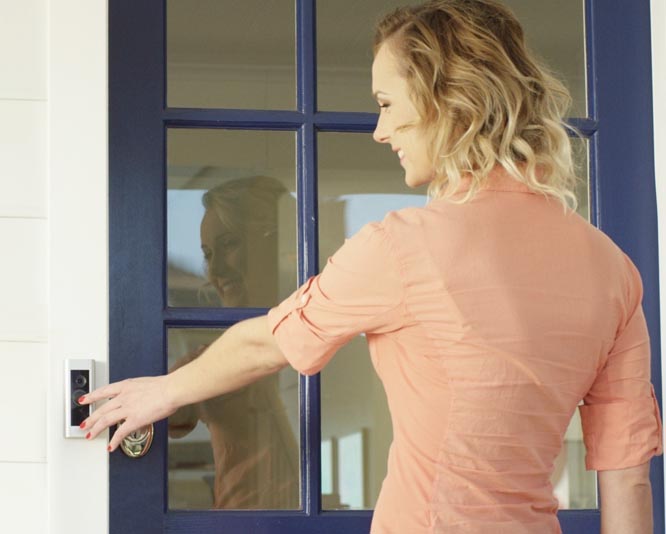 Offering several improvements over it’s predecessor, the new Ring Pro Video Doorbell will likely become a game-changer in the home security market. By delivering full 1080p high definition clarity, advanced, fully-customizable motion detection, and an assortment of other advanced features, we’re confident that it’ll soon become one of the most desired home security products for 2016.

To top it off, everything you need is included – a screwdriver, 4 faceplates, optional wiring and connectors, a drill bit, pro power kit, screws, anchors, and an informative quick setup guide. Best of all, each Ring Pro is backed by a one year warranty on parts, and they even give you lifetime purchase protection to assure that your investment was well worth it.