Getting audiophile quality from speakers can be both complicated and grossly expensive. You might need six different audio components, all positioned in special places, with many powered separately. But there are also audio manufacturers that make equipment more accessible. Some can help make setting up your speakers as simple as putting them down plugging them in.

Devialet is a French-based tech brand. While they’re not as widely known as brands like Sony, that’s largely because they tend to make products for audiophiles. Their newly created Phantom Reactor 600W and Phantom Reactor 900W are essentially two smaller versions of the classic Phantom Reactor. 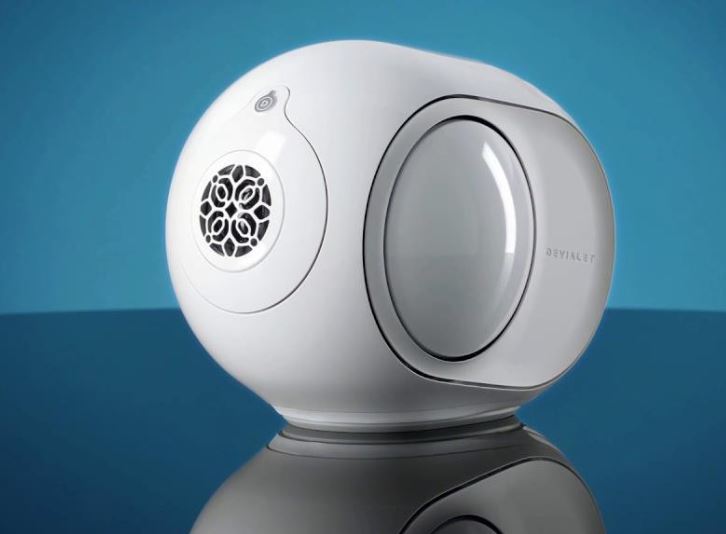 The original Reactor is an incredibly popular stand-alone unit, intended to be an all-in-one style audiophile quality speaker. However, being fully loaded with so many premium features, the Phantom classic was accompanied with retail cost of something in the ballpark of $1,700.

The Phantom Reactor 600W and Reactor 900W were basically created to help offer that premium-level sound with a more affordable price tag. Actually, their advertising suggests these speakers are an attempt to make audiophile sound “available to all.” That’s probably an overstatement. By definition, audiophile equipment will almost always include a higher price tag.

Nitpicking aside, Devialet did an excellent job taking their classic Reactor and making it smaller. That sounds like a simple thing to do, but scaling up or scaling down audio equipment is actually quite challenging. Case in point, the Reactor took three years of development.

The Devialet Phantom Reactor makes use of a spherical design. It’s not for style, it’s a design intended to maintain a perfect acoustic form, relative to the audio drivers housed inside. Sharing this form, the Reactor 600W and 900W share many things in common.

They’re equally small and compact, about four times smaller than the original Devialet Phantom. Measuring 8.6 x 6.2 x 6.6-inches, these capsule shaped speakers are somewhat smaller than a basketball. Unlike a basketball, they weigh about ten pounds. For both versions, Devialet includes their own special acoustic tripod stand, which we’ll examine closer in a moment.

Unlike its predecessor, the Phantom Reactor 600W and 900W use inconspicuous touch controls. They allow you to adjust volume, create Bluetooth pairings, and so forth. You mostly do not have to rely on these touch buttons because of the included companion app, but it’s nice to have a few more options. 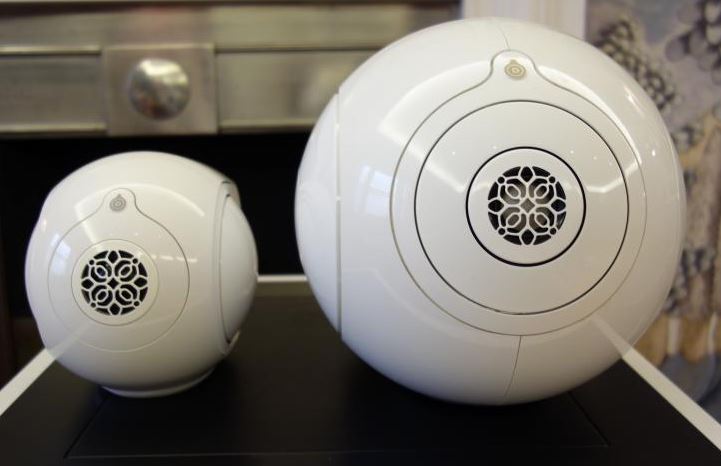 The Phantom Reactor is a plug and play device. With respect to inputs, a 3.5mm and optical input port makes it possible to connection to nearly anything, including mobile devices, televisions, and projectors. It can also be operated through Bluetooth, Airplay, UpnP, and Spotify Connect. You can even control the speaker remotely with its own dedicated app.

The app makes no attempt to reinvent the wheel. It’s composed of the kind of essential features you might expect from a smartphone companion app. It lets you connect with various music streaming services, configure your home sound network, and fine-tune your audio through an equalizer. The app itself is fairly intuitive, and at no point does its design feel confusing or lazy.

It will eventually be possible to play several Reactor speakers together, with the introduction of a software update. Multi-room zone grouping is supposed to be released in the spring of 2019. Stereo playback is another feature that is coming through a future software update. Unfortunately, they are not ready for release.

But that won’t stop most people from getting what they want from a Phantom Reactor speaker. Unlike some products, you won’t need to mail in your speaker for a firmware update. When the software update is ready, updating the Devialet Phantom Reactor will take about ten seconds and a connection to the Internet. 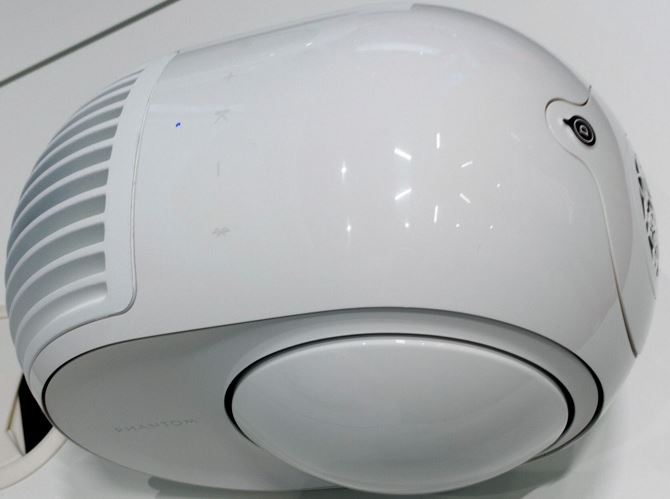 Wattage is one area where the Phantom Reactor 600W and the 900W start to deviate in function. The 900W has a greater maximum power output, allowing it to deliver a maximum volume level of 98dB. The 600W version is actually caped out at 95dB.

That might not sound like significantly less than the 900W version, but small increases in decibel levels actually have a large perceptual impact. Every 10 decibels indicate a noise is about twice as loud. Consequently, the 900W is capable of being nearly one third louder than the 600W.

How loud do you need the speaker to be? It largely depends on personal taste, and partially on the size of the spaces you’re looking to fill. If you’ve got an auditorium with 800 people seated inside, and you want a speaker that’s not just audible but outright loud, then you might be able to take advantage of a 900W unit.

If you’re filling a smaller space within your home, and you don’t want to listen to music at deafening volume levels, the 600W quickly becomes a fully capable selection. In either case, both speakers are able to become louder than your doctor would approve. Reaching nearly 100dB means either of these speakers can be comparable to the sound of roadside construction equipment. 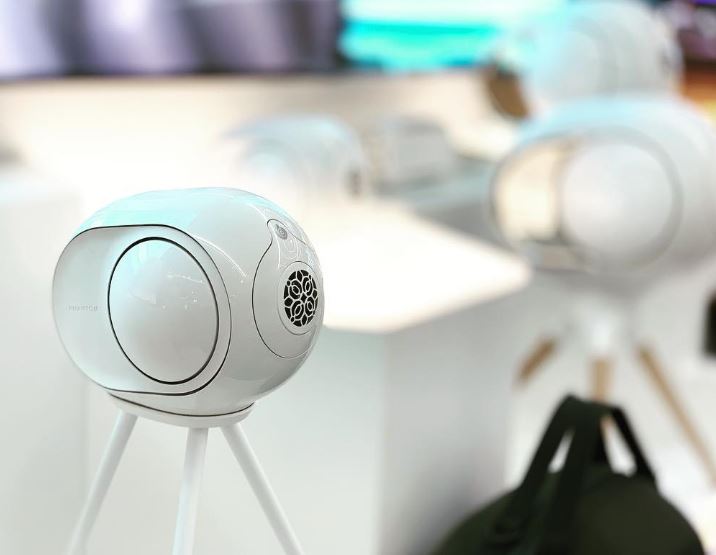 On the software side of things, Devialet ensures a smooth audio experience with the assistance of technologies like Speaker Active Matching, which can help promote audio fidelity. There’s also Heart Bass Implosion tech, which is an acoustic process to help create bass lines with a greater impact.

With respect to its physical design, audio quality is the result of an analog-digital hybrid. Devialet combined a Class A analogue amplifier with Class D digital technology. It’s all wrapped around the Active Cospherical Engine technology, which refers to the spherical build, which helps create more of a 3D sound from its acoustic form. It’s also what allows the Devialet Phantom Reactor to disperse energy in all directions.

Both Phantom Reactor speakers are constructed with a pair of push-push woofers, which are Devialet’s own special subwoofers. They provide infra-bass in the 18Hz range, which is tonally similar to having a subwoofer in the room. It helps to give the bass real depth, and adds a subwoofer-like punch to the soundscape.

At the true heart of the design is one full-range speaker, intended to manage all other tones. This dynamic speaker isn’t specialized to provide treble like a tweeter, but it nevertheless allows for sharp treble peaks stretching out to 21Khz. That amplitude is achieved without distortion or noise thanks to more of Devialet’s proprietary technology. 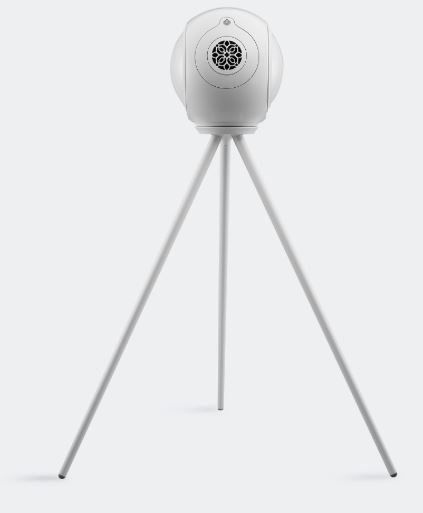 Different wattage can yield different sound quality. But with these speakers, you only experience those kind of differences when you push the sound to its outer limits. For example, the Phantom Reactor 600W and 900W almost sound identical until the moment you start to regularly exceed 600-watts with your music.

When both cars are driving through a residential neighborhood at 20-miles an hour, there just aren’t many opportunities for significant differences to come out. When you’re cranking the volume to 11, and you expect to fill a bigger space with all that music? That’s when the extra wattage of the 900W version can make the most of the Devialet Phantom Reactor and its hardware. 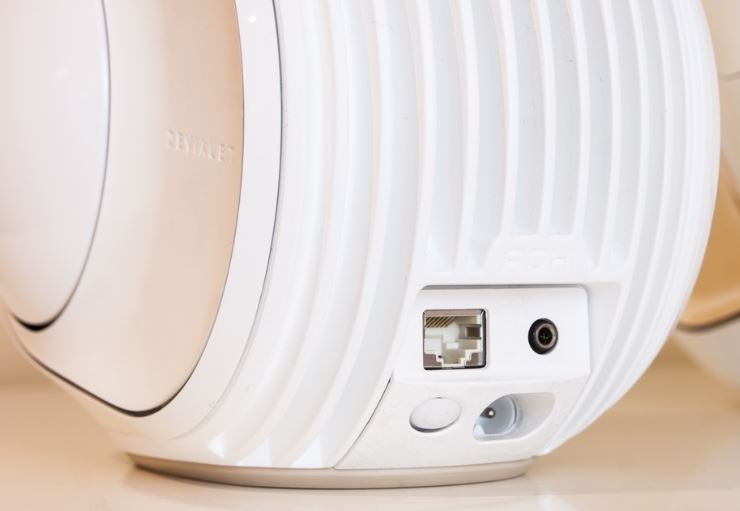 Speakers like the Devialet Phantom Reactor project sound in all directions. That makes them much easier to setup than speakers which push sound in a single direction. But there are a handful of minor complications. For example, unidirectional speakers can be neatly tucked away.

You don’t want to position a speaker like the Phantom Reactor up against a wall. You don’t even want the speaker to be significantly closer to one wall than another. Because the speaker is capable of adapting to different positions within a room, you don’t need to take pains thinking about this kind of thing.

The Reactor 600W and 900W include a very high quality stand, which Devialet calls “legs.” These legs are white, matching the Devialet Phantom Reactor itself. They’re composed of an ultra-solid isostatic base, with a special security mechanism to ensure the speaker stays locked on. They weigh about four pounds and measure 18 x 15.5 x 18-inches. Sold separately, these legs are around $170. 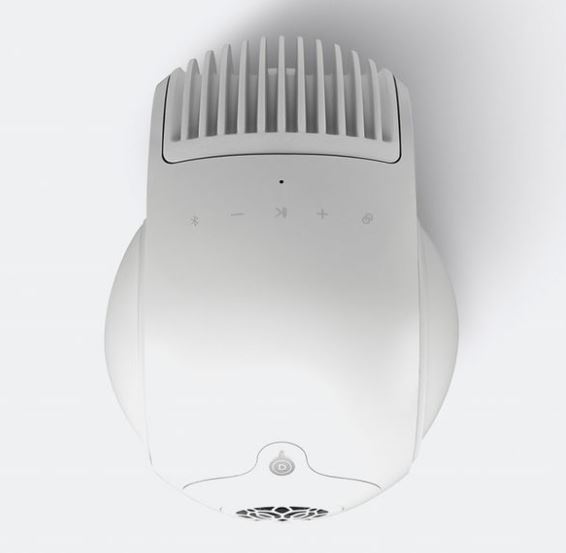 Who Should Choose Devialet Phantom Reactor 600W or 900W?

In a superficial sense, the Devialet Phantom Reactor 900W is outright better. Things aren’t quite that simple because you need to consider what’s expected from the speaker, and what circumstances it’s placed in. There are plenty of situations where the 600W would be scarcely distinguishable from the 900W.

Both take up fairly little space within a room. They’re small enough to hold in your hand, yet loud enough to play the full depth of an orchestra. And setting either of them up is quite simple because like many audiophile speakers, Phantom Reactor are capable of detecting the environment around them, and adjusting their sound to accommodate their current position.