When you need extra storage, a Micro SD card can be incredibly convenient. It’s a ubiquitous format that’s used by phones, tablets, cameras, and dozens of similar small devices. People love them because they weight virtually nothing, they’re about as small as a thumbnail, and portable to match. But at the end of the day, drives of that size do have their limits.

Relative to their size, Micro SD cards perform amazingly well. But their read/write speeds are noticeably finite, especially if you’re trying to move large quantities of data. Furthermore, anyone who’s used an SD card extensively will know their total lifespan can be as short as any other type of storage drive. That’s why selecting the right Micro SD card for your own use is largely about finding the right speed, capacity, and price for your specific needs.

You may not have noticed, but most SD cards are constructed around speed. In the interests of saving files to your phone or moving photos from a camera, speed is one of the best things you can give to a storage drive. But the Samsung PRO Endurance Micro SDXC card is a little different. Rather than building around speed, the PRO Endurance is made to endure a steady stream of data writing. 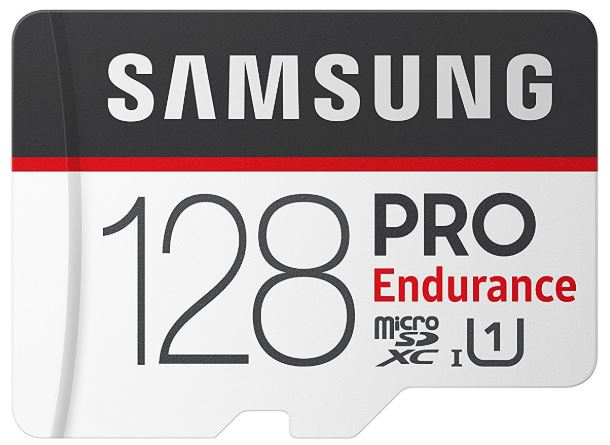 Just how long do the PRO Endurance cards last? It actually varies from one card to the next, with the strengths of each card being proportional to their storage capacity. For example, consider the 128GB version of the PRO Endurance. Apart from offering you all the storage you could ever need for 1080p footage, the card is made to endure 43,800 hours of video recording. When all is said and done, that’s roughly equivalent to five years of constantly use before the card reaches the end of its approximated lifespan.

And you find proportional lasting power in the small versions of Samsung’s Pro Endurance Micro SDXC cards. The 32GB version is rated for lasting through 17,520 consecutive hours, which is roughly two years. The 64GB version is ready for 26,290 hours, which is about three years. And as mentioned, the 128GB version is good for the heavily advertised 43,800 hours or 5-year period.

If you haven’t been paying attention to the durability of similar SD cards, that’s quite a leap. Relative to its speed-oriented predecessors, these cards have roughly 25 times the endurance. From a cost saving perspective, anyone who does a constant stream of recording would be wise to pay attention to these differences. 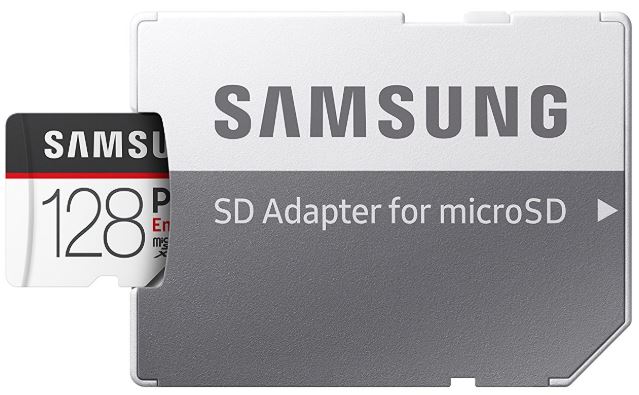 Apart from their lengthy lifespan, the Samsung PRO Endurance cards use much of the same modern SD card technology you’ll find on similar products. It uses SDXC technology, which allows these cards to store a wider range of data than SDHC cards. And it maintains the relatively high level of security people have come to expect of their portable storage options.

As far as speed goes, you’ll want to know that Micro SD cards are broken into class and UHC ratings, based on their minimum and maximum transfer speeds. A class 2 SD card has a minimum speed of 2 MB/s while a UHS 3 card has a 30 MB/s minimum. Of course, most of these cards are far quicker than their bare minimum speed. For instance, that USH 3 card may also have a maximum speed of more than 300 MB/s, making it ideal for writing high bandwidths of data like 4K content.

And these are the kind of strengths which all variants of the PRO Endurance line of Micro SD cards offer. All three use the same micro SDHC and SDXC form factor, helping them fit inside your most common devices, and reliably protect sensitive data automatically. And they all share the same relatively high 100 MB/s maximum and 30 MB/s minimum speed. While that’s not quite as fast as the speed-oriented cards you’ll find on the market, it’s more than enough for recording full HD content with ease.

When it comes to 4K content, the PRO Endurance cards are up to the task, provisionally. Under ordinary circumstances, you won’t have an issue recording 4K footage from your dash cam or similar devices. But if you’re using settings on your camera which drastically raise the file size of your recording, you may run into read/write issues that can only be resolved by using a speed oriented SD card. For example, you would have issues trying to record 4K footage at 90 frames per second. 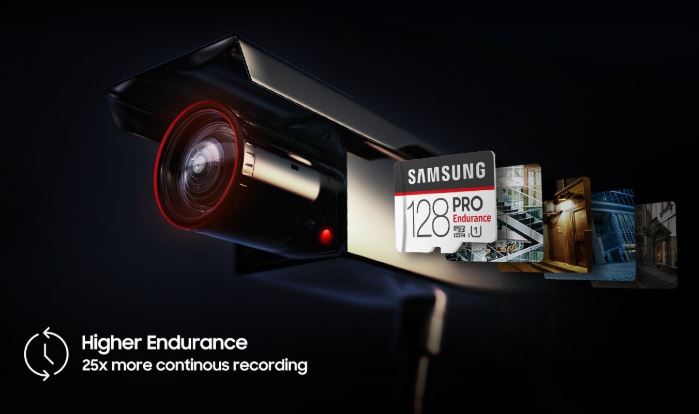 The Micro format is an exceptionally small 11mm x 15mm design. The card itself weighs less than half an ounce, and uses the typical form factor we’re all used to handling with an SD card. Putting aside the obvious, another striking feature of the PRO Endurance line of cards are their 4-proof protection.

Those four proofs are there to make the card water resistant, temperature resistant, x-ray resistant, and resistant to magnetics. If you’re using some type of security cam or dash cam, then you want to be assured your data isn’t going to get wiped out at the first sign of rain. And that’s more or less exactly what these proofs help provide. 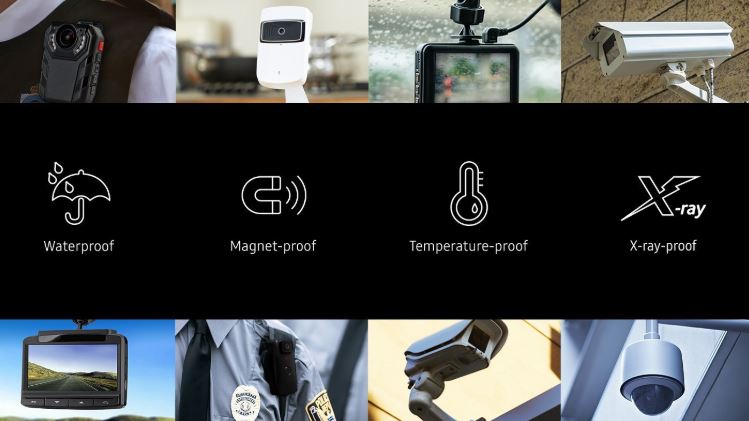 As far as water is concerned, the PRO Endurance has an impressive IPX7 waterproof rating. That means the card is equipped to handle some degree of submersion into water, albeit not for an unlimited period of time or depth. Samsung claims the PRO can survive up to 72 hours in seawater. Whether or not you’re eager to test that claim, their warranty makes it easy to believe.

For temperature resistance, the PRO Endurance line of cards have a wide operating temperature between -25°C and 85°C. If your electronics are over 85C°, then they’re probably melting. That wide range allows the PRO Endurance to take on some of the most extreme temperatures on the planet. You’d have to travel far and wide to find conditions too difficult for these cards.

The X-ray protection offers a good defense against things like airport scanning or air travel. As long as you don’t stick your card under an X-ray machine, it shouldn’t have a problem. Similarly, the resistance to magnetics is what could be described as light shielding. You still won’t want to rest magnets directly on your card, but short of that, you won’t have to worry about magnetics scrambling your data. 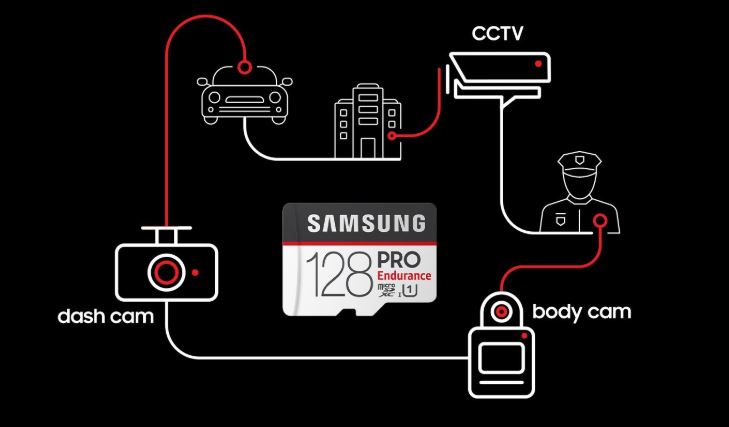 These cards have a manufacturer suggested retail price of roughly $90, $45, and $25 respectively, which makes them competitively priced alongside their speed based counterparts. That being a case, these cards offer a much better value than speed-oriented cards for anyone who’s doing a steady stream of video recording. Compared to a speed-based 128GB Micro SD card, you’re essentially getting 25-times the value. Over a couple of years, it’s easy to imagine someone a handful of security cameras could end up saving hundreds of dollars on replacement cards.

Who Should Choose a Samsung Endurance Micro SDXC Card?

The Endurance PRO line of cards were made with very specific uses in mind. If you’re doing recording in extreme environments, or your devices are going to be exposed to the elements, then these cards are a great choice. They offer a highly effective waterproof rating, temperature resistance, x-ray resistance, and resistance to magnetics. As long as you’re not going deep-sea diving or lowering your camera into a volcano, you shouldn’t have any concerns about losing your data. 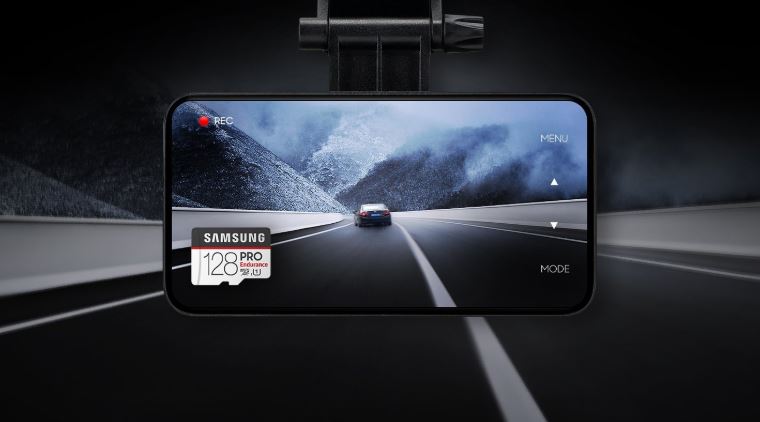 For security cams, body cams, dash cams, and similar recording devices, the Endurance PRO cards are nothing short of a bargain. Steady data recording can burn through SD cards like cheap light bulbs, but Samsung’s Endurance cards are about 25-times longer-lasting than ordinary SD cards.

If you’re shooting an exceptionally large stream of data, like you might see with 8K video, then you might not be able to use Endurance PRO Micro SD cards. Their speed is adequate for 4K content, but it’s still about three times as slow as the fastest SD cards on the market. For someone taking tons of RAW photos in rapid succession, you may want to choose a speed-oriented card instead. But ultimately, speed isn’t the selling point of these cards.

If you don’t have a specific reason to choose a speed oriented card or an endurance oriented card, the Samsung PRO Endurance cards are still a strong choice. They’ve got a full range of storage capacity options, and if nothing else, you’ll know your data is better protected than it would be on lesser cards. These cards were fairly clearly designed to be used on dash cams, security cams, and similar devices. But with a warranty that’s identical to the cards expected lifespan, it’s hard to call these cards anything short of a great value.