Headphone quality can be broken down into three groups. The lowest tier is made up of inexpensive headphones, which usually emphasize added features instead of sound quality. The highest tier is audiophile equipment, which usually costs thousands of dollars by the time you’ve got all the equipment you need. But there’s a middle point between cheap junk, and audiophile grade cans.

If you value sound quality but you don’t have an unlimited budget, that mid-point is where you want to find your next pair of headphones. From there, it’s possible to get your hands on high resolution audio that can reasonably be compared to the best headphones on the planet, but at a fraction of the cost. 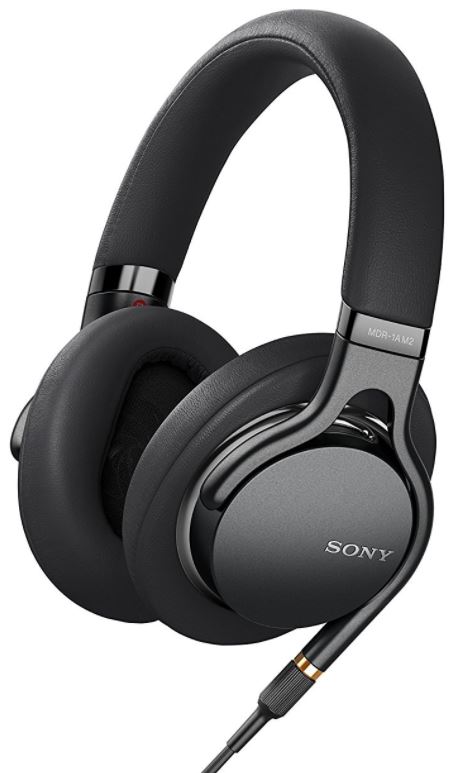 What’s the difference between a $300 pair of headphones, and a $1,200 pair of headphones? It depends on about a dozen different factors. High quality audio isn’t just a matter of having good headphones and lossless audio file formats. Great headphones have quality levels which allow you to hear the characteristics of the amplifier and digital-to-analog converter (DAC) that process your sound signals. In other words, after you’ve got a strong pair of headphones, the quality if the sound you get will begin to depend on the rest of your audio setup.

And that’s what makes Sony’s latest pair of circumaural headphones, the MDR-1AM2, stand out so well in an otherwise crowded market. After you push headphone quality to a certain point, the only way to improve it is to start adding additional devices. You’d need to get a new DAC, a better or more powerful amplifier, and to take advantage of any of it you’d need lossless audio quality media files. The MDR-1AM2 is as far as you can push headphone quality without requiring people to start making upgrades elsewhere, and that’s what makes it special. 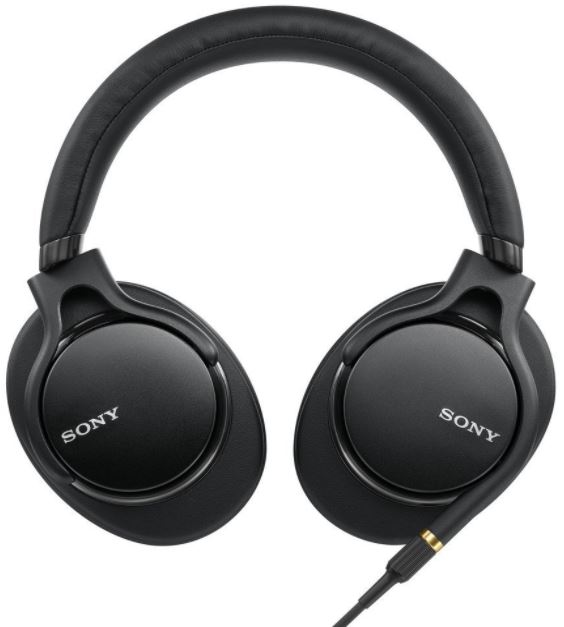 The MDR-1AM2 use a closed design, meaning the outside of each ear-cup is sealed to prevent sound from escaping. Open designs are like glossy computer monitors. Given perfect conditions, glossy screens look better than the matte screens that most monitors use. But glossy screens are glare-magnets, so unless you have perfectly controlled lighting, they’re not worth using.

Similarly, if you’re in an environment with zero noise, then open-design headphones produce a more spacious soundscape than you’ll get from closed designs. But the moment you add another person to your room, or another source of sound in your environment, closed designs become a better choice. They don’t provide much sound isolation, but it’s more than none, which is exactly what open designs provide.

From a technical standpoint, the MDR-1AM2 use large 40mm drivers which have been specially built to reduce material resonance, keeping sound quality high. Since the 1AM2 uses an over-ear design, their padding rests directly against your head, as the ear-cup encompasses your entire ear. Over-ear designs are built for lasting comfort, ensuring that your headphones are equally comfortable after 10 seconds or 10 hours of use.

And like nearly all of Sony’s recent audio equipment, the 1AM2 has an in-line remote mic to help you take calls, or issue voice commands. Although the quality of the mic itself is nothing to write home about, the fact it’s on board helps keep these headphones somewhat versatile. 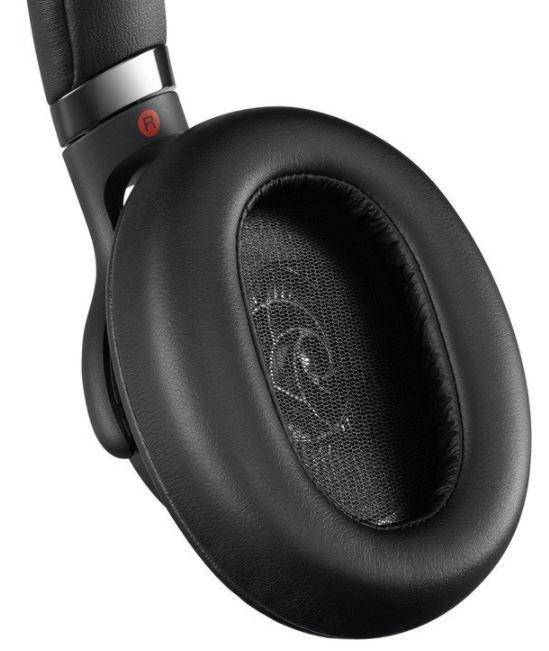 When it comes to the physical build of high-end headphones, the complaints of most consumers can be summed up in one word: plastic. People don’t like the idea of throwing down hundreds of dollars for a device that’s supposed to be high-end, and ending up with a pair of headphones that are constructed from a plastic we all know to be cheap.

People have an intuition that expensive things shouldn’t be made of plastic, and they should be heavy. That intuition turns out to be wrong when it comes to high end headphones, and the MDR-1AM is a clear example of why. It’s made of a plastic construction that looks almost identical to what you’d see on any ordinary pair of Sony’s headphones, and the fact they’re so lightweight doesn’t help that perception.

Consumer hatred for plastic runs so deep, you can find a number of headphones on the market using wood and metal constructions. But before you start looking for wooden headphones, you should understand why plastics are so widely used in high-end headphones like Sony’s 1AM2. 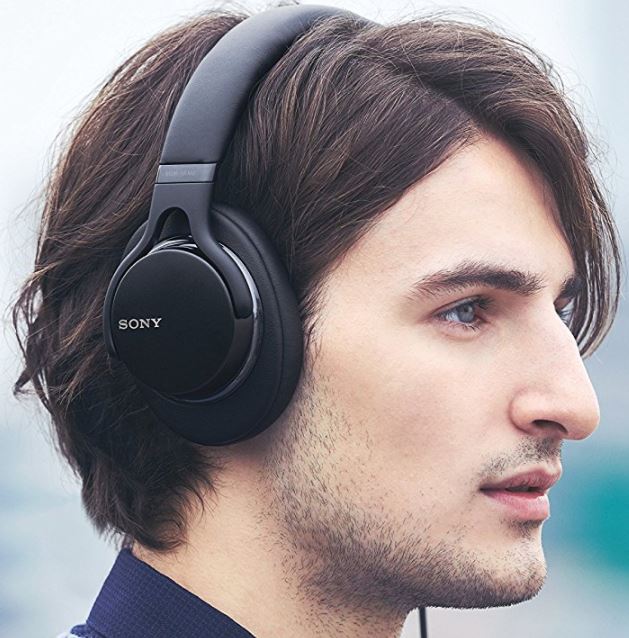 Headphones aren’t just another computer peripheral, they’re a device you have to physically wear on your body. In the case of over-ear headphones like the MDR-1AM2, you probably intend to wear them for hours on end. And headphone manufacturers know that even small amounts of weight can cause discomfort to your neck. Plastic designs are used because research shows they offer the best combination of comfort and durability.

As a consequence, most high end headphones are made from plastics that look and feel not much different than what you’ll find on much cheaper headphones. They defy our intuitions that expensive, high quality technology should be heavy and rigid. You have to actually put them on and listen to music to know what you’re dealing with. After you’ve had the 1AM2 on for a couple of hours, you’ll begin to understand.

Like many headphones in this price range, the MDR-1AM2 comes in a box that could easily double as its own carrying case. But inside the box there’s a soft carrying pouch that’s more suitable to carrying these headphones out with you. The box also includes two headphone cables, each a lengthy 4 feet. The first cable makes a standard 3.5 aux in connection, while the second uses a slightly larger 4.4mm connection. 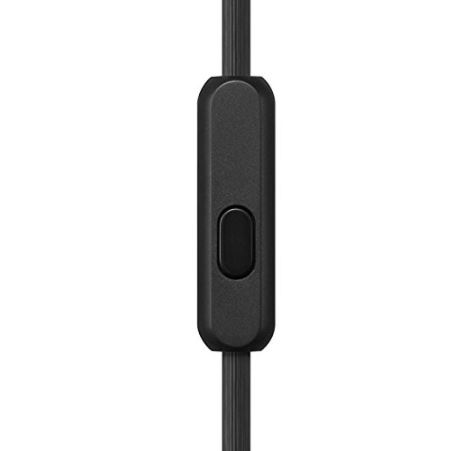 This might sound like insanity, but being able to change cables is actually one of the best features of the Sony’s 1AM2. By far, the number one cause of death for wired headphones is when their cable is gradually worn down by use. As you use wired headphones, their wires get pulled and twisted. Day after day, month after month, the wire takes abuse until finally shorting out. If you’re using a pair of headphones with a cable that isn’t detachable, then your headphones are dead the moment their wire fails.

When you’re laying down a few hundred dollars for entry-level audiophile equipment, you want to be assured it’s going to last. Among audiophiles, it’s not uncommon to hear of people getting their equipment to last for more than a decade. And that’s something Sony’s 1AM2 is ready to do. Not only is the cable replaceable, it uses a cable design that attaches to only one ear cup. Many headphone manufacturers are still using the ever-popular pigtail wire design, attaching to both ear cups separately. That design can cause uneven strain on one end of the wire, which can quickly lead to shorts in the wire.

As far as the technical specifications go, Sony advertises their headphones as providing an extra wide frequency range of 100kHz. If you know anything about frequency range, then you know that human perception is limited to about 20kHz. So what’s the point of having headphones that extend as far as 100kHz?

There are actually several advantages. From the perspective of a manufacturer, it ensures that your product and its power output will be well-within nominal specifications. As a result, you end up with less distortion in sound. For people doing editing in audio software, the point of higher frequency ranges is to provide better response curves, frequency response, and spectrum analysis. And for enjoying audio on your headphones, the point is to avoid building the soundstage so close to the edges of human perception, so you end up with less distortion with very high frequencies.

If you’ve never had a pair of high quality headphones before, then you’ve never had to worry about impedance. Many of the best headphones on the market need more power than ordinary devices can put out. Your laptop, smartphone, and MP3 player aren’t made to provide enough juice to run top-shelf audiophile headphones. 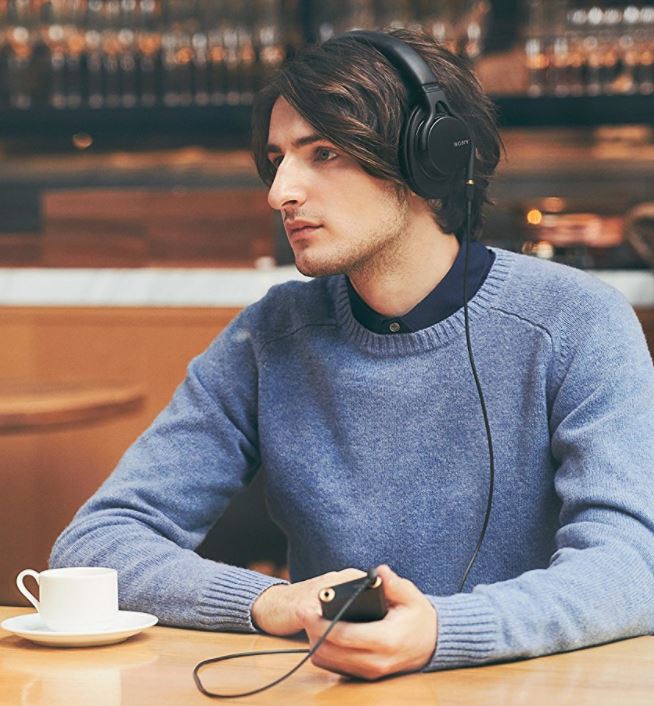 As a result, consumers who buy those headphones are left searching for a special amplifier to fully power their new gear. The output of smaller devices like phones simply isn’t enough to power them. Even desktop computers can’t adequately power audiophile headphones unless they’ve got a soundcard with an amplifier. In other words, you can easily end up spending hundreds more, and have to always attach your headphones to specialty equipment. But Sony’s 1AM2 require a relatively low 16 ohms’ impedance, which is perfectly adequate for pairing up with low-output devices, like phones and laptops.

Some headphones offer a neutral soundstage that’s good for analyzing every detail of a sound. Others have a soundstage that’s been built to enrich the mid-tones and high notes. After a certain level of quality is reached, the specific sound characteristics from one pair of headphones to another becomes a matter of taste. And Sony’s 1AM2 reaches that level of quality.

The soundstage of the 1AM2 is best described as balanced. These aren’t a pair of headphones built for bass-heads, though the bass response is well-represented, like it is with most Sony products. These headphones are built mostly around the mid-tones and high-tones that you’ll see in movies, voices, and most music genres. 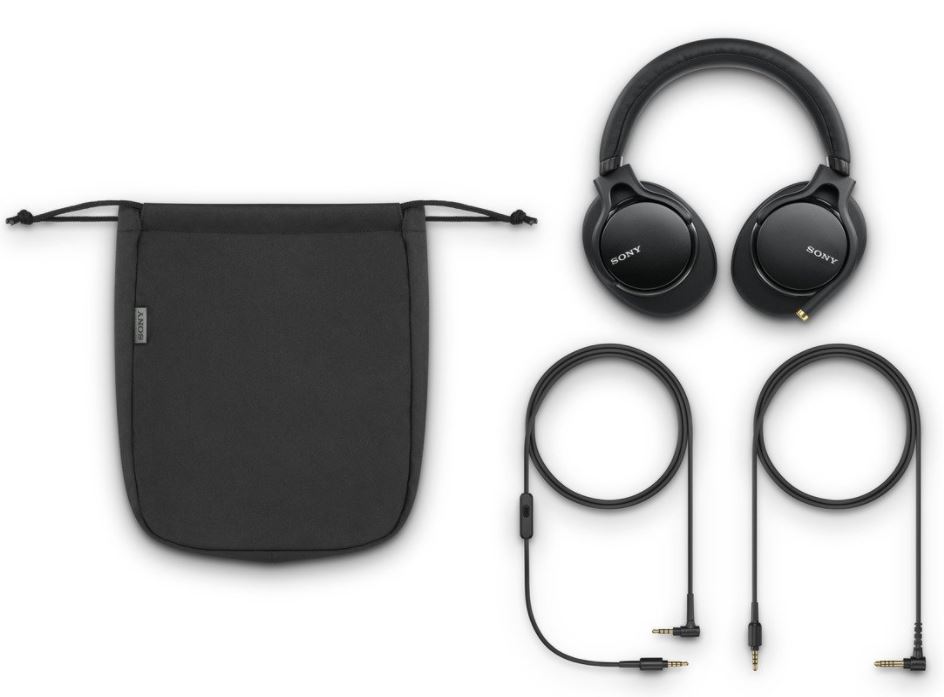 Who Should Choose the 1AM2?

You can throw an almost unlimited amount of money at audio quality, and continue to see small improvements. But at a certain point, you start reaching heavy diminishing returns, resulting in an increasingly small ratio of audio quality per dollar spent. The Sony MDR-1AM2 are a strong balance of price and performance. You’ll be able to hear what you’ve paid for without having to add on other audio components, which isn’t something that can be said for many worthwhile headphones in this price range.

If you’re doing 100% of your listening inside an environment that’s always completely quiet, and there’s no risk of your sound annoying another person, then these aren’t for you. You’d be better off with headphones using an open-design. And if you’re willing to spend a few hundred more dollars, then the 1AM2 isn’t the right choice. You’d be better off getting high impedance headphones and an aftermarket amplifier.

The 1AM2 is for people who want the best sound quality you can achieve without getting a second mortgage, and without involving a bunch of secondary devices. It’s for people who plan on doing most of their listening through laptops, smartphones, and other low-powered equipment. And it’s for people who plan on wearing their headphones for hours on end. For those people, Sony’s MDR-1AM2 is may be the least expensive way to access audiophile-quality sound.