If you’re installing a new PC, television, or other display, you may have some questions about different inputs. Over the years, we’ve reviewed several different monitors, so we understand that the struggle is real. The two most common types of modern inputs are DisplayPort and HDMI. So, what makes them different, and why would you want to convert from DisplayPort to HDMI? To answer that question, let’s first take a look at how these two formats came into existence.

DisplayPort was developed in 2006 by a consortium of PC and circuit board manufacturers. With the increase in popularity of HD displays, the older VGA and DVI standards were badly outdated. They needed a new standard that was capable of transmitting true HD video. DisplayPort was their answer to the problem. Because these were hardware manufacturers, they were less concerned with home entertainment. Instead, they were primarily concerned with professional PCs, data markets, and security applications.

On the other hand, HDMI was developed by a group of display manufacturers, including Panasonic, Philips, Sony, and Toshiba. HDMI was actually developed before DisplayPort, making its debut in 2003. The goal was to create a universal HD standard that would be compatible with all brands. Like the DisplayPort standard, the HDMI standard reflects its developers’ purpose. It’s designed primarily to maximize video quality, and is less concerned with ancillary features like easy splitting. Because it’s a universal standard, HDMI is nearly ubiquitous. It’s found on just about every modern monitor, television, and projector system. 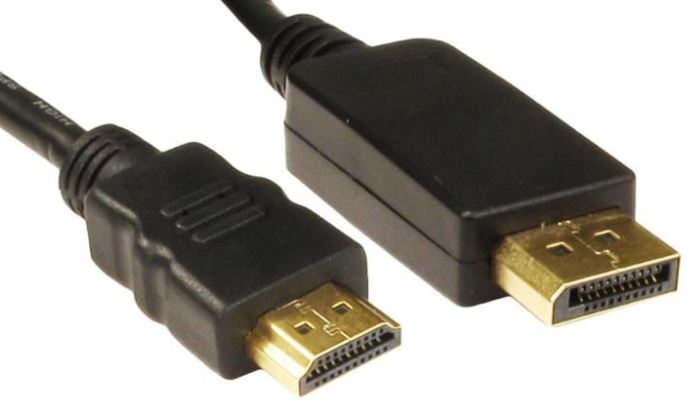 So, what does this mean? It means if you want to convert a DisplayPort signal to an HDMI signal or vice-versa, you’ll need an adapter. DisplayPort to HDMI adapters are relatively straightforward. They’re inexpensive, as little as $7 or $8 for a decent unit. That said, these basic, inexpensive adapters come with some limitations. Primarily, they don’t work with all systems. We’ll explain why in a couple minutes.

Things get even more complex when you want to convert from HDMI to DisplayPort. We’ll talk about that as well. But how exactly do active and passive adapters work? What makes one better than the other? And which option is best for home use versus professional use?

To understand, it’s important to remember why both of these standards were created. Remember: HDMI was created by display manufacturers, while DisplayPort was created by IT companies. To put things another way, DisplayPort is optimized for the source side. This includes PCs, AV receivers, and other, similar devices.

Conversely, HDMI is optimized for the display side, such as monitors, TVs, and projectors. Generally, if you’re trying to get the best picture, you’re generally going to be converting from DisplayPort to HDMI. That’s what we’ll be focusing on for the most part. Now, let’s take a deeper dive into different types of adapters!

HDMI’s DVI Origins – What Does This Mean for DisplayPort?

Before we talk about how these different adapters work, it’s important to understand how HDMI and DisplayPort work. To begin with, let’s take a look at HDMI. HDMI replaced the old RCA standard that had been used since the mid-90s. RCA was severely limited, both in picture quality and bandwidth. To upgrade their standard, HDMI’s developers looked to the IT industry. DVI had been used in the IT industry for years, and was ironically a precursor to DisplayPort. As a result, the standards are fairly similar in design. 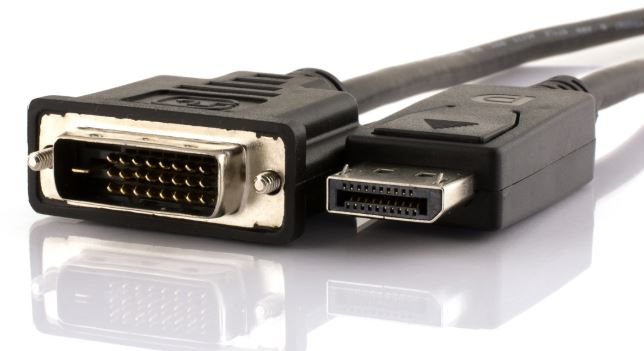 DVI was a 24-pin connector, and offered 1920 × 1200 video at 60 frames per second. Sadly, it did not carry an audio signal. By adding five more pins and improving the technology, HDMI was able to support 4K video and 32-channel audio. The profile has also been slimmed down to make it easier for consumer use. Furthermore, both standards utilize transition-minimized differential signaling (TMDS) technology. The specifics of this technology aren’t really important for our purposes. The point is that converting from DVI to HDMI is easy, as is converting in reverse.

The exception to this would be if you want to use resolutions higher than 1920 x 1200. In that case, you’d either need to downscale the video, or use a dual-link DVI cable. To do that, you need a more complex, active adapter. Another exception is if you need both audio and video. In that case, you’d need to run a separate cable for audio.

On the other hand, DisplayPort, despite being a replacement for DVI, uses completely different technology. It also uses a lower cable voltage, only 3.3 volts instead of HDMI’s 5 volts. So how can a passive adapter even work without added power? Let’s take a look!

DisplayPort to HDMI: Easy As Pie

The technology that allows a passive adapter to work isn’t actually a DisplayPort technology. Instead, it’s a GPU technology called DisplayPort Dual-Mode (DP++). DP++ isn’t technically part of the standard, but it’s available on most modern video cards. Check your specs to be sure.

DP++ is a simple feature. When the GPU detects an HDMI adapter, it will send an HDMI signal instead of a DisplayPort signal. The pins of the DisplayPort will be mapped to the HDMI pins, which makes conversion simple. You don’t need any special drivers or added hardware. Keep in mind, though, that this will only work for 1080p or lower resolution.

That said, what if your adapter doesn’t support DP++ output? In that case, you’ll need an adapter that can convert the signal and increase the voltage. This is what’s referred to as an active adapter. Active adapters cost more than passive adapters, and also require an external power source. To avoid going through this extra trouble, see if your GPU supports DP++ before you buy.

HDMI to DisplayPort: Not So Easy

This article is primarily concerned with converting DisplayPort to HDMI. But let’s suppose you want to go the other way around. Surely, this should be just as simple, right? Not so fast. The problem is that the HDMI standard does not support forcing a signal translation onto the GPU. As a result, a passive adapter isn’t going to work. You need an adapter with enough computing power to translate the signal in real time. As a result, all HDMI to DisplayPort adapters are active.

Should I Always Convert to HDMI?

So, why would you want to avoid using a DisplayPort to HDMI adapter? The answer is that it’s always best to use the same connection type whenever possible. In other words, if your PC or other device only has a DisplayPort output, you should use a DisplayPort input. At least when that’s possible. First off, any kind of conversion is inevitably going to result in a loss in quality. Secondly, the voltage change restricts the adapter’s speed. In other words, you’re going to experience lag over any connection with an adapter.

Personal vs. Professional Use

Before we wrap up, it’s important to point out that this all applies primarily to the consumer market. Consumer PCs are designed for versatility and compatibility. Professional video equipment, on the other hand, is a whole different ball game. Pro-grade GPUs typically don’t have DP++ capability. Instead, most pro-grade equipment uses a Field Programmable Gate Array or similar technology. In other words, they will only send a signal in the native format of the interface. If you absolutely must use a DisplayPort to HDMI adapter for pro-grade equipment, you’re going to need an active adapter. 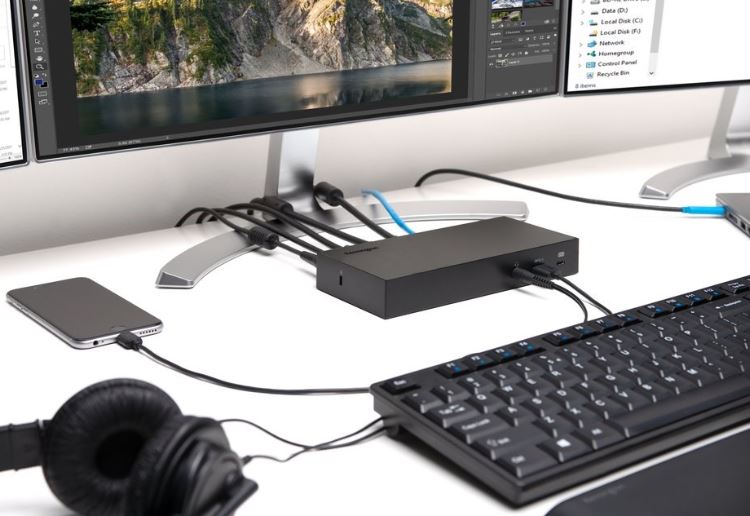 So, where does this leave us? When should you use a passive adapter versus an active adapter? To begin with, passive adapters are the easiest, most affordable solution. Provided your GPU supports DP++, they’re plug and play, so you don’t have to do any extra work. If you can use a passive DisplayPort adapter, you should.