There’s no doubt about it, 3D printing is the future of technology. For the first time, consumers have the ability to unleash their creativity in the form of a tangible 3D object, all from their desk. 3D printing had implications in many different industries. Users can recreate simple, damaged parts. They can create add-ons for existing products, and use the real world as a reference for their imaginative efforts.

But there is one missing piece of the equation. We can theoretically create parts by carefully measuring existing objects, but it’s impossible to achieve a high level of accuracy with this method. 3D scanners allow you to take a real-world object and digitize it into an incredible 3D model, ready to be edited in your 3D printing program of choice.

3D scanners aren’t anything new. After all, some rudimentary models were used to create the weapon models in the original DOOM. But we’re just getting to the point where the technology is both affordable and functional. We’ll be taking a look at the three best desktop 3D scanners on the market for 2017. After we explore the options, we’ll help you find the one that’s right for you.

When they released the SLS-2, consumers finally had access to high quality structured light scanners. But to everyone’s surprise, they released the SLS-3 that brings some impressive upgrades to the platform. This 3D scanner is often passed by due to its high price, but it’s one of the best on the market. It’s made primarily from off the shelf components, and David Vision Systems has released the source code for the platform free online. Many users have been creating their own, and found that there is almost no savings compared when purchasing a premade model. 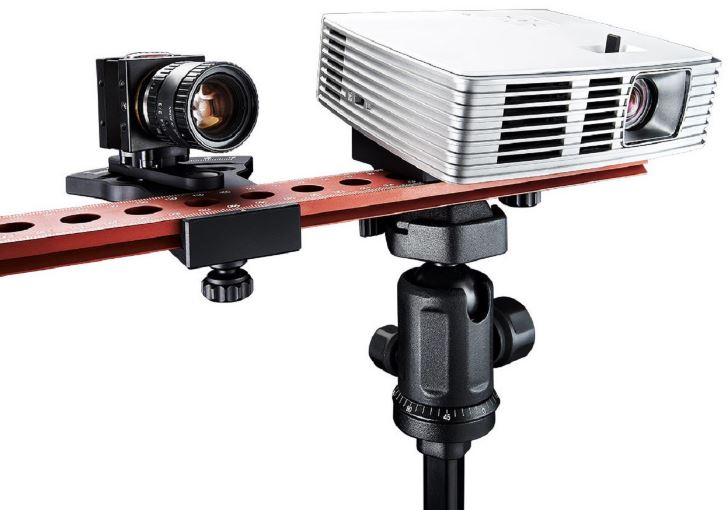 Structured light is a unique, and highly effective way of scanning 3D objects. You’ll notice the large HD projector off to the left. If you’ve ever walked in front of a projector before, you know how the light can bend around you when you’re in its path. Structured light uses this to its advantage. It broadcasts a grid of light, and looks at how the image is distorted through its powerful HD camera. Using the David 4.3 software, it can translate very tiny distortions into extremely detailed 3D models, all without any user intervention. 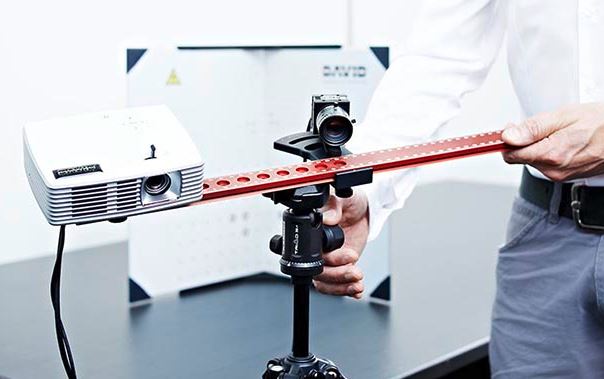 There are two steps required to produce the data for a 3D model. The output stage is handled by the 1080p projector, which is capable of 2000 lumens of light output. For this reason, it’s ideal for use in moderate light settings. To compensate for this, the camera has an extremely high ISO speed, allowing it to capture clear images even in low light. But the camera doesn’t just read the vertex data, it also scans the actual visual appearance of the image. This makes what’s called a “skin,” or a 3D image that can be layered over your model to make it look realistic. 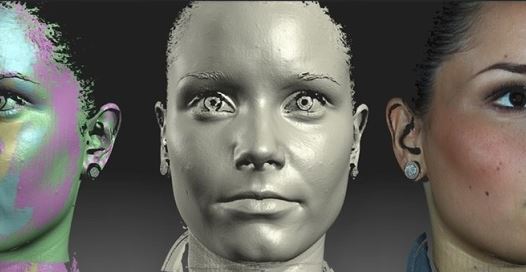 The SLS-3 is capable of scanning images that measure anywhere from 50 to 500mm in length, width, and depth. It might not be suitable for scanning massive objects, but it’s still one of the largest scanners on our list.

Because it’s light based, it’s accuracy is relative to the size of the object. Its resolution is equal to 0.05% of the scan size. For example, A 25mm object would be accurately recreated down to 1.25mm. But this is just for a single scan. It’s possible to do multiple scans for the same object. When done correctly, resolutions of up to 0.05mm are possible. 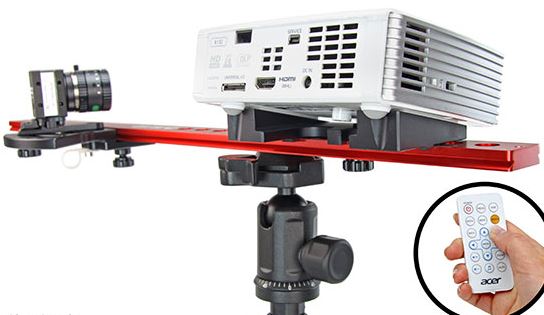 Once you fire up the included software, you’ll be taken through a wizard that will take you step by step through the process of scanning a 3D image. When done correctly, multiple scans can easily be combined into a single 3D image. This allows you to get higher level of detail than you would with just a single scan, giving this 3D scanner a lot of power. Once you’ve got your model ready, there are a number of formats you can export it to.

OBJ, STL, and PLY files are all built in, and there are extensions that add support for other file formats if you need. Unlimited detail is supported, although the amount you get will depend on the scan. Each individual scan has a mesh density of 2,300,000 vertices per scan, so your file sizes can get large pretty quickly if you’re doing a lot of scans per file.

Matter and Form is a company that focuses exclusively on 3D printing and 3D printing accessories. Their products have all been well reviewed, and are known for being highly affordable. These 3D scanner was made to work primarily with their own printers, but it’s software is very universal and will work with virtually any 3D modelling software that can use STL files. 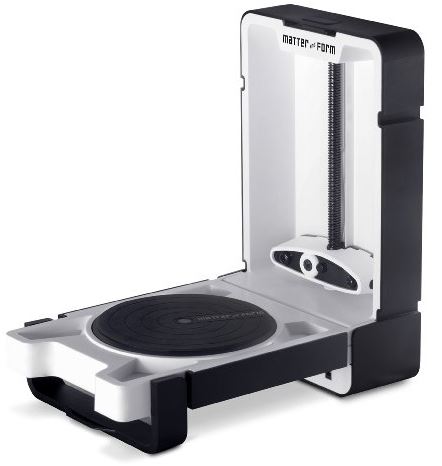 The Matter and Form MFS1V1 3D Scanner uses an advanced scanning algorithm that makes the unit much more affordable than competing models. It only needs two simple components to make an advanced 3D model – a rotating bed and a camera. All you have to do is place the object on the circular platform, and start the scan. It will slowly rotate, with the camera studying a real time feed to determine the 3D composition. By comparing the edges of the object against the texture on the front, an impressively accurate 3D model can be created. 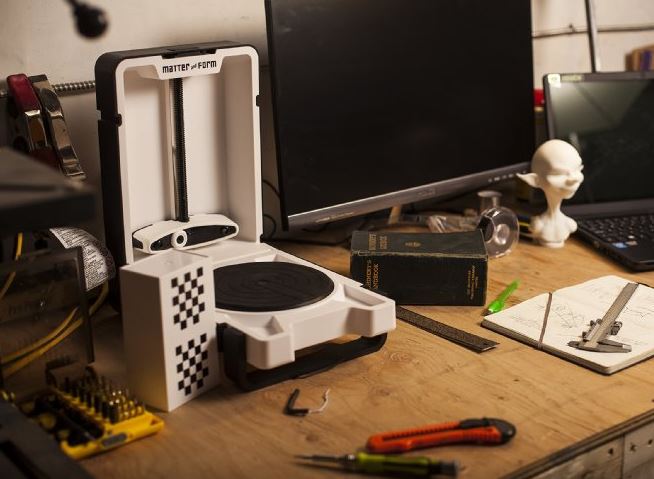 This 3D scanner uses something called “adaptive scanning” that allows the hardware to physically adjust itself to match the job at hand. This allows its seemingly simple components to create a seriously powerful piece of kit. On it’s own, the simple 1080p camera wouldn’t be suitable for scanning large objects. To improve its performance, Matter and Form has attached it to a height adjustable rail. This allows them to use a tighter zoom, and scan objects in higher resolution by taking multiple photos as the camera slowly glides up the rail.

Because the object base rotates, it’s capable of using a lower field of view to get full coverage. The scanner does take a little longer than some models, but you get the same high quality result for a much lower price. 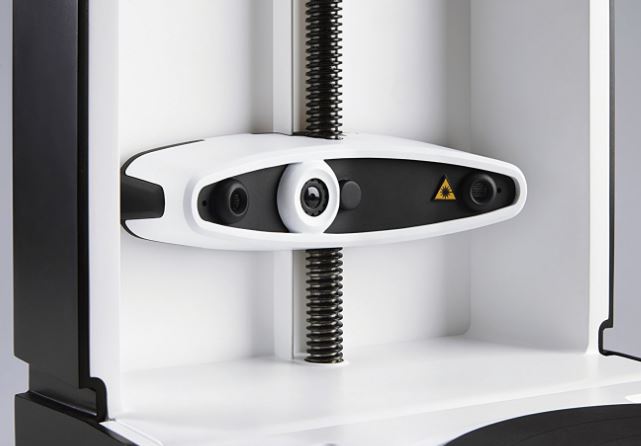 Measuring the accuracy of 3D scanners isn’t always easy. Some scanners might be capable of incredible resolutions, but for simpler objects this has no added benefit and forces you to deal with massive file sizes. Although this scanner is capable of very high resolutions, it’s algorithm forces it only to create points where needed. On paper, this might not seem as powerful. But in the real world, you get some very high quality results.

Even looking at the sample images, you can see that the 3D models are almost indistinguishable from the original copy. But if you look carefully, you’ll realize that some very minor details are missing. Essentially, what’s happening is the system is carefully designing a model that looks as close to the original as possible, but this results in a very small amount of smoothing. 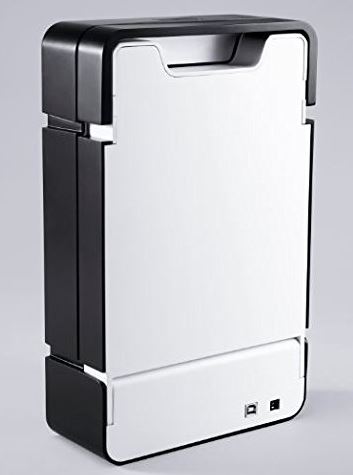 When you first open the scanner, you’ll need to go through a brief setup procedure. You can install the free application from the included disk, or you can easily download it off the internet. We recommend downloading it if possible. Their program is updated very regularly, and we noticed a significant performance improvement when updating from the bundled version to the latest copy.

Once calibration is complete, you can initiate a scan. The software will automatically control the scan speed and level of detail, so scans can take just a few moments, or they can take several minutes. You won’t commonly encounter long scans, but when you do you’re able to capture a level of detail that just isn’t possible with all affordable scanners.

Having been involved in the 3D scanning industry for many years, Einscan has built their brand around high quality products that deliver on their promises. For several years they were focused primarily on business clients, but as development costs are dropping they’ve recently taken their high end technology and repackaged it in a form that can be used by consumers. 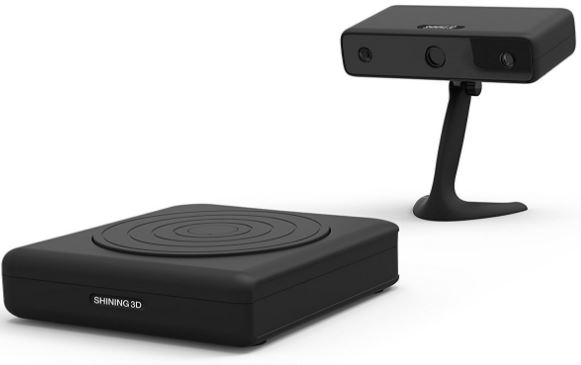 The Einscan-S 3D Scanner is equipped with three cameras, each of which has different sensitivity settings. This is what’s known as a “white light” 3D scanner. It looks at a very specific spectrum of light to better map the surface of the object you’re trying to scan. By looking at it through multiple lenses, it’s able to produce more detail than most camera based 3D scanners. 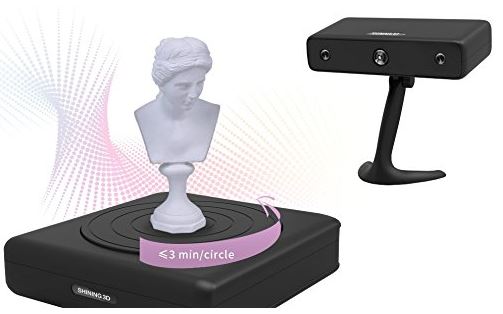 The hardware in this 3D scanner is very similar to the Matter and Form model, although there is a few key differences. For starters, the object tray is much larger. This allows it to scan objects up to 700 millimeters in any direction. 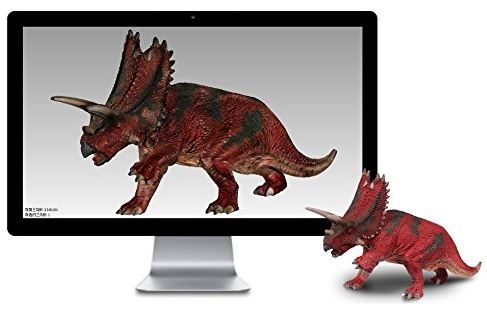 This is actually one of the most accurate 3D scanners that you can buy for less than $1500. It’s capable of consistently developing objects that are accurate within 0.01mm, regardless of the size. It’s also capable of “texture mapping” using a photographic image to display additional details that wouldn’t normally be visible from your standard scan.

After testing a number of different 3D scanners, we’ve found that this one is the easiest to use. When you first open the included software, you’re given two modes. Automatic scan does exactly what you’d expect, and scans your object automatically by algorithmically choosing the options that the program believes is best for your object. We tested a variety of different objects with it, and found it to be surprisingly accurate. Although we didn’t come across any issues, the program does give you a huge list of options.

If you’re interested in taking control over how the final product turns out, we’d recommend giving “free scan” a shot. Free scan is a scanning mode that gives you complete control over every option. Just like program mode on a digital camera, you can choose the options you want and let the program work to figure out the rest of them for you.

Which 3D Scanner is Right for Me?

There are two main factors you’ll need to consider before you choose a 3D scanner. The first is the quality of your printer, and the second is how much you’ll be editing the 3D model. If you have a basic 3D printer, the Matter and Form 3D Scanner should be more than enough for you. It’s very affordable, and still produces surprisingly detailed results.

Of course, if you want the best of the best there is no better choice than the David SLS-3 3D Scanner. This handy device is one of the most powerful 3D scanners on the market. It will spare no detail, making it perfectly suited for those of you who want to edit 3D models with precision, or get your models professionally printed on a business grade printer.

For a good balance between price and performance, the EinScan-S 3D Scanner falls right in the middle. It’s still affordable for most users, but uses advanced algorithms and the latest technology to produce top notch 3D scans that can be used for virtually any purpose. Even if you’re a beginner, the simple software ensures that you’ll have no problem getting started.