For anyone who’s buying a new Bluetooth device, some of the terminology can get confusing. This is understandable. Bluetooth is Bluetooth, right? What difference does it make whether it’s Bluetooth 4.2 or 5.0? For some applications, there’s not any noticeable difference. But for other applications, the upgrade from 4.2 to 5.0 is the difference between night and day. Bluetooth 5.0 is used in the majority of modern Bluetooth earbuds, and there’s a reason for that. It’s a major improvement over older Bluetooth technology.

So, why is that? There are a handful of advantages. These include lower latency, higher bitrates, dual device support, longer range, and better stability. To understand why you should opt for Bluetooth 5.0, it’s important to understand each of these features. One thing we should note is that Bluetooth 5.0 isn’t only advantageous for audio devices. It’s also an essential feature for many Internet of Things (IoT) devices. We’ll point out those advantages where they’re appropriate. That said, we’re going to focus primarily on audio quality for Bluetooth earbuds and headphones. Let’s get started!

One significant advantage of Bluetooth 5.0 is lower latency than Bluetooth 4.2. Now, you might be wondering why latency happens in the first place. The reason is that Bluetooth audio is compressed for ease of transmission. This means that the signal being transmitted isn’t raw audio. Let’s say you’re listening to an MP3 track on your iPhone. Your phone converts the audio into a compressed format, then sends that data to your earbuds. The earbuds unpacked the compressed data and play back the audio. 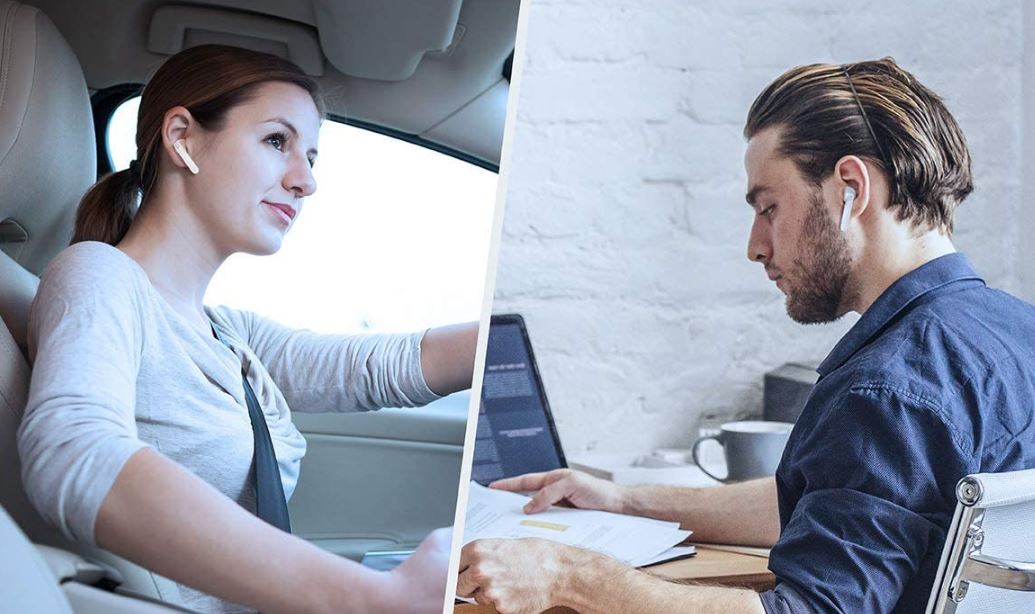 When you’re just listening to music, this isn’t a big deal. Who cares if your audio is 40 milliseconds behind what it says on your phone? The problem arises when you’re watching a movie or video. Your screen will display the video directly from the feed. On the other hand, your earbuds are lagging behind. This means that the audio is not synchronized with the video. It can look weird and off-putting, and ruin the experience.

Bluetooth 5.0 is a faster technology that doesn’t take as long to compress and decompress as Bluetooth 4.2. This makes it far superior for watching movies or playing video games. That said, the exact audio protocol also has a role to play. When in doubt, look for earbuds that support the aptX Low Latency protocol. At the time of this writing, it’s the fastest way to compress and decompress audio on the fly.

Bitrate refers to the amount of data that can be transmitted in a given amount of time. The higher the bitrate, the more data you can transmit. In modern wireless electronics, bitrate is typically measured in megabits per second (Mbps). In this regard, Bluetooth 5.0 is a significant upgrade over Bluetooth 4.2. Bluetooth 4.2 supported bitrates of up to 1Mbps, while, Bluetooth 5.0 supports twice that, or 2Mbps. This is helpful for IoT integration as well as Bluetooth audio.

If you’re already familiar with bitrates, you might be confused at this point. After all, even very high quality MP3 files play at 320Kbps, or less than a third of Bluetooth 4.2’s capacity. Why is the higher speed so important? The answer is that 2Mbps is Bluetooth 5.0’s maximum speed. That speed assumes a perfectly clear connection, with no interference or degradation due to distance. Under real world circumstances, your actual performance may vary. By doubling the bandwidth, Bluetooth 5.0 offers a lot more wiggle room to compensate for signal issues. Long story short, your songs are going to sound richer with Bluetooth 5.0. 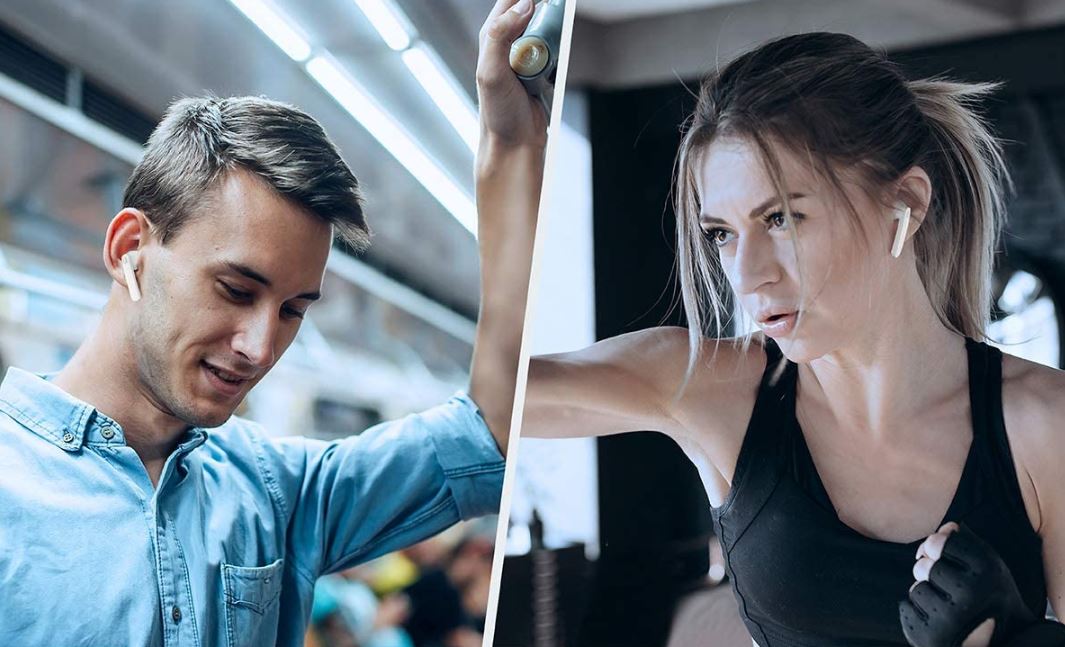 Bluetooth 5.0 offers one major upgrade that isn’t available at all with Bluetooth 4.2: dual audio. This means that you can pair your phone or MP3 player with two pairs of wireless headphones simultaneously. You can stream to them both at once, and share music with your friends. This is a great feature if you’re on a road trip with kids. They can both watch a movie at the same time, while you can focus on the road. It’s also a great feature for home audio. You can pair a single audio source with two Bluetooth speakers that are located in different rooms. In addition, you can also stream two different audio sources simultaneously. If you and your traveling companion aren’t into the same music, you can still share the same device.

Keep in mind that not all Bluetooth 5.0 devices support dual device connections. In fact, most don’t. But the Samsung Galaxy S8 and newer do. As the technology becomes more affordable, expect to see it offered by more manufacturers. But don’t assume your phone or tablet supports this feature. Check the manual first to make sure you’re not expecting more than your device can offer.

When it comes to range, there are many factors at play. As a result, it’s tough to make a hard and fast rule. Primarily, your range is going to depend on the power of both your device and your earbuds. If the internal Bluetooth antennas are weak, you’re not going to get the most possible range. That said, the protocol is also a factor. In this regard, Bluetooth 5.0 also outperforms the earlier Bluetooth 4.2 protocol. With Bluetooth 4.2, you get a maximum range of 50 meters, or about 164 feet in an outdoor environment. Indoors, you get 10 meters of range, or about 32 feet. 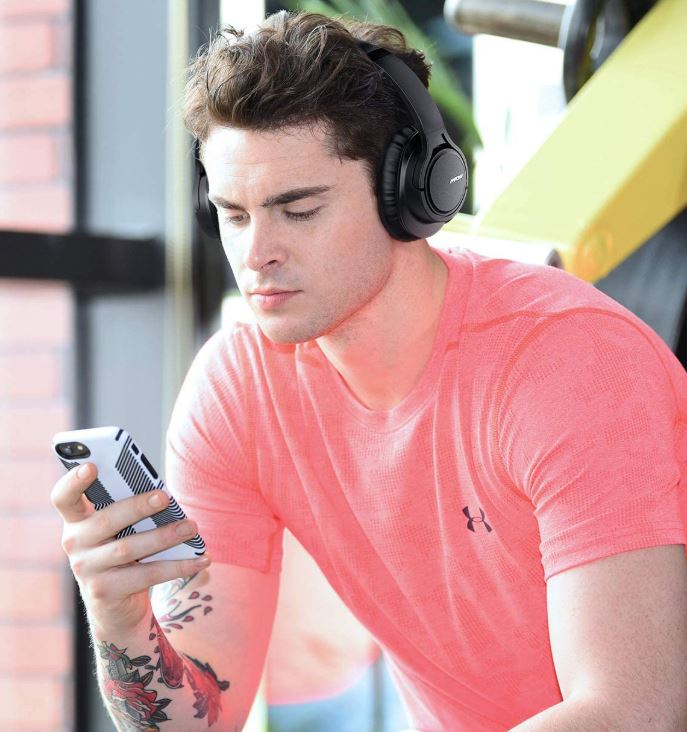 Bluetooth 5.0 quadruples this. Outdoors, you get 200 meters of range, or about 656 feet. Indoors, you get 40 meters, roughly 131 feet. Why the difference between outdoor and indoor range? It comes down to obstructions. In terms of these ratings “outdoor” means “unobstructed”. So if you’re in a crowded urban environment, you can expect less range. Similarly, if your indoor environment is a wide-open bowling alley, you can expect more range. There are a lot of variables at play. Regardless, Bluetooth 5.0 offers a lot more potential – provided your devices can handle it. Needless to say, longer range is useful for IoT devices as well as audio devices.

Finally, let’s talk about signal stability. With Bluetooth 4.2, signal interference can often be an issue. This interference can come from any device that’s using a 5GHz or 2.4GHz band. The result is that your actual audio quality can be considerably worse than you’d expect. Not only that, but the signal can be unreliable and cut out at random. This is problematic not just for listening to music, but also for hands-free calling. If you’re in the middle of an important call, you obviously don’t want it to drop out. Just as obviously, a more stable signal is equally useful for IoT devices.

Bluetooth 5.0 is significantly more stable than Bluetooth 4.2. There are several reasons for this. For one thing, Bluetooth 5.0 can maintain a powerful signal with less power. This improves performance when your battery charge is questionable. In addition, Bluetooth 5.0 incorporates Slot Availability Masking (SAM) technology. Without getting too far into the weeds, SAM detects interference on different bands. When it detects interference, it automatically switches the signal to a different band with less interference. All this happens seamlessly in the background while you’re listening. 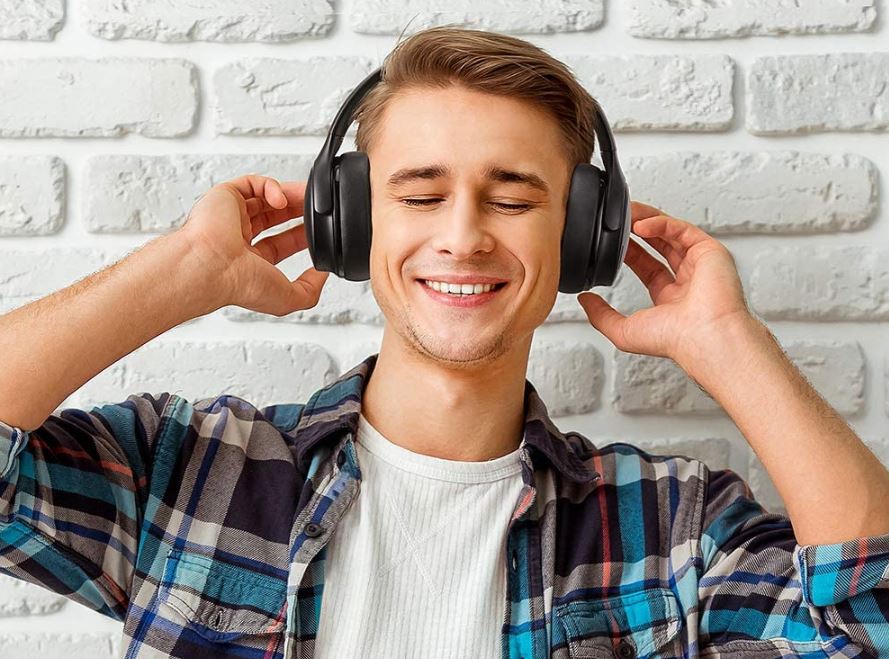 As you can see, Bluetooth 5.0 offers some major upgrades over Bluetooth 4.2. Which ones are most important are going to depend on what you’re looking for. Perhaps the most universal benefit is signal stability. No matter what you’re doing, a more stable signal is going to improve your experience. From there, things get a bit more subjective. For instance, if you’re just listening to music, latency isn’t a serious issue. But if you’re watching a movie, low latency is essential to enjoying the experience.

The higher bitrate is another major benefit. The higher your bitrate, the better quality audio you can listen to. With a crystal clear signal, you won’t notice much of a difference. But at longer ranges or with a weak signal, the higher bitrate is very noticeable. Speaking of range, Bluetooth 5.0 offers four times the range of Bluetooth 4.2. If your phone is in your pocket, this is a non-issue. On the other hand, in a larger space, it’s a huge improvement. Finally, Bluetooth 5.0 offers dual device support. This feature isn’t for everybody. But if you need it, you’ll appreciate the fact that it’s available.

Review of the iTeknic Over Ear Bluetooth Headphones
March 4, 2019