Portability and comfort don’t always go hand in hand. It can actually be quite challenging to find headphones that don’t sacrifice too much portability, or too much comfort, in order to achieve the right balance. When you start to look for extra features like ANC, things only get more complex. But when you do find that balance, it’s absolutely worth it in the end.

Dyplay’s Urban Traveller Headphones are trying to offer a lot. Because it seems like they don’t want to cut back on portability, battery life, new features, style, and every noise isolation. They want to do it all. To that extent, these are noise canceling headphones in more than one sense of the word.

Different headphones are made for different folks. You probably wouldn’t want to take these for a jog. But for blurring out the background noise in a busy office, or eliminating traffic noise, Dyplay’s ANC headphones have plenty of promise. 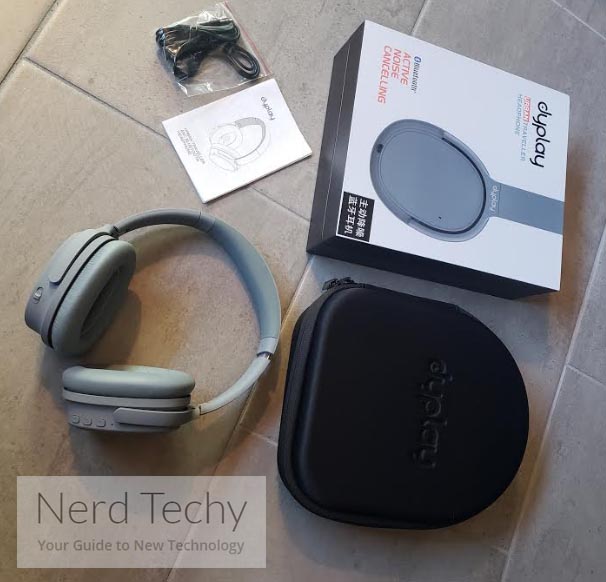 These Urban Traveller ANC Headphones make use of a full-sized over-ear design. As a consequence, you are basically free from the possibility of encountering serious comfort issues. But conversely, it also means these headphones a bit bigger than many more portable alternatives. Their full-sized body slightly detracts from their portability, though not by much.

Constructed with a light gray chassis, and primarily made from ABS plastic, these headphones don’t exactly look high-end. But they feel high end once you’ve got them on your head, or once you’ve started actually listening to your music. Additionally, these headphones don’t make the mistake of becoming too weighty. That’s tough to do with Bluetooth headphones, especially without sabotaging your battery capacity. 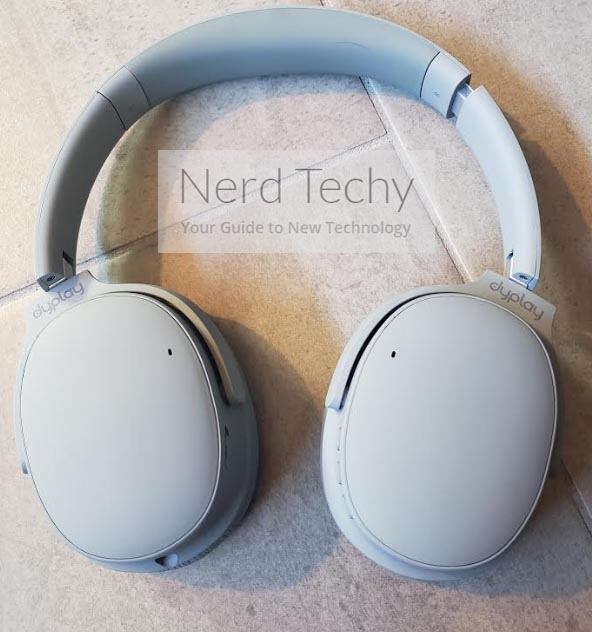 Actually it’s not just the over-ear design. For a couple of different reasons, Dyplay’s Urban Bluetooth headphones excel in comfort. They were also designed with an ergonomically friendly and highly adjustable headband. The padding on the headband isn’t especially thick, but that’s a signature design of portable over-ear headphones. As long as you’re still interested in portability, this thinner padding is great for keeping bulk down and flexibility up.

Speaking of flexibility, the headband and ear cups are highly foldable, so you can throw them in a bag without having to worry about damage to the headphones. That also makes it possible to wear these headphones with one ear covered at a time. Not bad.

The ear cups are made from fairly ordinary memory foam, which is protected with a special fuzzy protein fabric. The gentle fuzzy texture of the fabric feels pretty nice against your skin. Aesthetically speaking, it looks pretty unique as well. This fuzzy texture is actually used pretty often, but it’s typically colored black. Going with the gray coloring makes it a bit easier to appreciate.

With respect to adjustability, the ear cups can move in a full 90° range of motion. That’s essentially all you need for headphones to be adaptable to different head sizes and shapes. It also helps these headphones fold-up pretty smoothly, so they can be packed away, or placed into a bag without having to worry about damaging them. 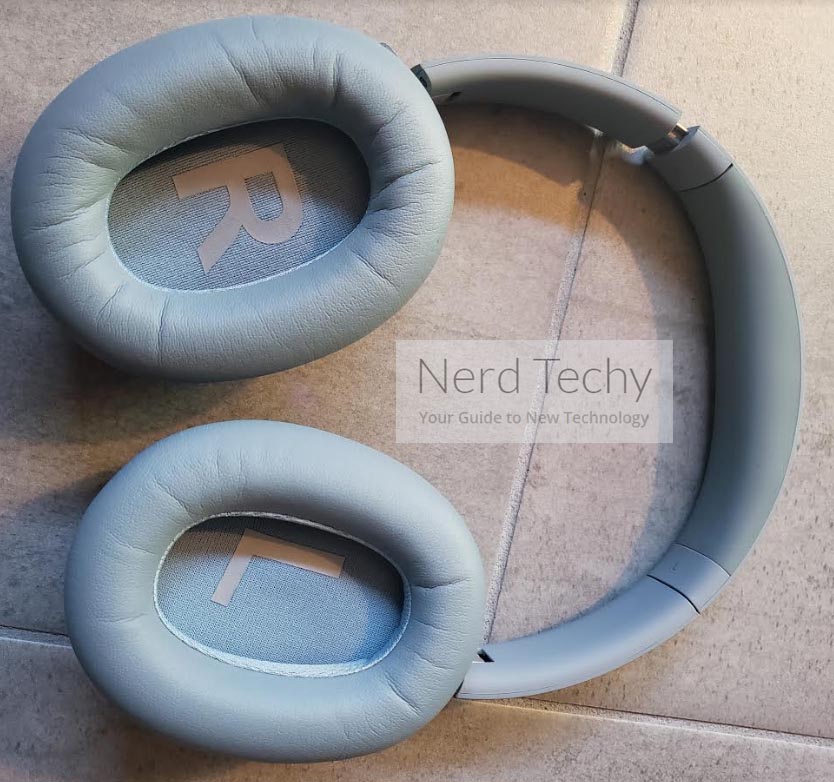 Each of those buttons is a multi-function button, so multiple taps can allow you to do multiple things. It means there’s a small learning curve to mastering these headphones. But they’re also simple enough to where, even if you forgot how many taps were needed, you could start guessing and everything would work out. 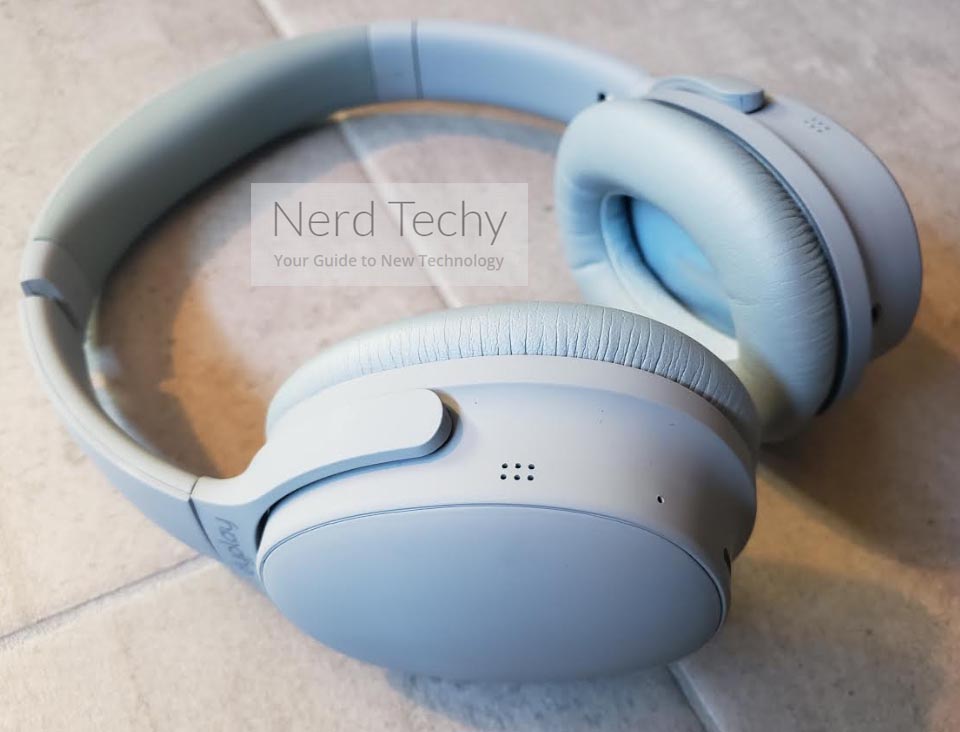 In addition to being over-ear headphones, which by itself provides some passive noise isolation, these headphones are constructed with ANC. It’s actually ANC that’s responsible for up to 25% of their price, so if you didn’t care about noise isolation, you’d certainly be better off with some simpler headphones.

ANC is getting more popular by the minute, but it’s still a fairly unknown technology for many people. If you’re not familiar, it works by proactively canceling out environmental noise in your ear canal, so environmental noise is reduced without having to blast your music to nullify it.

ANC isn’t very good for eliminating human voices. It makes them a little bit softer at best. It’s also not very good at eliminating very high-pitched noises. But it’s fantastic for removing droning bass tones, like the hum of an engine, the buzz of a fan, or your neighbor’s loud music. Dyplay’s ANC isn’t ready to go head-to-head with a brand like Bose, but it’s probably among the stronger options for over-ear headphones right now.

Of course, you have to keep in mind that ANC requires a fair amount of battery life to operate. You could basically think of it like increasing your battery consumption by about 20%, or raising your volume by about 20%. When listening to your music in an environment which doesn’t require ANC, you should consider flipping it off. 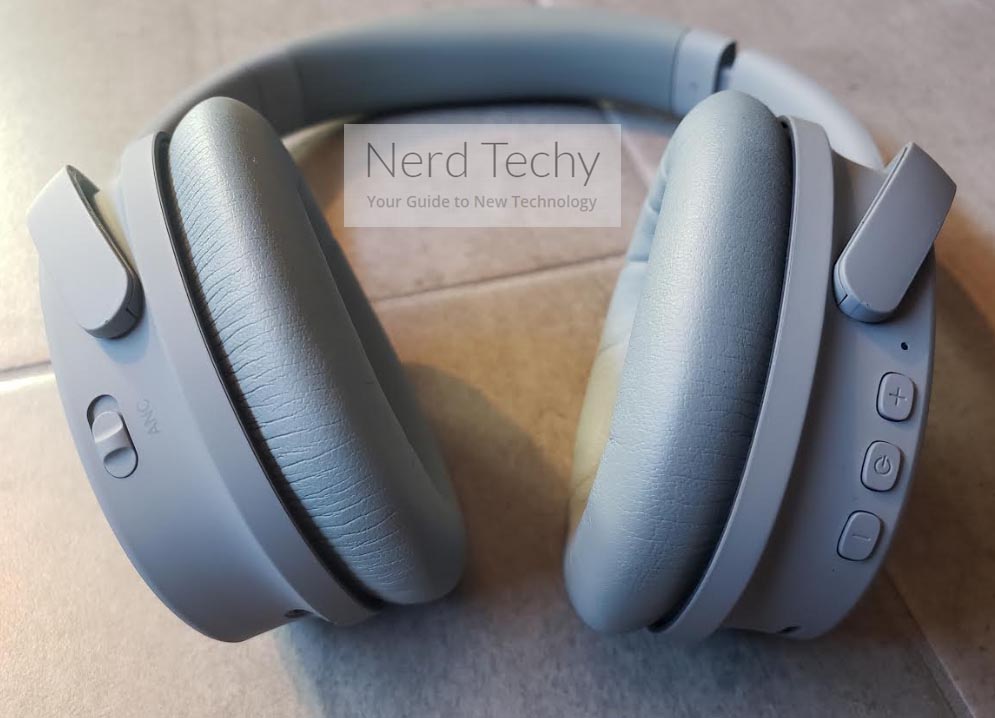 For sound quality, it’s important to note these headphones are constructed with 40mm drivers. That’s small-average, probably because these are intended for portable use. The slightly smaller drivers also help expand your battery capacity, while only slightly nipping at the edges of audio quality.

Speaking of audio quality, Dyplay’s headphones sound pretty good, but mostly as a result of the ANC. Because when the ANC is running, it means you can actually hear your music and focus on it. And without having to blast your ears with high levels of volume.

Getting into the soundstage, you’ll find the audio quality is pretty solid. Though similar to any pair of wireless headphones that cost less than a few hundred bucks, there’s room for nitpicking. The bass tones are a little muddled, and the treble range sounds like any pair of $50 headphones.

But these headphones aren’t really about creating their own innovative soundscape, they’re more about letting you enjoy your music with comfort and clarity. So even though they sound pretty average for this price range, that’s not really a bad thing. Given all the extra stuff packed into these headphones, it’s probably a miracle their sound wasn’t impaired in some way to stay around this price point. 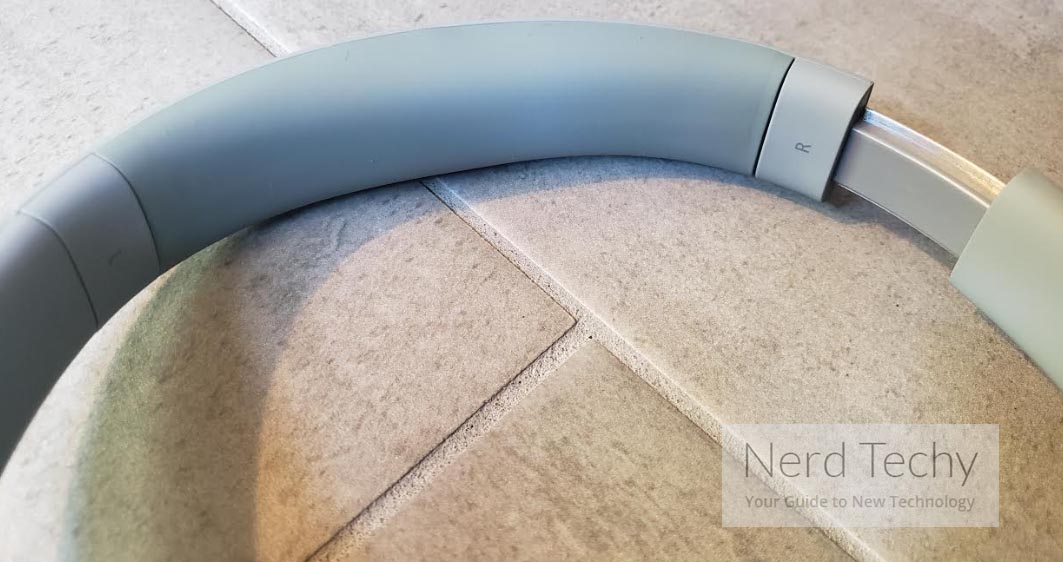 Dyplay’s Urban Traveller Headphones use Bluetooth 5.0 for their wireless connection. This is an improvement over the previous version that offers better battery life, range and sound quality. Having Bluetooth 5 can be extra convenient because of rapid pairing features and better efficiency when it comes to battery-consumption.

Similar to most Bluetooth headsets, you get wireless connectivity for about 33ft. That’s assuming line of sight between the transmission and reception device. For people who are streaming music from a TV or from their smartphone, the connection should never be an issue. 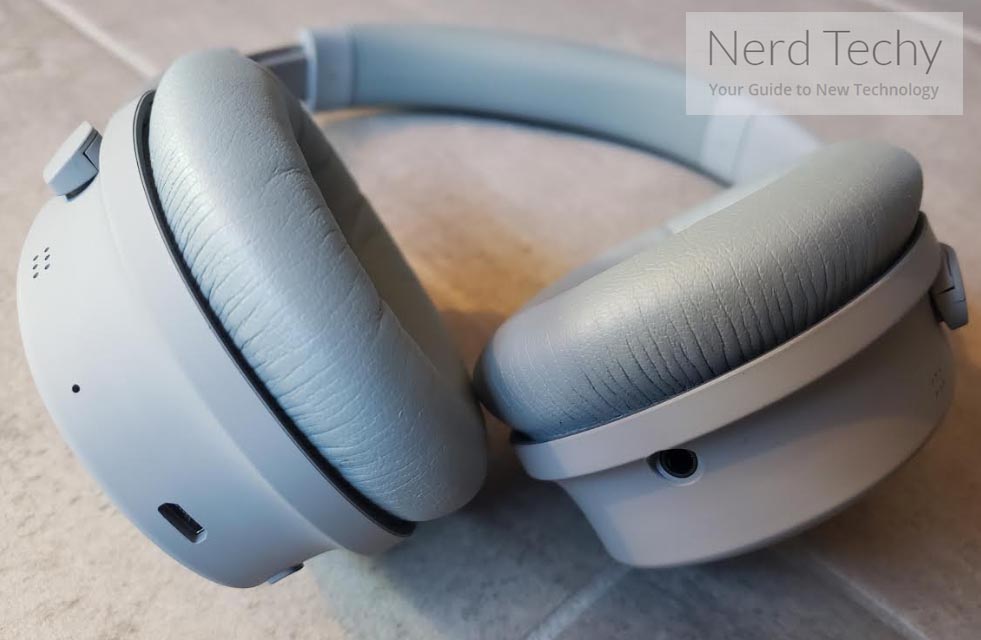 When you want great noise reduction from your microphone, there’s really no subtitle to using two mics. Because two separate mics can work in conjunction to determine what is environmental noise and what isn’t. That way, your voice gets sent with much greater clarity.

The dyplay Urban Traveller ANC Headphones deliver a dual mic design to help eliminate noise. That’s an excellent start, but the follow through isn’t as good as it ought to be. Because having two microphones doesn’t necessarily mean those microphones are configured to optimally reduce noise. Consequently, Dyplay’s headphones don’t really achieve true business-quality clarity.

That said, this microphone is still head and shoulders above any single microphone setup. Which really makes these headphones have terribly well-rounded noise isolation. There are also a variety of common calling features included. For instance, you don’t have to micromanage your music when you receive a call. Just press one button to take the call. When the call ends, your music will automatically resume playing. 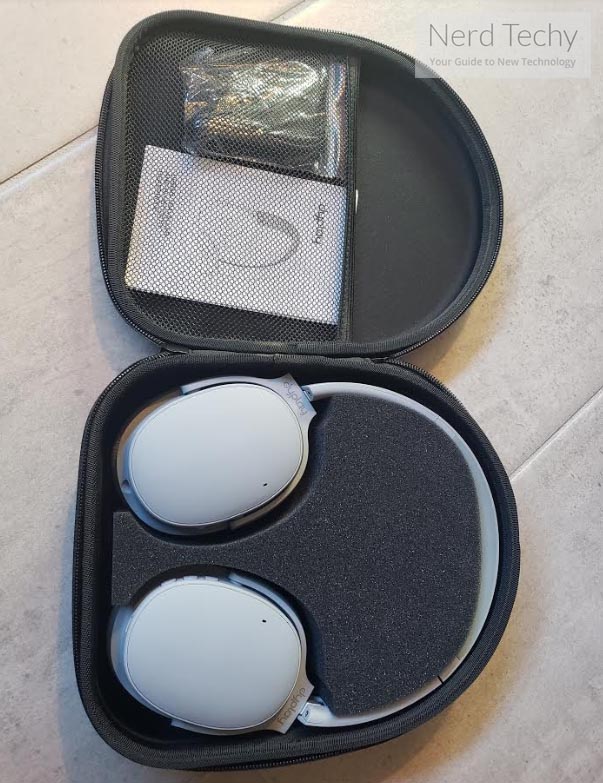 Dyplay Urban Traveller Headphones are faced with a pretty tough challenge. Because running Bluetooth doesn’t burn through that much battery, but running both Bluetooth and ANC together provides far more strain. The included battery is supposed to provide a total of 15-hours playtime.

That depends on a lot of different factors, though. When you’re using these headphones with Bluetooth and about 50% volume settings, you’ll get that 15-hours pretty easily. When you throw on the ANC, you might see the battery lifespan fall towards 12-hrs.

Of course, these headphones include a 3.5mm audio cable. That allows you to swap over to wired mode and turn off your Bluetooth, which can make-up for having the ANC activated. For adding another couple of hours on to your battery lifespan, it can be very handy. 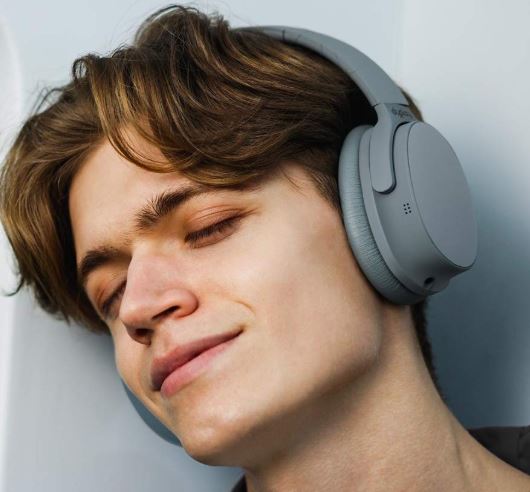 Dyplay ANC headphones include a hard shelled carrying case, USB charging cable, and a 3.5mm audio cable for wired mode. The 3.5mm audio cable runs about four feet. That’s a little subpar for connecting with anything that’s not close to you. For smartphones, it’s great. For stereo systems, not so much. Likewise, the carrying case is a little big, it may make more sense to throw these headphones inside of a small bag instead.

The Dyplay Urban Traveller ANC Bluetooth Headphones have almost everything a person could want from a pair of over-ear traveling headphones. They’re pretty comfortable, they’re reasonably stylish, and they really do sound nice. And with ANC along for the ride, it’s not like they lack cool features. 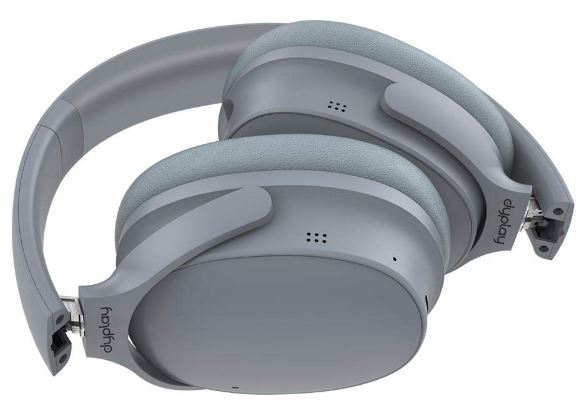 The one thing they do lack is protection from the elements. Sweat and rain only pose a minor threat to these headphones, but one that should be taken seriously. Assuming you’re not going to jog with them, it’s really the ANC that should get people to consider Dyplay’s headphones.

For strong entry-level ANC headphones that don’t make any big sacrifices in comfort for portability, these headphones can be pretty handy to have around.

What are Drivers in Earbuds and Headphones? Are …
November 14, 2020