Parenting is the easiest job in the world. Our children are always extremely conscientious and they stay right by our sides at all times, no matter how distracted we might become. *record scratch* Alright, enough of all of that. You want to know the reality of parenting? It’s terrifying, okay? There, we said it. Parenting is paralyzingly, stone-cold scary. But what is it that makes parenting so utterly petrifying in the first place? One word, seven syllables; unpredictability.

Kids are unpredictable bundles of gun powder, bouncing around the universe like a bunch of runny-nosed rubber balls. It might not sound like we love our kids, but the reality is precisely the opposite. We are in a constant state of terror because we know that the world can be a big, scary place, especially to our own little germ factories.

Technology has both helped and harmed the safety of our children. Modern crypto-technology makes it easier for the bad guys to remain anonymous. Nameless, faceless prowlers carouse the Internet looking to take advantage of vulnerable children. On the other hand, modern day locational and GPS technology has made monitoring our children’s whereabouts easier and more accessible than ever before.

Meet Findster Kids, a GPS tracker designed for keeping a close eye on your little one without looking like a creepy, helicopter parent. Findster Kids has attracted a significant amount of buzz on start-up funding sites such as Indiegogo, Product Hunt and Amazon Launchpad – and for good reason. The Findster device is completely family-focused and optimized for your child’s safety.

The premise is simple; each Findster contains a high-precision GPS monitoring system. You keep one of the Findsters for yourself and you give one to your child. Connect the Findster devices to the Findster smartphone app and viola: instant safety and security. 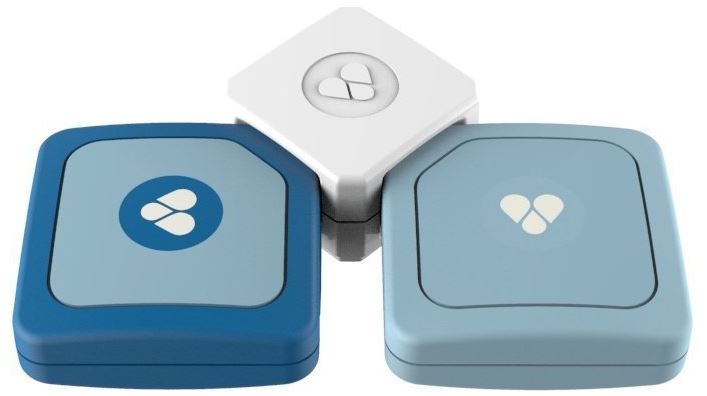 The Findster’s monitoring capabilities are pretty special; by using a proprietary communication protocol, they allow their customers to access GPS services, while working completely independent of the evil telecommunication corporations. What does this mean for us? Basically, the Findster cuts out the middleman. Their ability to monitor location via their independent technology means that we don’t have to pay any monthly. Our one-time purchase grants us unlimited access to their proprietary monitoring system. As far as Findster is concerned, you shouldn’t have to keep paying for something that you’ve already bought. 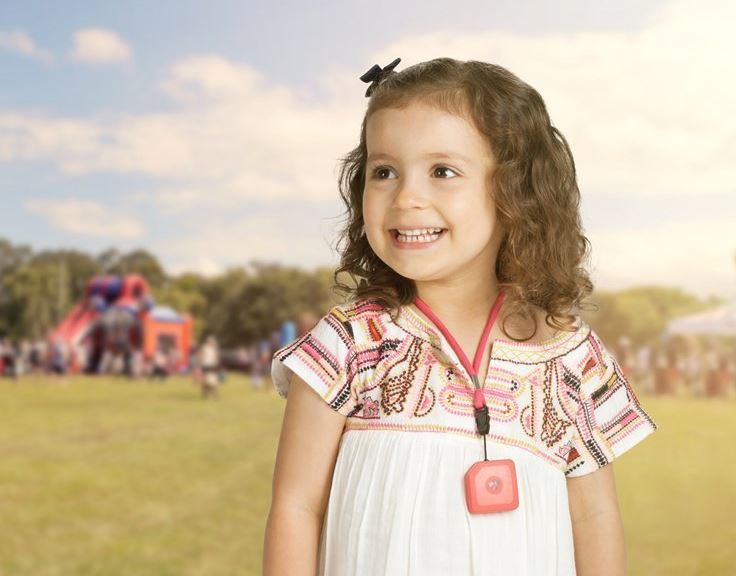 Another cool feature of only relying on their own proprietary protocol is that the modules can connect with each other without the need of a cellular network. The communication range between modules is about 0.62 miles (1 km), which might not seem like it’s very far, but think about this; how often are your that far away from your kid at the park? Unless you live in the Downton Abbey universe and own massive chunks of land, the likelihood that your kid will make it more than half a mile away isn’t likely – especially using the next feature.

One of our favorite features of the Findster is the ability to set up your own safe zones, or as the app calls them, fences. Let’s say that your kid is playing outside in the yard, and you want to make sure it stays that way. The Findster app allows you to define your own personal safe area, which means if your child steps outside of that “Fence” area, you’ll get an instant notification alerting you to their escape attempt. Think of it as an invisible fence for your son or daughter. It’s the same premise, but without the embarrassment of forcing your kid to wear your dog’s shock collar.

The Findster also allows you to plot hazardous areas that your child would be betting off avoiding. For example, if you have a potentially dangerous pond or other body of water on your property, you could set the Findster to alert you if your child found a way to ramble too close to the hazard for comfort. 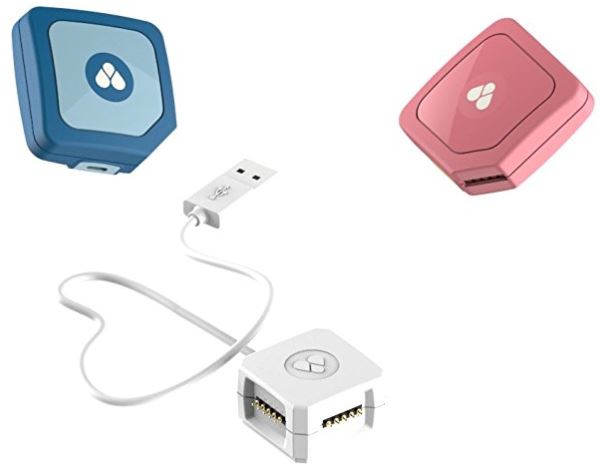 We were also impressed with the Findster’s panic button. Each Findster device features a button, that when pressed, sends an instant emergency notification to your smartphone. Our biggest concern was that our kids would do the same thing they always do when they are told there is something they shouldn’t touch and just press the living heck out of it, giving us parents a mini-stroke in the process. That would sort of defeat the purpose, wouldn’t it?

Luckily, our children seemed to understand the importance of only using the button in a true emergency. We didn’t experience any false alarms or playful negligence. The truth is that children are so easily distractible that once they are outside playing, they completely forget that the Findster even exists. 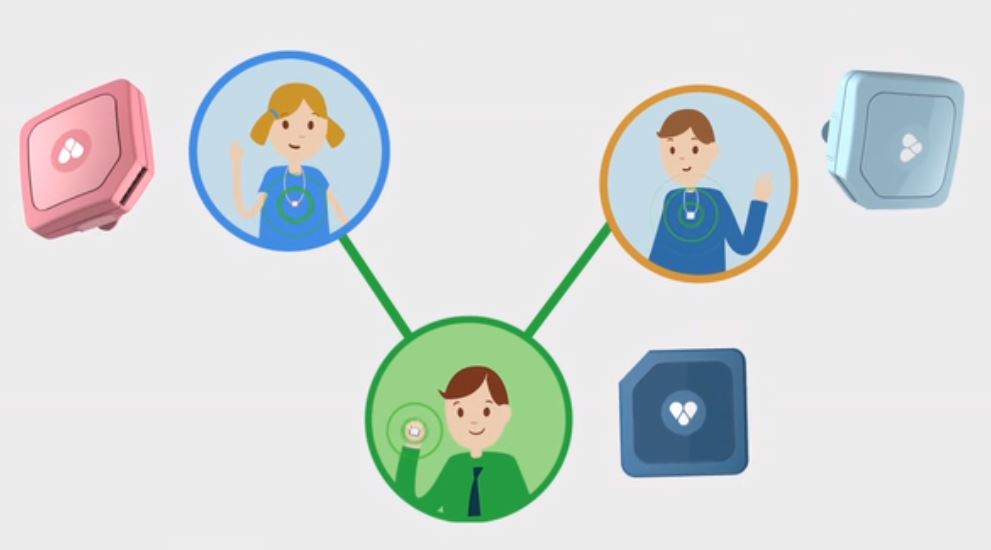 We were concerned that the panic button might get pressed accidently, just by being batted around during normal play. Fortunately, we didn’t experience any accidental false alarms. The Findster Kids is designed to be practical and intuitive. They did a great job accounting for the rowdiness of a kid at play, so there was no accidental button mashing, which meant no heart attacks for us.

If there is one thing that parents have a hard time doing, its taking a second to breath. A great thing that we noticed about the Findster is that it allowed us to actually relax for a few minutes. Any parent knows that when your child is playing out of earshot, there is always that voice in the back of your mind telling you to be on alert. It was very soothing to know that we could just whip out our phones and launch the Findster app at any time. There were several times throughout the day where we would launch the app just because we thought the technology was neat. 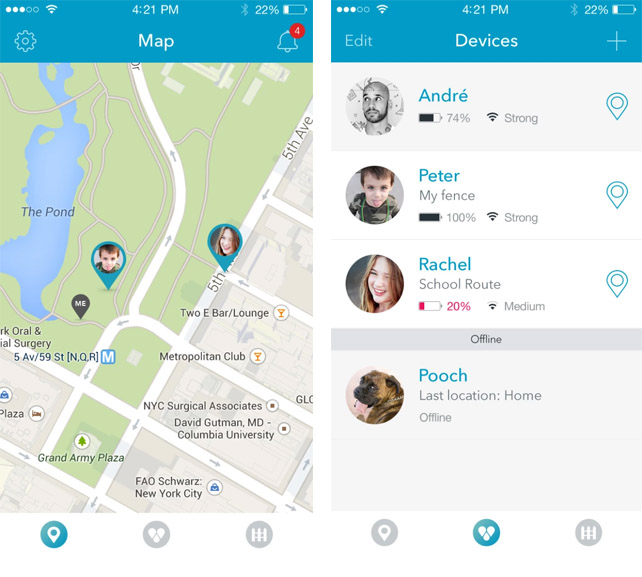 Even when you are not using your module, the base station set up at your home provides a radius of 1.24 miles around your home. Since the product engineers weren’t held down by size or power restrictions, they were able to give the base station a range 2x greater than the wearable mounts. That means that when you are home, your child has a little more leeway, which makes sense considering that your neighborhood is the place you spend the most time.

The Findster Kids app, aptly titled Playplace, is a simple, lean, clean and quick piece of software genius. The UI looks like any other mapping app, so the experience should feel familiar. Findster understands that when you’re worried about your kid’s well-being, there is no time for a bloated mass of software gore. The result is a straight-forward app that tells you exactly what you want to know. Other than the GPS and Fences feature, the app is sparse, which, in this case, is a good thing. There are a few other neat features that don’t otherwise interfere with the app’s main function. The History feature allows you to revisit and review the places you have already been. The Share feature lets you share access to your Friendster with other loved ones, adding a second layer of safety and security. 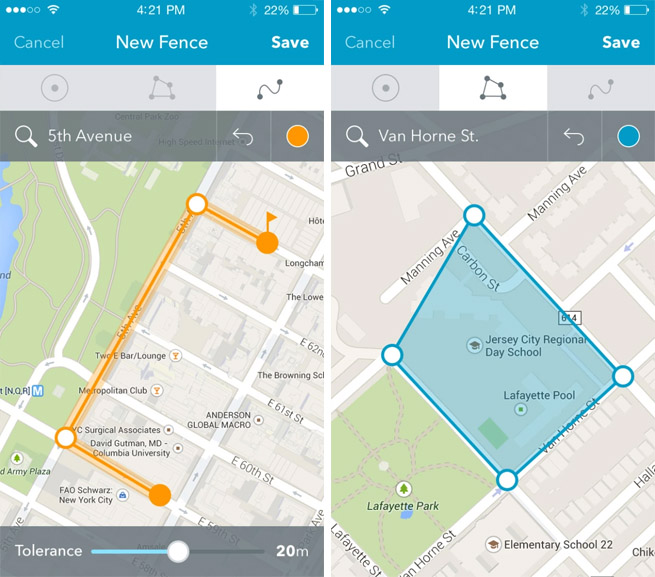 There was one time during the testing process that we forgot that we were wearing the Findster devices. What resulted was an effective test of one of the gadget’s most important features. Without realizing that our child and our Findster were still connected to each other, we got in the car and took a drive over to the grocery store. About half way to the store we saw a notification pop-up on our phones that said we had lost connectivity with our child. When you and your child lose your connection, the Findster app automatically saves the last location your kid was tracked. In case of an emergency, this gives you a spot to start looking – but that’s not even the coolest part of this feature. If you have other modules connected to the Findster network – say, another child or your spouse – the Findster will automatically reconnect when one of the other modules becomes within range of the lost child.

Even if you’re not connected to the other module, their location will be sent to the Findster app via the cloud. So, the more family members you have wearing the device, the more effective the device becomes. The base station at your home allows you to remotely access the current location of your child (or spouse, if you’re a creeper) in case, for some reason, your module is no longer working.

Each Findster module is about the size of a shower tile. You can wear them around your neck on a lanyard or just stick them in your pocket, whichever you’re more comfortable with. Our children had to warm up to the idea of a lanyard. At first, they thought wearing a Findster might result in them being bullied, or at the very least, make them feel singled out, but none of that ever happened. In fact, we told our youngest to think of it as a police badge and it worked like a charm. Soon enough they were running around pretending they were police officers. We tried pulling the same stunt, but apparently when we do it it’s considered “a felony”. Why do kids get to have all the fun? 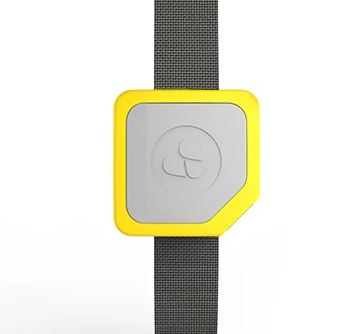 All in all, we were very impressed with the Findster Kids device. It provides the one thing that all parents ask for: some peace and quiet. The Findster creates a win-win situation for you and your kid. Your child gets to enjoy a little independence, and you get some time to catch up on some cleaning… cleaning out that Netflix queue, that is. Booyah.

With several other competing safety and locational gadgets on the market, Findster is the only one that offers their service without a monthly fee. That is the killer feature. For families who are barely living paycheck to paycheck, knowing that your child’s safety won’t be jeopardized because of a missed payment is a huge relief. If you have young children, Findster Kids is a no brainer. Don’t wait until 10 PM to know where your children are, because 10 PM might be too late.