Instagram is first and foremost an image sharing platform. If you asked its billion monthly users what they used the service for, photo sharing would be the top answer. But Instagram also allows users to make videos and plain text posts. And like most social media platforms, it has a messaging platform.

Encrypted messages use a special security key so that only the sender and recipient can read them. Even if someone were to intercept the signal, it would be gibberish without the key.

As you might imagine, encrypted messaging has become popular in today’s digital age. In many countries, people worry about surveillance by repressive regimes. And no matter where you live, you’re probably aware of how much of your personal data corporations gather.

Unfortunately, Instagram messages are not encrypted – at least not yet. While Instagram has the capability to support encrypted messaging, the feature has yet to roll out in most countries. So, how soon can we expect to see it, and how is it going to work? Here’s everything you need to know. 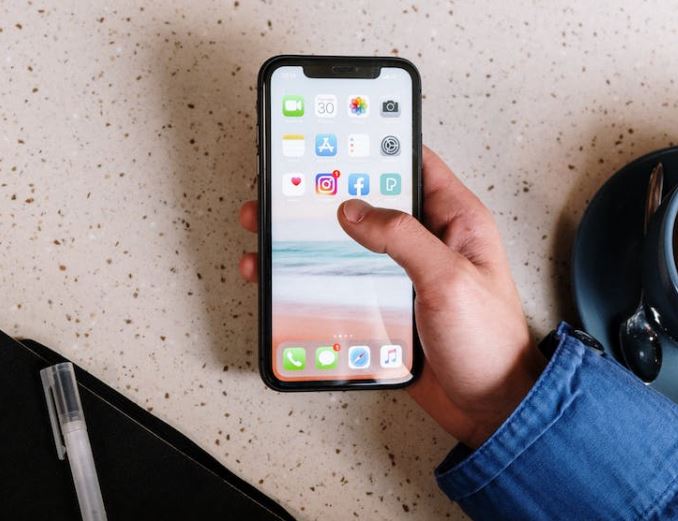 Why Has End-to-End Encryption Been Delayed?

End-to-end encryption has become a political issue in some countries, particularly in the UK. The National Society for the Prevention of Cruelty to Children has argued that encrypted messaging apps can harbor child predators.

This is not a new concern. While end-to-end encryption keeps your messages safe from bad actors, it makes them invisible to law enforcement. When done correctly, not even the messaging platform can read them.

Instagram parent company Meta had originally announced that secure messaging would roll out in 2022. But late in 2021, they announced a delay until 2023. According to Meta representative Antigone Davis, the company is “taking our time to get this right.” In other words, it will take at least a few more months for Meta to complete their anti-child abuse technology. Until then, we’ll have to wait – or use a different messaging service. 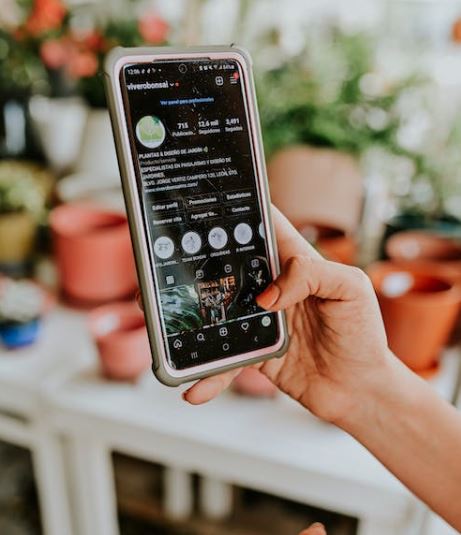 Where Is End-to-End Encryption Currently Available?

The purpose was to give Russians and Ukrainians in occupied territory access to accurate information. Social media is also heavily censored in Russia. This makes secure chat programs one of the only safe ways for anti-war activists to communicate.

Instagram users in Russia and Ukraine received an announcement notification that appeared at the top of their inbox. This message provided an option to switch to encrypted messaging or not. Users also have the option to encrypt their messages at a later time. 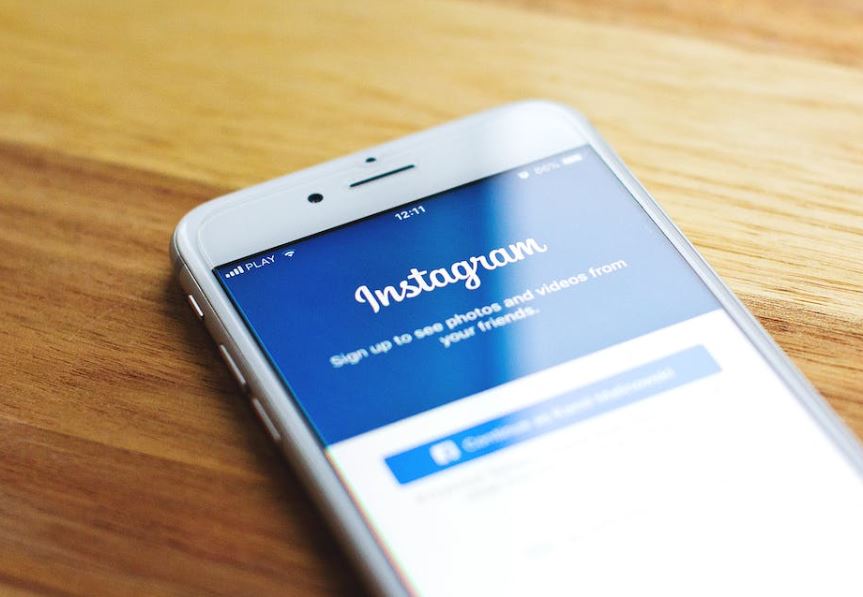 How Will I Be Able to Activate End-to-End Encryption?

But no matter how they notify you, we already know how to manually activate it. For whatever reason, Instagram has already published a guide, even though the options they mention aren’t available yet. Assuming they don’t make any changes, here’s how you’ll do it:

How Will End-to-End Encryption Work?

Instagram has also announced how their end-to-end encryption will work. Like most encryption methods, it will use a key. When you send an encrypted message, your device uses the key to lock the message.

Keep in mind that encryption only protects your messages within the Instagram app. A recipient can still forward them to a third party, or take a screenshot. On the receiving end, you’ll also be able to report encrypted messages that violate Instagram’s terms of service. 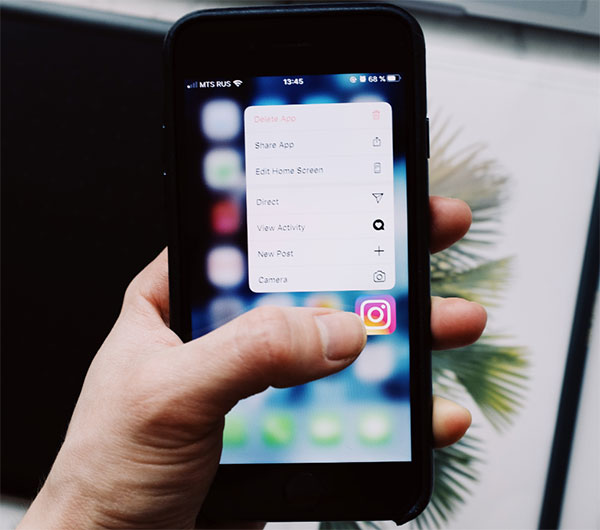 Why Is End-to-End Encryption Important?

Now, you might think this isn’t a big deal. You’re not a spy or a criminal, so why should you care about encryption? But encryption isn’t just good practice for CIA spooks. It’s also an effective way to avoid corporate data harvesting.

Take Facebook Messenger, for example. Facebook used to say that they didn’t read your messages. But for a long time, the only thing stopping them from reading them was that they pinky swore they wouldn’t. Have you ever had a conversation only to receive an ad for something you just talked about? We’re not saying Facebook was reading your messages. Were’ saying it’s was bit shady.

With end-to-end encryption, this isn’t a risk. You don’t have to trust a big tech company, because it’s literally impossible for them to snoop on your messages. That’s one reason people were so happy that Facebook enabled end-to-end encryption through Facebook messenger. And it’s why people are eager for Instagram to do the same.

Are There Other Encrypted Messaging Apps?

While you wait for Instagram messaging to enable end-to-end encryption, there are other solutions. Here are a few encrypted messaging apps you can start using today.

Signal is a messaging app that’s available on Android and iOS. Download the app, sign up for a free account, and you can start messaging with it. It can be used for texting, voice calls, and even group chats with up to 40 participants. 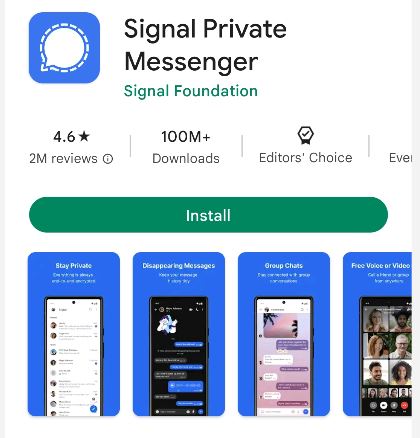 Best of all, you can set it as your phone’s default messaging app. Texts with non-Signal users will be marked with a grey icon indicating that they’re unsecure. Texts with other Signal users will display a green icon, letting you know that your conversation is encrypted.

The Signal app includes stickers, animations, and custom backgrounds. You can also set conversations to self-destruct, much like Snapchat’s self-destructing messages.

After you’ve set up your account, you can install an app on your PC or Mac. Open the Signal app on your phone and scan the QR code in the app on your computer. This will link your account, so you can chat from your desktop or laptop. Keep in mind that the computer app will only work for communicating with other Signal users. You’ll need the phone app if you want to text your other contacts.

Signal’s encryption technology has set the gold standard for end-to-end encryption. It’s so powerful that Facebook Messenger and WhatsApp also use it. And Instagram’s encryption will be based on the same technology.

WhatsApp is the most popular chat app in the world. Since 2016, they’ve used Signal’s encryption technology. However, they’ve also made innovations of their own. For example, they’ve built in extra group chat controls so you can control who sees each individual message. 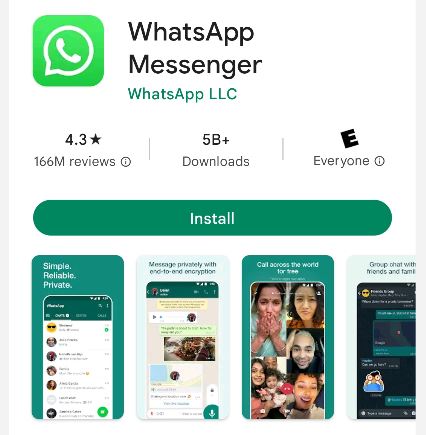 Another neat WhatsApp feature is the ability to transfer chat history between iOS and Android devices. For example, what if you use an iPhone but you also want to use WhatsApp on your Chromebook? The iOS to Android chat transfer function is already in beta. Android to iOS transfer is coming – it’s only a matter of time. At the same time, WhatsApp also lets you set your chats to self-destruct by default.

The only downside of WhatsApp is that it’s been owned by Facebook since 2014. And while Facebook can’t read your chats, it does track some user behavior. For example, it knows when you’re chatting and who you’re chatting with.

Telegram is another popular encrypted messaging app. Like Signal, it links to your phone number, and is available on iOS and Android. However, messages on Telegram are unencrypted by default. To enable encryption, you’ll have to go to “Secret Chat” mode. 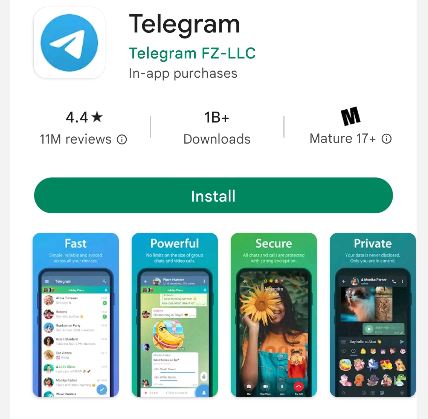 In addition to all that, Telegram is also a social media platform. Thanks to its massive group chats, it’s an easy way to reach a large number of people in a hurry. By sending a message to just a handful of group chats, you could potentially reach millions of users. This makes it popular for far more than simple messaging.

While Telegram’s MTProto encryption method isn’t as tried and true as traditional encryption, it’s still robust. As of September, 2022, no-one has figured out a way to break it. Or if they have, they’re not telling.

Viber is a Japanese-owned app that was originally developed in Israel. It features many of Telegram’s most popular features, including the ability to form communities. Viber has also invested heavily in AR filters, similar to many popular Instagram filters. 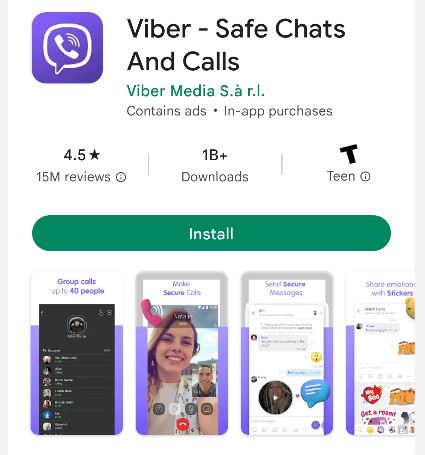 On top of all that, you can make free voice calls to other Viber users.

Some time in 2023, Instagram messages will be encrypted and secure. At that point, no-one will be able to read your encrypted messages – not even Instagram. Until then, you’ll have to make do with another app. Thankfully, there are plenty of free options!

What Does “Liked by Creator” Mean on Instagram?
September 6, 2022