For most of us who grew up in the United States, the world is rapidly changing. With increased globalization and immigration, it’s becoming more and more frequent to encounter people who speak a different language. Of course, for our European friends, this has been true since before written history. And if you’re an American traveling to Europe, you’re going to get a taste of that experience. Now, it’s certainly possible to go through life while only speaking English. Many Americans travel abroad every year, and there are usually tour guides and helpful, English-speaking locals to talk to. But don’t you want to get a taste for the local culture? To do that, you’ll need to be able to speak with local people in their own language.

Another reason you may need to speak a different language is business. This goes back to globalization. American companies have been doing business in Japan, China, and Korea for decades. And no matter what happens in the short-term, it’s hard to imagine that this trend won’t continue in the future. Once again, most businesses already have processes in place to handle this. But suppose you want to spend a night on the town? In that case, it can certainly be helpful to have a pocket translator.

Whether you’re trying to talk to non-English-speaking immigrants or travel abroad, the Langogo Genesis Pocket AI Translator can help. Star Trek fans will remember the universal translator, which automatically translates between different languages. While the Genesis won’t help you talk to space aliens, it will help you order a large coffee in Beijing. But how does it work? We’re about to find out. 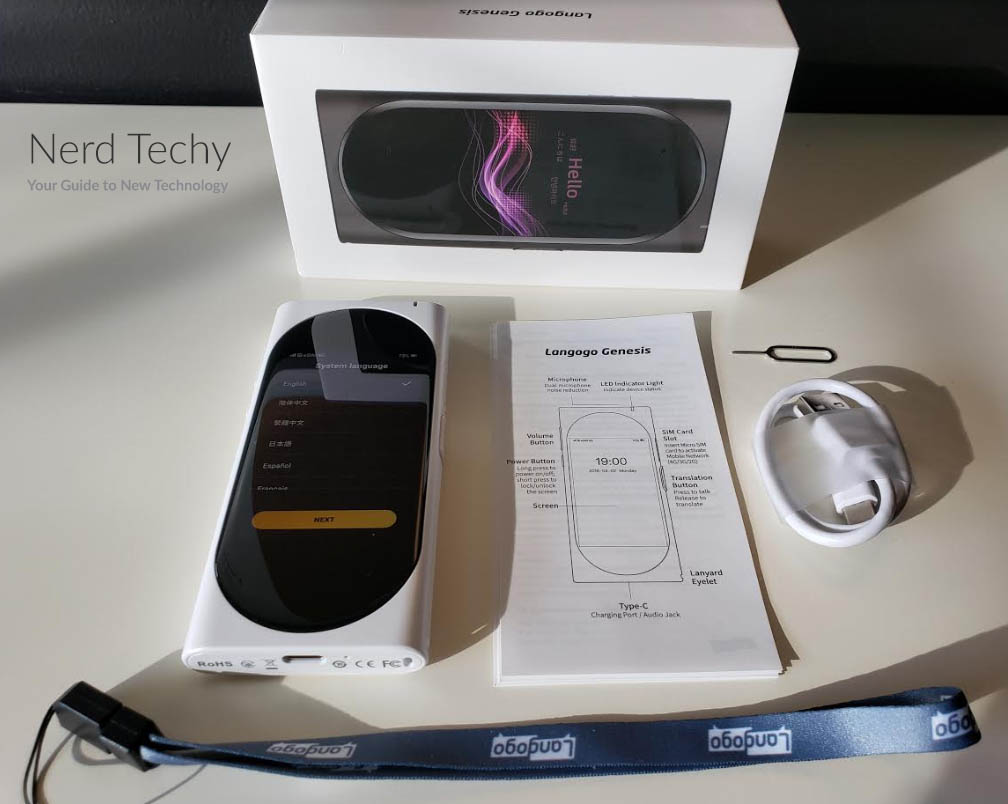 The Langogo Genesis is a rectangular device with a large screen. It’s 4.8 inches long, 2.1 inches wide, and half an inch thick. And it has a 3.1-inch LED screen that covers most of the front. If you saw it sitting on your desk, you could be forgiven for thinking it was a small smartphone. It’s comfortable to hold, with two control buttons on the right side for easy control with your thumb. On the left, a pair of buttons control the volume, and a third button turns the Genesis on and off. On the bottom of the case, you’ll find a USB Type-C charging port, also similar to a smartphone. 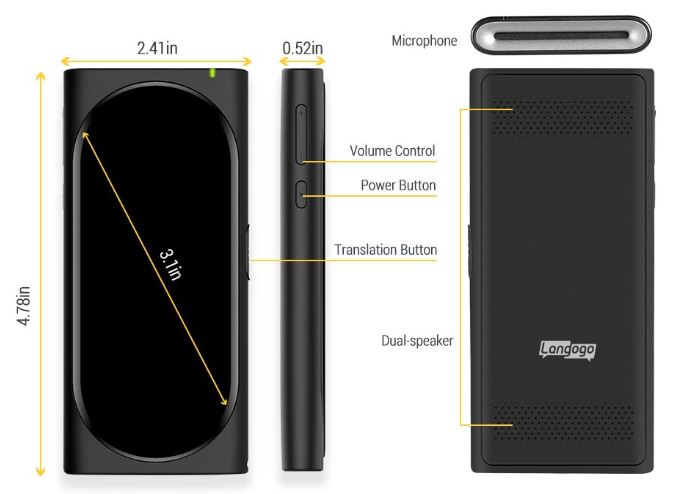 The case is constructed from anodized aluminum, with a white finish. It’s very attractive, and won’t look out of place in a business meeting or fancy restaurant. An LED at the top of the case lights up when the Genesis is in use. And the display is large enough to be easy to read, even if your eyes are tired from a long flight. There’s also a wrist strap, which makes it tough to drop, and even tougher for someone to steal. 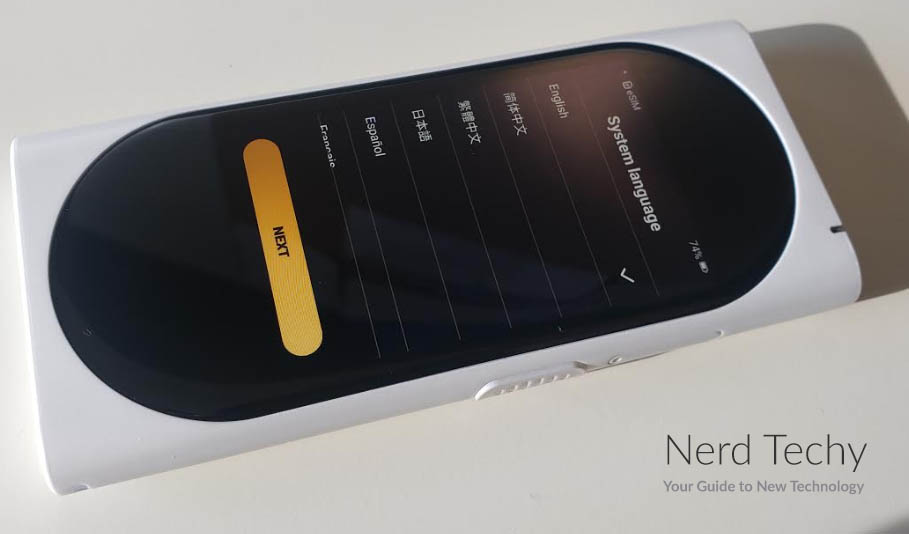 Using the Genesis is easy. Simply choose what language you want to translate into, and start talking. There are two different modes, and they work a little bit differently. The first mode is a simple translator. Talk into the device, and your words will appear on screen in your chosen language. While we expect that most people reading this English-language review are English speakers, non-English speakers can also use this feature. The Genesis automatically recognizes what language you’re speaking, so there’s no need to select your language. Just choose the language you want to translate into, and you’re good to go. This mode is ideal for short, one-sided conversations. For example, if you need to ask a waiter for the check.

The second mode is interpreter mode. This is more useful for carrying on two-way conversations. To use this mode, you’ll need to select both languages. For example, you could choose English and Japanese. In that case, the Genesis would automatically translate English to Japanese, and Japanese into English. In practice, this mode is going to be most useful for most people.

There’s also a transcription mode. In this mode, the Genesis will transcribe up to 24 hours of audio. This is useful if you’re attending a lecture in a foreign language, since you can easily keep notes. However, the transcription mode requires a subscription. The only exceptions are Mandarin Chinese and English, and English is only free through the end of 2020. 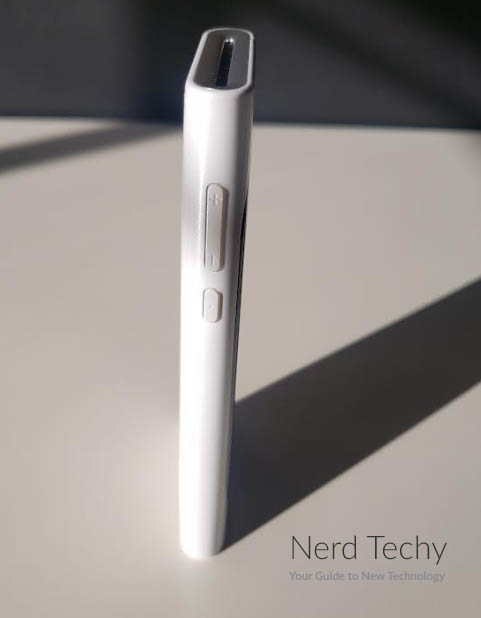 When you translate something, it will display on the screen as text. With the push of a button, the Genesis will also speak the words out loud. The pronunciation is surprisingly smooth and natural. It still has some occasional hiccups, but it sounds much better than a voice assistant or automated phone menu.

Use code “nerdtechyLG” on Amazon for 10% off!

The Genesis utilizes 24 different translation engines. With this many engines, it’s able to understand regional accents and other oddities. So if you speak with a heavy Louisiana accent, it will still understand you just fine. Overall, it can translate between 105 different languages. However, 101 of these languages require a WiFi connection. For offline use, you’ll be limited to English, Mandarin Chinese, Japanese, and Korean.

The Langogo Genesis features a built-in WiFi card for easy connection to any WiFi hotspot. If you prefer, you can also purchase a SIM card and use the cell phone network. To use this option, you’ll need a monthly subscription. However, Langogo offers a full two years of free service. So you’ll have plenty of time to decide for yourself if a subscription is worth your while. There’s also an eSIM slot for countries that use an eSIM network. With the right hardware, you’ll have access to cell networks worldwide.

The Genesis will automatically receive software updates whenever they’re available. If you’re on a data network, they’ll download immediately. Otherwise, they’ll download the next time you connect to a WiFi network. When you’re connected to mobile data, the Genesis can also function as a mobile hotspot. It will support up to five other devices, so you can connect your laptop, tablet, or other electronics. If you’re already paying through the nose for a global data plan, you can actually save some money this way.

So, how does the Langogo Genesis work in practice? It depends on the language. For most common languages, it seems to work very well. We’ve seen reports of some awkwardness with less common languages. But even then, the output was intelligible, just awkward. 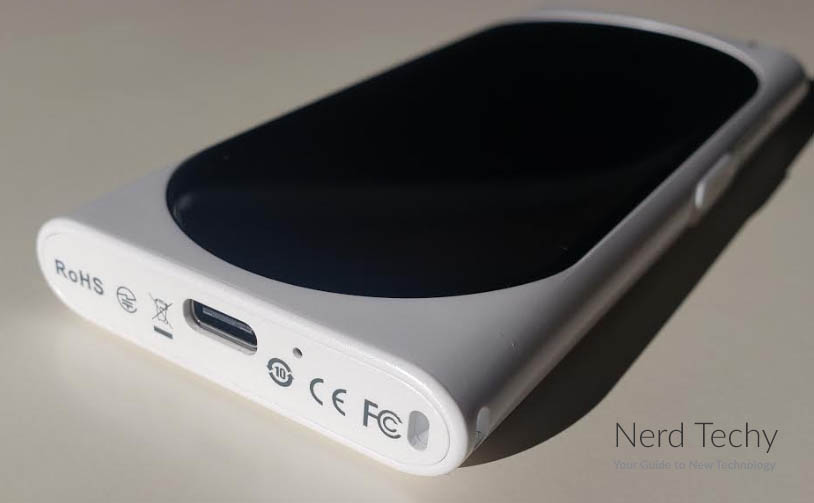 The main problem you’re liable to run into is the fact that it tries to form complete, grammatically-correct sentences. And it does a pretty good job. However, if you listen to the way people actually speak, most of us don’t use complete, grammatically-correct sentences. We typically speak in fragments, with pauses, “ums”, and the occasional single-word sentence. If you’ve ever read a transcript of a live news conference or Q&A session, you know it looks strange on the page. However, the Genesis will often try to combine two partial sentences to create a complete one. This can make it difficult to read for the opposite reason: it’s not how people speak. That said, you’re going to run into that issue with almost any software-based translator.

So why not just use a smartphone app like Google Translate? For one thing, those apps simply aren’t as good. They’ll get the job done in a pinch, but it’s easy to get tied up in mistranslations. In addition, the Genesis’ AI adjusts to your speech patterns over time. The more you use it, the better it gets. Free apps don’t offer this feature. Finally, the Genesis features a built-in voice assistant, called Euri. It’s designed specifically for travelers, and performs tasks like navigation and currency conversion. 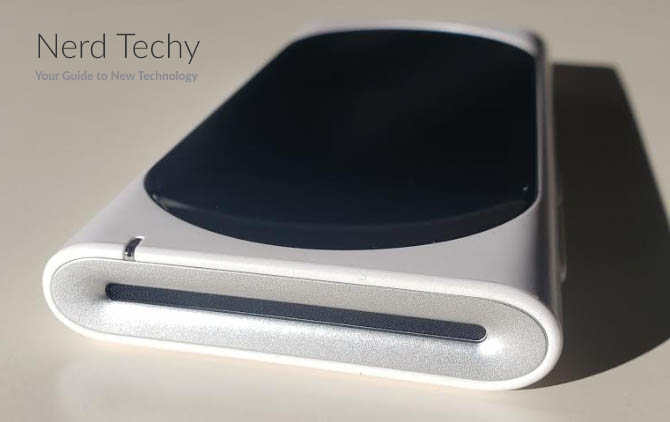 Smartphone apps also require you to use your phone. This can be risky for tourists, who are often the victims of theft, since they’re seen as “easy marks”. Hold your cell phone out in your hand, and someone might just snatch it. While having your Genesis stolen might be a tough pill to swallow, it beats losing your smartphone. And the wrist strap makes it virtually impossible to snatch away to begin with.

Technical Specifications
Before we wrap up, let’s take a quick overview of the Genesis’ specifications. If you’re looking for a quick, top-down summary, this is where you’ll find it. 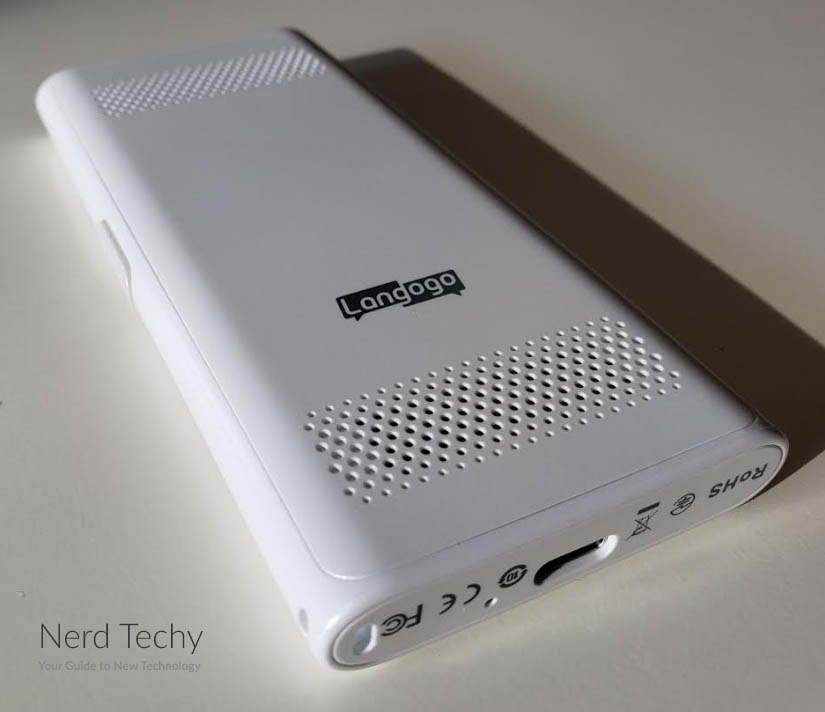 The Langogo Genesis is a smart, innovative device that does a lot of heavy lifting. Not only is it compact and easy to carry, but it’s easy to operate. The screen is clear and easy to read. And the ability to translate between 105 different languages is truly impressive. Honestly, we couldn’t even think of 50 languages without checking Wikipedia. It’s also nice to be able to choose between simple text and voice translation. The ability to use the Genesis as a mobile hotspot is also a great addition. Considering the usual cost of international mobile data, Langogo’s data plan is a great bargain.