Whether you’re an experienced tech-enthusiast or an average layman, figuring out LED terminology can be a bit overwhelming. If you’ve made the commitment to learn a bit more about LED lights and how they work or you’re simply familiarizing yourself with their characteristics, you may have heard about LED anodes vs. cathodes. These terms directly relate to LED polarity and how the technology actually works. Although the vocabulary may seem a bit foreign, understanding anodes vs. cathodes is actually less complicated than it seems.

What Exactly is an LED?

LED stands for light emitting diode. Although this kind of technology has existed since the early 1960’s, LEDs are now widely used in our daily lives. In fact, LEDs are typically seen as the “gold standard” in terms of lighting choices. Often times, you’ll see them being used for light bulbs, string lights, televisions, laptops, monitors and virtually every other electronic device under the sun.

LEDs are known as a semiconductor light source. In general, this is a term used for lighting that’s only possible with a current flowing through it. We like to think of them as a tiny light bulb containing multiple diodes with a consistently flowing electrical current. As a result of this current, light is emitted.

Diodes are simply a term for a component (semiconductor) that allows the flow or current in one direction. In addition, they restrict any current flowing in the opposite direction. They’re also widely known as rectifiers due to the fact that they change AC current into pulsating DC current. 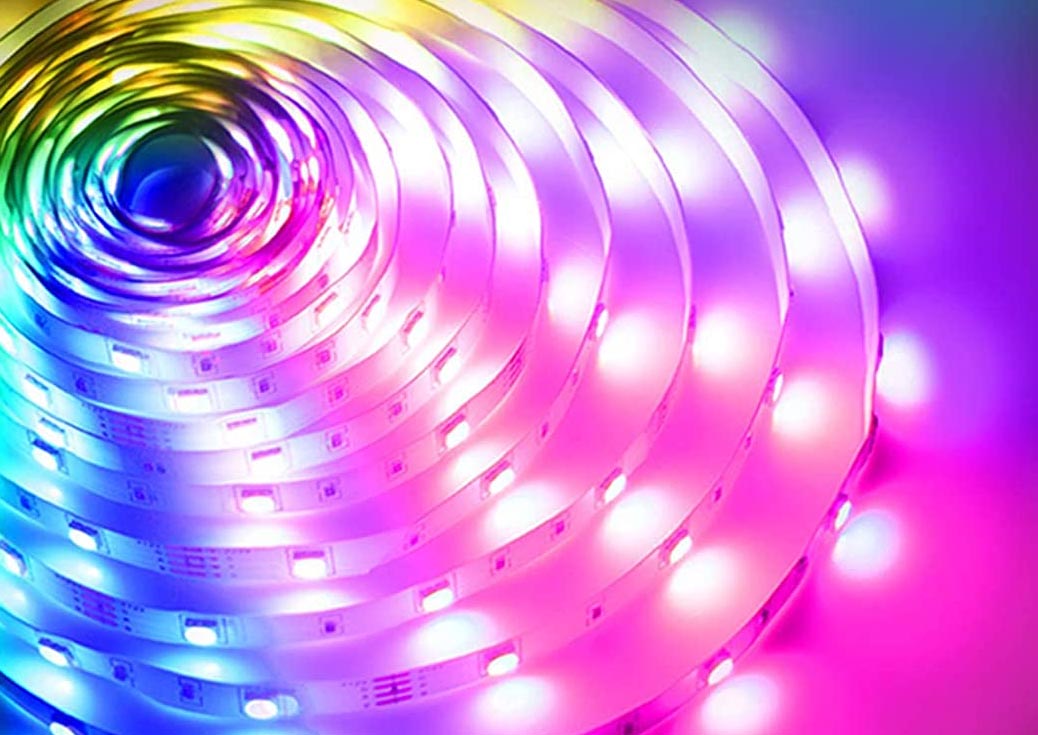 Over the past decade, LEDs have taken over the consumer market by storm; and for good reason. Incandescent and Compact Fluorescent Lighting (CFL) are now often seen as a relic from the past. Here are a few reasons why consumers are now using LEDs over any other form of light source.

When polarity is referred to in regards to LEDs, it’s related to the flow of electricity. As we discussed earlier, with LEDs, electrical current flows in one-direction. Since this is the case, it’s crucial to know and understand the direction that it’s moving. In general, which way is the current entering and where is it exiting?

What are Anodes and Cathodes? 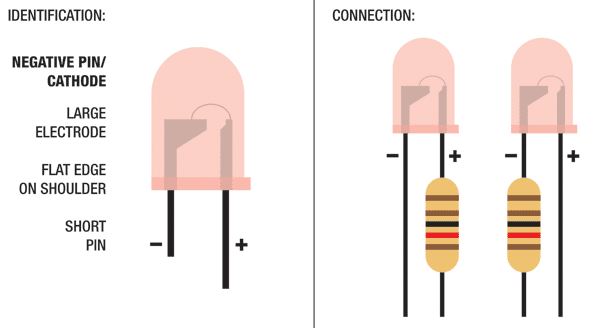 A cathode attracts a positive charge, also known as a cation. Although it attracts positive charges, the electrode is actually negatively charged. As a result, a cathode assists in generating electrons that create a charge which ultimately moves the current from cathode to anode. An anode attracts a negative charge, but it’s actually a positively charged electrode. Acting as a electron acceptor, it’s where oxidation occurs in order to attract this negative charge.

When you’re dealing with LED and their polarity, it’s crucial to know which terminal is the anode and which is the cathode. If not, the LED won’t function.

Determining LED Anodes vs Cathodes: How to Identify

While we now know that an anode is the positive terminal and the cathode is the negative terminal, how do you determine the difference between the two? Although it’s dependent on the precise manufacturer, make or model of the diode you’re using, there’s a few indicators to be aware of.

Although LED terminology can be a bit confusing, we hope that we’ve made understanding them a bit more clear. In general, cathodes and anodes are two opposite points within an electrode. In layman’s terms, anode = positive and cathode = negative. Keep this in mind when you’re questioning the difference between the two and the functionality they carry.

LEDs are a semiconductor light source that are widely used in today’s world. Available in countless variations and millions of colors, they’re cost-effective, energy-saving and long lasting. While they may the best available light source, the technology behind them is indeed fascinating. As years go on, it’s hard to imagine anything else taking place of LEDs. However, if the past has taught us anything, the future of electronics is extremely difficult to predict.