There came a time, about ten years ago, when we found, to our great dismay, that our love for PC gaming had soured. The problem for MMORPG fans like ourselves is that winning, especially in a PVP setting, can become far too reliant on your computer hardware and network speed. If one player has professional gaming-level hardware, and one player barely has enough bandwidth to lag through a level, the player with the worse equipment is going to find it very hard to keep up. The graphic technology had outpaced the average consumer hardware. Gaming had become too expensive and too reliant on technical know-how. We feel that it was this general modern gaming malaise that helped launch the retro game renaissance.

PC gaming is back. A few years ago, with the popularity of Steam and Twitch, functional PC gaming has inched its way back into affordability. The availability of modern networking technology has improved and the price of adequate technology has decreased. Even if lag so bad that it makes a game unplayable is becoming a thing of the past, serious gamers know that latency is still a matter of great importance. That is why hardcore gamers are so focused on optimizing their home network. They know that having good networking equipment is a way for serious PC gamers to have a one-up on their competitors.

Netgear’s new Nighthawk Pro Gaming XR500 Router is built for the serious gamer from the bottom to the top. The Nighthawk uses a combination of state-of-the-art hardware and software to optimize your gaming network experience. Netgear’s router focuses on stabilizing pings, reducing painful lag and making sure your connection is reliable amidst a sea of smart devices, all of which are begging for previous data packets. The software included with the Nighthawk offers unprecedented customization. It provides the user with a tremendous amount of networking options, and lets the user decide how involved they would like to be with their network management. 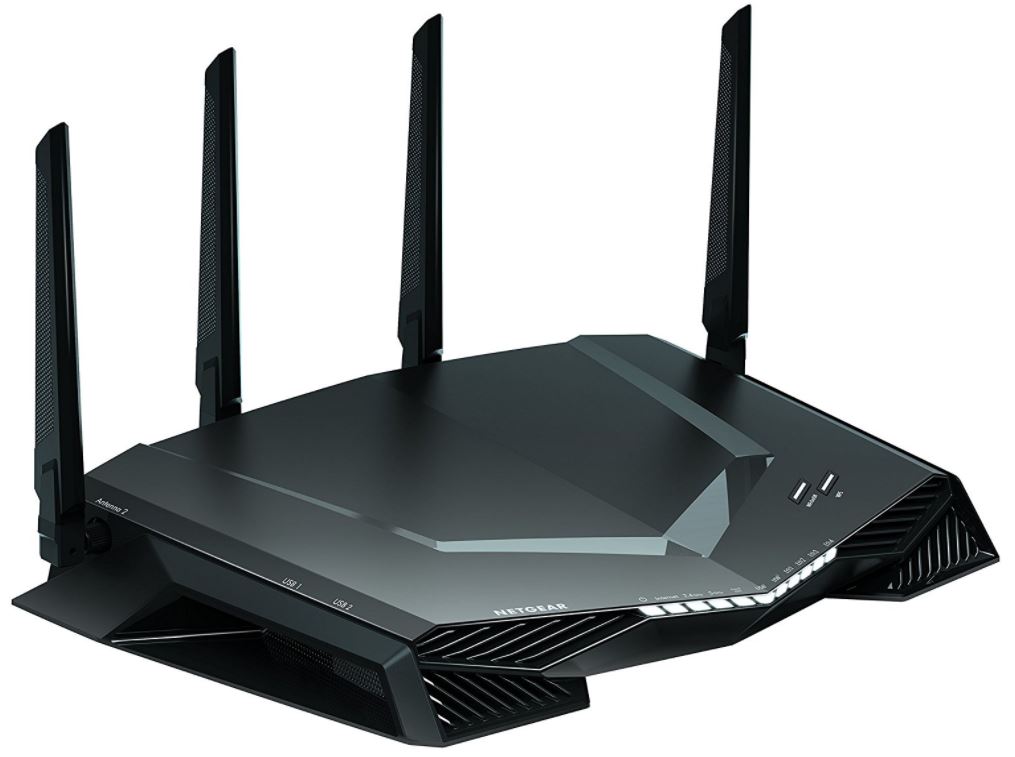 The first thing you’re going to notice about the XR500 is its stunning design. Let’s not ignore the fact that the Nighthawk Pro Gaming router just oozes beastly strength. Its design reminds us of something out of a comic book. In fact, if you pulled the antennas off and told us that it was the design concept for the next Batmobile, we’d probably believe it.

With a design that looks more like a high-tech piece of military equipment straight off of a black site assembly line, rather than a gaming router, the obvious first question is whether or not the router performs as good as it looks. We have been distracted by good looks in the past, only to be disappointed in the overall performance. We were able to take an in-depth look at Netgear’s newest gaming router to decide for ourselves whether its performance measured up to its fierce appearance. 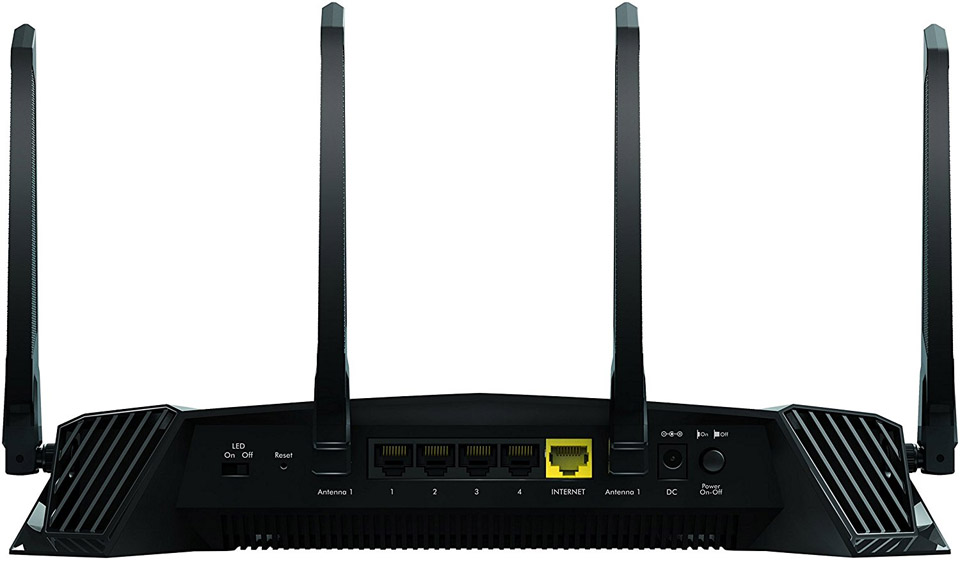 The XR500’s hardware provides a powerful supplement to its state-of-the-art software. The dual band WiFi router includes 5 Gigabit Ethernet ports (4 LAN ports and 1 WAN port), all with maximized wired speeds, which is so essential for keeping up in a fast-paced gaming environment. The device also includes 2 USB 3.0 ports for connecting third-party devices, such as printers or media devices. A dual-core 1.7 GHz processor keeps the router moving speedy, helping to manage heavy traffic and streamline wired performance. The router’s four antennas are designed to produce faster speeds and to decrease interfering signals, positioned in a way to optimize the signal.

Netgear’s pro gaming router is 802.11ac WiFi compatible, which means it is reliably turning out speeds of 2.6 Gbps. If there is one thing we can attest to, it is the XR500’s speed. As my grandfather would say, it performs as fast as a dog can lick a dish. Though keep in mind, my grandfather also considers rotary phones to be a modern piece of technology, so I wouldn’t pay him much attention. No seriously, don’t even look at him. He’ll never stop talking about the war. And just for the record, if you have a dog that can lick a dish at 2.6 Gbps, you better get your dog checked out, because it is clearly transforming into a networking device. Rover… router… coincidence? Conspiracy confirmed. 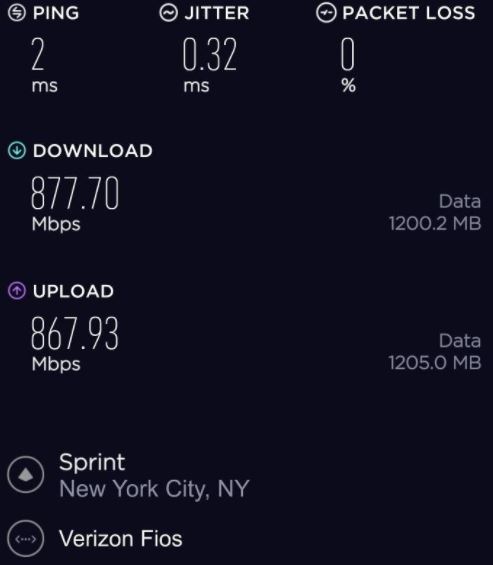 The XR500’s killer feature is its software integration. Netgear’s router is powered by Netduma’s super powerful and customizable DumaOS, a router operating system that is undeniably heads and tails above the competition. Netduma seems to be working in a different dimension. They have taken router management to a completely new level of awesome and have streamlined it into a user-friendly application.

DumaOS provides the XR500 with an amazing set of Quality of Service tools. The anti-bufferbloat feature prevents any queueing from taking place on your home router, regardless of if you are downloading or uploading. The reduction of queueing results in much less lag for each user on the network. 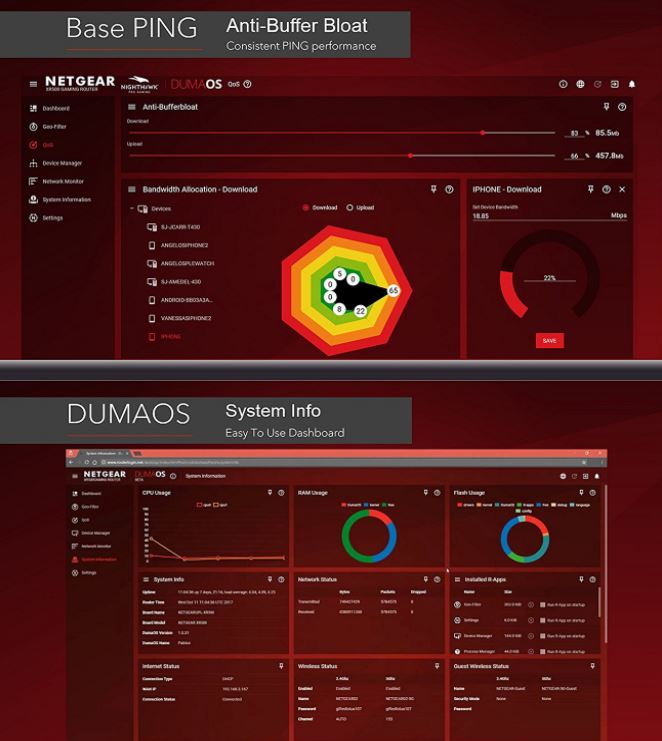 The OS also allows you to allocate the bandwidth for every single device on your network. This means that you can direct bandwidth towards devices you consider more important. Don’t worry, your smart fridge will get over it. The XR500 utilizes DumaOS’s enterprise-level deep packet inspection feature to automatically detect low-latency issues. The software can then automatically prioritize the web traffic, which means your significant other’s Candy Crush Saga binge is going to have to take a backseat to your Overwatch marathon, whether they like it or not.

The QoS toolkit is so powerful that it can instantly detect any online gameplay and will automatically prioritize the gaming device, providing a stable and lag-free gaming environment. You can even single out each individual device and manage the maximum upload and download speeds at the device level. If you like to be in full control of your network, we can’t stress enough how much you would love this software. 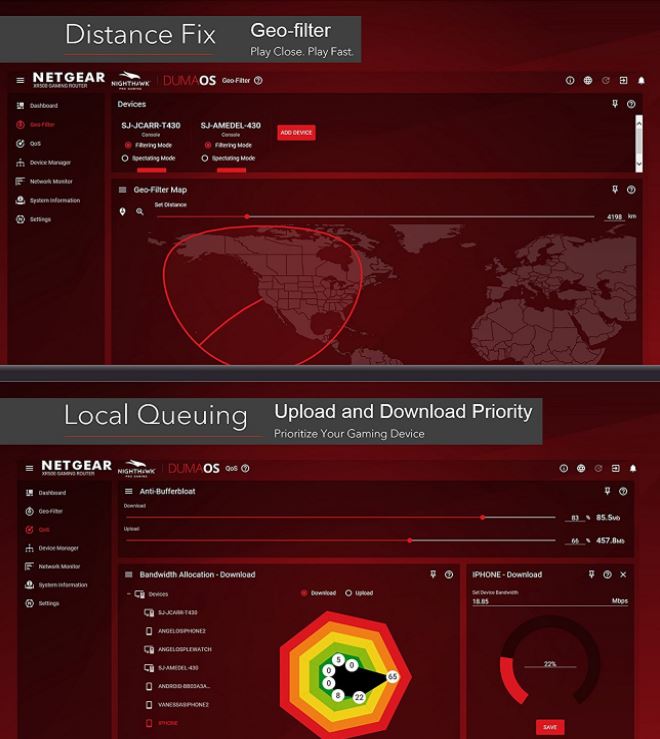 The software also lets users eliminate lag by using its Geo-Filter, which allows you to limit the distance to servers or the distance between you and other players. That might seem amazing all on its own, but the geographical features go so much deeper than that. The Nighthawk’s software guarantees the user a local connection, and even allows the gamer to whitelist friendly connections and blacklist notoriously laggy opponents. So if Putin thinks he’s going to punk us again, he’s got another thing coming. No oligarch is going to gank this bad boy. Gank me twice, shame on me.

If you’re hesitant to play on your PC because of any potential security risks, the XR500 will help soothe that big ole brain of yours. The DumaOS supports secure connections through their VPN client. You’re going to need an existing VPN service, but once you have a VPN all set-up, you can easily and seamlessly browse and game in complete anonymity. Gaming using a VPN allows you to conceal your identity while also protecting yourself against any DDoS attacks. You’d be surprised at how sophisticated network penetration (giggity) has become. If your network is not protected, even a novice hacker can find their way inside (giggity) of your network. The VPN feature made us feel much more confident throughout our networking conquests. 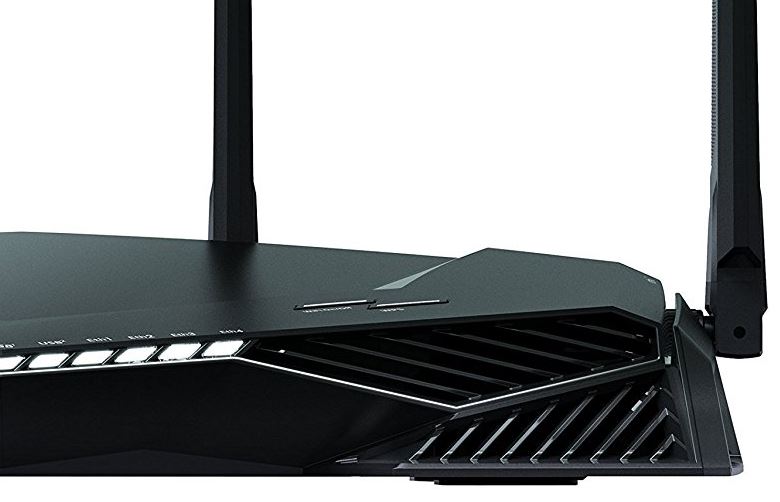 One of the coolest features of the XR500’s software management is its ability to be extended. Since the software is isolated it allows each router app to run independently of each other. This makes it super simple to install new software and features without interfering with the on-board firmware. 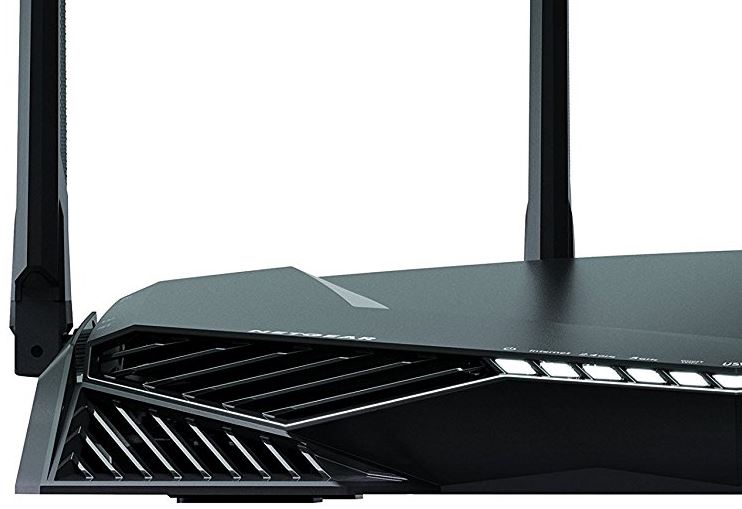 With such advanced networking tools, it would be understandable for some users to feel a bit intimidated. Not every gamer is a networking genius. Luckily, Netgear’s version of DumaOS provides plenty of tutorials and lessons to help even the most unknowledgeable gamer understand their software. We think the biggest issue is that it sounds a lot more complicated than it actually is. Once you have all of the basic terminology down, it’s pretty easy to understand. The slight learning curve is completely worth it. There is no other router in this price range that provides gamers with such advanced networking tools.

The reality is that most consumer routers stink. The routers provided by your internet service provider are a joke – and barely functional. They have no customization and they require frequent resets just to keep them functioning. They provide the user with zero control over the allocation of their home network’s traffic, which is a big gyp if you ask us, which you didn’t, but we’re going to force it in your eye holes anyway. We’re not trying to squeeze more data from our ISPs coffers, we just want to be able to control the bandwidth that we do get. It’s really not much to ask, and with the Nighthawk XS500, it’s not even that complicated. 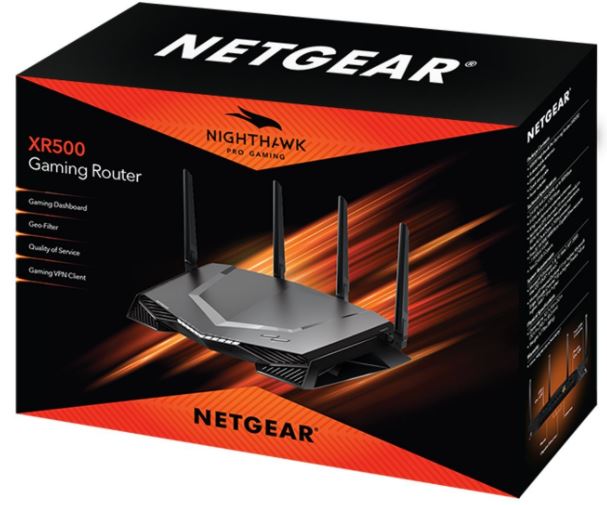 As we said earlier in our review, Netgear and Netduma are operating on another planet. We meant it then and we mean it now. The interplay between its powerful hardware and sophisticated software is astounding. There is nothing quite like the XR500 in the same price range and certainly no router that provides this level of micro-management. It really changed the way we game. In the past there were numerous times that we would become so fed up with our network issues that we would just stop playing games. When something that is supposed to be fun winds up causing you more anger than anything else, it’s time for something major to change. The XR500 provided us with the change we needed.

Instead of feeling like a bunch of gaming losers, our new router makes us feel like gaming gods. No matter how hard we try to stop it, we still feel an element of schadenfreude when all of the players around us start to lag behind. Sometimes you just want to grab someone by the shoulders and yell in their faces, “The technology you need is right here in front of you, dumb-dumbs!”. Unfortunately for our enemies, now is not one of those times. Eat our dust, losers!