Sure, Sony’s e-reader division might be dead. But the technology lives on in their digital paper system. Digital paper was designed for students who are sick of carrying around a binder full of messy notes, businessmen who want to keep their meeting minutes organized, and anyone else who is looking to upgrade our most basic form of technology.

The DPT-RP1 is a tablet sized device that uses an e-ink display. It operates much like a reader / tablet hybrid, allowing you to input data as well as consume it. Digital paper has been highly regarded by consumers, but it comes at a steep price. We decided to go hands-on with Sony’s latest model. We’ll show you what it can do, and help you decide if this is something. 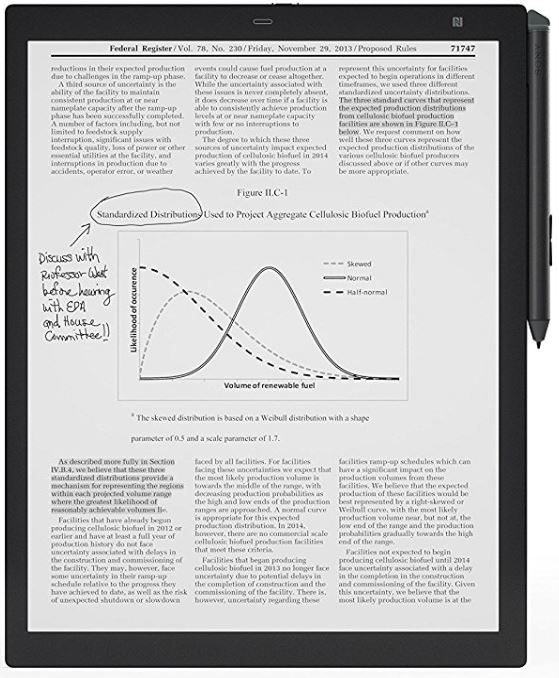 Shaped like a large tablet, the Sony DPT-RP1 Digital Paper feels immediately familiar. In many ways, it’s similar to the previous model. But this second generation features a few key upgrades such as a slimmer design, higher resolution display, and more responsive touchscreen. The SD card slot has been removed, and replaced with 16 GB of internal storage. The RP1 comes with a stylus, making note taking feel natural and familiar. The RP1 is used mainly by professionals. Lawyers, doctors, technicians, and financial professionals are all the primary market for the RP1, although there are features that are ideal for students as well.

When you’re designing tech for the professional marketplace, it needs to have a professional look. And we can’t think of any other way to describe the RP1. It’s incredibly slim, about the same width as 30 sheets of paper. The matte display is very different from any LCD you’ve used before. Like most e-ink screens, it has a subtle, easy on the eyes look about it.

The screen is surrounded by a jet black bezel, and everything is covered with a single sheet of glass. Other than the small Sony logo in the top right corner, there isn’t much to make the RP1 stand out.

The included stylus is a little more adventurous in terms of design. It features a thin aluminum barrel, a black plastic tip, and a sleek triangular protrusion on the back. This rear portion can double as a highlighter, and it has the same kind of angles as a real marker tip. The stylus is much slimmer than most models we’ve seen, including the one on the surface pro 4. Thanks to a metal exterior, magnets built into the RP1 allow you to store it against the side of the tablet, so you won’t loose track. 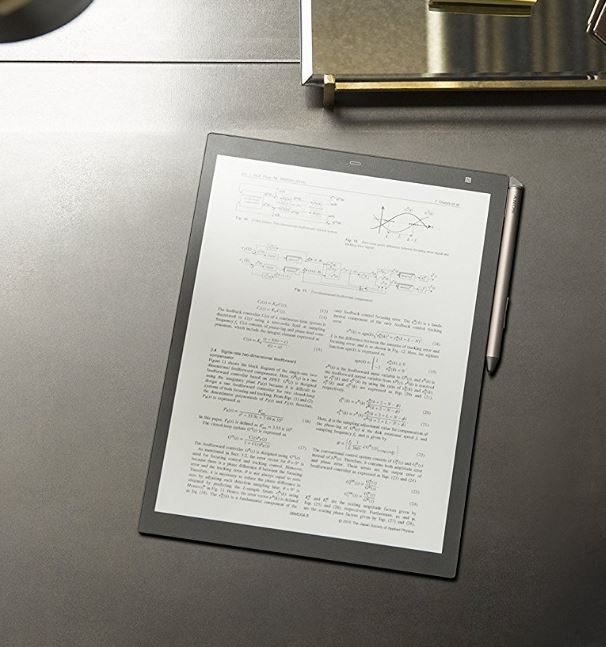 One of the most impressive parts of Sony’s RP1 is the display. You’ve probably encountered E-ink displays before, but we can assure you that you’ve never seen anything quite like this. It’s got a resolution of 2200,1650. At 13 inches diagonally, this puts it strictly into retina territory. 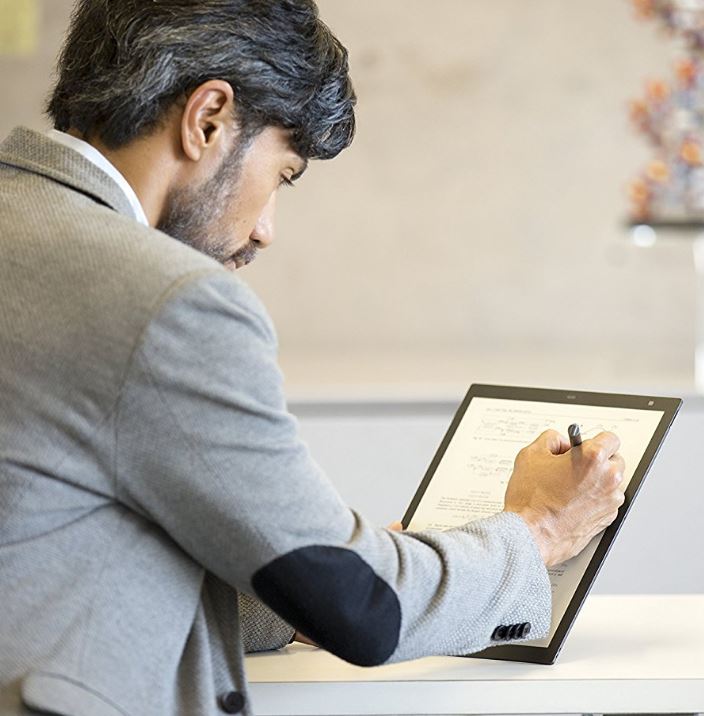 The thing with E-ink displays is that the pixels aren’t square. They’re actually made of small dabs of “ink” style fluid pushed up through a membrane. Combined with the high resolution of this display, you really feel like you’re looking at an actual sheet of paper. The display can control the quantity of material in each pixel, allowing it to create 16 different shades. Combined with a dithering effect (alternating darker and lighter pixels to create a shade that looks somewhere in the middle) you’ll notice that images are smooth, clear, and well defined. Text is both sharp and smooth, so there is no eyestrain even after many years of use.

Of course, simply looking good is only half of the features of this display. It’s also used for input. We immediately notice how much better the lag was than on the previous model. Single touches create a near instant response. When you’re sending a lot of data, you do notice a little lag. For example, scribble on the page at high speed, or quickly circle a number of items. You’ll see the ink line travel a few centimeters behind your stylus. The system isn’t perfect, but it’s still very comfortable to use, and better than any other E-Ink based display on the market. 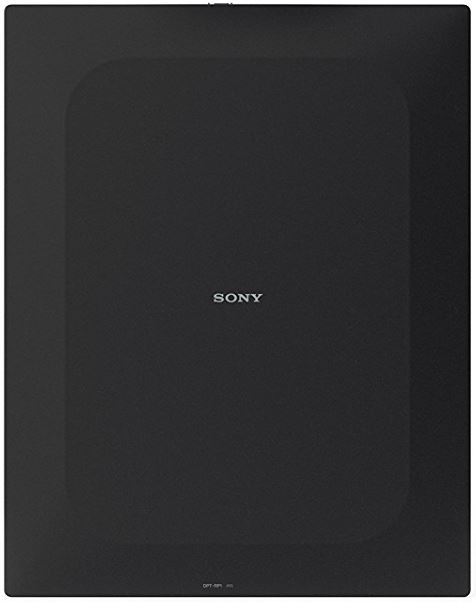 When you first get your RP1, the first thing you’re going to want to do with it is load some documents onto the internal memory. Sony offers you several ways to do this. You can plug it into your computer, and simply drag and drop files just like a flash drive. If you want to simplify this process, you can also download Sony’s free companion app. You can think of it like iTunes, just for books.

You can also transfer your files wirelessly. The RP1 supports both Bluetooth and WiFi, so you can transfer files over your local network from either a laptop, desktop, or mobile device.

Since the 13” display has identical proportions to an 8.5 x 11 inch sheet of paper, holding it upright is just like reading a book. This is the standard mode that the reader operates in, but you have a few options. You can turn it sideways to read two pages side by side. The reader also supports opening two separate documents side by side, so you can use it as a quick and easy reference. For note taking, you’re able to take notes directly on top of your PDF, or you can use the side by side feature. This will allow you to read one documents, while creating a new document containing your notes. 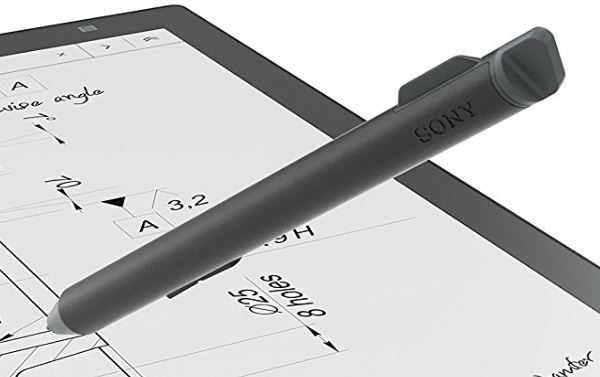 Although this isn’t the most highly touted feature, we found ourselves continually impressed with the search function. This tablet has built in OCR, so it doesn’t matter whether you’re using a scanned PDF or a text document. You’re able to search by meta data (title, heading, author, etc) or in-content text. The search function supports wildcards (asterisks) and makes it extremely easy to locate the information you need.

Since many professionals are working with private or confidential information, security is a major concern. Sony protects all of your data with a hardware driven 128-bit AES encryption scheme. This is widely considered uncrackable, making the RP1 a great choice for any environment where security is essential.

Away from a charger for a long period of time? Sony advertises this tablet as having several weeks of battery. Depending on your use, this could be true. In our tests, we found that we got about 29 hours of battery. This is 29 hours of actively using the tablet. Changing pages, writing, or searching are all examples of things that can drain the battery. When you’re just sitting on a static screen, the tablet actually turns itself off. The screen keeps what’s displayed, so it can be tricky to gauge exactly how much battery you’re using. 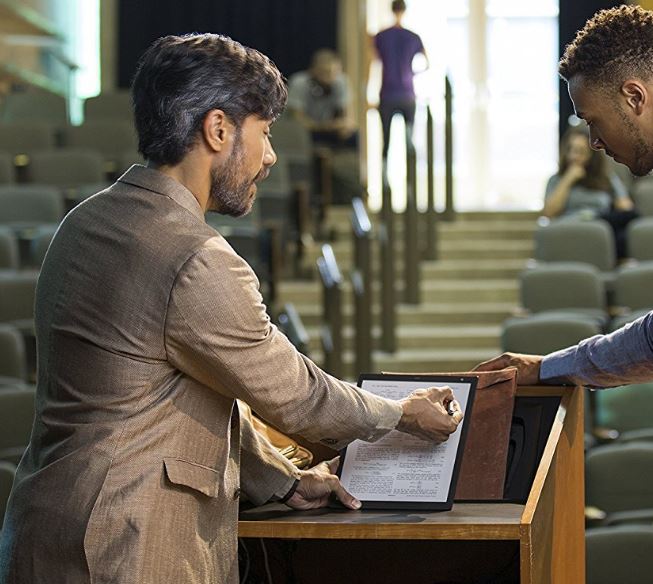 Are you reading a book? For the first minute after you change the page, the tablet is on. But after that, it’s off. If it takes you 5 minutes to read a page, you’ve only used one minute of battery life. If you’re reading documents, then “several weeks” is an attainable time between charges. But if you’re constantly editing documents or engaging with the reader, you can expect to get the low battery notification after about 25 hours of use.

Since this reader is translating hand writing, and accessing media-rich documents performance is important. We’re used to E-Readers that are a little sluggish. You hit the next button, and wait a second while the screen clears and refreshes. Amazingly, the RP1 has a nearly instantaneous response. When transitioning between graphic rich content, there is a slight moment of lag. But sending input, searching for files, or writing notes feels just as snappy as it does on a modern tablet.

There isn’t any magic trick that make this reader so snappy. It’s just plain old powerful hardware. Sony is using a Marvell-based 64 bit quad core processor. These extra cores are what makes it so easy to handle multiple documents at the same time, making this one of the most powerful readers on the market. 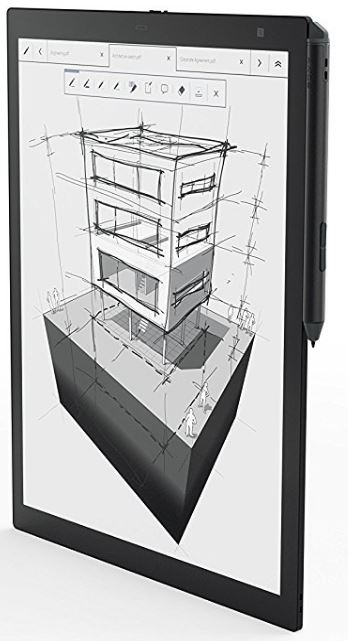 Since editing and interacting with your documents is such a huge part of what the DP1 can do, it’s file handling is a little limited. At this time, you cannot edit anything other than a PDF file. If you were planning to download digital copies of your text books and make notes on them, you might want to consider another reader.

Although this is technically a reader, Sony’s DPT-RP1 Digital Paper goes far beyond what other readers can do. In terms of functionality, this is like a tablet designed specifically for editing documents. However, the display is much easier to read, and using it feels very much like writing on a real sheet of paper.

Although we were sad to see Sony’s E-Readers go, we have to admit they were nothing special. A kindle can do the same thing. But the RP1 is different. There is no other device like it on the market. If the price isn’t a deal breaker for you, we highly recommend the RP1 to anyone who wants to be rid of the constant stack of papers on their desk.