In case you missed the memo, wires are very much out of style this year. Since the launch of Apple’s iPhone 7 ushered in an era of devices without an analog headphone jack, manufacturers have been rushing to market with a host of wire free headphones.

While Bluetooth headphones and headsets certainly pre-dated Apple’s decision to cut the cord, the Apple AirPods announced simultaneously were surprisingly small and sleek compared to the somewhat bulky options available at the time. Additionally, while many “wireless” headphones or earbuds still had cords connecting the two earpieces, Apple’s offering was simply two standalone, truly wireless earbuds.

While initially met with hesitation and skepticism from commentators, it seems the public has bought into the wireless earbud hype. In a May 2017 earnings call, Apple CEO Tim Cook cited a 98% customer satisfaction rate for the AirPods and a demand that “significantly exceeded supply.”

Sony looks to stand out in this rapidly growing market segment with the launch of their WF-1000X Premium Noise Cancelling True Wireless Headphones. While other noise-cancelling “wireless” earbuds exist, most of these tether to some sort of external unit that has to sit in your pocket or even drape around your neck. While this may technically meet the definition of wireless between the headphones and your smartphone, no one would ever consider them sleek, unobtrusive, or convenient for active use. 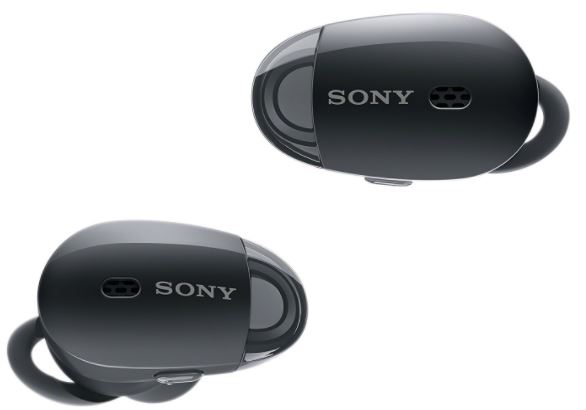 Sony’s WF-1000X boasts true active Digital Noise Cancelling somehow crammed into a completely wire free earbud design. While the mere fact that Sony managed to accomplish this represents a technological marvel, that only matters if they perform well in actual use. Let’s take a deep dive and see whether these little earbuds can deliver on their big promises.

Before we look at the WF-1000X specifically, it’s worth understanding what “Active Noise Cancellation” actually entails.

Outside noise has always been one of the main enemies of sound quality. Nothing ruins a great auditory experience like the sound of your neighbor mowing his lawn, the roar of the airplane engine on your international flight, or any other sound pollution. Historically there were only two ways to counteract this. You could simply turn up the volume to drown out background noise, but this could lead to hearing damage. Alternatively, manufacturers can try to isolate outside noise by increasing the density and insulation of the ear surrounds. At a certain point this sacrifices breathability and comfort, making them unsuitable for extended use.

This changed in the mid-1980s when Bose developed active noise-cancelling headphones for commercial use. This technology didn’t reach the consumer market until Bose’s original QuietComfort headphones were released in 2000, but by today the technology has spread to nearly all major headphone manufacturers.

Active noise cancellation works by utilizing an interesting property of the physics of sound waves. While many people can’t visualize how sound actually happens, in reality sound travels via waves of air pressure just like waves travel through water. Also like water waves, sound waves can be added or subtracted. Two small synchronized waves will combine into a larger wave, whereas two similarly sized but opposite waves will cancel each other out.

This is precisely how noise cancelling headphones work. All models have a small external microphone that listens to outside sound. Then, the headphones analyze that sound and add a perfectly opposite soundwave to whatever audio you’re playing. When this opposite soundwave combines with the original ambient noise, you get…nothing! Nothing but your audio, undisturbed.

Now, the technology isn’t perfect. It works far better with steady background noise like an airplane engine than it does with sharp, unexpected noises, but if you listen in noisy environments, it’s truly a technology that has to be heard to be believed. 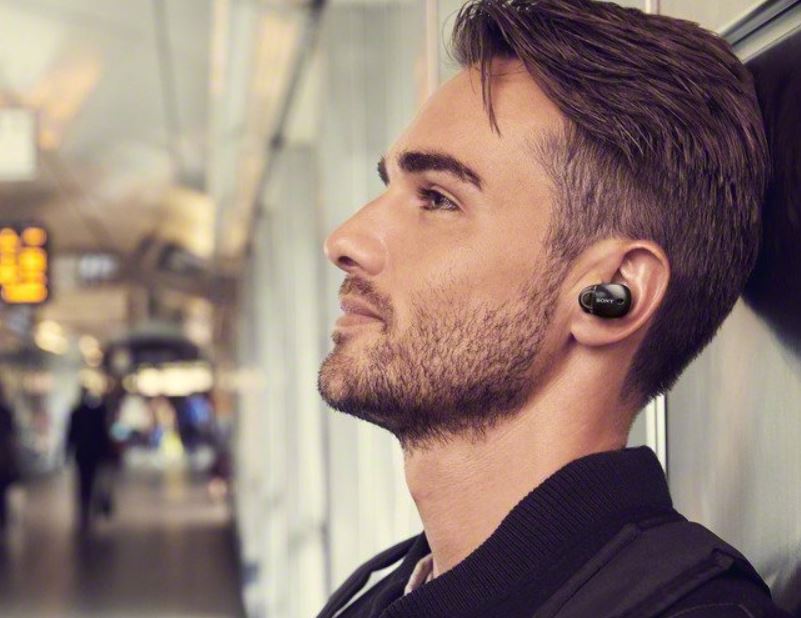 For better or worse, Apple devices tend to be the measuring stick by which we evaluate all others. The WF-1000Xs certainly protrude from the ear much more than Apple’s impossibly tiny AirPods, however we can certainly understand given the addition of noise cancellation.

Sony’s offering still manages to come in smaller than some competitors without active cancellation. Given that other earbuds with active cancellation either require an external box or a clunky bar draped around your neck, these seem downright microscopic. 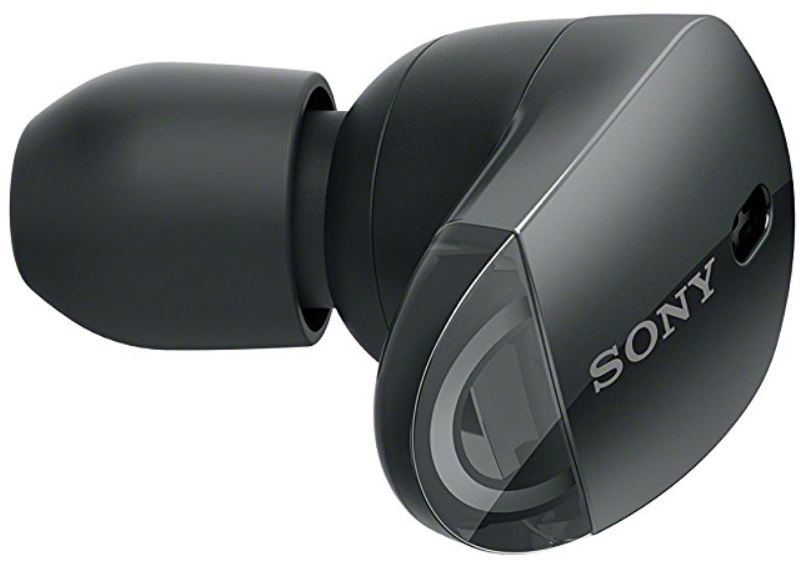 As standard with other wireless earbuds, the individual earpieces charge by docking in a combination charging and carrying case for security and convenience. Sony includes multiple sizes of earbud tips available in both hybrid silicone rubber and foam they deem “Triple Comfort.”

Many worry that wireless earbuds will fall out of their ears and become lost or damaged during use. While this does depend on your individual ear shape, we found tips that fit securely in our ears through light to moderate activity.

While you could argue that functionality and convenience carry more weight while evaluating wireless earbuds, but the fact still remains that producing sound remains the primary purpose of any set of headphones. In evaluating the WF-1000Xs, we wanted to consider both the quality of the audio and the effectiveness of the noise cancellation. 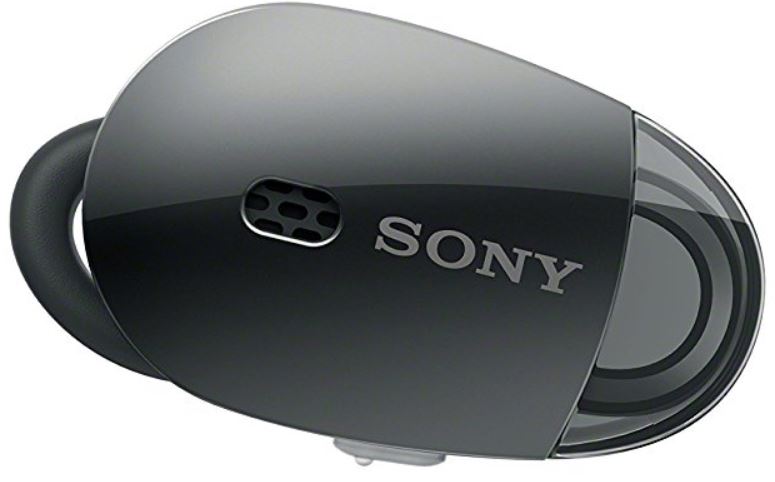 In-ear headphones carry some advantages and disadvantages compared to more traditional over-ear models. By design, the in-ear models typically provide a complete seal of your ear canal which can help keep out ambient noise. That said, the incredibly small size can stretch the limits of what product engineers can design them to do.

Speaker drivers, the component that produces sound, must vibrate air to faithfully replicate the source audio. While high-end audio setups include a variety of speaker sizes geared toward different frequencies, headphones tend to only carry one driver. While certainly not a hard rule, in general it is easier to produce better quality sound with a larger driver. Over-ear headphone drivers generally fall between 30 and 50 millimeters while earbud drivers slink in around 13 to 15 millimeters.

Somehow, Sony manages to bring a remarkably rich and detailed sound profile to the WF-1000Xs with a diminutive 6 millimeter driver. They handled our test sample of music across multiple genres, from classical to hip-hop, without any glaring weaknesses. While we aren’t ready to replace our primary pair, we found them surprisingly respectable for an in-ear set.

Likewise, noise cancellation worked better than expected. Some higher frequency tones as well as sharp, unexpected noises still snuck through but were reasonably dampened. Steady background noises, like the droning of a refrigerator and fan, were reduced to a whisper. Our Bose QuietComfort 35s do still hold a performance edge, but we’ve never experienced anything like the WF-1000X in this form factor.
Voice calls sounded crisp and clear, and people on the other end of our test calls felt we came through loud and clear. 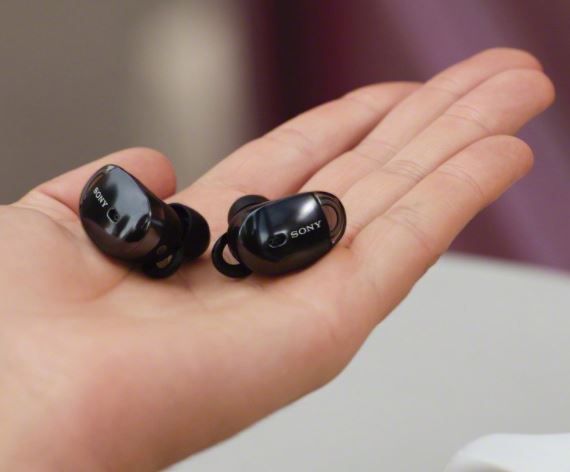 Using corded headphones couldn’t get any simpler. You plug them in and go. The world of wireless headphones brings a host of other complications. As users expect more technology in smaller sizes, something has to give.

Given the compact size of the WF-1000Xs, Sony elected to place only a single multifunction button on the earpieces, and you have to learn a series of different length taps and holds to perform various functions. Answering calls, controlling playback, and turning noise-cancelling on and off all rely on a single button. Volume control remains notably absent, so you will need to adjust levels from your connected device. 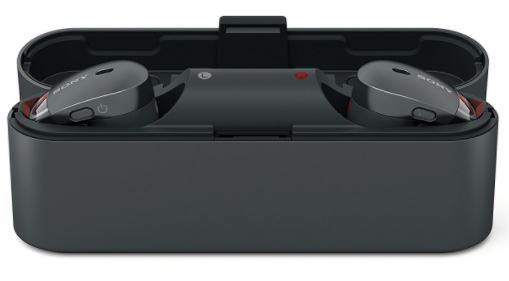 In order to enhance usability a bit, Sony developed their Headphones Connect app for both Android and iOS devices. You can use the app to select equalizer presets or activate Smart Auto-settings which will use your device’s sensors to adjust noise cancellation levels depending on your detected activities. While the app does bring some useful features, we wouldn’t expect to use it extensively.

Despite the convenience offered by wire-free headphones, a significant weakness plagues the WF-1000Xs. Battery life.

While they’re certainly not the only set to suffer a paltry playback time, at a mere three hours they sputter out significantly earlier than most sets we’ve tested. While you could argue that Active Noise Cancellation must require extra power, Sony lists 3 hours whether noise cancellation is on or off. By docking in the charging carrying case, you can get two additional complete charges for a total of 9 hours. 9 hours might pass the test if it were continuous, but given that few devices ever achieve their stated rating in real world usage, you could completely drain the battery simply by watching a long movie. 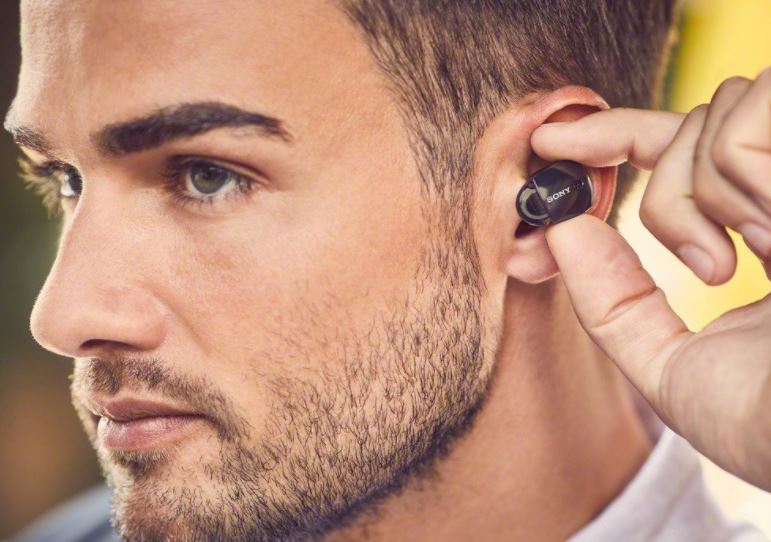 Without a doubt, the Sony WF-1000X Premium Noise Cancelling True Wireless Headphones are an impressive piece of technology. Though we’ve used larger noise cancelling headphones for years, we were pleasantly surprised at the novelty of shrinking that tech down to tiny in-ear, wireless earbuds.

Despite quality noise cancellation and impressive audio reproduction, the novelty soon wore off in light of the short battery life. While 3 hours might get you through a workout, you couldn’t make it through daily use without regularly docking the earbuds for a recharge. Extended travel would certainly prove difficult as well. 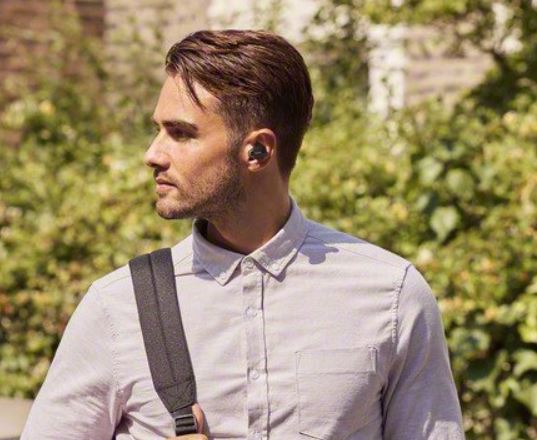 Ultimately it comes down to your personal needs. If you only foresee yourself using headphones for taking a morning jog, riding public transportation to and from work, or other brief scenarios, the WF-1000Xs will impress you with their quality and convenience.
For us, the thought of not even getting through a medium-length plane flight without charging our headphones, possibly multiple times, feels like a deal breaker.

Though poor battery life presents a significant thorn in the side, Sony’s WF-1000Xs are a technological achievement. They’re an excellent set of headphones as long as they meet your needs, and it will be exciting to watch what Sony can do with future versions.

Detailed Review of the SoundPEATS Q12 Plus Bluetooth …
December 30, 2018