Until quite recently, facial recognition features were something you could only find on high end cameras. When they did finally make their way down towards entry-level equipment, the first generation of gear had plenty of issues. But time heals all wounds, even when it comes to Wi-Fi security cameras. In most respects, entry-level security cameras have improved by leaps and bounds, even compared to only a few years ago.

If the name didn’t give it away, the Tend Insights Lynx Indoor 2 Indoor WiFi Security Camera is the second iteration of this particular type of Lynx-camera. The original model was among the first entry-level security cameras on the market to offer facial recognition as an essential feature. But in doing so, it encountered numerous problems that plagued its more general feature set. 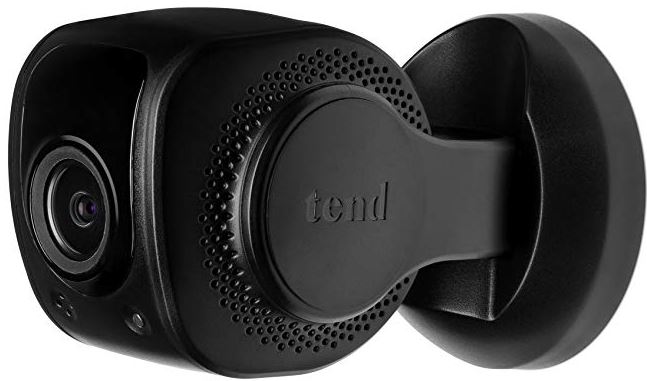 The newest version, the Lynx Indoor 2 WiFi Security Camera, goes a long way towards resolving those problems. It’s still a fairly basic, entry-level security camera, both in features and price. And it’s built around the essential, and aspires to offer little in the way of bells and whistles. But whether or not you can make use of this camera really depends on you.

Measuring only 3.5 x 2.2 x 2.2-inches, the Tend Insights Lynx Indoor 2 WiFi Security Camera is almost exactly as small and discreet as its predecessor. It’s certainly more discreet than nearly half of all cameras of this type, many of which are more specifically designed for interaction rather than stealth. But that’s not to say the Tend Insights Lynx 2 can’t be used for casual conversations, as we’ll see later. 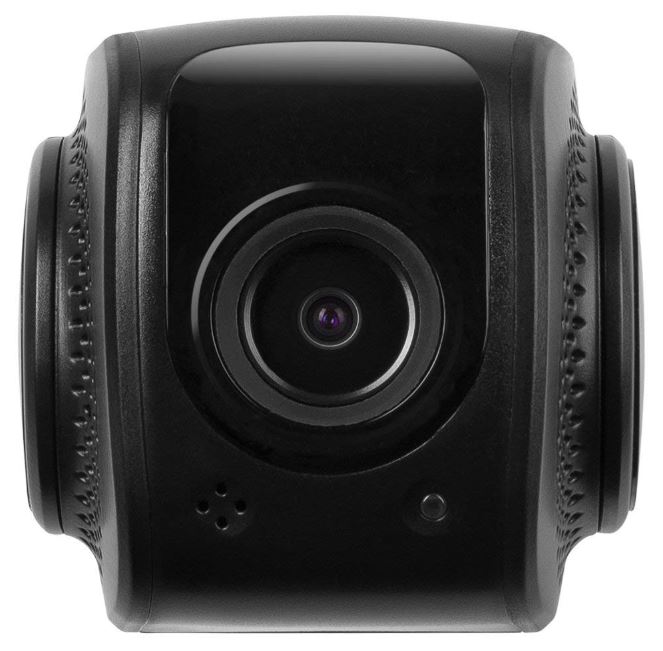 The body of camera itself weighs about 8-ounces, including the small stand by which the camera remains stable and adjustable. That weight helps make the Lynx 2 Indoor Security Camera adaptable to both flat surfaces and being mounted into a permanent position. Installation can be done with a wall mount, screws, or a snap bracket. Those options and their extra components are all included with the kit.

Another thing to note. The Tend Insights Lynx Indoor 2 is available in white and black, though the black color is an Amazon exclusive. Depending on the décor you’re trying to match or your specific circumstances of use, either color could be preferable.

What would a security camera be without Wi-Fi? About a dozen times less convenient. The Tend Insights Lynx Indoor 2 supports standard 802.11 Wi-Fi connections across the 2.4Ghz band. There’s no support for the 5Ghz band, but that shouldn’t be a concern given the fairly small amount of bandwidth involved in a 1080p video. 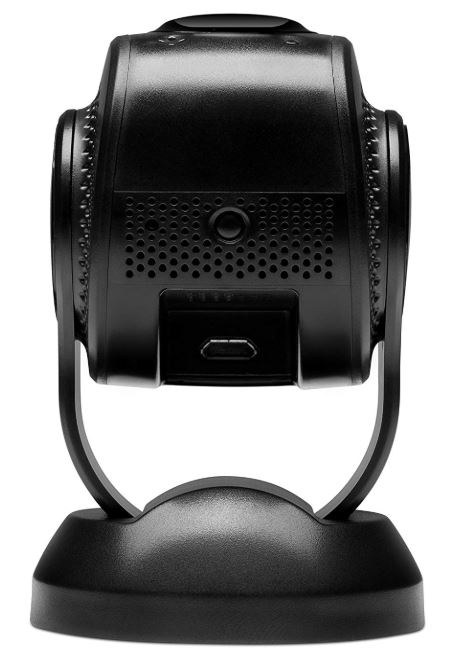 The Lynx 2 has roughly twice the range of its previous Wi-Fi chip. Like any Wi-Fi device, it’s signal performance is restricted by the environment in which you install the camera. Don’t have Wi-Fi access in your guest room? This camera isn’t going to pick up a signal where your phone won’t.

In other words, walk to any corner of your home, and whip out your smartphone. If you’re able to stream a YouTube video at 1080p in that position, then you’re going to be able to do the same with the Tend Insights Lynx Indoor 2. Provided you’re not trying to install the Lynx 2 inside an underground concrete bunker, you generally aren’t going to encounter installation or Wi-Fi issues.

And the entire installation process is about as simple as what’s described above. While Wi-Fi is used for connecting to and managing the device, it’s Bluetooth that’s used for setup. That makes it possible to get the Tend Insights Lynx 2 Indoor Camera operational in about fifteen seconds after its plugged in. Following the initial Bluetooth setup, connection is made through your Wi-Fi network. 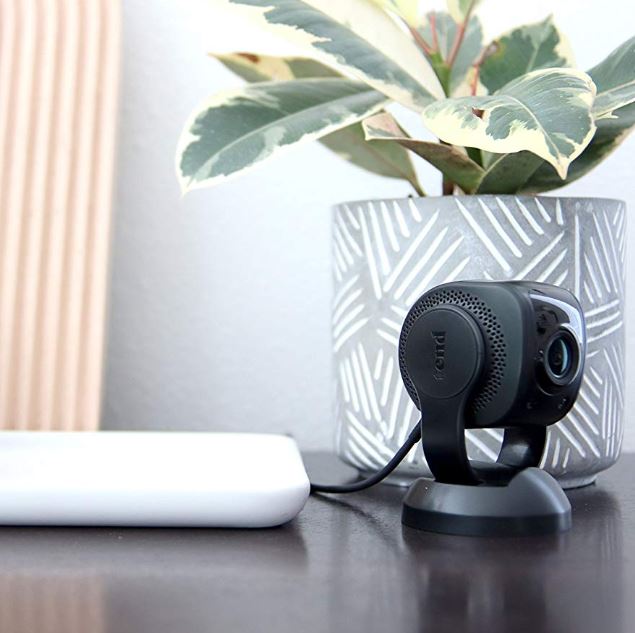 The simplest way to use the Tend 2 is without physical installation, simply placing it on a table. But mounting the camera is nearly as easy. The most direct way is using the included sticky-pad, at which point installation is about as difficult as putting a sticker on the surface where you want the camera. The Lynx 2 also includes a handful of screws that can be used for a more permanent installation.

When it comes to security camera footage, the golden standard is 1080p resolution. It’s large enough to give a full, detailed picture of what’s happening. And it gives more than enough data to the camera’s software to help it make facial software identifications. Compared to higher resolutions, it’s drastically more space-efficient. It’s a great decision for virtually all security cameras in virtually all circumstances. 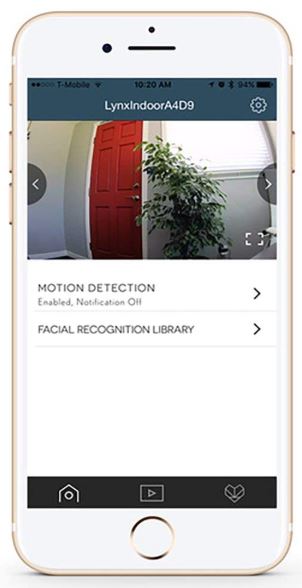 But not quite all circumstances. The Lynx Indoor 2 Indoor WiFi Security Camera provides night vision, anther essential for anyone who doesn’t want their camera to stop operating the moment it gets dark. It’s an IR-based night vision that’s reasonably effective within about 20-feet of the camera. If you need more than 20-feet of sight in the dark, you’ll need a much more expensive security camera.

Additionally, the Tend Insights Lynx Indoor 2 WiFi Security Camera includes two-way audio. It’s somewhat of a standard feature among security cameras these days. The microphone isn’t amazing; it picks up distortion similar to using a telephone. It’s intelligible and clear enough for unstrained communication. But like any basic microphone, it doesn’t do exceptionally well in noisy environments. If there’s music playing in the background, you’d better believe it’s making its way into the recording.

Whether this is an advantage or a disadvantage depends on your intended use, but the Lynx Indoor 2 does not require a memory card for operation. The Lynx Indoor 2 also does not use its own internal storage. How do you save your videos?

Over Wi-Fi, of course. Tend Insights includes free cloud storage for the Lynx Indoor 2 WiFi Security Camera. All your video content is placed into a private account online, where it’s stored for seven days. If you’d like to keep them longer, you can individually download them from your storage in the cloud.

This does mean you’ve got to sign-up for an account while setting up the camera, but it only takes a few minutes, and will only prompt you to log-in as often as you’d like. And if that seven-day period of recording seems limiting to you, they also offer a $10/month premier plan. It covers up to 10 cameras, and increases the storage to 30-days.

Entry-level security cameras like the Tend Insights Lynx Indoor 2 typically use a standard range of recording modes. For example, the Lynx Indoor 2 has a motion detection mode which can be used to send you a mobile notification when alerted.

These types of features are executed fairly well, but not with the same degree of granular control that you’d find on a much higher level camera. For example, the motion detection mode doesn’t allow you to create area-specific motion-zones, or adjust the sensitivity threshold for detection. 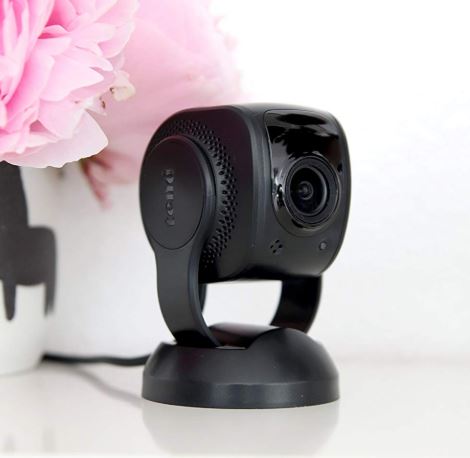 One feature that’s a little less mainstream is its support for intelligent facial recognition software. As with most any software of this type, you can select who the camera is supposed to recognize, enter those faces into your camera’s database, and then get notifications whenever a familiar face shows up. The face-recognition software is actually comparable to state-of-the-art equipment because you don’t need stellar hardware for stellar face recognition.

As you may expect, setting up groups and notifications occurs through the Tend Insights mobile app. Navigating the app is simple; there’s a row of buttons for settings, for home, and for recorded clips. The settings window can be initially confusing because of the way they’ve made menus is counterintuitive. But you get used to it after using the app a handful of times.

Opening the mobile app, you’re immediately treated to a live video feed. That’s a fairly simple way to start viewing your camera’s feed. Saving videos in the mobile app is easy, just click on a video and you can export it, then place it on YouTube, text it, or otherwise share your recording.

If you’re looking through recorded videos, before you actually select a video to load-it-up, the quality of the preview screen is exceptionally low. Once you actually select the clip you want to see and load it, the resolution returns to normal. That’s a minor inconvenience, and less-so if you’re viewing your video recordings without using their app.

At the end of the day, this is still an entry-level facial security camera. It doesn’t have support for Alexa, Google Home, or IFTTT. In other words, you can’t connect it along with in alarm system or lighting. There’s also no option to create motion zones, meaning you can’t configure the camera to seek motion in specific places within its field of view.

The Tend Insights Lynx 2 is wired, so there’s no need to worry about batteries. But you do need to find an outlet for the power cable. And the only cable runs about four feet, so you may need an extension cord depending on your installation circumstances. 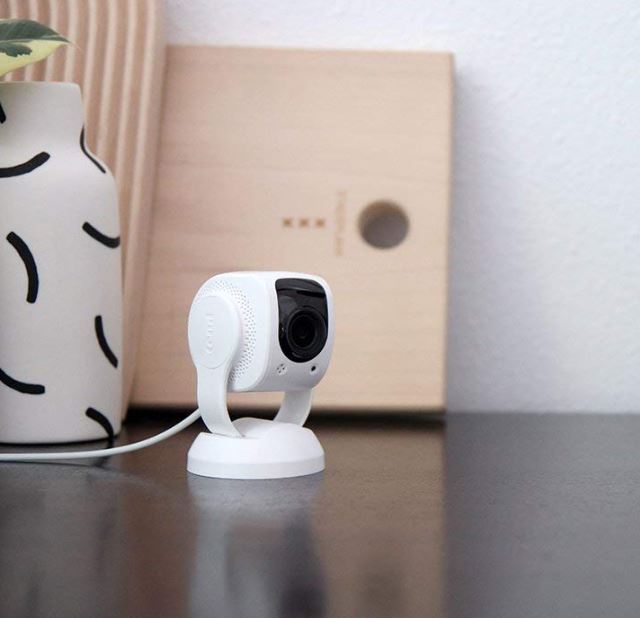 Who Should Choose the Tend Insights Lynx Indoor 2 Security Camera?

Entry-level equipment always has limitations. Whether or not those limitations affect you is another question entirely. The Tend Insights Lynx 2 isn’t going to hack-it when used in outside weather. And if you’re looking to record to something besides the cloud, then this camera isn’t going to work for you.

But the Tend Insights Lynx 2 is a great choice for someone seeking essential features on an affordable, quality-driven indoor camera. You may not need to setup motion zones, or connect the camera to an elaborate series of motion-detected lights, as if you were Bruce Wayne in the Batcave.

It gives you alerts when your kids get home from school, or helps you keep tabs on things while you’re not around. It’s simple enough for almost anyone to use, and delivers on video quality that’s all it needs to be. That makes the Tend Insights Lynx 2 fairly easy to like, and worth a close look.