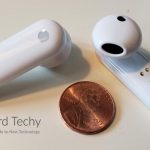 In this age of globalization, we interact more than ever with people who speak a different language. This is good for business, culture, and world peace. But navigating this polyglot world can be painful if you only speak one language. And even if you speak two, three, or more languages, you never know who you’re going to run into.

One solution to this problem is to hire a translator everywhere you go. This may work for the jet-setting elites, but it gets expensive, and the rest of us have bills to pay. So what do you do if you have to go to a business conference in Beijing, or a trade show in Toyko? A pocket translator or other personal translator is an excellent solution. If this is an unfamiliar concept, remember the universal translators on Star Trek. A character would speak into one, and the aliens would instantly understand them. A modern translator works much the same way, but it works better with humans than aliens.

The Timekettle M2 Language Translator is one such translator. It’s designed to ease communication between two people who don’t speak the same language. So far, so good. But we’ve reviewed several translators in the past. What sets this one apart? To begin with, the earpieces also function as ordinary wireless earbuds. But that just scratches the surface of what the Timekettle M2 offers. We’re about to take a deep dive into all of its features, benefits, and drawbacks. Once we’ve satisfied ourselves, we’ll be ready to render our final verdict. Let’s take a closer look, and see what we uncover! 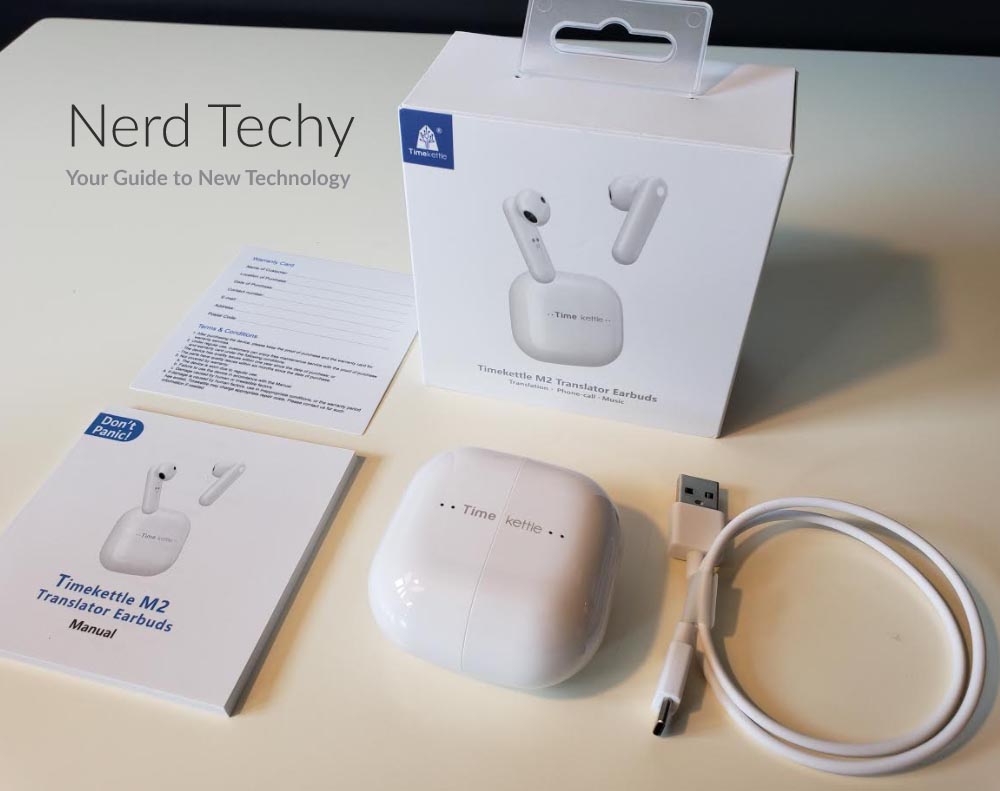 At first glance, the Timekettle M2 Language Translator doesn’t look like a translator at all. It looks like a pair of earbuds. The buds have an AirPod-style design, with white shells and a vertical configuration that drops directly into the charging case. This makes them easy to insert and remove, which you’ll presumably be doing quite frequently. Because the buds are designed to sit in the outside of your ear, there are no ear tips required. Simply pair them with your phone, insert them, and you’re ready to go. They’re IPX4-rated for water resistance, so they’re safe for workouts, rain, and other demanding conditions. Just don’t take them in the shower. 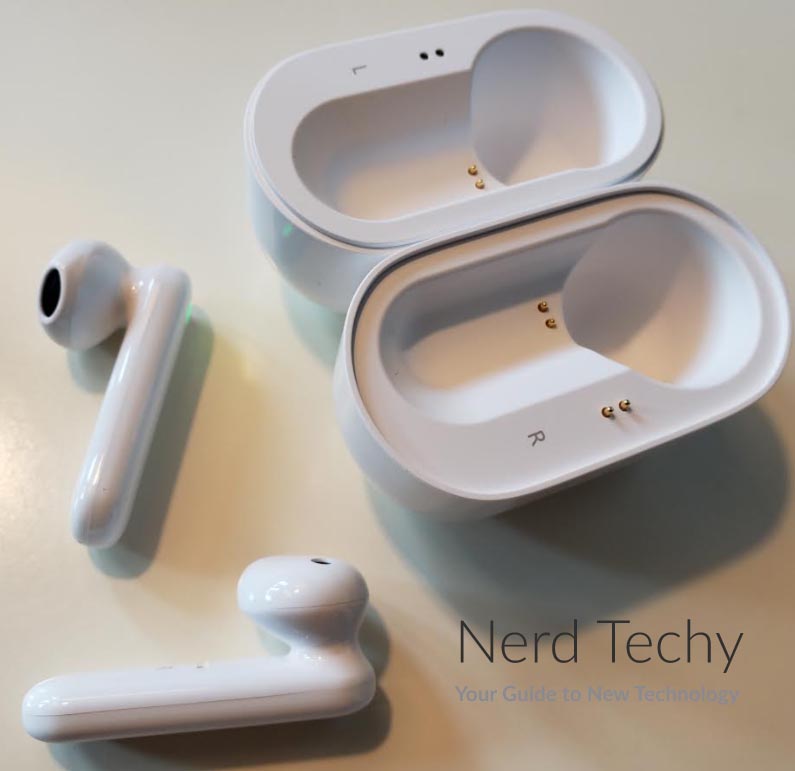 Like most wireless earbuds, the M2 buds have soft touch buttons on the back for hands-free operation. You can skip tracks, answer or end calls, and even activate your voice assistant with the touch of a button. Not only that, but the buds support up to six hours of use per charge. If that’s not enough, the case holds enough juice for an additional four charges, for a total of 30 hours. This means you can translate for an entire weekend without needing to plug in. When you do have to recharge, the case plugs in with a USB cable that’s included in the package.

The charging case is similar to an AirPod case, measuring 3.93 inches wide, 3.93 inches tall, and 1.97 inches thick. This makes it a bit fatter than an AirPod case. It’s also a bit heavier, tipping the scales at only 8.1 ounces. This makes it suitable for carrying in a laptop bag or purse, if not in your pocket. On the front of the case, there are four white LED lights that let you know the current battery status. Unlike the AirPod case, though, the M2 case opens from side to side, like a double door. This doesn’t make a practical difference in performance, but it’s something to be aware of.

If you prefer a standalone translator, there are plenty of options. For instance, the Timekettle Zero is a small fob that plugs into your phone’s USB Type-C port. This means you can use earbuds of your choice. On the other hand, the Zero has been known to offer less than perfect translation. 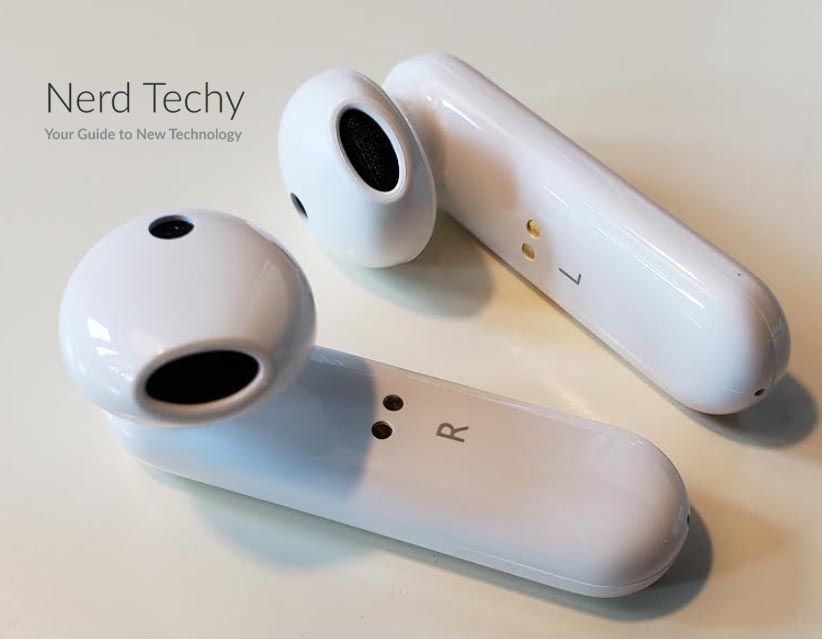 The Timekettle earbuds and case themselves are just, well, earbuds and a case. To actually use them as a translator, you’ll have to install the Timekettle app. Thankfully, it’s available for free on both iOS and Android devices. Just search for “Timekettle” in the Apple Store or Google Play and you’ll have it installed in no time. Once the app is installed, you won’t just have a pair of dumb headphones. You’ll have a pair of smart, translating headphones along with a powerful app. Regardless, before you start using the M2 Translator, you’ll need to pair it with your phone. This is easy, since the M2 uses the latest Bluetooth 5.0 wireless protocol. 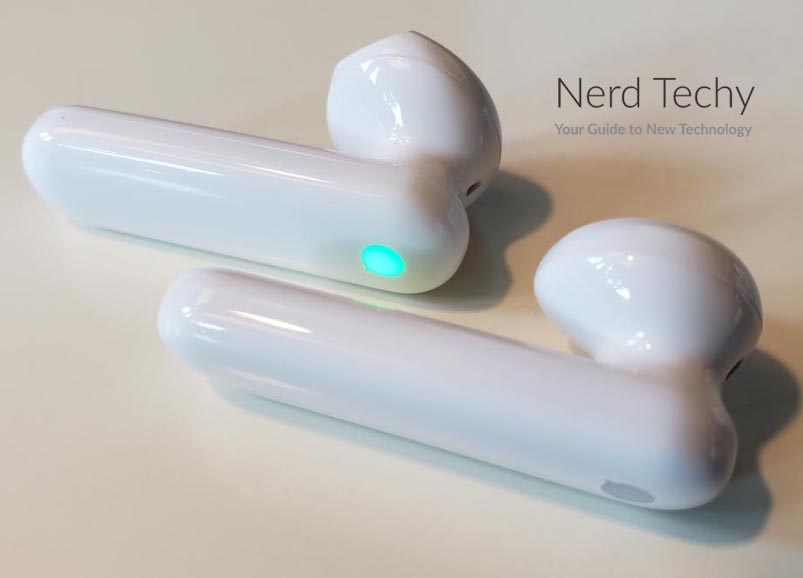 The translator itself works in three different modes. The first mode is touch mode, and is what you’ll want to use in most social interactions. In this mode, you simply tap the earbud to activate voice translation. When another person speaks, the translator will work simultaneously. It will seamlessly speak what they’re saying back to you in your own native language. The second mode is speaker mode. This mode only requires a single earbud, and is best for short interactions. You don’t have to shut off your music or other audio source to use this mode, since it only uses one earbud.

The third mode is called “listen mode”. In this mode, the translator will only work for listening, but will work more efficiently. For obvious reasons, this isn’t ideal for recording a conversation. On the other hand, it’s great for listening into a lecture or participating in a conference call. 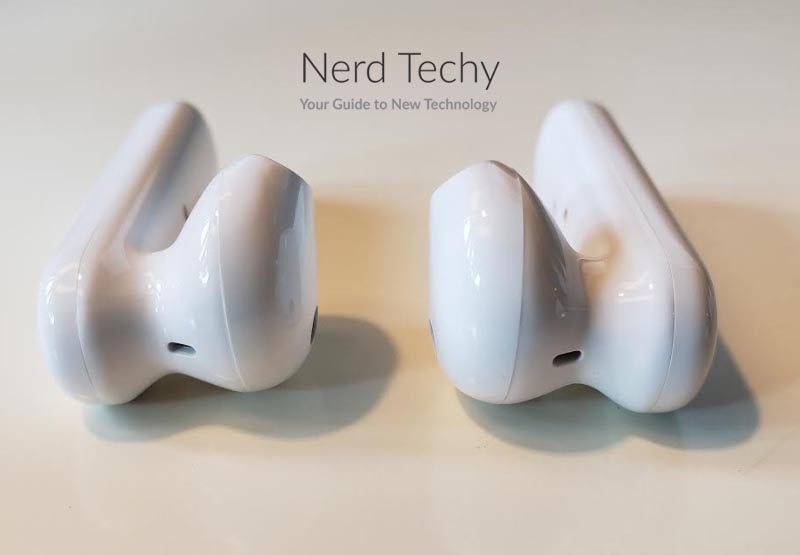 The M2 Language Translator supports translation in 40 languages, with support for an additional 93 accents. This allows you to communicate with over 90 percent of the world’s population. Could we ask for more? Sure. But Baskin-Robbins could also offer more than 31 flavors. It’s all about how much you want to spend for that extra 1 percent of versatility. Under most circumstances, 90 percent of the world population is going to be all you need. And, after all, this is an affordable translator.

The downside is that you’ll need an active WiFi or data connection in able to use the translator. The language packages are stored online, so you need a connection for them to work. That said, there are a selection of offline packages included with the translator. These include English, Chinese, Spanish, French, and Japanese. This means that your “online only” translator is still perfectly useful offline. Before you walk of into the sunset, make sure the language packs have been downloaded. If they haven’t been downloaded and installed you’re going to be left out in the cold. 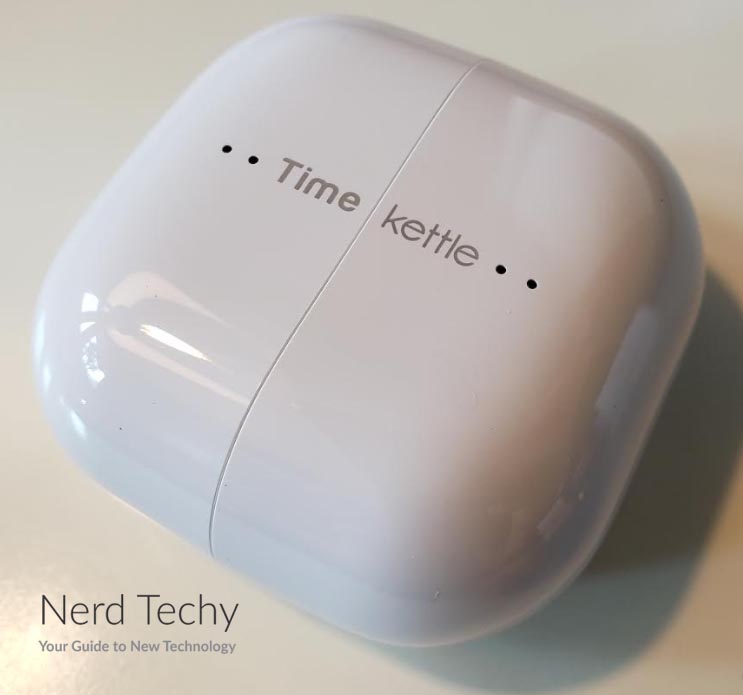 With any AI translator, there are going to be some hiccups. It’s just inevitable when you’re translating human language with a simple machine. Even the smartest algorithms can easily get tripped up by colloquialisms and other turns of phrase. Besides which, normal human speech isn’t always grammatically correct. How do you account for that? 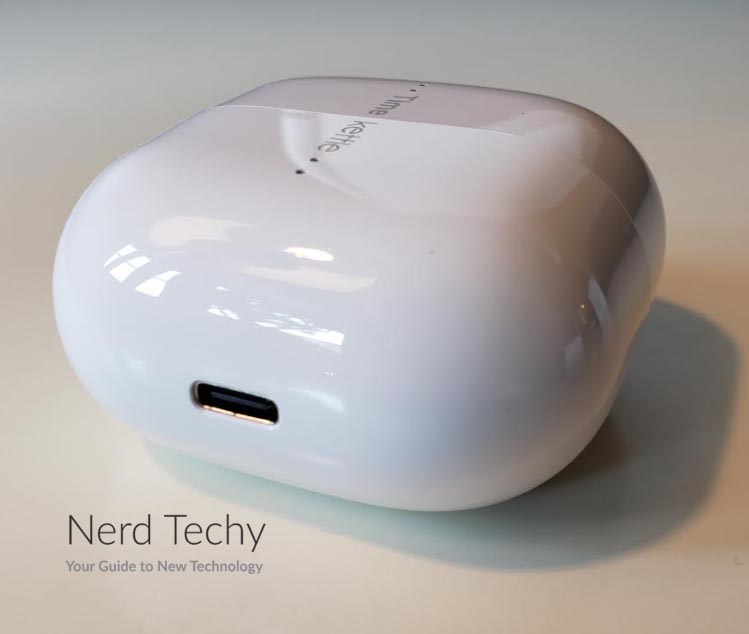 In terms of accuracy, there’s really no appreciable difference between the M2 and Google Translate. Here’s what we mean. Suppose you want to ask an ordinary question at a restaurant. “Where is the bathroom?” In that case, both programs will work just fine. Similar everyday phrases are equally easy to translate. The problem happens when you get into lectures, academic talks, or even business talks. For one thing, those kinds of talks often require a lot of jargon, which isn’t easily translated. Not only that, but tiny inaccuracies in translation can make it hard to keep up with a rambling paragraph. 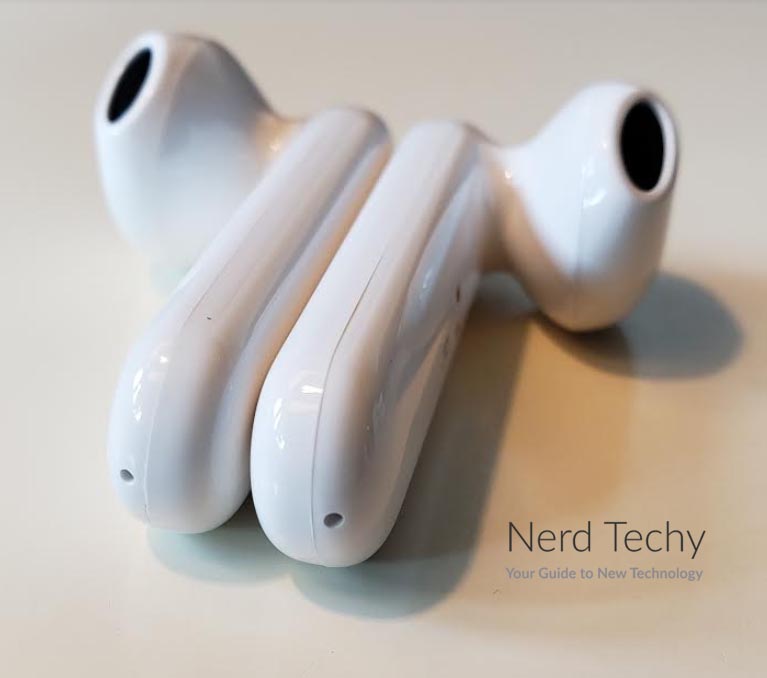 So, except as a pair of earbuds, the M2 is useless, right? Not quite. The M2 offers real-time translation, whereas Google Translate doesn’t. In other words, you’ll get the same translation, but Google Translate introduces a delay on top of that. This makes conversations clumsier and less natural. After all, you have to wait for the person to stop talking to even understand the beginning of what they said. For this reason, the M2 still serves a significant purpose. Besides which, you won’t have to carry your translator and earbuds separately. 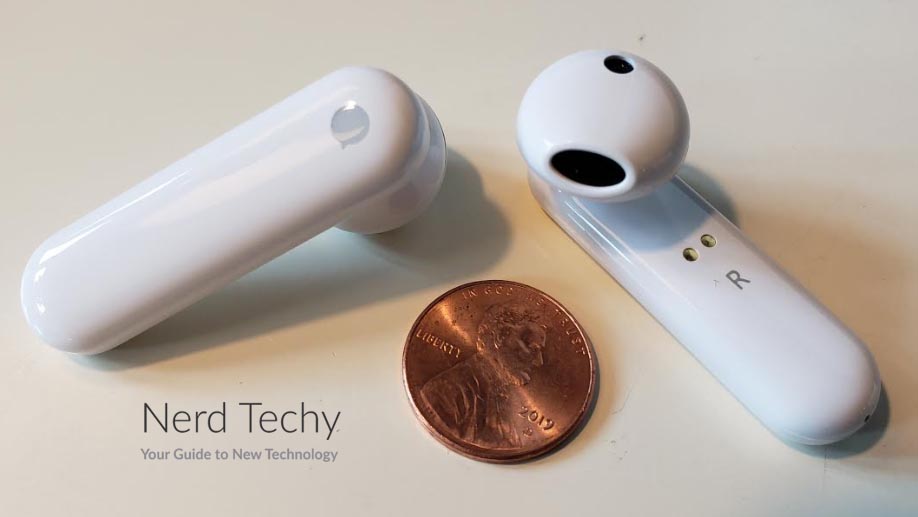 So, does the Timekettle M2 Language Translator live up to our expectations? Let’s start with the basic performance, which is where our expectations come from. This is not an uber-precise translator that’s designed for science conferences. It’s a general translator that works better the more everyday the conversation becomes. In addition, for many languages, you’ll need to have an internet connection.

That said, the other functions are well worth looking at. To begin with, you get excellent physical construction. The earbuds work like Apple AirPods, complete with a similar case. This makes them comfortable for almost anybody. It also means they should be familiar to both users.

Another feature we can recommend is the battery life. These buds, whether used for music or as a translator, perform for a very reasonable period of time. Not only that, but the three different translation modes offer plenty of versatility. Whether you’re sitting in a meeting or ordering dinner, you’ll have the translator you need. Obviously, whether or not it works for you is going to depend on how accurate of a translation you need. But for tourists and casual business travelers, the M2 should be more than good enough.