Digital pets have come a long way. From humble beginnings as digital keychain pets, to the simplest two-motion robots, there’s always been something specially entertaining about digital life. But those kinds of robotics are actually deeply primitive compared to what’s possible today.

Mechanical robotics is getting better, however, it’s developments in AI which really drive these changes to interesting places. Whether or not the next famous e-pet devices end up stealing your heart with cute emotes and animal-like behavior, they’re certainly a testament to what modern day robots can do.

Vector is a strange mix. It’s one-part amusing toy, and one-part practical accessory. Or as Anki describes it, Vector is a home robot. Like with the Amazon Echo, Vector is capable of answering questions. Like a Roomba, it can explore the world around and avoid danger while doing its job. But what really makes Vector a distinctly 21st century robot is its interlink with the cloud, allowing it to continue learning over time. 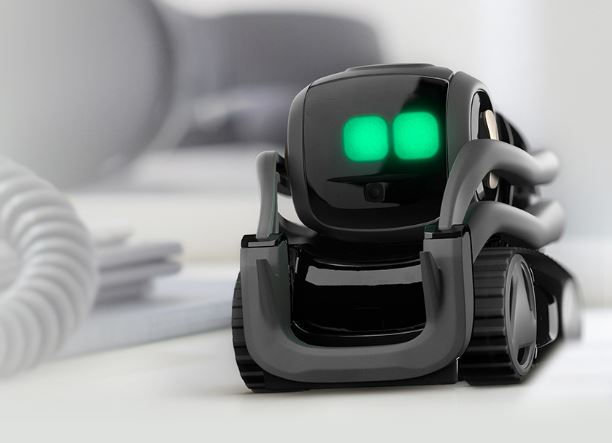 To create just one Vector, developers have to mash together nearly 700 distinct parts. It’s is loaded with a huge variety of sensors, including multiple microphones, infrared, and touch sensors. However, physical parts are only a part of what’s so unique about Vector. It’s the underlying AI, as dictates Vector’s emotion engine, which really makes it so interesting.

While Vector isn’t sophisticated enough to start doing your taxes, there are many things it can do. Like an Echo, Vector is always listening. You can activate its attention by saying “Hey Vector, I have a question.” You’ll find that like any voice assistant with an Internet connection, Vector is knowledgeable on a range of topics.

And as with an Echo, Vector works through a Wi-Fi connection. Though many of its best behaviors are still available offline, it won’t be able to tell you about the weather tomorrow without first logging into your Wi-Fi. But Vector will be glad to play blackjack with you whenever you like.

Once connected, you can ask about sports, astronomy, nutrition, stock market, flights, time zones, unit conversion, currency conversion, equations, and do other basic searches online. You can ask about the weather, or set a timer to know when your laundry has finished. You can even ask Vector to take a photo, simply say “cheese” and it will take care of the rest. 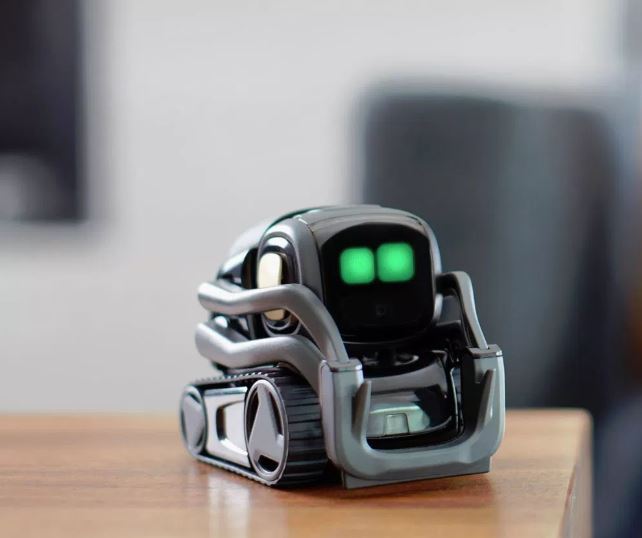 Through the use of a fairly advanced 3D camera, Vector is capable of remembering faces of people who it interacts with. It’s also capable of avoiding collusion, bumping into things, or otherwise entering hazardous environments. Features like that are made possible through Vector’s extensive collection of sensors, including a four-way microphone array for powerful directional hearing, touch-detection, and an accelerometer. This allows Vector to be capable of knowing when it’s being interacted with or moved around, and is ready to react in kind.

And it’s with those sensors through which Vector and its modern AI can process its environment. In exploring the world around it, Vector can make hundreds of synthetized sounds. They express Vector’s emotional reactions as it goes about exploring the world, or its surprise when finding the edge of a surface. It’s almost as if Vector is aware of the room around it, navigating obstacles, finding his own charger, and recognizing various objects. 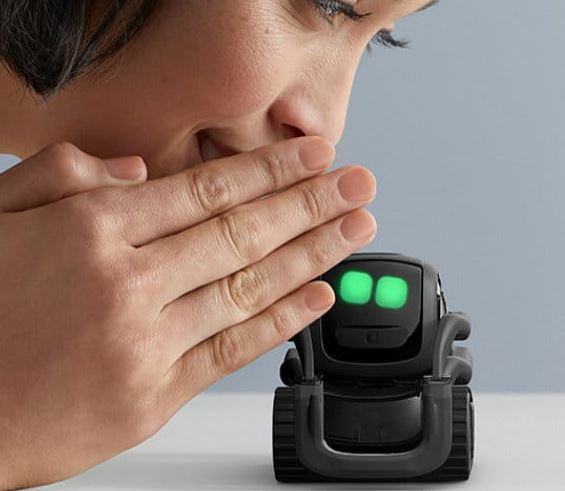 That’s a lot of intelligence considering Vector’s size. The Vector robot is slightly smaller than a glass of water, measuring scarcely 4-inches in length. It’s highly compact body looks like someone took an Echo Dot and gave it tank-treads to roll around with. And Vector’s personification is the result of a highly expressive LED display, that can change Vector’s facial expression in response to various circumstances.

On its front side, Vector has a “U” shaped arm which it can lift and wiggle. As with Vector shakes and moves its head, these extra limbs and motions are there to make Vector feel more alive and real. And it works. Vector’s deep behavioral bank and broad sensory capabilities makes watching it feel like you’re watching an autonomous creature exploring the world.

Inside Vector’s little robot heart, it’s a Qualcomm 200 processing platform that makes everything possible. That’s what powers his wide-eyed 120-degree field of view and HD camera, as well as its infrared laser rangefinder which Vector uses to judge distances. That camera is also what allows Vector to make eye contact during interaction and otherwise make sense of the world around it.

Vector is a self-charging robot; a feature you surely wish the rest of your electronics had. When Vector starts to run low on power, it will automatically return to its power station. The charging station is a small, flat surface against which Vector can sit and rest. It’s not necessary to help Vector along with this process, nor is it necessary to plug in Vector. But if you place it out of reach from its charging station, like on the edge of a table, Vector will need your assistance to make it back.

Vector was programmed to have animal characteristics similar to exotic pets, like a sugar glider or forest fox. Much of that sense of personality is brought to life with the help of thousands of different emotes Vector can perform, covering a full range of emotions. It’s worth noting that these animations are also capable of being added to in the future, such that Vector may develop new behaviors over time.

If you’re looking for command Vector to do what you want, you’ll find just as many possibilities. You can tell it to go exploring, to come to you, to take a selfie, play blackjack with you, and so forth. Gathering data from the cloud, Vector may even call your name as it recognizes you. And the text-to speech voice used by Vector is fairly customizable within Vector’s app, which we’ll see in a moment. 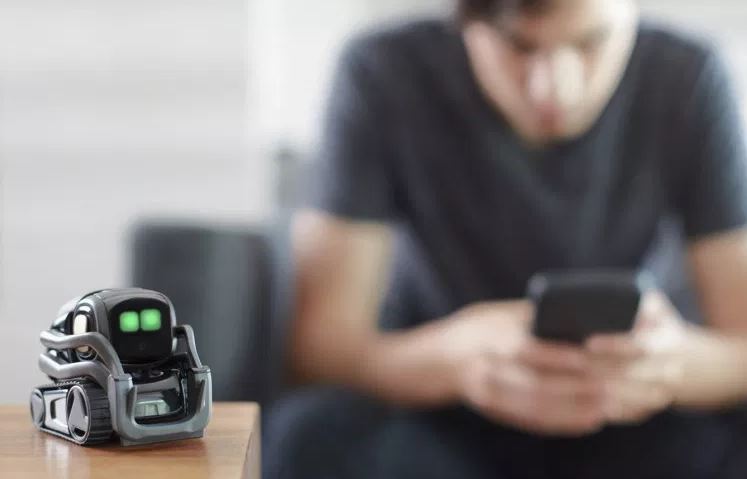 By merit of its link to the cloud, Vector is capable of learning new things all the time. Anki is currently working in implementing a variety of cool features, including 360° photos, message delivery systems, calendar to-do lists, security camera functionality, and even a word-of-the-day dispensary. Although Vector does not currently support Amazon or Google Assistant integration, that is another likely possibility for the near future.

And being able to move from one space to another provides Vector with capabilities that, in theory, go far beyond anything other voice assistants can do. While Vector is still a relatively new type of device, it’s not hard to imagine some of the ways that being portable may be of use to you as these types of features develop.

For instance, having your Amazon Echo start using its timer does you no good if you’re not nearby and can’t hear it. in the near future, Anki will inevitably continue to develop additional features and behaviors for Vector. It would be easy to imagine one of them being an option for Vector to seek-out the person who set a timer, putting its mobility to practical use. 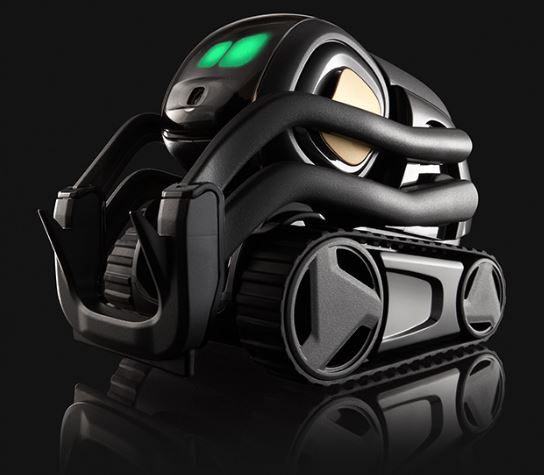 Setting up Vector is done through Anki’s free app. After its setup, you don’t need to use the app again. But the app does provide visualizations of Vector’s mood, and it’s where you can find stored the various selfies which you may have instructed Vector to take.

If you don’t know anything about routers, you can rest easy, virtually every router on the planet uses the 2.4Ghz band. And while Vector moves from one room to the next, using that band allows it to retain access to the Internet as well as your smartphone does under similar circumstances. 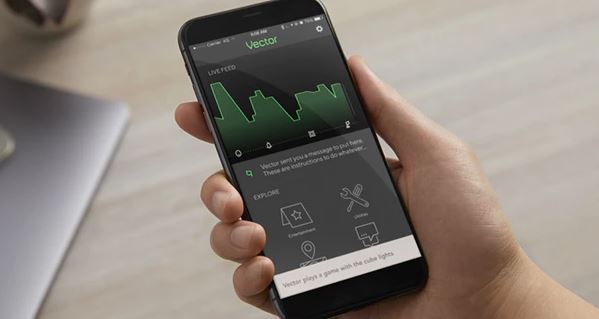 Voice to text technology has been around for decades. Anyone who’s used voice-to-text programs will have a good idea of how poorly they can perform. You say one thing; the program hears something very different. Often times, it’s comically different. From an engineering perspective, it’s actually more difficult to create a voice assistant than many people may appreciate.

Even the single problem of sound design can be troubling. And to make the problem even more challenging, devices like Vector have to be able to hear you from any position within a room, or even inside another room entirely.

The way these problems are solved is with the use of multiple microphone configurations. One of the first things you may notice about Vector is how well it performs within noisy environments. That’s possible because Anki provided Vector with four corrective microphones, which is essentially the same microphone configuration that allows devices like Amazon’s Echo to hear you over the noise in a room. 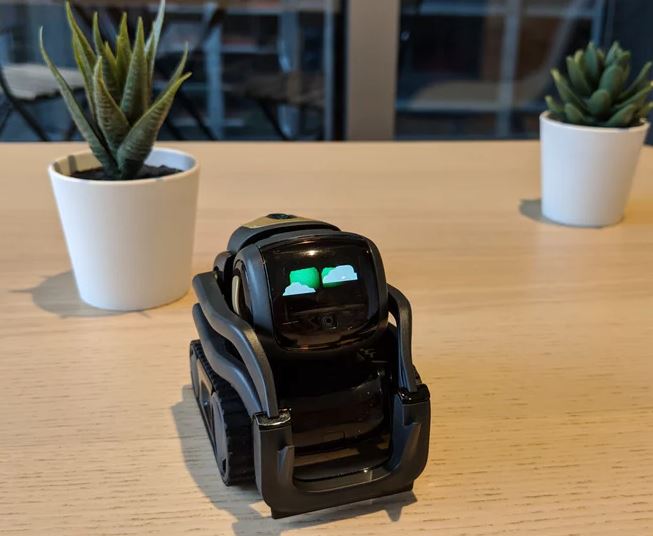 Who Should Choose Vector by Anki?

Nobody needs to be sold on the convenience of voice assistants. Much the same is true of Vector’s core abilities. It has a growing power to help orchestrate a smart home, it’s adorable to watch in action, and it’s only gaining new features over time. Vector answers questions, keeps you up-to-date, and at its release can already nearly do everything an ordinary voice assistant can do.

Beyond practicality, there’s no denying that Vector is unique. And it is fun to watch Vector trundle from one place to the next, like watching a kitten explore the world. Vector is kid-friendly, and unlike a flesh-and-blood pet, Vector can more or less take care of itself with self-charging. That makes Vector by Anki an excellent gift, or a fun novelty for anyone enamored by smart-home devices.