When you’re looking at a computer monitor, the image you see is composed of small pixels. Those pixels are essentially tiny rectangular lights, which is why everything rendered on your screen has a tendency to look as though it’s composed of tiny rectangles. That problem can be even worse if you’re a gamer, since the objects rendered within a game are simply more shapes strung together to resemble something they’re not. Anyone who’s played an older game will know the distinctive pixelated and blocky aesthetic of the era.

One way to help alleviate these kind of problems is to make the squares smaller. An image composed of 30 squares will look blockier than an image composed of 3,000 squares. In other words, high resolutions can help with the problem. But resolution can’t fix everything. In order to reduce or eliminate that blocky appearance within a game space, software developers use complex computational techniques called anti-aliasing. The goal is simple: eliminate the jagged edges which occur when you create non-rectangular shapes from rectangular pixels. 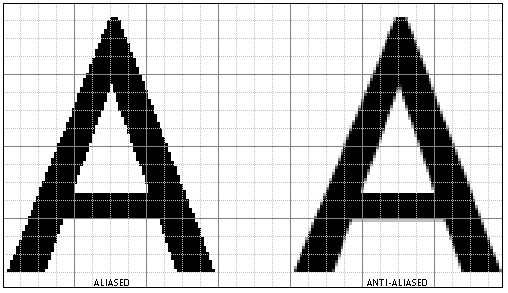 If you’ve ever opened up a game’s video options menu, then you’ve probably seen anti-aliasing. Often times, that experience involves encountering a drop-down menu with a dozen equally confusing options. You’ll see them written out with non-descriptive terminology like MSAA X5 or CSAA X8. And if you’re anything like most people, you probably felt intimidated and left the option alone.

In the simplest terms, anti-aliasing is software-based approach to reducing how blocky your games look. Game objects are composed of a series of polygons, which then have textures layered over them like paint. And like pixels, it can be tricky to make polygons appear like more than they are. Anti-aliasing smooths out that jagged appearance by blending the edge of a pixel with the adjacent colors. The result is a far more realistic image.

Anti-aliasing is a technique that goes back to the start of the new millennium, but in the years since, it’s undergone plenty of improvement. The oldest form is called super sampling, a somewhat direct and brutish approach where the pixels on a display were divided into several separate samples, each consisting of four pixels.

Those samples then were analyzed to determine an average color between the four pixels. The average of any set could be taken to help smooth out an image, but it didn’t allow developers to make corrections to lines or edges. Worse still, this blunt approach is computationally intense, which can place a substantial strain on your GPU.

Fortunately, in the days since then, better techniques for handling anti-aliasing have been crafted. One of the most widely used types is called multi-sampling anti-aliasing. With MSAA, connected pixels that share color are sampled together. From a technical perspective, that means when your display has a large group of similarly colored pixels, your GPU can save a lot of computational effort because it doesn’t have to analyze every individual pixel. That leaves over more graphics power that can be used elsewhere.

But this approach also means that MSAA can only smooth the edges of polygons, and nothing else within the world. For example, MSAA is incapable of helping improve pixelated textures. Additionally, it’s worth noting the reason why MSAA is effective at smoothing lines and edges is because by design it overlooks some of the pixels it’s processing. That can cause your image to lose some color detail. 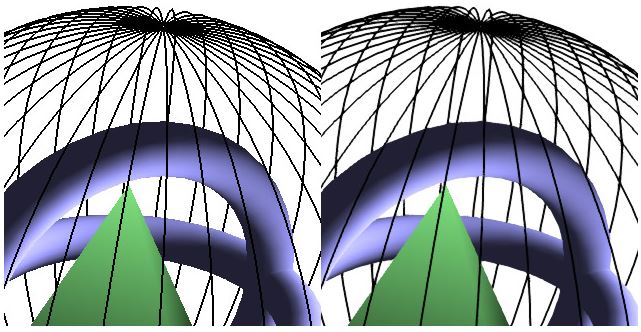 Another one worth knowing is FXAA, which is a performance-based approach to anti-aliasing. It’s constructed to smooths out the edges of an image while using very little processing power. But it’s low-powered approach can result in blurry images. Likewise, TXAA is a modern approach that combines several different techniques to smooth edges, but may only be available to modern GPUs.

Your options for anti-aliasing also depend on what GPU you’re running. AMD and NVidia have both developed their own type of anti-aliasing, CFAA and CSAA respectively. CSAA offers effective anti-aliasing by placing less strain on your GPU by sampling fewer colors within any given area, but it’s an approach that can reduce color accuracy. Likewise, AMD’s CFAA filter uses an edge detection algorithm to achieve better line filtering without losses to color, but at more of a computational cost than its NVidia counterpart. 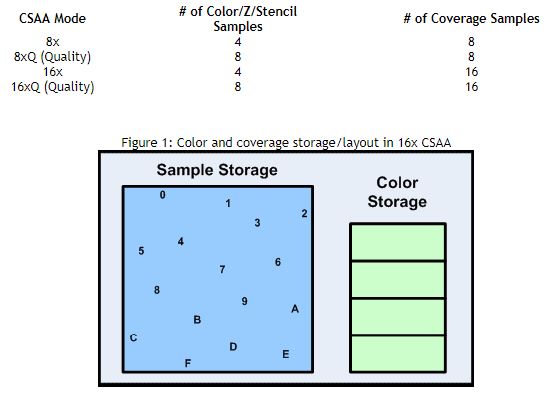 When you load up a game, you may or may not have many choices for anti-aliasing. In some cases, there’s a wealth of options, and other times, you’re fortunate to end up being able to choose between two. Whatever your options are, it’s easy to get confused with even a handful of short drop-down menus for anti-aliasing tools. Fortunately, it’s not that hard to understand.

If you’re trying to figure out the difference between MSAA x2 and MSAA x4, it’s essentially like using the blur tool in Photoshop. The MSAA x2 works its magic twice, double-filtering the image. Similarly, the MSAA x4 filter is applied four times. Sometimes multipliers are adjoined with the letter Q, indicating “quality.” For example, QCSAA x6 would boost color sampling from four to six, giving you similar performance to 8XMSAA without equal performance costs.

One of the most common misconceptions about gaming graphics is that the higher you raise your anti-aliasing multiplier, the better your game will look. Little could be further from the truth. Depending on the game and the resolution of your monitor, you may only need one or two applications of anti-aliasing. And the quantity you’ll need will vary from one game to the next.

You may find MSAA x2 improves the quality of your image, but MSAA x4 makes things look unnecessarily blurry, or you may experience extra losses to color accuracy. Worse still, those modifiers mean your GPU is doing more work. That can mean your game runs less smoothly overall, and your computer is producing more heat. And with a rise in heat, the performance of your entire computer can go into decline. Essentially every modern processor is built to throttle when exposed to higher temperatures. 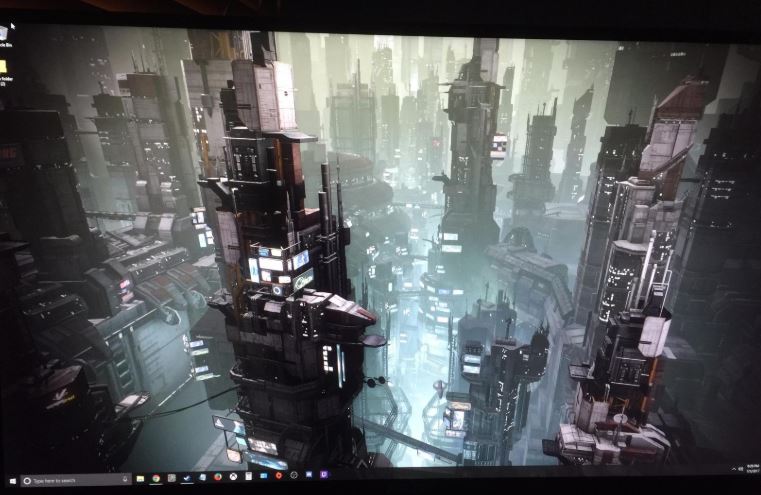 Why is Anti-Aliasing Important for Gaming?

Over the past few years, the resolution for large displays has risen to levels where pixels have become nigh invisible. Even with a perfectly ordinary 24-inch 1080p monitor, you’ve usually got to get within a few inches of your display before it’s possible to see an individual pixel. That means anti-aliasing is become less important as GPUs gotten better, and the average resolution has increased. Many older games can be run beautifully without the use of any anti-aliasing at all.

But newer titles need it as much as ever. For gamers who use larger screens, anti-aliasing is particularly important. Bigger resolutions mean you’ll need less anti-aliasing to smooth the edges. As your screen gets larger and your resolution stays the same size, your pixels become more noticeable, and you need more anti-aliasing. In other words, a 21-inch monitor isn’t going to need much fixing. Faced with larger screen sizes, anti-aliasing can be the only thing standing between you and your games looking terrible.

Should You Turn It Off?

In extremely competitive gaming where you need pixel-perfect precision with your shots, having an acute visual display can provide you with a slight edge over opponents. And if you’re playing for immersion, you don’t want to be taken out of the game by seeing unnatural lines and blocky textures. Anti-aliasing can be important because it impacts your immersion and performance within a game, but it also has a performance impact on your games by taking up computational resources. 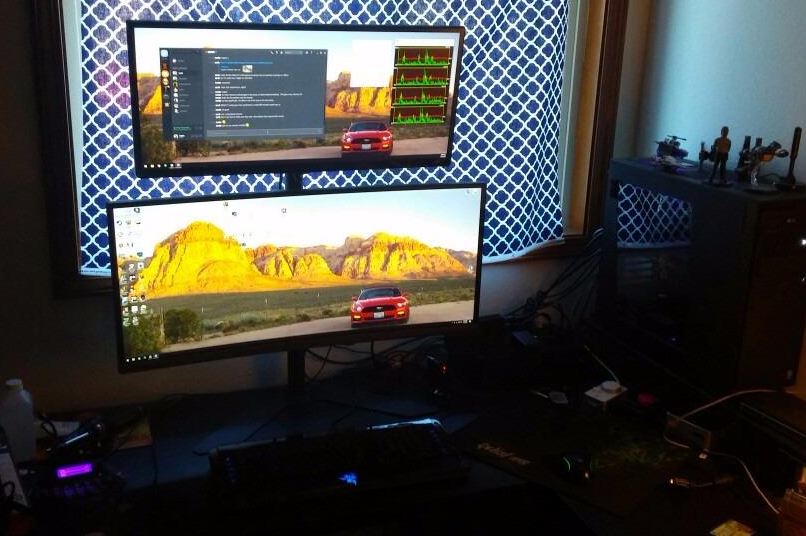 If you’re running a 4K resolution on a 27-inch monitor, then you probably won’t need anti-aliasing. A resolution of that size will look smooth out of the gate. But anti-aliasing may be able to help you in other ways. For example, it may be able to help smooth out lines and textures, which isn’t something that happens by simply making pixels smaller.

As with many things in life, the best way to find out if you need anti-aliasing is to give it a try. Load up one or two of your favorite games, and see if you personally enjoy the kind of blending effect it provides. And if you’ve been having performance issues, toggle it down, or toggle it off to see how much it helps improve things.

When you’re looking for an anti-aliasing setting to use, remember there isn’t one type of setting that’s simply best. It depends on your computer, your monitor, and the game you’re playing. But as a general rule of thumb, FXAA is a good basic form of anti-aliasing for low-end computers, and MSAA can be taken off to save resources. If you’re using a modern GPU, don’t be afraid to try one of the more confusing letter combinations, like CSAA. As long as you keep in mind that more filtering isn’t necessarily better, you’ll be able to make reasonable judgements about your own settings in the future.