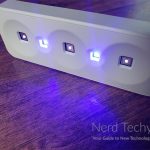 If the last couple of years have taught us anything, it’s that you can’t be too careful about disease. People are washing their hands more than they used to. And even as things get back to normal, we’re still more mindful about covering when we cough. But just as important as keeping ourselves clean is keeping our environment clean. A good example of this is your smartphone. The typical smartphone has more bacteria on it than a toilet seat, and you put it against your face. Would you put your face on a toilet seat? Probably not. So it stands to reason that you want to keep your smartphone and other high-contact surfaces clean.

In many cases, you can do this with soap and water, or a disinfectant spray. You can wipe down your door handles, faucets, and light switches in just a few minutes. But what about electronics, or other surfaces you don’t want to get wet? In that case, you’re going to want a different sanitization method. UV sanitizers have the advantage of being completely dry. You can sanitize the most sensitive of electronics without causing damage to the internal circuitry. They’re also almost-infinitely reusable. Eventually, you’re going to have to buy more Lysol. But you can use the same UV sanitizer for a decade or more.

Today, we’re going to be reviewing the Acuva Solarix UV-LED Portable Disinfection Device. This is a handheld, collapsible wand that kills germs with powerful ultraviolet rays. It’s easy to carry around in your purse or backpack, and works in about 10 seconds. It also has a couple of safety features to make it harder to shine UV light on yourself. But does it actually perform as well as we’d expect? Or would you be better off looking for an entirely different UV wand? To find out, we’re going to take a closer look at everything this sanitizer does. After we’ve given it a thorough once-over, we’ll sum up what we’ve learned, and give a final judgement. Let’s begin! 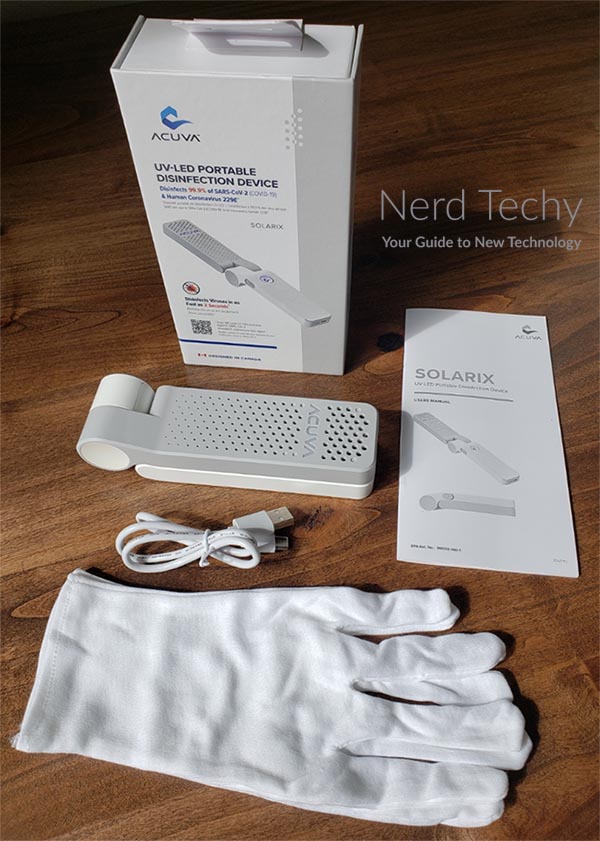 How Does a UV Light Wand Work?

The benefits of a UV light wand are obvious. It kills germs without getting your stuff wet. You can clean your keyboard without unplugging it, or sanitize gloves without putting them through the wash. Not only that, but you don’t have to use any harsh chemicals. This makes UV sanitizers safe around pets and children. But how do they actually work? Here’s a quick overview of the basics of UV sanitization.

Ultraviolet, or UV for short, is a type of electromagnetic radiation that’s more powerful than ordinary light. Certain types of UV light can be useful. For example, tanning booths emit UV rays of certain frequencies to promote tanning. But all UV light will eventually damage living tissue. This works because radiation disrupts complex molecules, and DNA is the most complex molecule there is. RNA, found in viruses, is a close second. When a bacteria loses its DNA, or a virus loses its RNA, it dies.

To get the best effect, UV sanitizers use rays that are 280nm or shorter. This type of light is called UVC, and it’s what you should be looking for. The shorter the wavelength – the lower the number – the more powerful the radiation. That said, there is a limit. UV rays shorter than 100nm are called “extreme ultraviolet.” They’re exceptionally effective, but they’re also dangerous to use. As a result, you can’t buy an extreme ultraviolet sanitizer without passing a test and earning a special license.

How long a UV light wand takes to work depends on a number of factors. It depends on the power of the light, the distance to the surface, and how tough the germ is. Some germs, like the HIV virus, are extremely delicate. Outside the human body, they die in a few minutes even without any sterilization methods. Other germs, like E Coli, are very tough, and can survive for days on a surface. For this reason, sanitizer manufacturers usually base their metrics on how long it takes to kill E Coli. The thinking is that if you’ve zapped a surface long enough to kill E Coli, everything else is already dead. 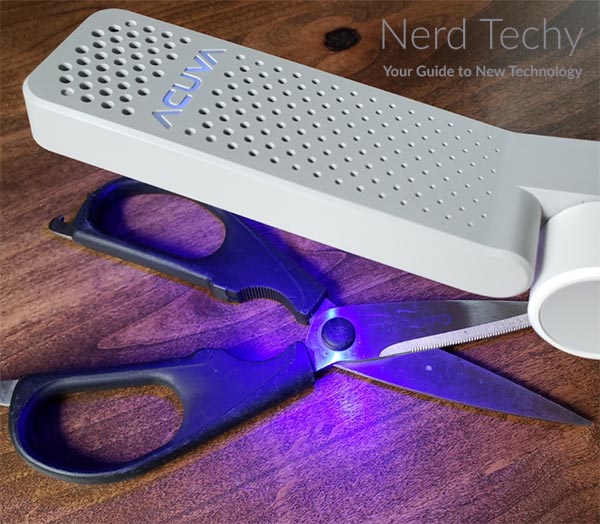 Like any technology, UV light wands have their own costs and benefits. Let’s start by talking about the benefits. To begin with, as we already mentioned, you don’t have to clean with any chemicals. This is great for pets and children, who like to lick their hands and/or paws after touching things. It’s also a useful feature if you have a chemical sensitivity, or for cleaning food prep surfaces. UV light leaves no trace, so you don’t have to worry about disinfectant accidentally getting into your food.

So, if UV light is so great, why isn’t everybody using it? The first reason is that UV light is only useful on solid surfaces. The more porous a surface is, and the deeper it goes, the less effective UV light is. For example, it won’t work on a dish sponge. Sure, any germs on the top of the sponge will be dead. But germs lurking just below the surface will be alive and well.

Another problem is that UV light isn’t only bad for germs. It will damage any living cells it gets shined on. This includes not just people, but also our pets and even houseplants. So if your cat or Ficas tree has an infection, you can’t use UV light on it. Along the same lines, UV light is useless for personal hygiene. In the short run, it can cause nasty burns. In the long runs, it can cause severe skin damage, and even cancer.

The Acuva Solarix is designed very safely. But the safest way to use UV light is to use it in an enclosed compartment. The 59S P55 UV Light Sanitizer Bag is about the size of a lunch box. You can put small objects inside, zip it shut, and run a cleaning cycle without exposing any of your body. 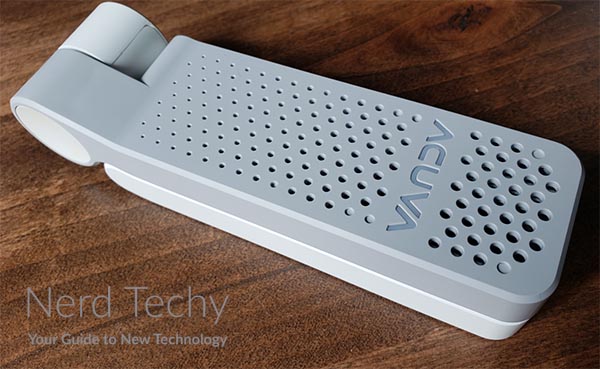 The Acuva Solarix UV-LED Portable Disinfection Device is constructed from white and grey ABS plastic. It has a flattish, rectangular profile, with a slight curve to give it character. It’s also hinged in the center, and you would normally carry it in a collapsed configuration. This is a safety feature, since the UV bulb is covered when the wand is closed. There’s a locking switch on one side, which you’ll need to hold forward in order to open the hinge. Once it’s open, you simply press the power button on the front with your thumb in order to sanitize. 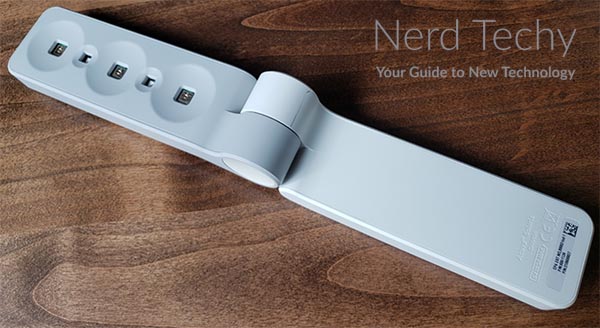 Additional safety is provided by an internal Hall Effect sensor. The sanitizer will not operate until the hinge has been opened past 180 degrees. This ensures that the lens is pointing away from you whenever your thumb is on the power button. Unless you’re doing something intentionally wrong, there’s no way to shine this sanitizer at your face. 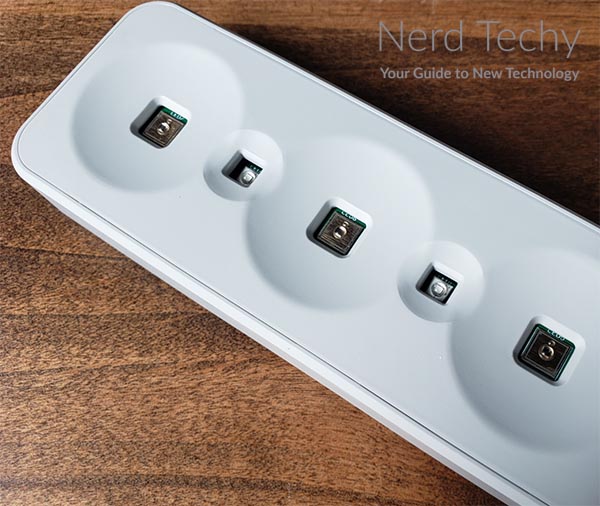 To clean, you double-tap the power button, and the light will turn on for 10 seconds. This is a full cleaning cycle, as long as you hold the light about 5cm from the surface. This is roughly two inches, which is pretty close. Still, knowing which area you’ve covered is easy. A blue visual light shines on the same area that the UV rays are covering. You don’t have to guess where the invisible beams are shining. 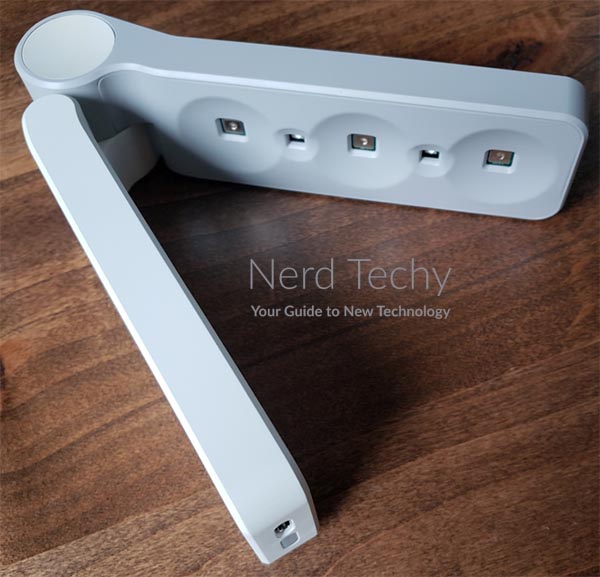 So, what can the Solarix actually do? When used as directed, it will kill 99.9% of the SARS-Cov-2 virus as confirmed by an independent lab. This sounds impressive; it can kill coronavirus! But SARS-Cov-2 is actually fairly easy to kill on a surface, when compared to many other germs. Still, it’s good to know that the sanitizer is effective, and that it was reviewed by a third-party lab. Then again, keep in mind that this relies on you using the wand as intended. 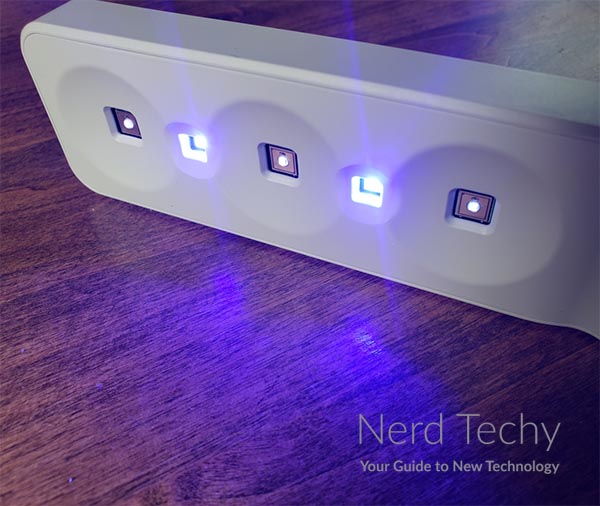 The internal 3,200mAh battery has enough juice to last for a full hour of sanitizing. Whether this is a lot or a little depends on what you’re trying to do. Regardless, we were a bit disappointed, since most simple flashlights last much longer. That said, the Lithium Polymer battery technology is very safe. And charging via the included USB Type-C cable only takes about an hour. 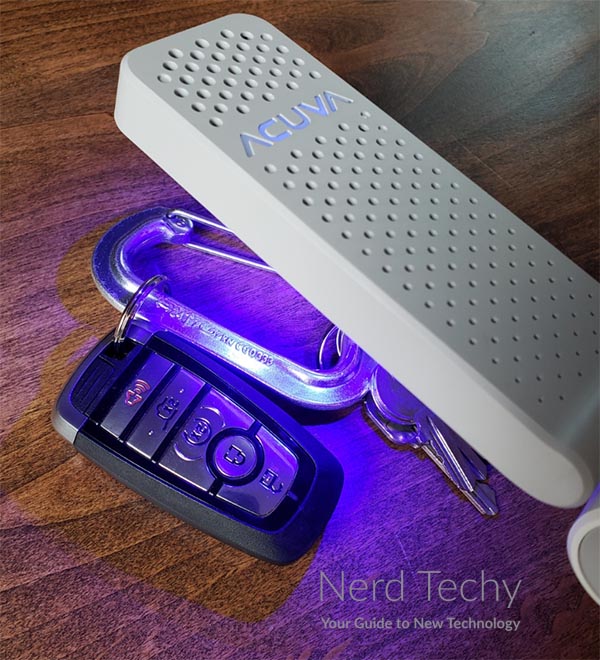 If you prefer a different type of power supply, check out the Heygienic UV Sterilizing Wand. It can be powered by two different methods. First, you can opt to plug it into a USB power supply and use it in corded mode. Alternatively, you can use AAA batteries, which can be replaced as needed. This means no down time. But for most people, the Solarix’ rechargeable battery will be more convenient. 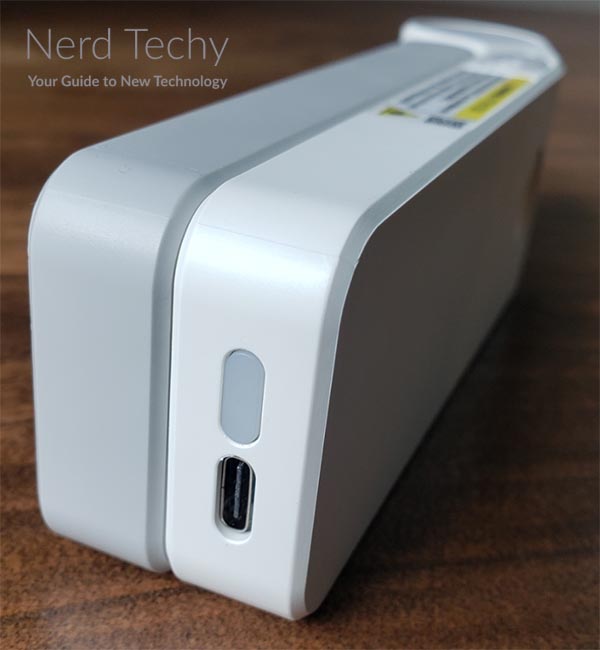 Along with the sanitizer and charger, the kit also includes a set of black UV-resistant gloves. These are a nice touch, and they work well enough for what they are. If you accidentally shine the light on your hand, you won’t get burned. That said, they’re not very tough. You’ll want to be careful while you’re wearing them, or they’re likely to end up with a hole. 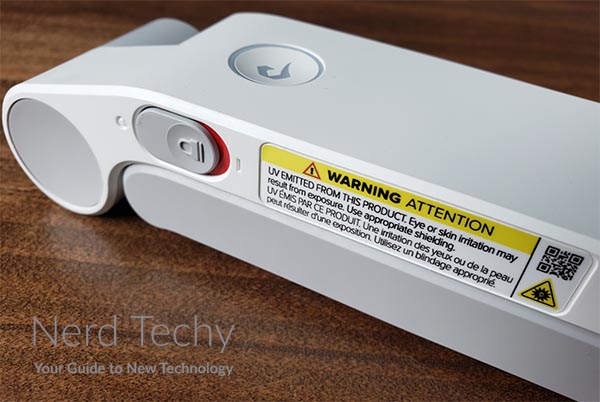 For even better hand protection, consider the PhoneSoap Go. It’s similarly compact, as well as battery-powered. And since it’s a small enclosure, it can’t shine any UV rays on your body. That said, it’s no good for anything larger than a smartphone or earbuds.

As you can see, the Acuva Solarix UV-LED Portable Disinfection Device is well worth buying. Yes, it’s similar to other UV sanitizers in most respects. There’s nothing particularly impressive about the level of sanitization or the speed of operation. That said, the safety features impressed us, particularly the angle sensor. In the end, there’s no way to make a UV wand that’s 100 percent foolproof. But Acuva has done a great job of making theirs as safe as possible.