Dash cams first rose to popularity a few years ago, when “Russian driving videos” became a YouTube sensation. In America, we’re simultaneously shocked and horrified at the lawless antics that seem to be caught on camera.

While these videos may not be fully representative of what it’s like to drive day to day in Russia, they do make a point. Traffic laws are not strictly enforced, and citizens need a way to document their daily driving activities, so they can be legally protected if an incident occurs.

Perhaps dash cams are a little more important in places where traffic accidents are more likely to occur, but there is still a need for them here. Whether you’re involved in a serious accident or a fender bender, insurance companies are going to investigate the issue to find out what happened. Depending on the type of accident, you may be automatically deemed at fault. Imagine the person in front of you slams on the brakes. In many states, it’s always your fault if you rear end someone. But what if you were following at a reasonable distance?

These types of situations happen all the time. Many of us are fortunate to avoid it, but it’s important to be prepared. A dash cam is the best way to do so.

Ideally, a dash cam should provide excellent video quality, and work automatically. There should be no question of what went on, and technology is finally available that can provide this.

We had the opportunity to take the Anker Roav Dash Cam for a test drive. It’s affordably priced, but is one of the best selling models on the market. Does this camera have what it takes to keep your secure? We decided to go hands-on to find out. 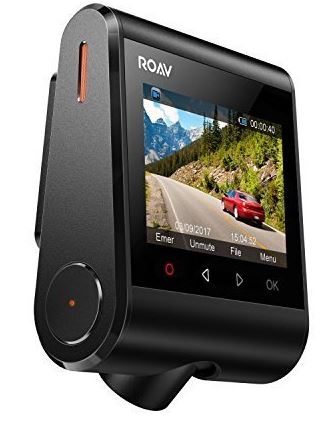 Unlike Dash cams that require a number of supporting components, the Anker Roav is an all in one unit. It mounts behind your rear-view mirror, providing both video capture, review (via the built in screen,) and wireless file downloads. These features alone are enough to make it stand out, but once you dig into the tech specs you start to see a piece of hardware that was well crafted. It has a high end image sensor and processor made by Sony, and uses a file format that is well compressed, using your SD storage space wisely. It doesn’t come with an SD card, but these are cheap and readily available. The one downside to this is that you need to choose the correct type to get the most out what this camera has to offer, but we did some tests and found the best type to use. 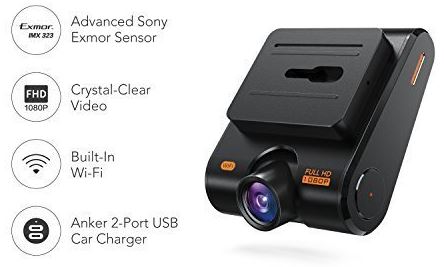 Before you buy, the first thing you’ll want to do is make sure it’s compatible with your vehicle. This camera is designed to be attached directly to your windshield, and mounts behind your rear view mirror.

It’s adjustable in position, and tilts to support various glass orientations. When mounted behind your mirror, it doesn’t occupy any additional visibility. This has important safety implications, as we wouldn’t recommend sacrificing visibility for the sake of a dash cam. 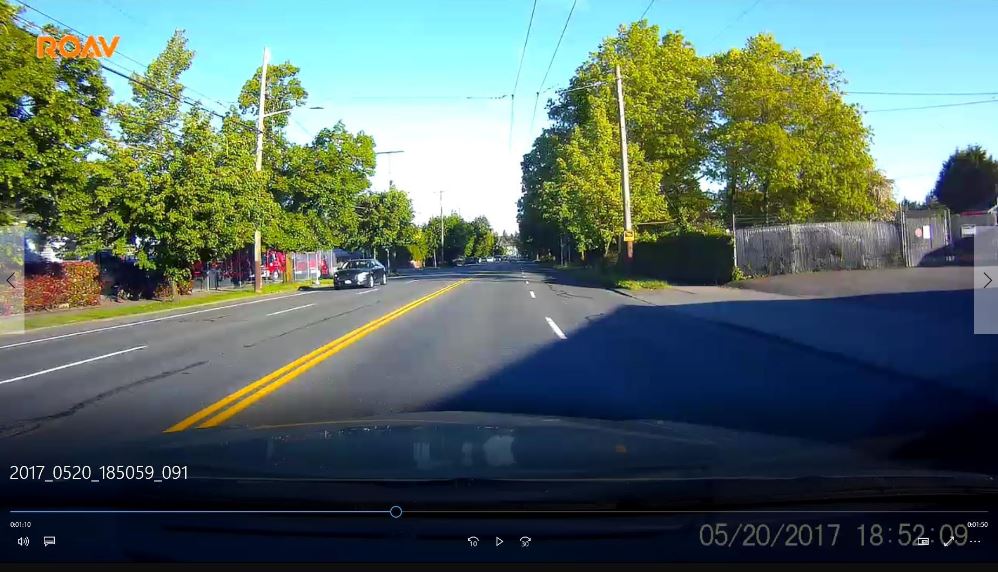 There are two steps to install it. You’ll find two mounts inside the box. You only need one of them, but they include a second in case you make a mistake with the first. On the bottom of these mounts is a 3M mounting pad. This isn’t your average mounting tape. Once it’s stuck, it’s stuck. There are no second tries with the single pad, just second tries with an entirely separate mount. Fortunately, it’s a simple peel and stick procedure, so we got it right on our first try, and can’t envision anyone messing it up twice.

Once you’ve got the mount where you want, you clip on the actual camera to it. You need to supply USB power. Anker gives you a 10 foot USB cable, an adapter for your cars cigarette lighter / AUX power port. This adapter also splits your AUX power, so you don’t use up the entire port just running the camera. You can still plug other things in.

After getting it installed, we couldn’t help but take a moment to appreciate how well built this camera was. This isn’t the cheap plastic you’ve come to expect from electronics in this price bracket, the enclosure is all metal. It’s got capacitive touch buttons in the front, and they all respond easily to your touch. We’d say it’s just as good as a modern smartphone.

The button on the side is also made from metal, and is a physical push button. But it’s still responsive, and easy to push. Since it’s the power button, we’d say that this little extra bit of responsiveness is worthwhile.

The main advantage of this high end build quality is durability. When parked, your car can be exposed to extreme temperatures. It gets very hot in the summer, and very cold in the winter. But this camera can survive in far worse conditions than any person, so we’d have no qualms about leaving it out overnight. 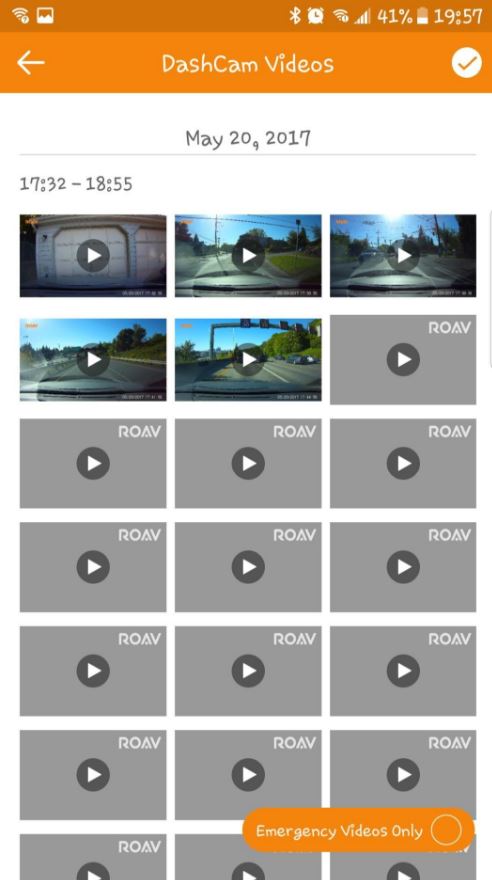 Most dash cams are simple. You hit record, and they record. Press it again, and they stop. It might seem simple, but there is one major disadvantage to this system. You have to remember to turn it on.

The Roav turns itself on. When you start your car, it enters driving mode. It will record the video as long as you continue driving, and turn off otherwise. This prevents it from draining your battery, and you won’t be caught without footage when you forget to turn it on. 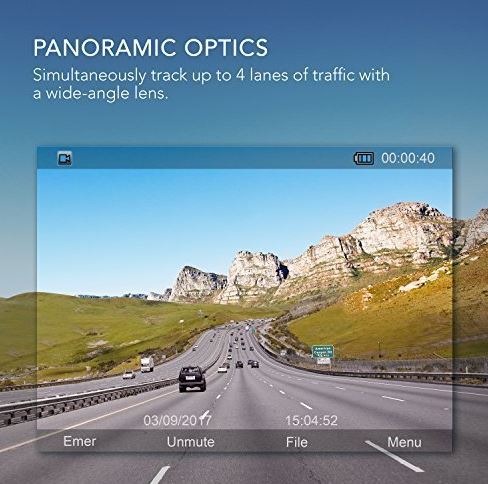 But just because you park your car, doesn’t mean that the camera is totally off. It enters a special low power mode called “parking monitor”. While it’s not actively recording footage, it is keeping a watchful eye on your car. When motion is detected, it records. This means that if anyone tampers with your vehicle, you’ll get everything on tape. You won’t kill your car batteries, as there is a built in battery that charges while in motion, and keeps the camera running when the car is off.

What happens when you want to retrieve the footage? With most cameras, you’ll have to remove it and connect it to your computer. But not with the Roav. It’s always broadcasting a WiFi network, so you can download your files wirelessly. The easiest way to access them is to download their free app, and connect to the network. But if you’re a techie, you can also access the files directly with an app such as ES file explorer. 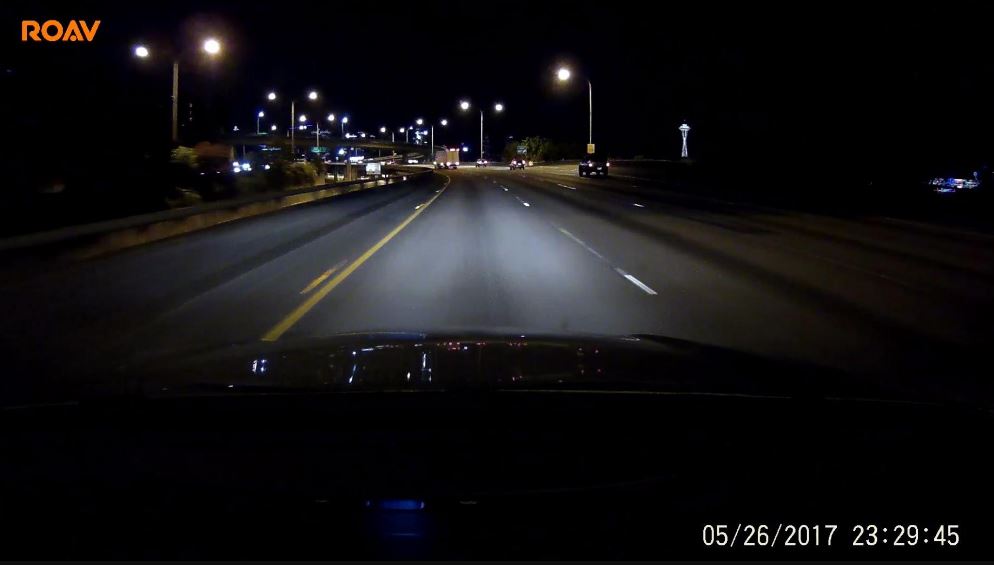 This is one of the areas where the Roav excels most. It’s got a high end video sensor made by Sony, and pairs it with a set of high end glass optics.

In both day and night, the video is ultra crisp and clear. It has a very wide viewing angle, so you can capture all 8 lanes of traffic when you’re driving on the freeway. But the feature we like most is the wide dynamic range. This allows the image sensor to capture both bright and dark images at the same time. Even when you’ve got the sun shining directly on the lens, you’re not going to suffer from washed out video and disappointing recordings. 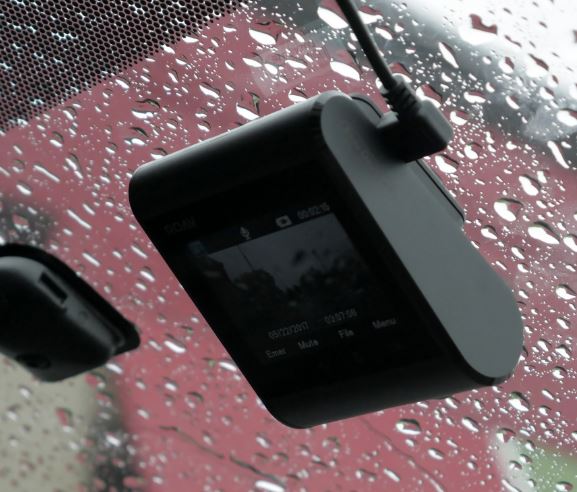 There are two disadvantages to the Roav. For some, the first is the mounting system. Most modern vehicles have slanted windshields. This is important for fuel economy, and aerodynamics. But there are still some that don’t. Are you driving one of the new Nissan NV cargo vans? A semi truck? A classic Volkswagen camper? What these vehicles all have in common is flat wind screens. And this mounting design simply won’t work, as you can’t mount it behind the rear view mirror.

The next disadvantage isn’t the fault of the camera, but with the way that Android handles WiFi networks. When you first connect, it will check and see if the internet works or not. If there is no internet, it will default to your mobile data for all networking queries. The problem is that the WiFi network broadcasted isn’t to supply internet, just transfer files. So if you want to download the files over WiFi on Android, you’ll have to enable WiFi and disable mobile internet. After the file transfer is complete, you can turn data back on. It still works, but it’s not quite as convenient as it could be. With luck, the application will be updated to solve this problem. 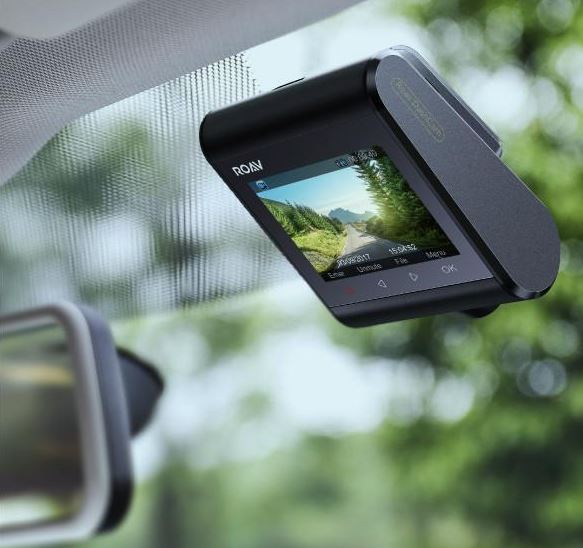 In almost every regard, the Anker Roav is one of the best dash cams on the market. It has excellent video quality, impeccable build, and well thought out functionality. For the money, you’re not going to find a better option.

You do, however, need to purchase a separate SD card to use with it. Because of the way this camera works, it’s going to be constantly writing to the card while your car is in motion. If you just throw in a cheap SD card, it will wear out after a while. What you need is an SD card rated for “high endurance”. These cards aren’t much more expensive, and are designed for digital video applications that require constant writes.

Our first choice would be the Sandisk High Endurance, available in both 32 and 64 GB sizes. This will get you about 24 hours worth of footage. With these two items, you’ll have a truly “set and forget” dash cam.