While high end routers used to be a niche product, today they’re purchased by gamers, streamers, and enthusiasts alike. The simple fact is that our desire for bandwidth increases almost daily, and consumers have to turn to the high end manufacturers to get their hands on hardware that can keep up with their demands.

The Nighthawk series routers are synonymous with power, and this is most clearly displayed by their aggressive look. But tech moves fast, and the top routers of last year have a hard time keeping up with the ones of today. Nighthawk may have been the first to market with a consumer-oriented performance router, but they’re certainly not the last. With the latest generation of this famous router, the X6S, now available to market, we’ve got questions to answer. Is this router still the top dog, or is this just a simple update to an aging platform? We decided to go hands-on to find out.

With six monstrous antennas, a fiercely angular appearance, and a spec sheet that could make other routers shiver in their boots, it’s obvious from first glance that this is a powerful router. The Netgear Nighthawk X6S R8000P is capable of total theoretical bandwidth of 4 Gbps, and produces a tri-band 802.11ac network.

While this might not be the only router to support those standards, the X6S brings a lot to the table that you can’t find elsewhere. Powerful CPUs, advanced connectivity, and a operating-system grade firmware allow it to take on the most demanding tasks. But something that we’ve all learned the hard way is that cutting edge technologies don’t always perform as well as we think they will, so we had to put it to the test.

When you’re buying a new router, it’s important to understand the difference between theoretical bandwidth, and actual bandwidth. Once we understand where these numbers come from, we can set realistic expectations.

As an AC4000 router, it’s capable of 4 Gbps (4000 Mbps) of total bandwidth. As a tri-band router, this bandwidth will be spread across three separate bands.

How much will a single device have access too? Well, that depends. Older hardware gives you the choice of connecting to either the 2.4 Ghz or the 5 Ghz channel. In that case, you’ll be able to access either 750 Mbps of bandwidth or 1.6 Gbps. But modern hardware can bond these two channels together, giving a single device access to 2.3 Gbps. This is the maximum bandwidth any single device will have. However, thanks to the MU-MIMO technology, separate high volume users can access separate bands. You could have one user tapping into the full 2.6 Gbps channel with bonded AC, while another user can make full use of their own separate 1.6 Gbps channel. One user won’t slow down the other.

Both of these bandwidth limitations are borderline excessive for most users, so the channels can be further divided so that every user gets equal access to your internet connection. But if you are one of the few people fortunate enough to have a gigabit internet plan, this is one of the few wireless solutions that will work well.

Coverage is a major issue with modern homes, and that’s one of the reasons that whole-home networking systems have become so popular. Fortunately, even if you’ve found it difficult to get coverage across your entire home with other routers, the X6S should still work well. Those six antennas on top are part of a system called beam forming.

To understand how it works, picture your typical router in the center of your home. Typically, coverage is in a circle around the router. The further you get, the weaker the signal is. This is what’s known as an omni-directional antenna – it travels equally in all directions.

If you walk into a large corporate building, you’ll probably notice that the antennas look a little different. These are directional antennas. Like a megaphone, the signal travels out from them in a specific direction. You can hear it better from the front than you can from behind.

The X6S has six directional antennas arranged around the body of the router. This is a directional system that behaves like an omnidirectional system. However, the power going to each antenna can be raised or lowered as needed. If somebody in the corner of the house is getting a poor connection, the router can cut power to an unused antenna and increase the power at the one in demand.

For household applications, this system works great. It’s literally forming the beams, to create an intelligent coverage system that can easily provide a high quality network in homes as large as 4000 square feet.

Some routers that use beam forming allow you to replace the antennas. The fact that these one are not replaceable may seem like a disadvantage, but in reality they are not. This isn’t a standard beam forming system. It’s highly modified and tweaked, and these antennas are designed specifically for it. There is no need to tweak or modify the system, as it works great straight out of the box. 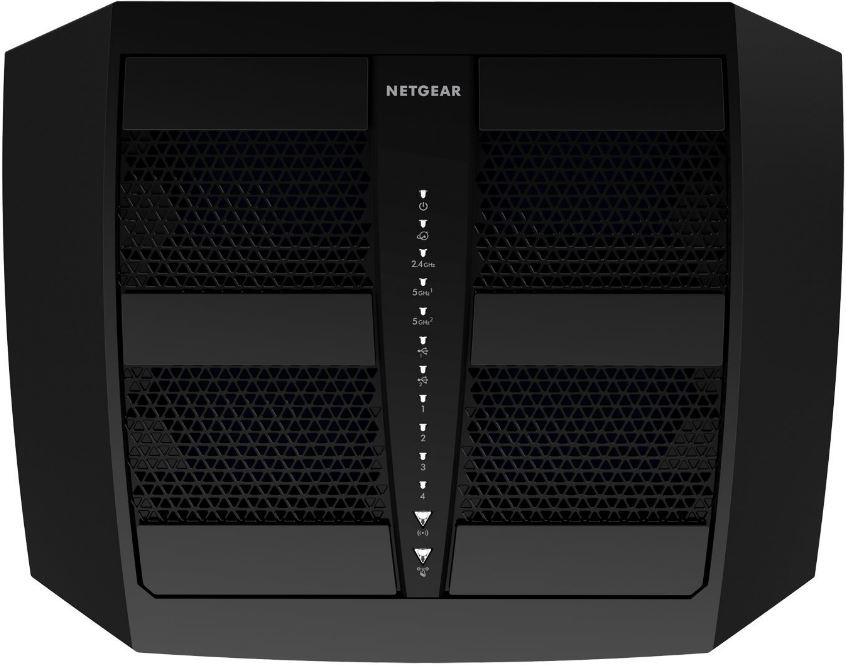 When you back powerful hardware with powerful software, the possibilities really open up. The R8000’s firmware can be configured manually, and offers a plethora of choices available. You can set it up to bridge an IPV6 network to an IPV4, or for it to operate as an access point for a more advanced network. You can change the quality of service settings, ensuring that one user doesn’t clog up the whole network.

These features are fantastic for the techies out there, but what if you’re not quite that savvy? No worries! The X6S comes with it’s own software known as “genie.” The Genie will ask you simple questions about your network, and configure all of the complicated settings for you. You don’t need to know anything about networks to get it running, but you aren’t going to lose any functionality either.

One of the most notable features we came across was the built in backup system. On the back of the router, you’ve got several Ethernet ports, as well as a USB 2.0 port and a USB 3.0 port. You can connect an external hard drive to a USB port, or connect a NAS device to an Ethernet port. The router will then take charge of ensuring that all of your devices are backed up, so a hard drive failure won’t cause data loss.

In order for this feature to work, you do have to configure your individual devices. But Windows sees it as a backup device. So when you first connect, you’ll be prompted to set up a backup system. 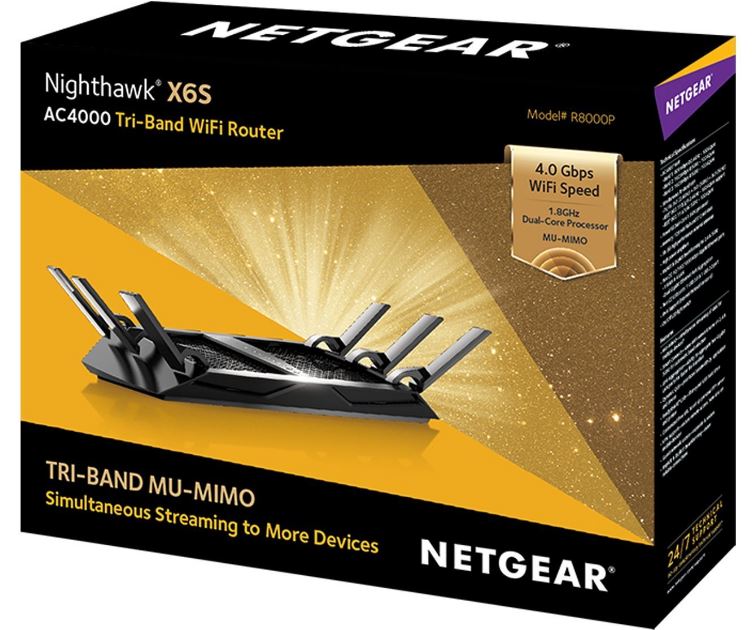 in 2016, Netgear found a major security vulnerability in their routers. Consumers had to manually download a patch and apply it in order to correct the issue. Over the past year, Netgear hasn’t found any additional security problems. However, there are a number of routers that automatically update themselves, so there is no user intervention required to fix problems such as these. In the future, we’d hope to see Netgear set up an automatic update system along these lines.

The Nighthawk X6S is among the most powerful routers on the market. It’s one of the few devices that can support gigabit networking wirelessly, making it a great choice for anyone who has, or intends to get, an high speed fiber internet connection.

But when you look at the raw numbers, you’ll quickly realize that only a very small number of consumers actually need that much bandwidth. But these numbers show a lot more than just raw data travelling around, they show you what the router is capable of handling. If you’ve got a household of gamers, people that stream 4K content, or even if you like to leave your torrent files on all the time, then this is the router for you. It can cover a huge area, and handle many more users that the typical router. You might spend a little extra for it, but anyone that can’t stand dropped connections or disappointing download speeds will appreciate what is has to offer.