Quad stream routers are all the rage these days, and it’s clear to see why. Wider range, better signal penetration, and an insane amount of bandwidth have made these powerful routers the networking appliance of choice for power users.

These routers are perfect for households that have a large number of computers all sharing the same connection. Unfortunately, there’s one problem with this system. A quad stream system is less than ideal for single user systems. If you only have one computer, you’ll only be able to take advantage of two streams at best. Some particularly crafty enthusiasts determined that they could purchase two routers, run one in bridge mode, and connect to it through the gigabit LAN port. Now, this expensive endeavor is a thing of the past. With the release of the Asus 4×4 AC3100 (PCE-AC88) PCIe Network Adapter, quad band networking is finally available to desktop computer users.

What kind of results can you expect when you install one of the most powerful networking cards in your computer? We put one to the test to find out. 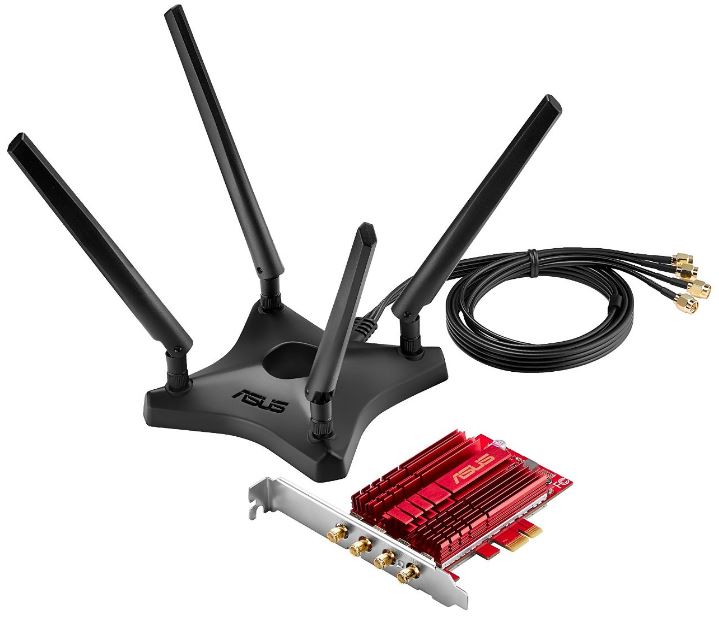 Once removed from the box, the PCE-AC88 is one hefty looking network adapter. There are four gold antenna connectors along the front, and the entire PCB is covered with a huge heat sync that makes it look almost like a mid-level graphics card. The design of this card is nothing like the infamous killer NIC card that was all the rage several years ago, but ASUS has always been a company that goes for function over form. 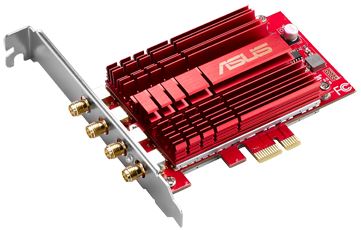 The antenna itself, however, really does stand out from the crowd. Upon announcement ASUS demonstrated the card with 4 antennas awkwardly shooting out the back of the card. But now that the product has launched, ASUS removed them in favor of a desktop mounted antenna base that has the same angled design as used in their 4×4 routers. This isn’t all flash, however, as the remote mounted antenna should improve your wireless performance by a large margin.

When you’re purchasing a card like this, bandwidth is going to be the number one priority. Before we get down to the actual measurements, we should explain why this card is so powerful. The card is rated for 1024-QAM in both 802.11N mode as well as 802.11AC. QAM is an acronym for Quadratic Amplitude Modulation. When your router communicates with your NIC, they’re sending a series of pulses back and forth. Just as there are different words in our language, there are different pulses that can be used to express different values. The more values that can be expressed in a single pulse, the more data that can be transmitted. Most 802.11 AC routers support 256 possible values in each pulse. But the AC3100 supports 1024 different values, making this one powerful card.

To test the bandwidth of this card, we took a compressed 15GB file and transferred it between two windows computers. We were using the ASUS RT-AC88U router, which they market as being the perfect companion for this card. One computer was connected to the router via Gigabit Ethernet, the other through the PCE-AC88 wireless adapter. Our first test took place with the wireless adapter located about a meter from the router. Our file transferred at an incredible 876 Megabits per second, absolutely the fastest we’ve ever seen from a wireless connection and approaching the theoretical limit of Gigabit Ethernet. 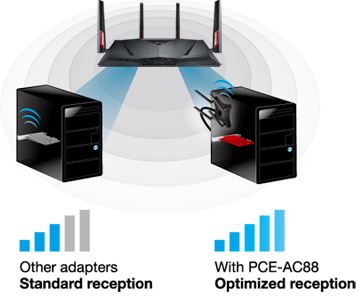 Of course, this test isn’t really indicative of real world performance. If you were only a meter away from your router, you would just simply plug in to the Ethernet port. Our next test took place five meters away from the router, as if you were just in the next room. Surprisingly, the bandwidth was barely impacted. Our transfer rate was 855 Megabits per second.

Clearly, we were not challenging this card enough. For our final test, we moved the computer all the way to the other side of the house, about 32 feet from the router. This time there was a noticeable difference in transmission speed, with our bandwidth capping out around 710 Megabits per second. Despite this being the worst result from our entire test, this is still among one of the highest speeds we’ve seen from a wireless router.

Another thing we noticed during the test was that there was not a single drop off during the file transfer. Generally, this is a fact of life with wireless technologies. You have to expect your signal to cut out. With the combination of ASUS’s two best wireless networking appliances, this didn’t happen to us even once. If you had shown us the results prior to us testing this card, we wouldn’t have believed that it wasn’t a wired connection. 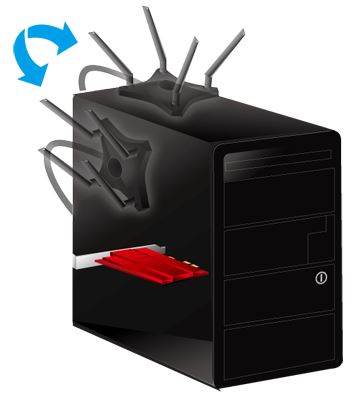 The PCE-AC88 network adapter comes in a half height PCIe 1x format card. This means that it will work in pretty much any desktop computer, even if you have a compact case.

Because it supports 802.11AC and all previous standards, it will work with any other router on the market. There are, however, some considerations. The reason this card is so powerful is it’s quad-band connectivity and 1024-QAM rating. If you just use a generic router that doesn’t support these technologies, then the card won’t be any faster than a standard wireless adapter. Asus calls this technology TurboQAM and NitroQAM. They currently sell two routers that offer this technology, the RT-AC5300 and RT0AC88U. Netgear also offers one called the Nighthawk X8 R8500, but at the moment there isn’t much else on the market. 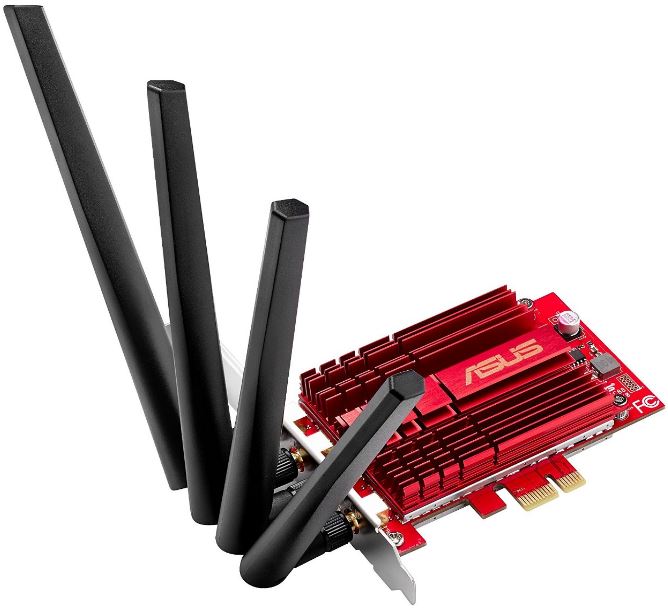 If you’re looking for performance, there’s no doubt that this is the best wireless PCIe card on the market. For the first time wireless networking is truly just as powerful as a wired connection. But to determine if this card is worth it for you, it’s important to consider how you use your home network.

If you primarily access files from the internet, this card is probably not worth the money. The bandwidth is significantly higher than almost every internet connection available to consumers. You can only truly take advantage of everything this card has to offer if you are accessing local shares. Even then, you have to consider how the files are hosted. Are they located on an SSD drive? Great, you’ll be able to replicate the results we got in our tests. If you’re accessing files on standard hard drives, the card will be much faster than the drive is capable of putting out.

Many consumers like to build computers that are future proof. Even if you can’t take full advantage of everything this card has to offer, wireless networking technology improves every year. You might not have a quad band router now, but if you plant to upgrade in the future you might as well get a quad band card now instead of having to replace it in a few months. It’s worth considering that the card is not really that much more expensive than mid-range models. When it comes down to it, you’ll be spending an extra $40 to have a card that can potentially last you many years.

This card is the perfect indicator of how wireless networking improves year after year. Less than six months ago you would have had to spend $400 to get these kinds of speeds. Today, you’ll pay a quarter of that. For us, the Asus 4×4 802.11AC AC3100 PCIe PCE-AC88 Adapter is an excellent buy, and a must have for any computer enthusiast.