Does having a good gaming monitor matter? It depends on what you play. Whether you’re looking for a competitive advantage, or you’re just trying to make your screen look as good as possible, having a gaming monitor can make a difference. Because you have to remember, it doesn’t matter if you’ve got an amazing PC if your display can’t keep up.

When you’re picking between entertainment monitors and gaming monitors, it can be tough to spot the big differences. A screen is a screen, right? At least, most of the time. When you’re using a display for movies, you probably don’t need to exceed 30FPS, since that’s pretty much all you need to watch most films. You also won’t care about input lag because the difference isn’t something that will materially affect you.

But when it comes to playing games, you actually do want to go past 30 frames, and you probably do care about input lag. You really do need better response times. And having or not having those features can have a big impact on your experience. The XL2731 is an example of BenQ working to shove a ton of gaming features into one panel, and doing their best to make the price not awful in the process. 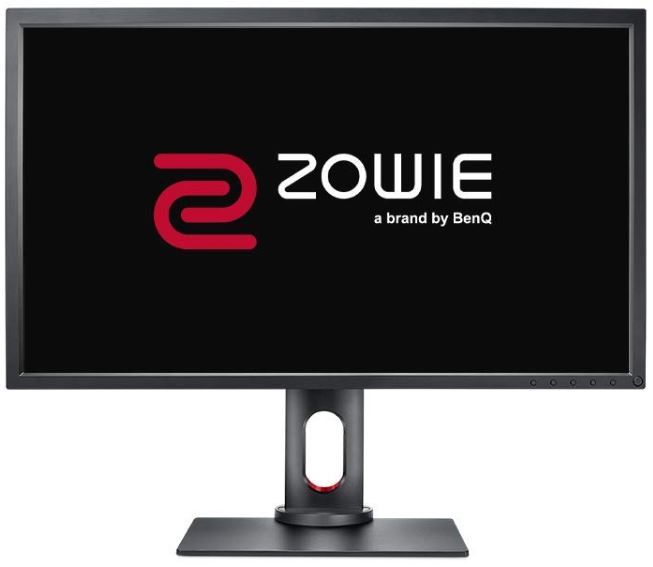 Have the succeeded? Well, if you look back a couple of years, a screen like this would’ve cost about one third more than this panel. So if nothing else, the value proposition is there, giving the XL2731 a compelling cost to performance ratio. Will the BenQ Zowie XL2731 be the right choice for all gamers? Probably not. However, if you’ve got a modest budget, it certainly is going to be able to offer you a lot of bang for your buck.

Since screen size is measured diagonally, the XL2731 27-inch Gaming Monitor actually measures around 25 x 22 x 2 inches. And the panel weighs just shy of 17lbs, making it just a little heavy. Moreover, that weight actually goes up to 23lbs after you’ve included the weight of the stand. That initial weight is largely due to the fact that the power brick has been built into the display instead of built into the power cable. That makes this monitor better suited for traveling, and it doesn’t really interfere with your ability to mount it. But it does make it a little bit tougher to carry. 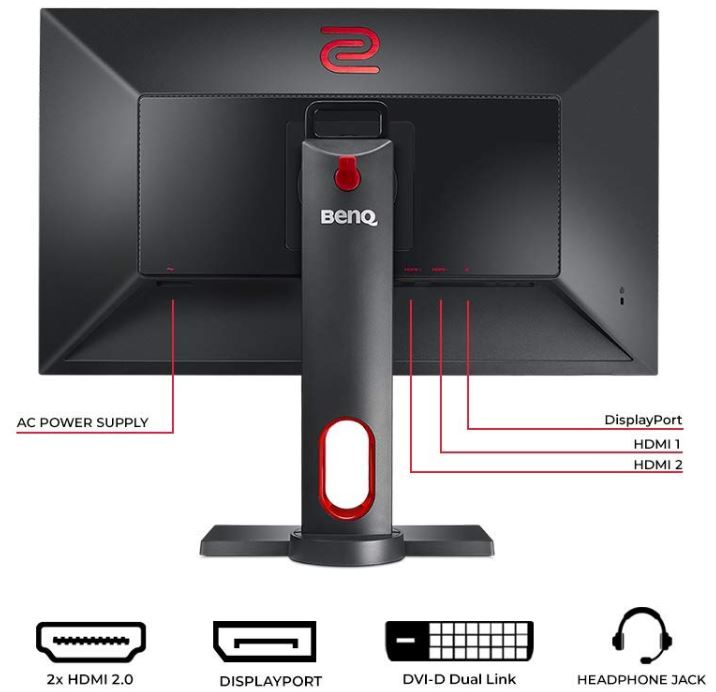 These days, it’s increasingly common to see monitors designed with a very small bezel, or even a bezel that’s so thin that the panel is described as being bezel-free. In this instance you’re looking at a fairly modest bezel, but it’s certainly not invisible compared to some of its contemporaries.

Near the bottom right base, facing the user, there are six analogue buttons. Notably, these are tactile buttons instead of touch buttons. The fact they’re facing you means you don’t have to feel around the bottom of the screen to find them, which is pretty nice. There’s also a clicking noise that occurs anytime you press them, so you don’t have to think twice about whether or not you’ve activated the switch. Menu navigation remains smooth as well, though it’s not fundamentally different from previous BenQ monitors.

How about the audio? It’s worth remembering speakers on monitors are almost always terrible. And even when decent speakers are included, for a budget-oriented gaming monitor that is usually a bad thing. Because it means you’re paying for speakers instead of visual performance. That’s why many gaming monitors have opted to go without speakers entirely. That’s the case here with the XL2731, though the inclusion of a headphone jack means you’re not totally without audio options.

Aesthetically speaking, the stand is pretty average looking. The base is a large, flat square that doesn’t take up much desk space, and allows you to place objects on the stand as though it were not there. Above the square you’ll find a large hole, which is intended to be used to help route your cables. For instance, if you’re running a wired mouse and keyboard, you might run those cables through the center of the stand for cable management. 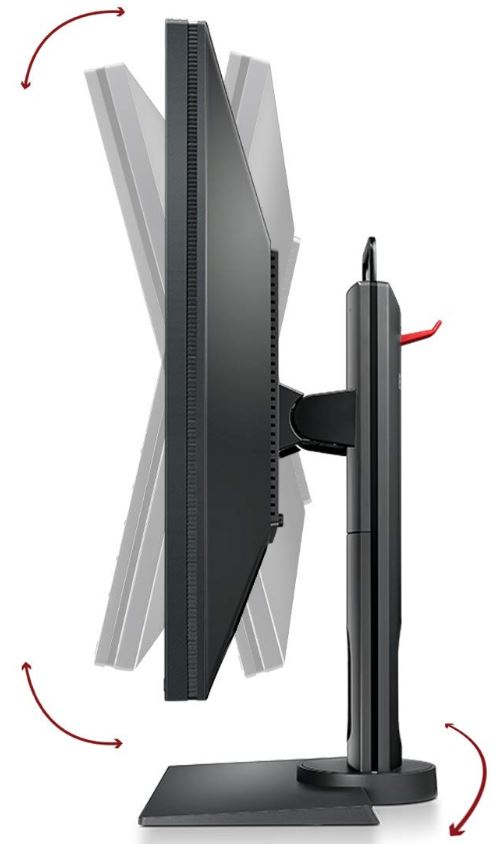 XL2731 uses a stand that is height adjustable by about 5.5 inches. Having height adjustability is actually very rare for monitors in this price range. But it’s shockingly valuable for people who haven’t experienced height adjustment before because it allows you to get a much more direct view of your screen. Depending on your posture and sitting distance, it also has some implications for eye strain.

Apart from the height adjustment, the stand is also tilt adjustable, in a range of -5 degrees to 20 degrees. It can be swiveled around 45-degrees, or rotated 90 degrees to take on a portrait orientation. Not happy with the included mount? It’s possible to use the standardized 100x100mm VESA mounting on the backside as an alternative.

For connections, the XL2731 has you looking at a single DisplayPort 1.2 jack, a 3.5mm mini-jack for headsets, and a pair of HDMI 2.0 ports. It’s unfortunate there aren’t any legacy ports available, like VGA ports. But if you’re someone who plans on taking advantage of 144Hz, you’re going to need to use HDMI or DisplayPort anyway. Because those older formats aren’t able to carry higher refresh rates.

While not including legacy ports is something that’s very easy to overlook, something that’s not as easy to overlook is the exclusion of USB connections. It’s getting more and more common to put a couple of USB ports along the back or side of a screen. Though again, if you’re looking to save a couple of bucks, you can consider the lack of those ports just another means of doing that.

One more thing worth pointing out is how each of the ports has been cleverly positioned, such that the cords are allowed to run away from the panel in a downward direction, which is preferable for people who are using non-standard mounting for their screen. 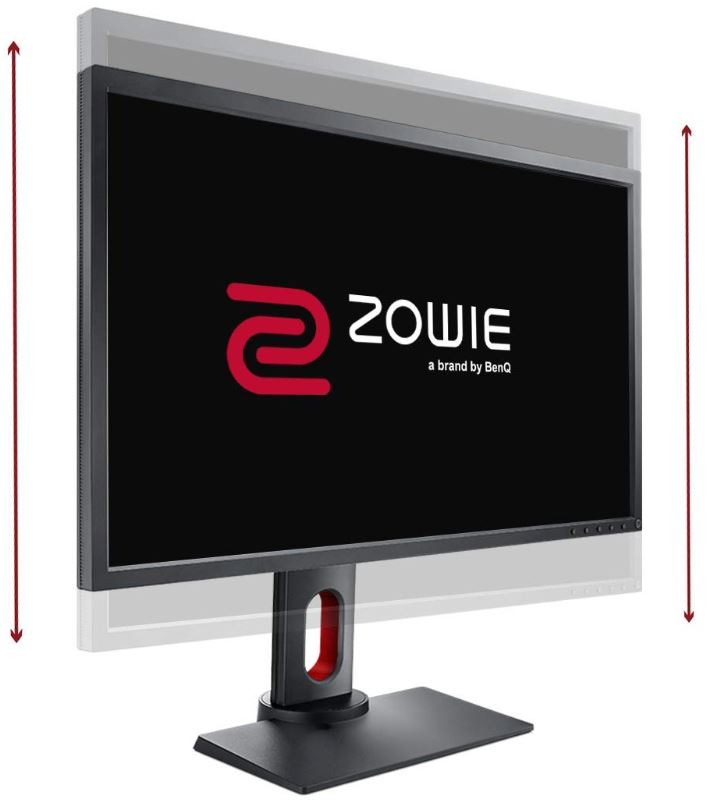 How big can you stretch a 27” panel before 1080p content no longer looks any good? Well, opinions vary on this subject. However, most people consider 24” to be the perfect size for 1080p content, and consider 27” to be about as large as you can take 1080p before it starts to be detrimental to visual performance. Once you’re using a 32” screen in full HD, it starts to look a lot more like 720p.

What could be improved? Well, the XL2731 was made with a fairly standard twisted neumatic panel. For a very long time, these panels were considered the only appropriate choice for gamers. Quite recently, that’s started to change because alternatives like IPS panels and VA panels are finally starting to be able to achieve the kind of performance as TN panels.

What’s the difference? Well, TN panels tend to have colors that are just a little bit dull compared to the other types. If you were only interested in watching movies and videos, that might make the XL2731 a little subpar. But if you’re primarily concerned with gaming, then it shouldn’t be a grave concern to you. And switching over to a VA panel or IPS panel will still reliably add another $50 or so to the cost of your display, which many gamers might think is a little excessive just to slightly alter the appearance of color.

As we approach the year 2025, it should become more and more common for color standards to improve on gaming panels. We’ll probably even see features like high dynamic range continue to spread into the gaming space. But for now, those features are still grossly expensive, and so were not included with the XL2731. Since this is a TN panel, it shouldn’t be a surprise that you’re also looking at a very ordinary 1:1000 contrast ratio. That contrast ratio livable, and it’s what most people are familiar with seeing on TN panels, but it’s not extraordinary.

Looking towards its visual quality, the XL2731 was built to provide 1080p resolution, more commonly known as full HD. Technically speaking, 1080p is still the standard for gamers. An increasing number of players have started to adopt 1440p as an alternative, but doing so can be challenging. 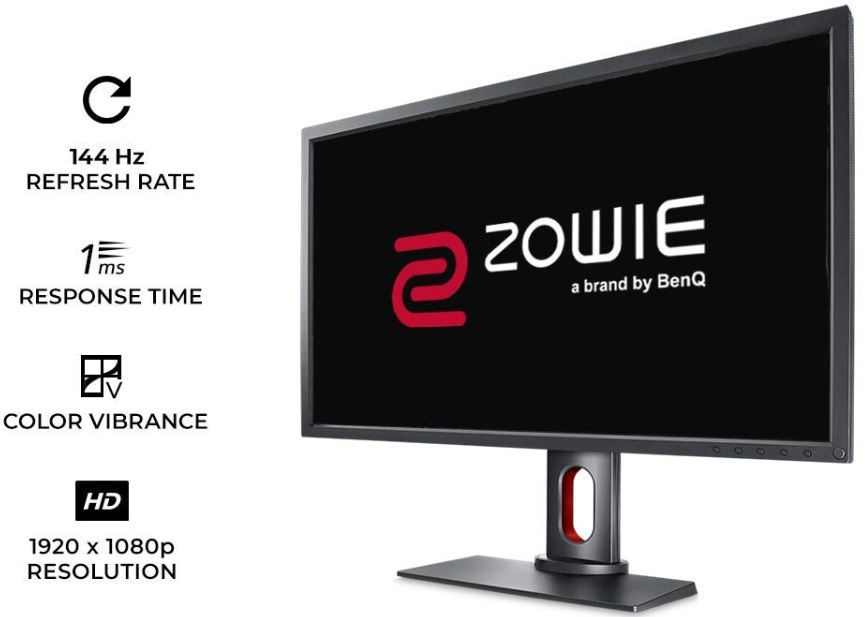 Because when you’re running 1440p, you’ve got a screen with about 30% more pixels on it, and you need a graphics card that can work about 30% harder just to break-even with the framerates that you can get while playing at 1080p. In other words, you need to be willing to go big on your GPU and also on your monitor, not one or the other.

Moreover, the XL2731 provides a 144Hz refresh rate, an option which has also become increasingly common among gamers. Running 144Hz is much better than going with a half-measure, like the partially boosted 75Hz monitors that have become popular over the past couple of years.

For players who are getting anywhere near 144 frames per second from their GPU, you can expect the screen to look flawlessly smooth. That also allows you to disable V-sync in all the games you play. Along with support for AMD FreeSync, it’s easy to give the gaming performance of this panel high marks.

Another thing worth pointing out is that the XL2731 is capable of delivering a 1ms response time, which precludes problems with ghosting or interlacing while playing your games. Most gamers really don’t care much about response times because they’re actually tough to see, and you can really only spot them in fast paced action games. But for people who do want a gaming monitor that looks as good as possible, lower response times are nice to have.

Who Should Choose the BenQ Zowie XL2731 Gaming Monitor?

It should be pretty clear the BenQ Zowie XL2731 has more than a couple attractive gaming features. It provides 1ms response times, 144Hz refresh rates, and adaptive sync technologies. That’s pretty much everything you need for a solid gaming monitor these days. It also has a monitor stand that’s a bit impressive.

As is so often the case, if you were willing to spend more, then you could get more. It would be possible to improve the color vivacity of this screen for another $50 or $100 or so. But dollar for dollar, the BenQ XL2731 is certainly an excellent value.