You can get a charging pad for something like $30. It might look like it’s made of cheap plastics, and it probably will be. But it will recharge your phone, and if you pick right, it will do it in the same amount of time as basically any other charging pad in existence.

So why spend three or four times as much for a high end pad? Well, it’s all about the details. If you’re going to have a charging pad in your home, you might not want it to look like a piece of junk. Especially if you intend to be looking at it for a couple of years to come.

For people who foresee wireless charging will remain a part of their lives, it can be worth having a charging pad that’s a little bit more than the bare minimum needed to get the job done. After all, if you were ready to settle for the bare minimum, you’d be using some stock USB cable.

B&O tend to make a lot of higher end gadgets, most of which are aimed at supporting wireless devices. Some of my favorites are their wireless headphone cases, since they deliver on style and substance in fairly equal measure. Which is why their recent foray into wireless charging pads has been a little bit exciting. At least, exciting for people who are ready to pay a premium for their charger.

The Bang & Olufsen Beoplay Charging Pad was made to deliver enough power to take advantage of all variants of fast-charging features. It was also made quite ubiquitously. Rather than having a focus on Apple products, Samsung products, or some other niche collection of brands, you can use this charger on basically any modern smartphone that’s capable of wireless charging. 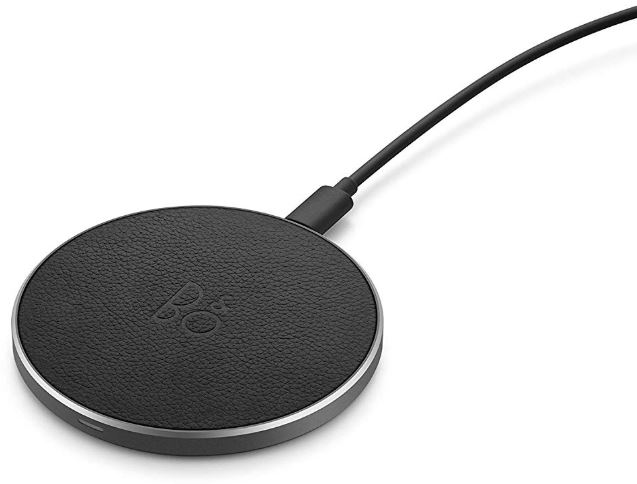 That’s because the Beoplay Charging Pad is a Qi-enabled charger, making it compatible with a huge range of different smartphones. That includes the iPhone 8 and basically anything more recent than the 8. It also includes the Samsung Galaxy Note 8 and up, as well as Sony’s Experian XZ3, and countless others. If you don’t know whether or not your phone supports Qi charging, a quick search can usually let you figure it out pretty quickly.

The Beoplay Charging Pad has an enormously slim design, measuring around 3.4 x 3.4 x 0.38 inches. It basically has the size and dimensions of a table coaster, except this coaster is connected with a USB cable. Since the pad is so mall, it really doesn’t take up much space wherever you end up placing it. You can shove it in your kitchen, on a nightstand, and so forth. Being able to place this thing essentially anywhere is certainly one of its strengths.

The Charging Pad is made with a leather surface for your phone to rest against. It’s about as smooth as pleasant as you expect from leather, and it won’t scratch up or otherwise mar your display on contact. The outer ring and base of the Beoplay Charging Pad is actually made from aluminum, making it both sturdy and long lasting. The guts of the device are mostly silicone based, but that’s nothing you need to be worried about.

There are actually three variants of the Bang & Olufsen Beoplay Charging Pad. The first variant is called limestone, and it’s a creamy white-tan color that’s quite similar to limestone. The included USB cable is the same color, which is a nice little detail. The second variant is called black, and it uses the same aluminum exterior as the other variants, except the leather has been dyed into a smooth black finish. The third and final variant is called natural, which is basically a light, untanned leather. It pairs beautifully with devices that are white, which is why it comes with a white USB cable.

Some people actually like larger charging pads. In some cases, larger pads can be even being advantageous, depending on where you’re trying to set them up. Especially if you want to recharge more than one thing at a time. But most people are really only concerned about recharging their phones. And since these wireless chargers are supposed to be a replacement for a wired charge, you really want the device that helps you recharge your stuff to be just as portable and simple to use as a single USB wire, don’t you? 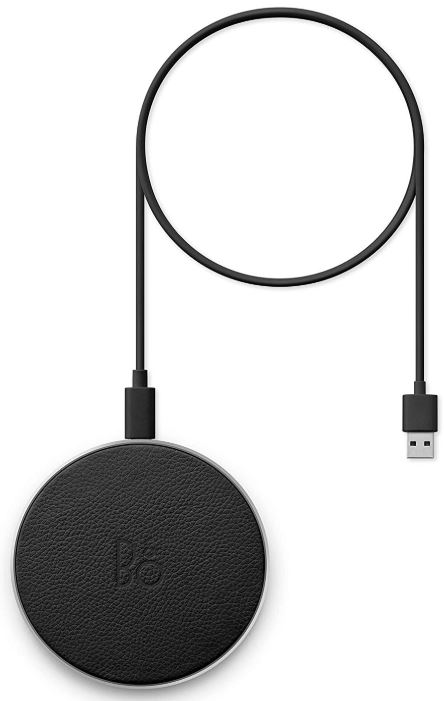 The charging pad works by connecting through a standard UBS-C connection, and the USB-C connection is supposed to keep things pretty seamless. Since they’ve decided to use a USB-C connection, you can basically think of this pad as being relatively future-proofed. Since USB-C is both a highly capable format and a fairly young format, you can probably expect it to see wide use for at least the next decade or two. Though it’s always hard to make predictions out 20-years in advance, USB-A is half as capable and it’s still seeing wide use to this day.

One more thing that’s easy to appreciate about the USB connection is that the cable can be detached from the charging pad. That means if your cable wears-out in the future, you can replace it and keep your pad functional. Being able to detach the cable also makes installation and cleaning the pad much easier. I suppose it’s also nice that you can swap the cable because it means if the cable isn’t long enough, you can switch to a cable that’s longer.

Another material that’s known for holding up pretty well is leather. Along with the aluminum base, you can probably expect this charging pad to continue to serve as an effective charger for as long as 7.5W and 10W charging continues to be a useful quantity of power. It’s really impossible to say exactly how long that will be – but it could easily be a decade or longer. 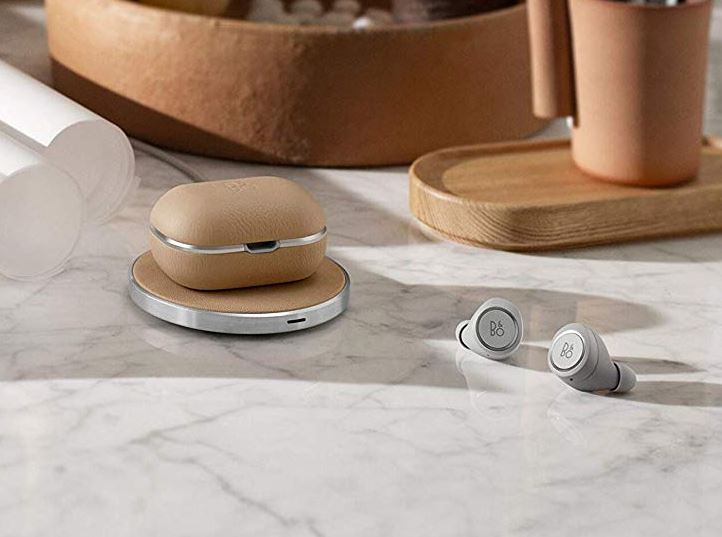 It’s EPP certified, supporting a total of 10W output. That’s enough to provide coverage of devices with rapid-charge features. In actual practice, you should be able to get your smartphone recharged in essentially the same amount of time you’re able to charge it using a properly manufactured USB-C cable. Depending on your device, that could mean a full charge might take anywhere between two and three hours.

When you’re not using a device that’s capable of drawing 10W from the charger, the Beoplay Charging Pad will naturally provide 7.5W charge in its place. It can even drop down for 5W if you happen to have a device that needs to be charged at lower than 7.5W.

Another detail that B&O did well is in respect to the positioning and size of the charging coil within the pad. The positioning makes placement of your smartphone very straightforward. Often times, especially with an entry-level charging pad, find placement can be a little finicky. You might plop down your phone and think it’s good to go, only to come back and discover it was half an inch too far out of position and it wasn’t charging the whole time you were away. 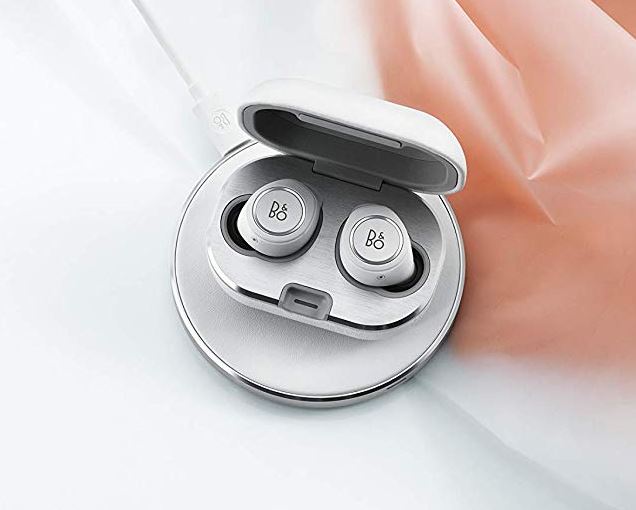 The Bang & Olufsen pad doesn’t have those kind of issues. Though you still want to place your phone properly on the center of the pad, and not awkwardly have it half-hanging off the pad, you don’t really have to be picky about placement. Throw down your phone and walk away with confidence.

With respect to vibration, it’s worth noting that the leather slightly mutes the noise of vibration while smartphones are placed on the charger. That could be a good thing in some circumstances, and a bad thing in other circumstances. But provided you don’t entirely rely on hearing the vibration, it shouldn’t be an obstacle that you can’t overcome.

Bang & Olufsen include a pretty standard two-year warranty on their Beoplay line of products. For the most part, wireless chargers aren’t something you have to worry about falling apart on you. There aren’t exactly a bunch of different moving parts to these sorts of devices. But it’s always nice to know you’re protected just in case you end up getting some kind of defect. 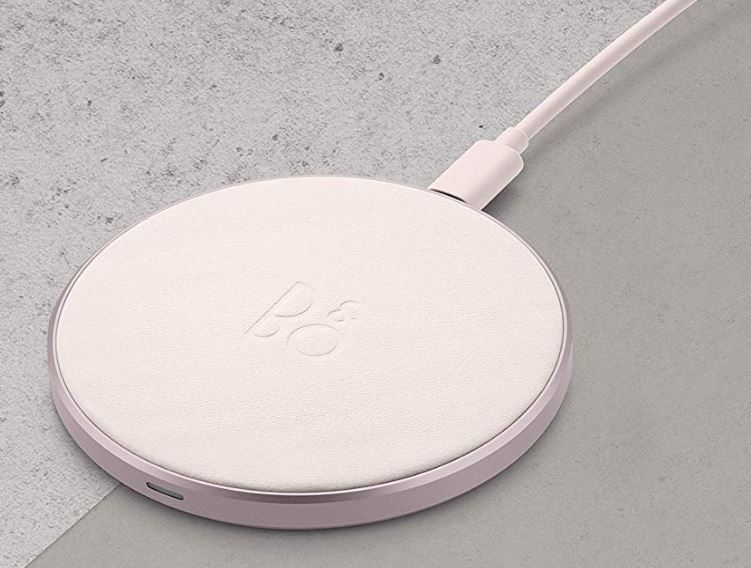 If you’re being really critical, I suppose you could concern yourself with the quality of the leather being used by these pads. It’s not the cheap junk faux leather that you so often find used alongside electronics. However, it’s also not top-grain leather. Of course, if they had used premium quality leather, these charging pads would probably cost twice as much as they do. But even though the quality of the leather isn’t necessarily premium, it’s still quite good, and that quality is at least partially reflected in the price of this pad.

Who Should Choose the Bang & Olufsen Beoplay Charging Pad? 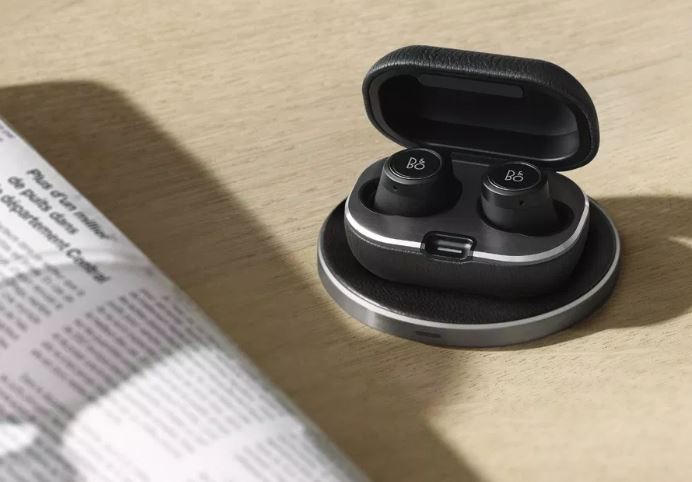 For instance, you can find charging pads capable of recharging two phones simultaneously. You can find pads capable of recharging a wireless watch alongside your phone. If any of those extra features appeal to you, then you would have good reason to consider alternatives. However, the Beoplay does do a lot of things very well. In terms of its ability to charge your stuff, this thing is pretty much flawless. It lets you plop down your phone and go.

Another area where the Beoplay really comes through is with aesthetics. This charger has a high-end look and a high-end feel that you just don’t get when you’re getting an entry-level charger. Entry-level electronics almost invariably look a little cheap. And if you’re trying to project a sense of success and authority, or you simply like having nicer things, the Beoplay Charging Pad is probably worth using.