Being an EV owner has gotten easier in recent years. It used to be tough to find a charging station when you were out on the road. Unless you planned your trip very carefully, you could find yourself. Nowadays, in most of the country, that’s not a major concern. You might have to go a few miles out of your way, but there’s going to be a charger within range.

Unfortunately, not all EV owners are endowed with common courtesy. At some point or another, you’ll come back to your car, only to find that someone “borrowed” the charger. If you’re lucky, it’s a minor annoyance. But if you have somewhere you urgently need to be, it can throw off your entire day. Thankfully, you can avoid this scenario by using a good quality Tesla charger lock.

Today, we’ll be reviewing four of the best Tesla charger locks that money can buy. Here’s a quick preview of our options:

Of course, those are just the bare basic features. To understand how well these locks work in practice, we’ll have to take a much closer look. After we’ve given each one of them a thorough once-over, we’ll have enough information to render a verdict. Let’s dig in, and see what we uncover!

How Does a Tesla Charger Lock Work?

Before we talk about Tesla charger locks, let’s talk about how they work. At first blush, it might seem impossible. It’s just a simple power plug. How do you prevent someone from disconnecting it? 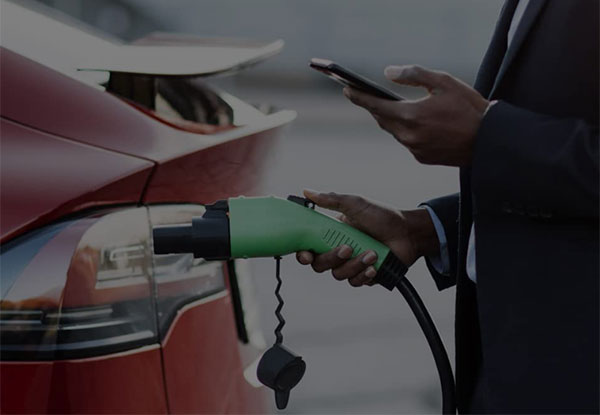 The Tesla plug is designed to remain connected during charging. As long as the car is in charge mode, it will lock onto the plug. But this is irrelevant when you use a J1772 adapter at a public charger. The adapter will be locked into your car. But anyone can just come along and unplug the charging cable and use it for their vehicle.

Thankfully, there’s a simple mechanical solution. A Tesla charger lock is a ring that fits around your J1772 adapter. This ring has an extension or flange that holds down the locking latch on the charging cable. When the adapter is plugged into your Tesla, the ring is forced backwards over the latch, and cannot be removed. If someone tries to take the charging cable, they can’t. The latch is stuck in the closed position. That way, you can rest assured that your Tesla will be charged when you get back to it.

At this point, you might be wondering how you’re supposed to remove the lock. First, you have to use your key card or the Tesla app to take your vehicle out of charging mode. This will release the latch on the plug, so you can remove the adapter. With the adapter free of your car, you can just slide the lock forward to remove it. Then you can disconnect your adapter and go on with your day. 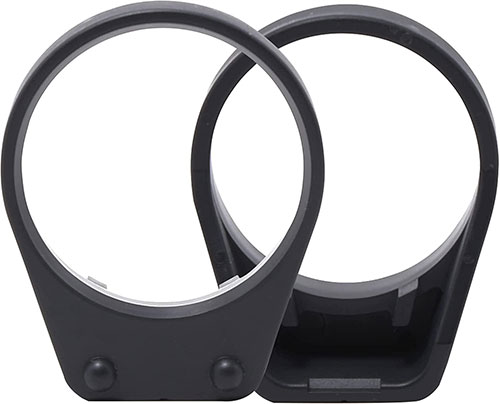 The MELBLU Tesla Charger Lock is a pretty straightforward little device. It’s a fat black plastic ring, designed to slip over your J1772 adapter. It has a trapezoidal hollow extension on one side, which fits over your charging cable latch. It also comes in a two-pack. If your family owns more than one Tesla, you’ll be able to take care of both of them. 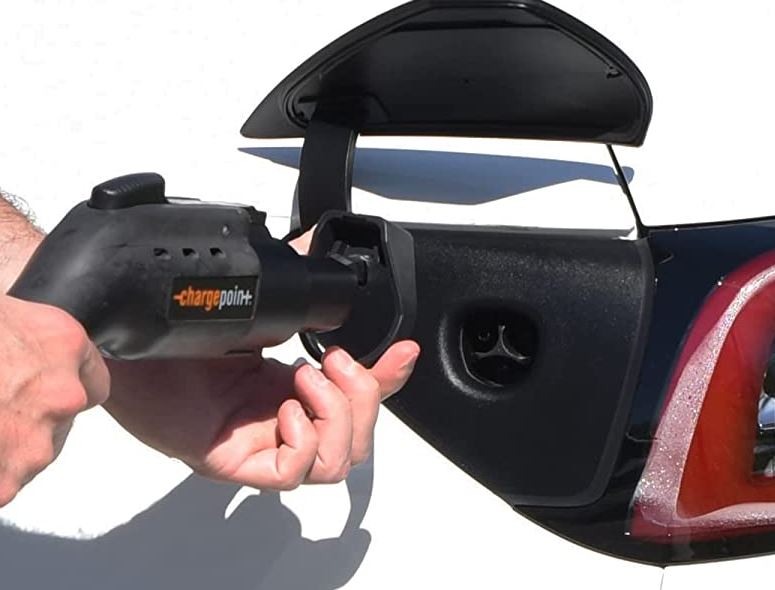 The material seems to be very good quality. It’s injection molded and heat resistant, so it’s tough enough to stand up to years of everyday use. You wouldn’t be able to snap it off by force. You’d need a cutting tool, and it would still be a pain to get loose. For someone who’s just trying to nab a quick battery charge, it’s not going to be worth the effort.

The MELBLU lock is compatible with any model of Tesla. You can use it with the Model S, X, Y, or 3. It’s also compatible with any non-flanged power adapter. But if you’re using Tesla’s old flanged adapter, you won’t be able to fit the ring into place properly. If you’re not sure, you can tell by looking at the part number (“P/N”) on the back of the adapter. Unless it starts with “1005,” you’re good to go. 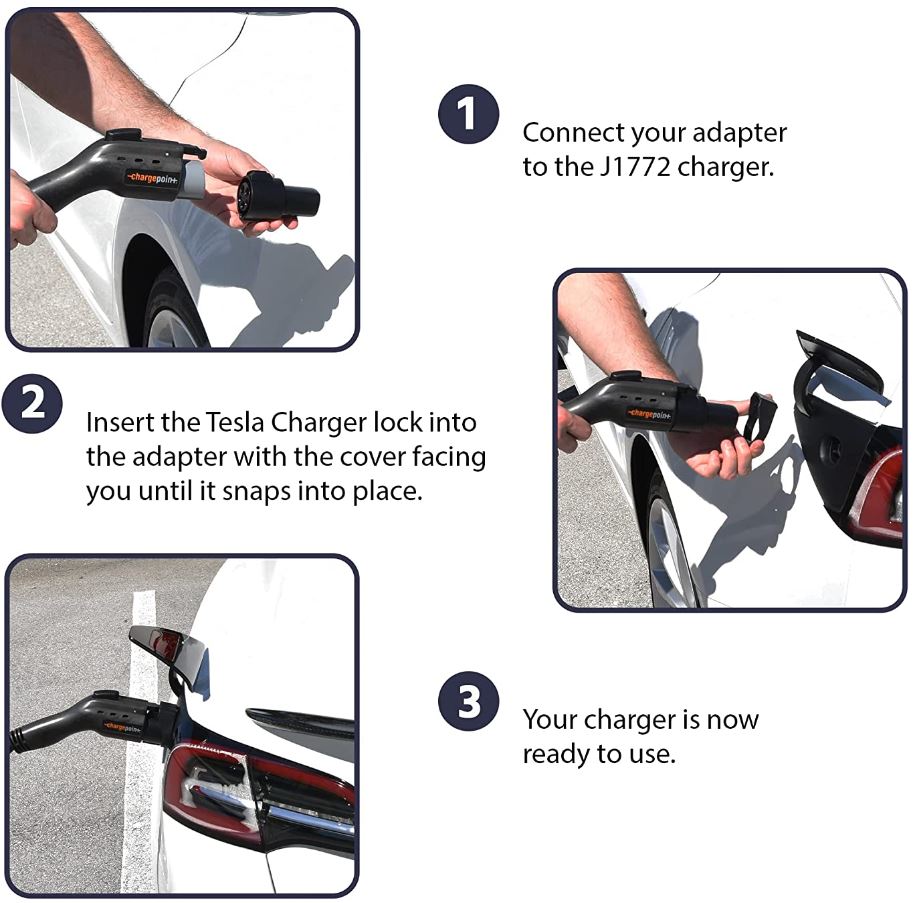 This lock is very easy to use. Insert your adapter into your car, then slide it into place. Next, push in the charging cable until you hear it click. At that point, your Tesla should start charging and the charging light should turn from blue to green. If you’re still not convinced, try unplugging the cable. You won’t be able to do it without first taking your car out of charging mode. 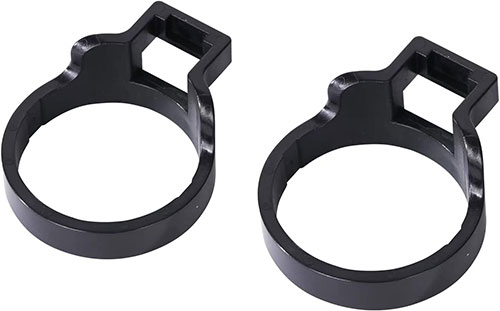 The LENZ Charger Lock has a more spare design. It’s a narrower band, and the part that holds down the locking tab isn’t a full enclosure. It’s just a rectangular extension with a dimple in the top to accommodate the tab. The material is black to match the majority of adapters and chargers. It also comes in a two-pack, so you’ll have locks for both you and your partner. 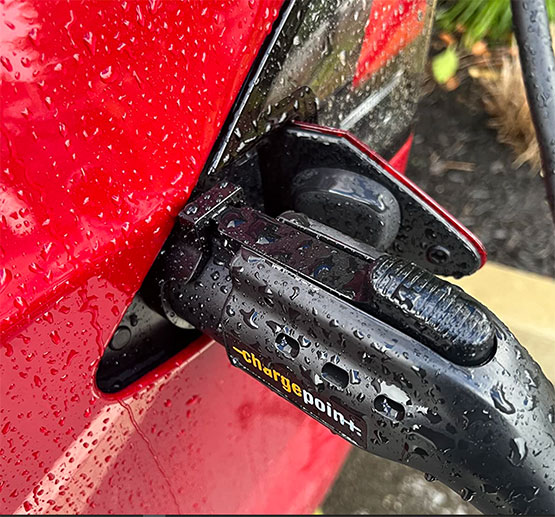 Operation is simple and straightforward. Put the lock on your adapter, insert the charging plug, and it will be securely locked in place. It’s compatible with all four Tesla models, as well as the majority of J1772 adapters. As before, though, it’s not going to work with a flanged adapter.

This lock is cheaper and the MELBLU lock, so you can save a few bucks. On the downside, it doesn’t seem very sturdy. The material itself is durable enough, but it’s fairly narrow and seems like it could break easily. Then again, you get a two-year warranty. So if anything does go wrong, you can get a free replacement. 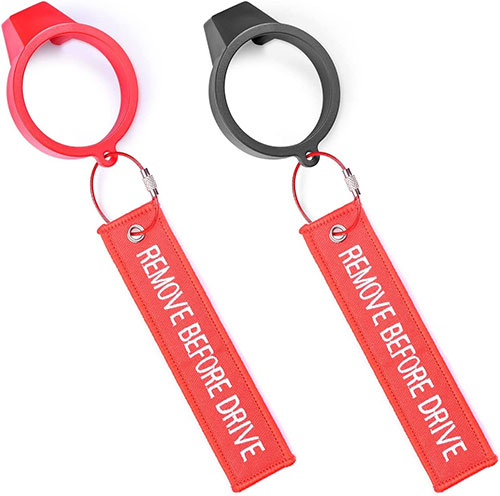 The Daswise Tesla Charger Adapter Lock has a fatter design. In addition to being fatter, the trapezoidal latch retainer fully encloses the latch. It’s made from a tough heat-resistant plastic, and it ships in a two pack. One of the locks is black and the other is red, so you have your choice. The black one will blend in better with your charging equipment. The red one, meanwhile, is higher-visibility. You’re less likely to forget it after unplugging the charger. 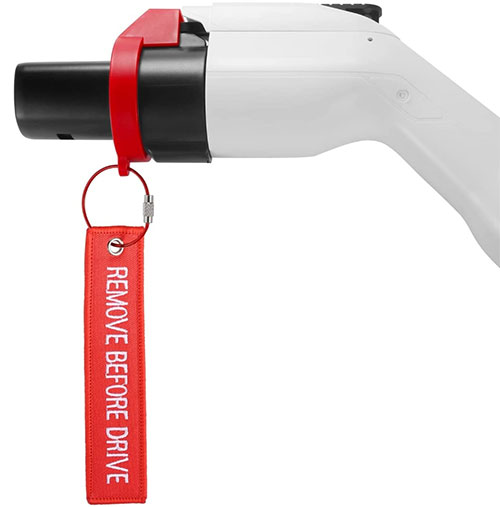 Speaking of forgetting, there’s a pair of red warning tags with steel cables. They say “Remove Before Drive,” and are designed to attach to a ring in the lock. That way, you’re less likely to leave your lock or J1772 adapter behind by mistake. If you’ve ever lost a charging adapter, you know how frustrating it can be.

As with the last two locks we looked at, the Daswise lock will work with most power adapters. Unless yours has a flange, you’ll be able to use this lock. That said, it’s only compatible with the Tesla Model 3 and Model Y. It won’t work with the Model X or Model S.
Daswise backs their Tesla charger lock with a two-year warranty. If it fails due to a factory defect, you’ll get a replacement or a full refund. 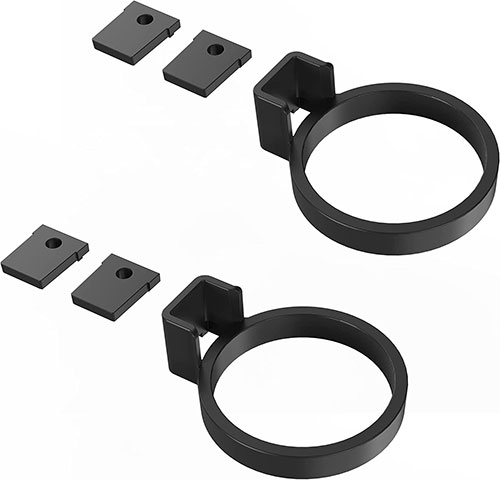 The TOKREAL Tesla Charger Lock is constructed from black ABS plastic. It’s a fairly narrow ring, but the latch cover is big, wide, and open. And like the other locks on our list, it comes in a two-pack. It seems reasonably durable, and locks securely into place when everything is connected. 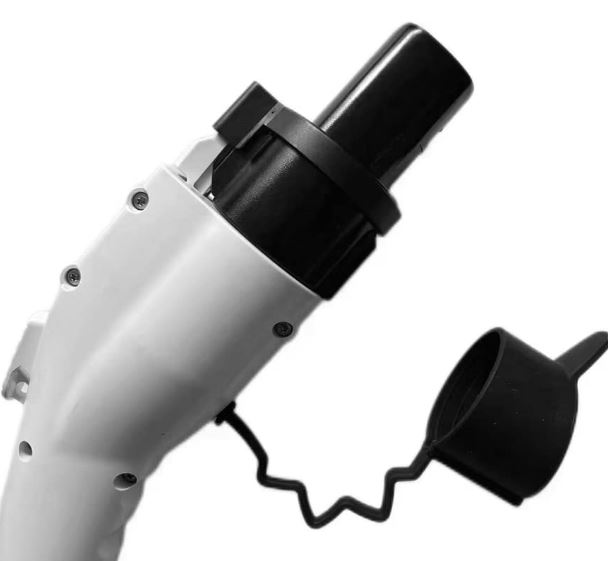 The latch cover might seem fairly large at first, and it is. But it’s made that way for a reason. The kit includes a set of four height spacers that can be inserted into the opening. This allows you to secure latches with non-standard heights. This ensures compatibility with any non-flanged J1772 adapter. That said, it’s only compatible with the Tesla Model 3 and Model Y.

If you don’t already own a home fast charger, take a look at the Autel MaxiCharger. It’s an aftermarket J1772 charger that provides fast Level 2 charging. All it needs is a 240-volt electrical connection.

Ultimately, any one of these Tesla charger locks will do the trick. But which one is the perfect choice for your situation? Let’s quickly recap what we’ve learned about all four of today’s options.

We began by looking at the MELBLU Tesla Charger Lock. This is a rugged, no-nonsense lock that seems like it can take a serious beating. It certainly locks your charging cable in place securely! It’s very easy to use, and the fat design makes it suitable for almost any J1772 adapter. As long as yours doesn’t have a flange, you’ll be good to go.

Next, we examined the LENZ Charger Lock. This lock is a bit more Spartan. It doesn’t fully enclose the charging plug latch, but it still holds it securely in place. It works well with the majority of adapters, as well as on any current Tesla model. And while we had some minor concerns about its durability, it’s backed by a two-year warranty.

Third on our list was the Daswise Tesla Charger Adapter Lock. This lock is similar to the MELBLU lock in many ways, including the enclosed latch cover. However, one of the two is red for higher visibility. We also loved the little warning tags. These make it much harder to forget your charging adapter and leave it on the charger.

Last but not least, we reviewed the TOKREAL Tesla Charger Lock. This lock has the widest adapter compatibility of all, thanks to its four removable spacers. On the downside, it’s only compatible with the Model 3 and Model Y.