Canon’s 5D line of cameras is one of the most universal on the market. Traditionally, the Canon 5D has offered professional grade performance at a price that is accessible to committed hobbyists. This combination of value and versatility is why the 5D is considered by many to be the best value in any full frame camera.

The very first 5D was released 11 years ago in 2005. Prior to the cameras release, the only full frame DSLR on the market cost upwards of $10,000. With the 5D being sold at a much more reasonable price point, it was an instant hit. In 2008, Canon upgraded the 5D and it became the first DSLR on the market that could shoot Full HD video. With every release the platform got a little bit better. Let’s take a look and see what the 5D Mark IV has in store for us. 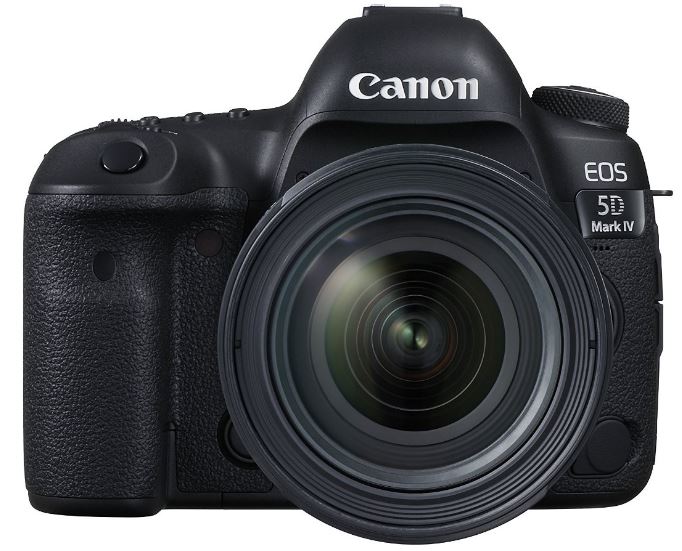 The most prominent change that Canon made to the Mark IV was the image sensor. This camera sports a 30 MegaPixel sensor that measures 24x36mm. This might seem odd considering that the last 5D was available with a 50 MP sensor, but we’ll explain the significance of this change in the Image Quality section.

Canon also upgraded the autofocus points to cover 61 individual areas, and combined it with an advanced IR light meter to speed up and improve functionality in Automatic of Program mode. This feature allowed them to bump rapid shooting from 5fps all the way up to 7fps.

Those of you who like having instant access to your photos will love the included Wi-Fi, which can allow you to download all your shots through the Canon Camera Connect app.

To take great looking pictures, there are many factors that should be taken into consideration outside of resolution. One of the most important is sensitivity, or ISO speed. A more sensitive pixel can perform well under low light conditions. Ever take a shot and realize that it came out all grainy? This is the result of a sensor that functions poorly at high sensitivity. Larger pixels mean higher sensitivity, allowing the latest 5D to take crystal clear images even in the dark. 30 MP is still a huge resolution – large enough to print billboards. Most users will never need such a high resolution. However, this does mean that you will still get great looking shots even if you want to heavily crop the images later. For example, one might want to take a group photo and crop them into several separate portraits. 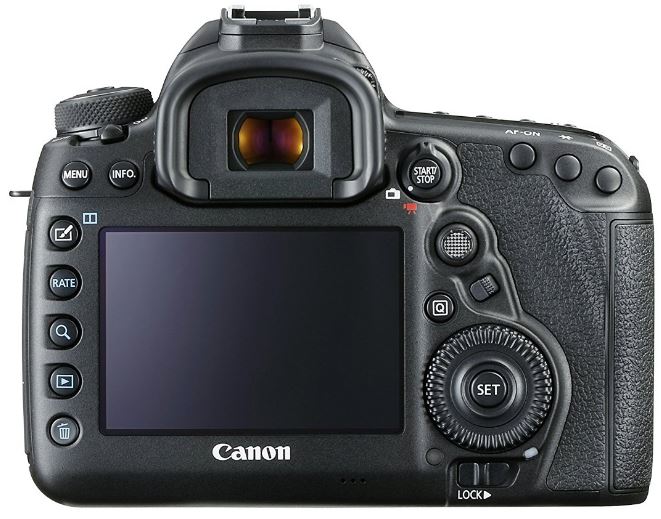 The one downfall to this huge resolution is the level of detail that is available. With an image this big, vibrations or movement during the exposure can cause a small amount of blurring. Canon has implemented an advanced image stabilization system that can reduce this, keeping your images crystal clear. They have also taken steps to address internal vibration by softening the impact of the mirror.

Because Canon has so effectively addressed that small issue, this camera is extremely forgiving. You’ll be able to push it into terribly difficult lighting conditions and still come out with a great looking shot, making this one of the most forgiving cameras on the market. 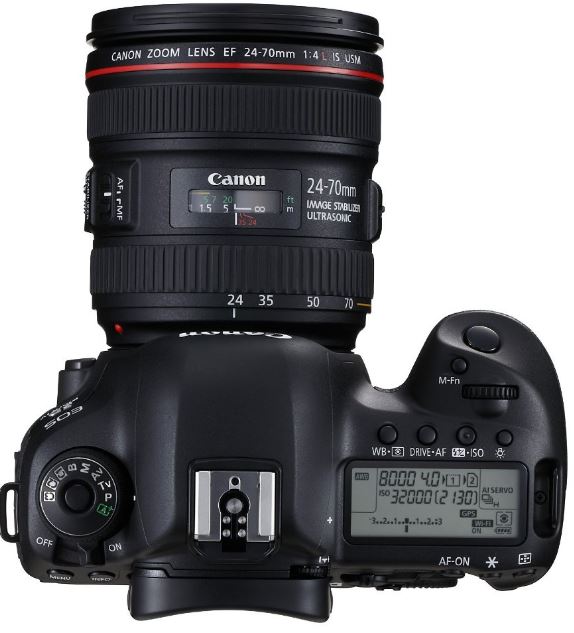 Having a camera that can effectively judge the photographic conditions can be a life saver. There are a lot of different parameters that need to be set with a camera: Focus, aperture, shutter speed, and sensitivity are just a few examples. Certain conditions might require you to manually set one or two of these parameters, and you’ll need the camera to automatically compensate with the rest of the settings. 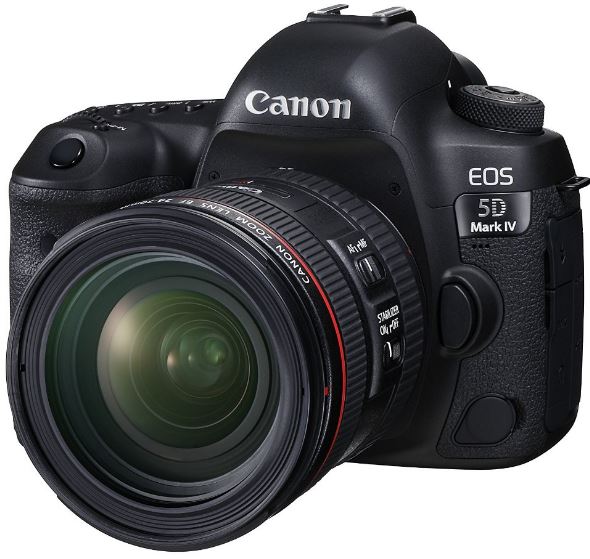 One of the largest improvements to the automation system was the Autofocus. This camera features a high density reticular system. This means that it’s not just looking at 61 individual points and attempting to figure out the subject. It’s looking at all of these points together.

Depending on your aperture, the camera can use all of these points to identify a subject and keep it in focus while you take the shot. This is roughly a 21% improvement over the previous 5D’s system. The number of these points mean that the camera can focus even in extremely low light levels, making the system a perfect companion for the new ultra-sensitive sensor.

This system is enhanced by the inclusion of an upgraded RGB/Infrared light sensor. This allows the camera to track where the light sources are in the composition, the type of light, and the spread. This means that your photos won’t just be in perfect focus, but they’ll also be correctly exposed.

Video Performance
When the 5D Mark II was released, the inclusion of HD video was a major bonus for many people. This released started a huge trend of film makers using DSLR cameras for their movies. With the 5D Mark IV, video performance has once again been given a huge boost. The camera can now shoot 4k video at 29.95 FPS. For sports or action shots, video can be recorded at 60FPS (1080p) or 120FPS (720p). 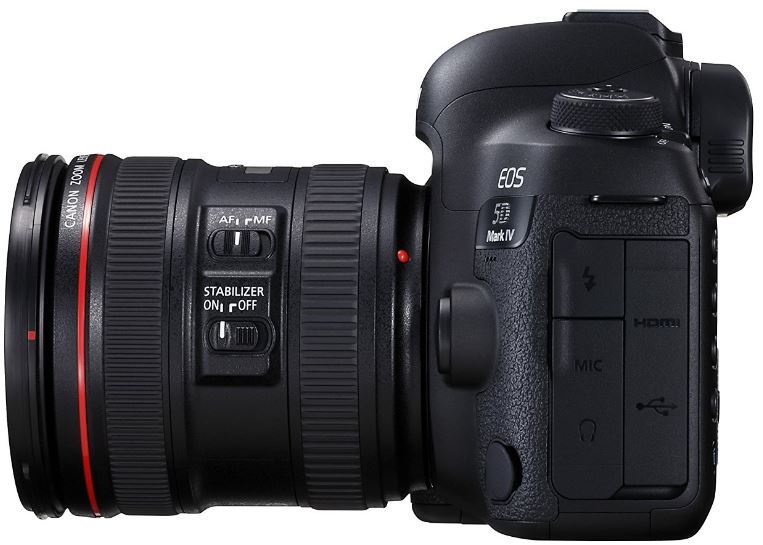 When you’re shooting 4k video, focus and exposure become extremely important as these details are much more prominent. Canons DPAF system allows you to change things like focus speed and points to keep your video looking smooth. This system will limit the speed of the servo. At high speeds, different subjects will “snap” into focus quickly. If you slow it down, you’ll have more of a casual transition from subject to subject.

Although the camera is capable of shooting 30FPS video, this might not be ideal for television use. NTSC film is actually played back at 29.97 FPS, while PAL is 24 FPS. You can easily set the mode in the camera, ensuring that your video doesn’t suffer from frame drop or stutter is converted later on in the editing process.

There is one downfall to such a high quality camera, and that is the size of the files it creates. If you’re using the full potential of the 5D Mark IV, you’ll need a very high capacity memory card. You’re looking at about 1.3 MB for each RAW image. If you are using compressed files, you can cut these figures roughly in half. The battery is capable of producing 900 exposures. For images, you’ll probably want at least a 16gb memory card if you want to take a weeks’ worth of shots before downloading them to your computer. 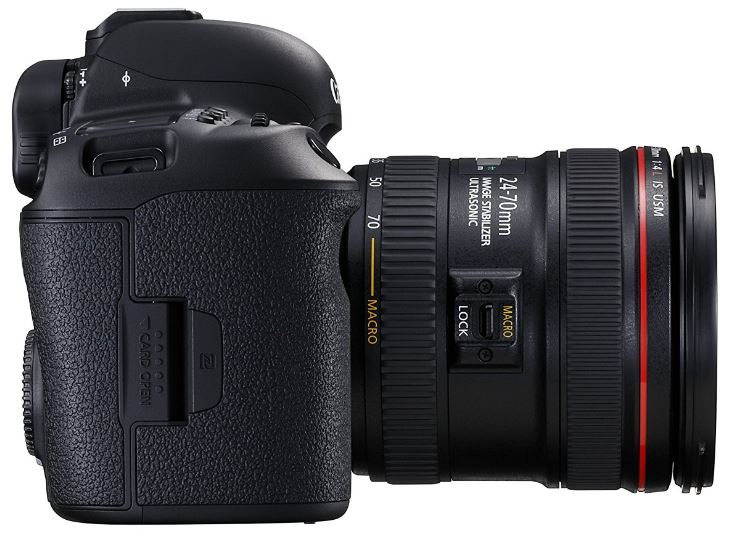 If you’re shooting video, the file sizes are amplified. Full, uncompressed 4k video generated 3.5 GB of data per minute. However, the camera does have an advanced compression algorithm known as motion-JPEG. This does result in a very small loss of quality, but reduces your file sizes by quite a large margin. Instead of storing every single frame, the camera will record key frames (a full, uncompressed image) and then document only the information that changed in the next few subsequent frames. This reduces file sizes by up to 80%. Remember, because it is recording only the pixels that change, the compression rate will vary from shot to shot. An action sequence with lots of movement will not be quite as compressed, where a shot of somebody talking with a still background will be highly compressed. If you’re shooting in 4k, a 256gb memory card is almost a necessity.

So, Should You Get the Canon 5D Mark IV?

If you want professional grade photos, the Mark IV is probably your best choice. It offers most of the features in Canon’s much pricier 1D series, at a price that most people can afford. It’s important to remember, however, that a professional camera requires professional accessories. The lens included with the 5D is one of Canons Premium L series lenses. These lenses have minimal distortion and perform well in all types of lighting. This is not just a nice bonus, it’s almost a requirement for this camera.

With the rebel series cameras, for example, you get a very inexpensive kit lens. On consumer grade cameras, these lenses are totally fine. The image sensors are not detailed enough to pick up these imperfections. But if you use these lenses on a high end camera like the 5D, these flaws will be clearly visible.

Overall, this camera is a great buy for anyone who requires the performance of such a powerful camera. However, make sure that you are prepared to purchase the accessories that will help you make the most out of the platform.