After a wildly successful run for one of Canon’s flagship models, the 70D, Canon decided to rip away overhaul it’s best traits by expanding on certain features and ditching the weak ones, ultimately leading to the release of their all-new EOS 80D. As you can tell, leaning more on the high-end in terms of price, this DSLR is aimed at more experienced photographers or cinematographers. Based on its overall feature-set, it’s ideal for enthusiasts trying to transition into professionals. 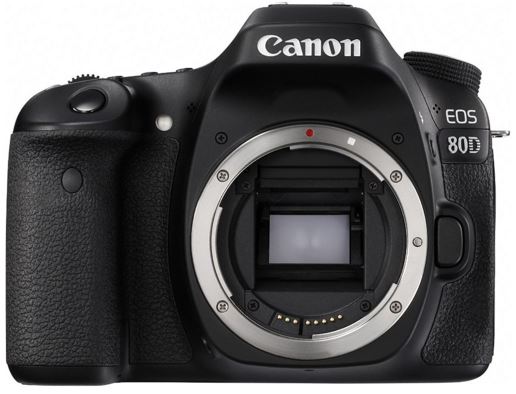 In terms of raw design (excluding internal changes), if you’re upgrading from the 70D you’ll notice that the EOS 80D Digital SLR Camera mostly looks the same. The strong baseline features like water-resistance are still present, making it easy transitional upgrade to the 80D quite appealing. To the naked eye these two cameras may look about the same, but Canon reduced the sideline Playback/Q buttons in size, added a headphone input and placed the remote port a bit more downward. What’s more, you’ll find the in-camera microphones were relocated from the top to the front (they’re the 4 small holes right next to the logo). They even added a new mirror vibration control system, mostly reserved for their most premium cameras. If you’ve grown used to working with this feature on the 70D Mark II, you’ll find it easy to transition to the new 80D.

Most of the baseline functionality remains similar to the 70D; however, this being the improved version you’ll find there are subtle differences in internal mechanics that affect output such as the CMOS Auto-Focus sensor. Though it comes off about the same, the 80D has a massively improved focus system and one that makes it a lot snappier and more sensitive compared to its predecessor. 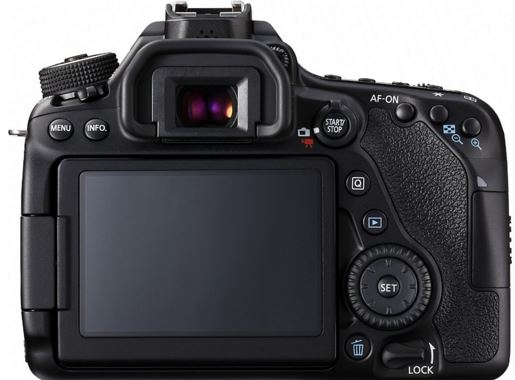 This is probably among one of the top auto-focus systems available. If you decide to make use of it in Video Mode, you’ll surely find it blows most professional DLSR’s out of the water. If you want you can adjust the 7-step system manually: it can be done – anything from making use of slower rates for video, to speeding them up for fast stills.

The AF system on the 80D is ideal if you’re shooting a lot of fast moving subjects (cars, sports events, time-lapses etc) as it allows you to focus on your art rather than dwelling on the technicalities. It’s both simple and accessible for beginners but also offers complete manual adjustability for professionals. 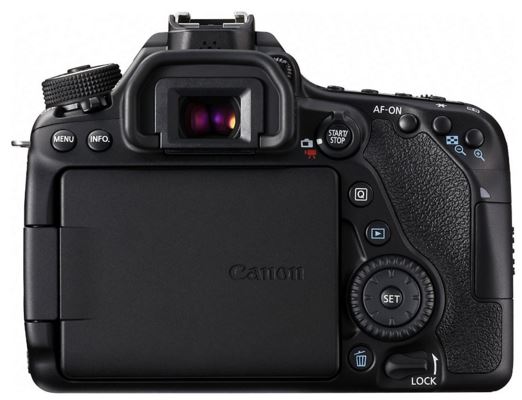 Working with unpredictable light conditions is usually a challenge for professionals because they not only have to focus on capturing the subject in an ideal light, but also adjust exposure the right way while it’s flickering. The Anti-Flicker system was initially released on the 7D Mark II. The way it works is by analyzing the flicker and then adequately timing the shots so that the difference they have on your color output is reduced if not fully eliminated. This feature is now available on the new 80D.

Connect To Your Smartphone

If you find yourself shooting outdoors often, you’ll want something that allows you to connect to your devices and upload content on the fly. Wireless connectivity is starting to become the norm and the 80D is no exception, featuring full-fledged NFC and WiFi connectivity. Canon has a free app (available for iOS/Android) that allows you to control your D80 wirelessly. At the time they released it, Canon announced a new “Zoom Adapter” and if you use it in combination with the kit lens, you can connect it to the App and adjust everything from your smartphone.

Should I Upgrade From The 70D?

If we’re being realistic, we can’t downplay the high-performance beast that is the 70D – you’ll find a lot of the base functionality remains identical between the two. Take for instance burst ability – the fps is the same on both the 70D and the 80D at a maximum of 7fps. Canon upgraded some of the most important features such as burst depth and instead of restricting you to 65 JPG/16 RAW you can now shoot up to 110 JPG/25 RAW files, granted with a UHS-1 card requirement. This is a decent enough increase in overall pixel count but Canon could have improved even more. If you’re shooting a lot of sports and you could benefit from the increase it should justify the upgrade, otherwise the 70D can hold its own. 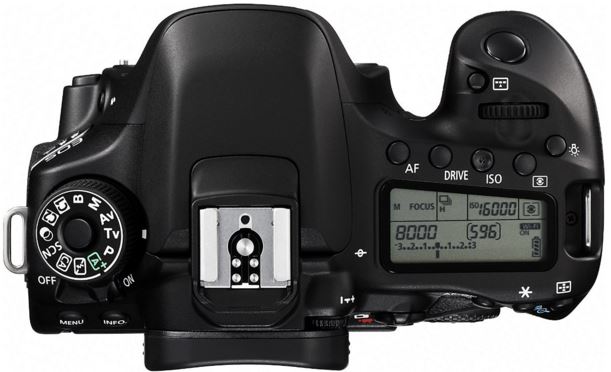 The 80D does have a solid edge in terms of Canon’s new high-end features as it includes most. Take for instance the all-new mirror box that was announced for the 1DX Mark II initially. This mirror box not only minimizes blackout time but it makes the shooting process go a lot smoother. For the heaviest shooting sessions, the D80 definitely holds up better as it doesn’t overheat the same (mostly due to the internal changes) and if this was a problem on your 70D you’ll love working with the 80D. For first-timers, there’s no dispute the 80D is the better option. 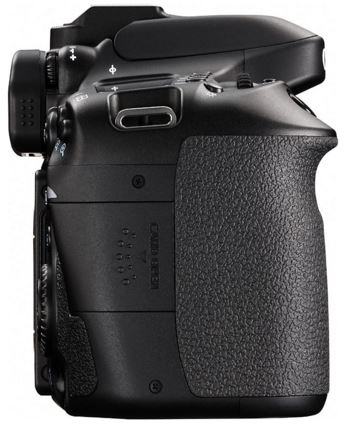 The main downside is the 80D lacks 4K video resolution, and this in a time when 4K is becoming the norm (even on some smartphones). The maximum shooting resolution is 1080p, however, they’ve now stretched recording to a maximum 50fps and included slow motion playback. Canon mostly improved it in the audio department as now the in-camera microphone has improved and there’s even an integrated port for audio monitoring. 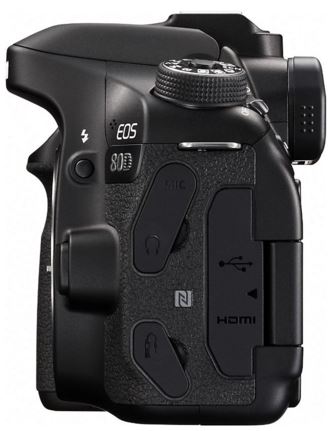 Overall, we must say that the Canon EOS 80D Digital SLR Camera is hands down the best enthusiast camera Canon has ever released, effectively retaining the best 70D features but improving on the most important mechanics such as sensor, processing speed and AF system. It basically fixes every 70D flaw and as long as you can do away with the lack of 4K video shooting, this camera will serve you for a long time.

For professionals or those transitioning into a professional career will surely benefit from the 80D and all of the high-end features it has to offer. Sold as a “body only” or with a 18-135mm or 18-55mm lens, it offers the best technology if you’re looking to spend a pretty penny on one of the newest and best Digital SLRs that Canon will release this year.