Game streaming is more than just a trend. For some, it’s a career. As people started to realize that they could make money streaming, they started spending money on professional-grade video production systems. In this department, Elgato has always lead the way. When we took a look at the best PCI-Express Video capture cards, we found that Elgato’s Game Capture HD60 provided impressive performance at an affordable price. When we tried out their stream deck, we saw the company take it up a notch and produce something that could provide an all-inclusive solution to digital streaming.

Their latest product, the Elgato Cam Link, is targeting a completely different market. This affordable adapter is designed to take the HDMI output from your camera and hook it up to your computer. This allows it to be used as a real-time webcam, or as a lossless capture device that allows you to record from your PC. This concept has been around for many years, and there are a number of options to choose from. But when we consider the price to performance ratio of the other video capture products they’ve produced, the Cam Link stands to blow everything else out of the water.

Does this simple USB device live up to the standard it’s manufacturer has set for itself, or is this just a cheap way to capitalize on their market share? To answer this question, we decided to try it out for ourselves. 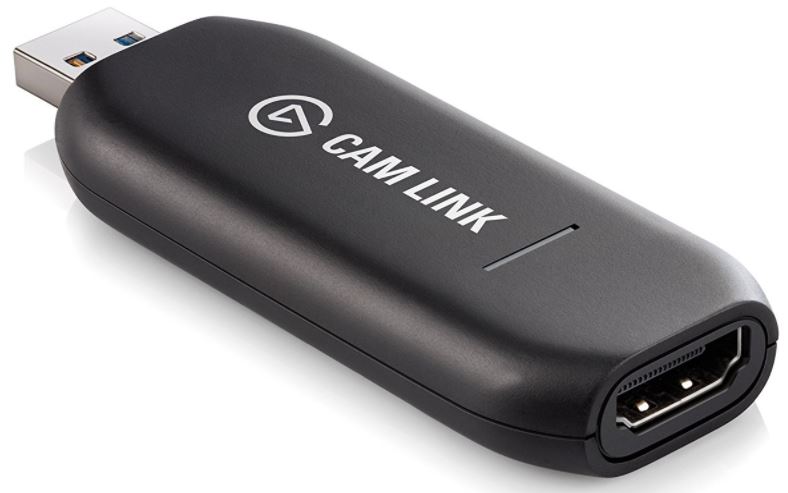 The cam link is a simple USB device that looks a lot like a flash drive. On one end, you’ve got a USB 3.0 port. On the other, you’ve got a female HDMI port. You simply plug the USB end into your computer, and hook up an HDMI video source. The raw video data is converted to a compressed file format, and either broadcast live (if used as a webcam) or saved to your computers hard drive.

It’s important to remember that this is not just a simple converter. It’s completely unlike an HDMI to DVI adapter, for example. The video files you work with on your computer are compressed. This means that a mathematical formula is used to encode or decode the data, so only relevant information is saved. This makes the files manageable. For example, a 1080p HDMI signal has nearly 5 gigabits of data for every second of video and audio. Meanwhile, a compressed movie stored on a Blu-Ray disk only requires about 54 megabits of data for every second of 1080p video. 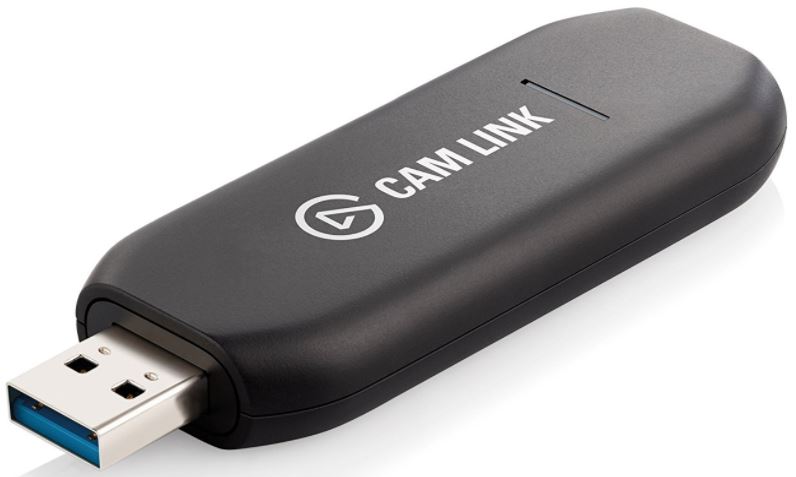 That USB 3.0 port definitely can’t support 5 Gbps of data, so the Cam Link has a hardware encoder that captures the video and outputs a partially compressed video file. This data is fed to your computer, where software finishes compressing the data into a standardized file format.

Ultimately, what we want is a compressed video file that is manageable in size, but doesn’t sacrifice quality. This process is complicated. If the video is compressed too much, there is a lot of lag in the capture card. If the video isn’t compressed enough, or poor compression algorithms are used, the video quality suffers. We’re going to be grading the Cam Link based on the speed and effectiveness of it’s compression. 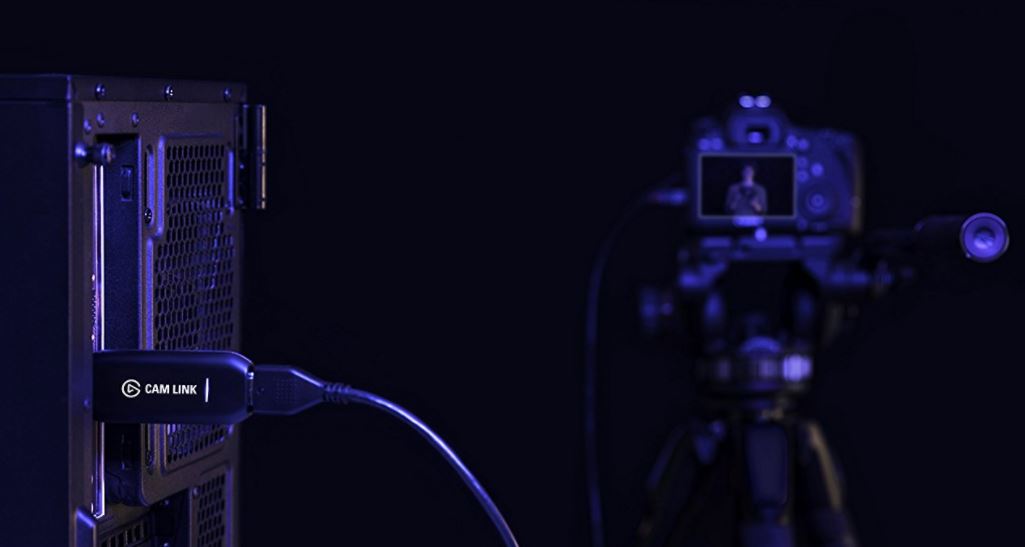 The Cam Link won’t work with just any computer. Transcoding video in real time is a very demanding application, and this job falls onto your CPU. You need to have a 4th generation or newer Intel i5 processor, and it has to be a quad core model. The lowest end model that fits these criteria is the i5-4430, which scored 6,281 in the “CPUbench” benchmark. If you’ve got a new 7th generation processor, even the low end i3 7350K can beat this score. So in our eyes, you’ll be good with any new quad core processor or an older midrange processor. If you’re unsure, check the CPU bench score to see if it can outperform the i5-4430. You’ll also need to be running a modern operating system: either Windows 10 or OSX 10.12 Sierra.

You’ll also want to check your video source to make sure it is compatible. You might think that all HDMI video is the same. However, most copyrighted media is protected. It’s actually illegal to decrypt the video stream from your Blu-Ray player, so this won’t work. 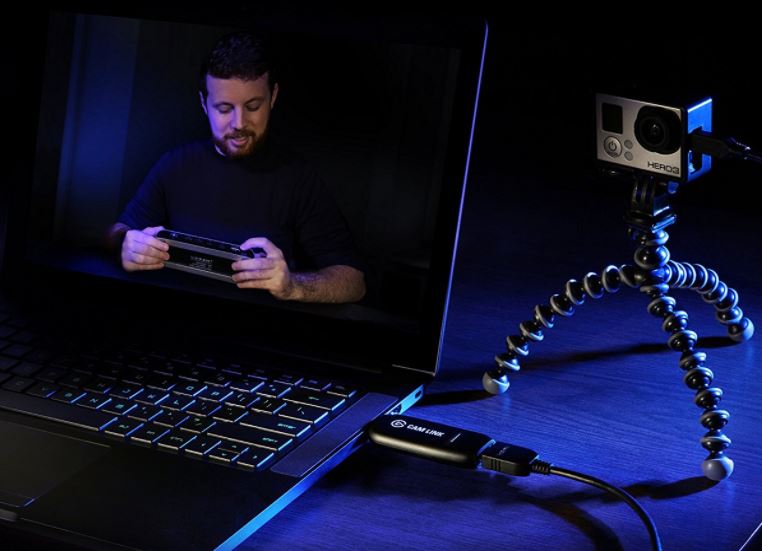 However, finding a compatible camera shouldn’t be a problem. Most modern cameras have a Micro-HDMI or Mini-HDMI port on the side. They should also include an adapter to convert it to the full-size HDMI plug used with the Cam Link. Of course, if you have a full-size HDMI port you’re good to go. This covers most DSLRs, action cams, and mirrorless cameras.

What won’t work is cameras that use the MHL protocol to output HDMI. MHL is typically provided via micro-USB, and requires a special adapter to work. If your camera uses MHL, you’ll need to find another capture card that supports this technology. The lack of support for MHL also rules out streaming sticks like the Roku or Chromecast.

After setting up many of Elgato’s advanced HDMI capture devices, we weren’t prepared to how easy the Cam Link would be to use. Its driver lists it as a webcam. This means that the second you install the free software and plug it in, your video source will immediately be available in apps like Skype, Facebook Messenger, and even some of the more advanced video production suites. 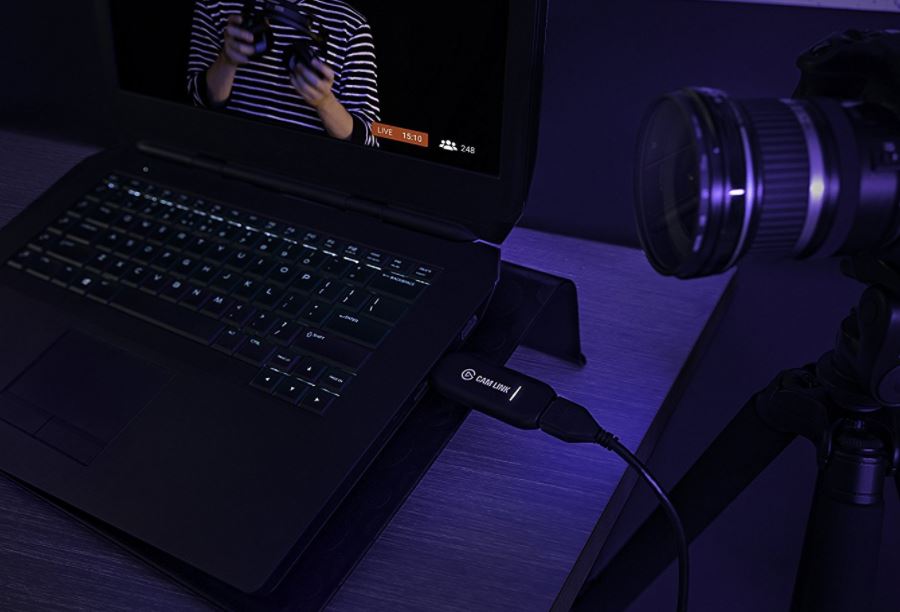 Right off the bat, the video came across extremely clear. With our GoPro, we compared the live video feed we recorded through the Cam Link against the file that was saved to the SD card. The files were almost indistinguishable. The Cam Link did create a slightly larger file, although these settings can be changed in the app. The video quality you get will depend primarily on your camera, however the Cam Link will be able to capture that video in real time without adding any visible loss.

The cam link is capable of capturing video at either 720p or 1080p, at frame rates of up to 60 FPS. If you have a 120 FPS video source, the Cam Link will simply drop the actual recorded rate to 60. It is, however, extremely important to get the resolutions right. A 4k video source won’t be downscaled, and a 480p source can’t be upscale. You have to pick either 720 or 1080p, with no exceptions.

Anyone can record a video on their camera, download the file from the SD card, and then go through and edit the file. If you wanted to do that, you’d never buy the Cam Link. This product is designed for real time broadcasts. Unfortunately, this isn’t always possible. Remember, the video has to be converted, compressed, and then stored before it can be transmitted. These things can happen quickly, but most affordable capture cards have upwards of 1 second of lag. This means that your voice could be out of sync with your video, and this issue is hard to deal with. 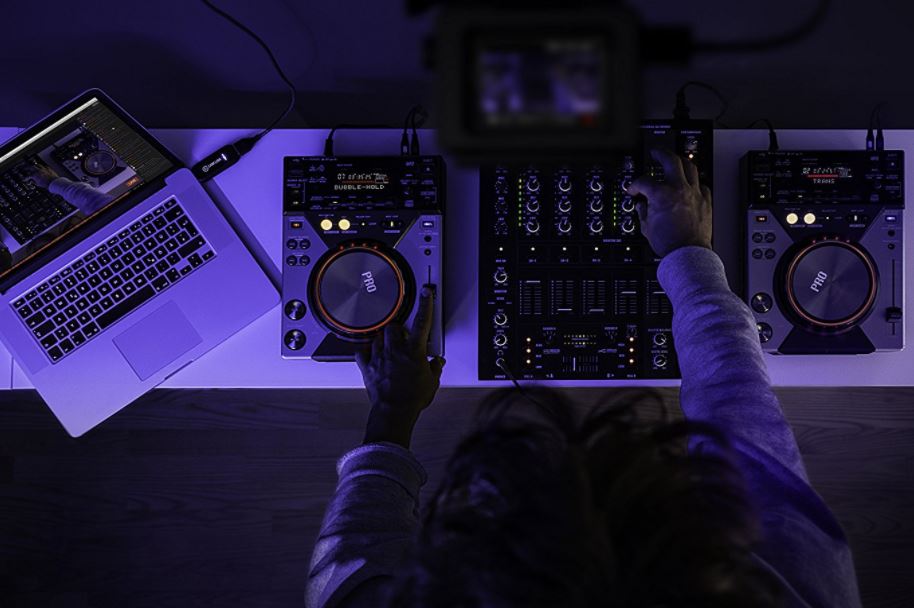 Fortunately, the Cam Link is built very differently from most video capture systems. USB 3.0 supports one-way real time streaming with virtual zero latency. Most of the time we were seeing sub-10 millisecond lag, which is extremely impressive for this kind of hardware.

Encoding video can put a lot of strain on your processor. With our 7th generation i7, we were often seeing 20 to 30% CPU utilization just for encoding. Some consumers expressed interest at the Cam Link so that they could overlay their face while streaming games played on their PC. However, remember that running this capture card will slow down your computer, and potentially affect your gaming performance. If you plan to use the card with any other demanding application in the background, make sure that your computer can handle the additional load. 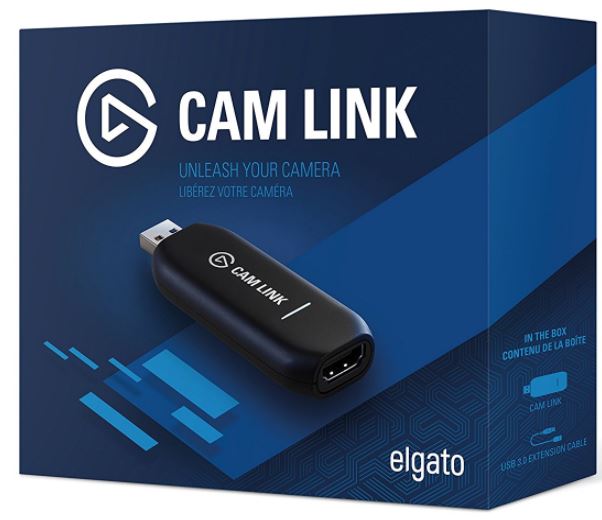 The Elgato Cam Link might not be as feature rich as the stream deck, nor does it come with the advanced software suite found with their PCIe capture cards. If those are desirable to you, then you’re better off with one of Elgato’s more premium options. The Cam Link is an inexpensive, easy to use way to convert your existing camera into a web cam. Whether you’re looking to record live video directly into the editing suite of your choice, or if you just want to improve the video quality on your next skype call, the Cam Link is for you. You still get the performance and video quality of their high end cards, just without all of the bells and whistles.