Chances are you’ve tried out a few detectors or a friend of yours has one in his/her car so it caught your interest. Fact is, some of these will offer better performance than others and performance isn’t exclusively dependent on price. The main downside to purchasing higher end models is how overly complex they are and they can easily overwhelm a new person. In most case a good detector will offer you different modes for city/highway, alerts (visual/audio), power cords and mounts. The most surprising thing is that an inexpensive device like the enKo offers it all. 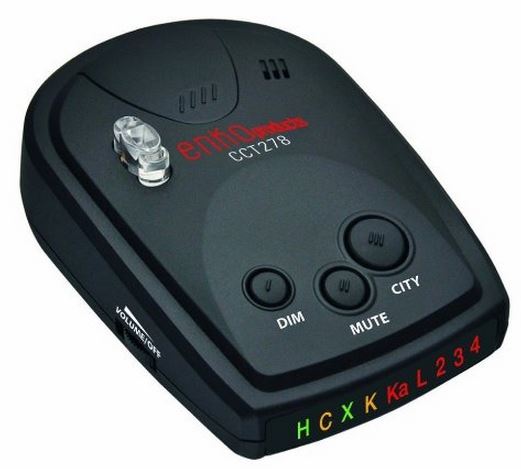 This is certainly going to sound unimportant at first, but the suction cups that are responsible for holding the mount at the front of your car do what they’re supposed to! You might be surprised that this isn’t always the case with most detectors, but it actually is even with ones priced 2-3x as much.

Manufacturers will charge insane amounts for bells and whistles we don’t need but when it comes to basic functionality like holding a detector in place a good portion of them mess up. The enKo Products Car Radar Laser Detector is simple to setup, stays in place and the learning curve is short. There are only 3 main buttons to run controls (one for the modes, one for the voice alerts and one for the general settings), which feel good on the hand and there’s a simple volume control wheel. That is all. 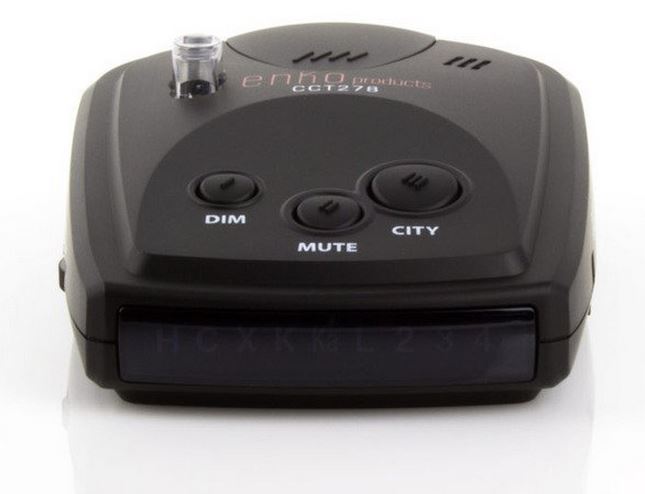 The enKo will sweep for signals in all directions (360° detection) including laser, K, Ka and X. The reader/user interface is located at the top of the unit and assuming you followed the instructions and placed it correctly you’ll get the best possible coverage.

Often times affordable detectors take time to set up and you might even have to pay the local dealership in order to do this for you. This isn’t the case with the enKo – it comes ready out of the box and all you need to do is spend a few minutes mounting it. It’s simple to use but simpler to install.

There’s also a spare fuse they included inside the package and the instruction manual points out everything step by step. You can actually do it instinctively because it’s very self explanatory, but we recommend you spend some time looking at the manual (especially if it’s your first time) just to make sure it’s mounted right. Minor things like choosing the right mode and knowing when to switch can have an impact on the signal filtering and this is something you’ll have to experiment with initially. EnKo filtering is top notch and you won’t be annoyed by constant false alerts. The alerts also have a full sound and not the weak beeping of outdated units. 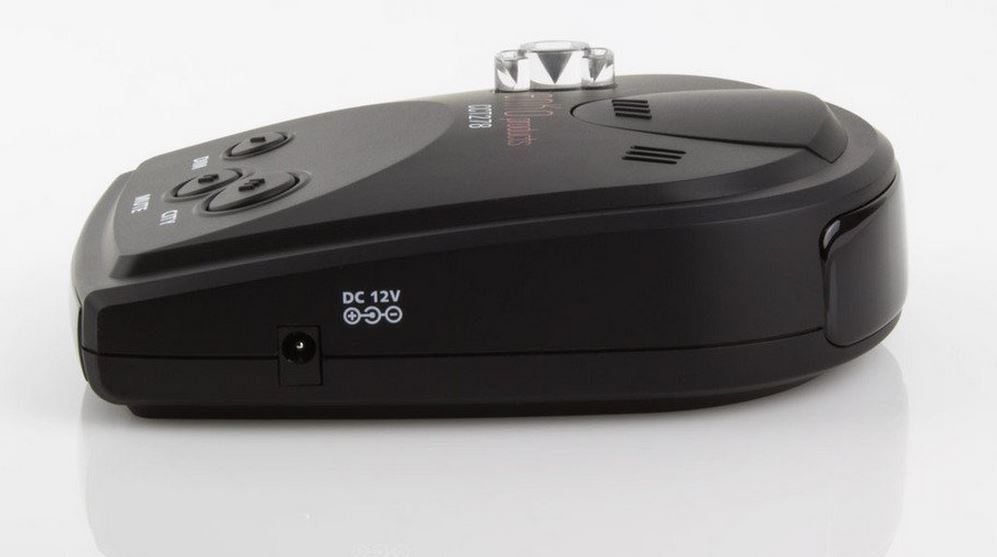 First Impressions On The Road

In order to test it, we had a look at it from a newbie’s perspective and instead of mounting it on the windshield as we normally would we simply placed it on the dash. Considering you’ll be using the cigarette lighter to plug it in, you won’t be able to charge your phone on the go. This is a downside for long trips assuming you plan on using GPS because it’s a bit of a sacrifice. The good news is that it works just as good during the daytime as it does at night thus you’ll be able to see the visuals even with strong sunlight. It’s extremely easy to control and there are only 3 buttons – leaving no room for confusion or complex tech configurations.

This is the biggest problem affordable detectors face because they pick up on signals just as effectively as the higher priced models but the filtering is not on point. We noticed that it timely notifies you whenever you’re about to pass by patrol cars, but it does the same near grocery/shopping stores because they use automatic doors. You’ll generally get a warning whenever you’re near law enforcement, and if it’s the same commute you’ll quickly figure out when the false alerts are triggered – these are inevitable with every device.
Another positive is that it does a great job at filtering out false alerts in a city. To give you an example, it basically uses different sound tones for stores and radar traps. Additionally, you’ll know exactly where these signals are coming from. 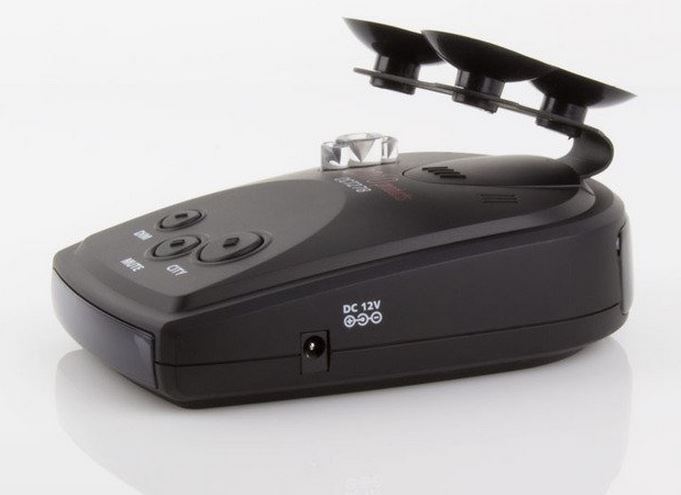 Conclusion – Who Is It For?

If you see yourself driving on the interstate soon or you’re planning a long trip in heavily patrolled areas, you’ll certainly benefit from the enKo Radar/Laser Detector. Even if there isn’t plenty of action in your area, you’ll quickly be able to pick up on the few radars there. Although there are more expensive detectors you could purchase offering GPS bells and whistles, this one gets the job done regardless.