Modern smartphones have put a Hollywood-grade camera in your pocket. Based on video quality alone, consumers should have no problem producing their professional video content without having to purchase thousands of dollars of equipment. Unfortunately, video quality isn’t the only thing that matters.

With the exception of the Blair Witch Project, video stability is a major part of every motion picture to grace the big screen. Built in optical stabilization definitely helps create smoother video, but there are serious limitations to this technology. It was never designed for people who use their phone while moving. Instead, it’s designed to allow longer shutter times while shooting at night.

A camera stabilization system is designed to help keep the camera steady, even when you are not. Most of them follow the same basic principal. The camera goes inside of a mount, which is allowed to move freely within a large enclosure. This enclosure is what you hold on to. As you move around, the camera is held in position to enable smooth, cinematic movements.

Early camera stabilizers used a special harness that was strapped to the operator. The camera was suspended, and used gyroscope technology to keep movements within a specific tolerance. These systems were large, expensive, and required advanced training to use. In spite of these problems, the technology changed Cinema as we know it. The Glidecam, released in 1991, was considered to be the pinnacle of technology. If you were to go back in time, Glidecam users likely wouldn’t believe how far this technology has come.

The Flowmotion is one competitor in a new batch of personal camera stabilization systems. The manufacturer has produced some pretty impressive looking video samples, demonstrating how a shaky mess can be turned into buttery smooth video without any effort. It looks to be a simple, affordable accessory that can completely change the way you shoot hand-held video. Is this the next revolution in consumer video gear? To find out, we decided to try it out for ourselves.

At first glance, it’s hard to see what’s so revolutionary about the Flowmotion. It looks like a hand-held tripod with a cellphone mount built right in. In reality, this is just a very compact version of the popular gimbal-style video stabilizer.

There are three separate components. On the bottom, you’ve got a standard handle. This handle can be removed, allowing you to mount the Flowmotion wherever you choose. On the other end you’ll find a clip-on smartphone mount. In the middle are three flat discs connected with L brackets. These discs are actually bearings that allow the camera to turn on two different axes. One tilts the camera up and down, the other pans left and right. In theory, you can move the handle around in any direction you choose. The two bearings can keep the camera pointed in the same direction, effectively cancelling out movement. 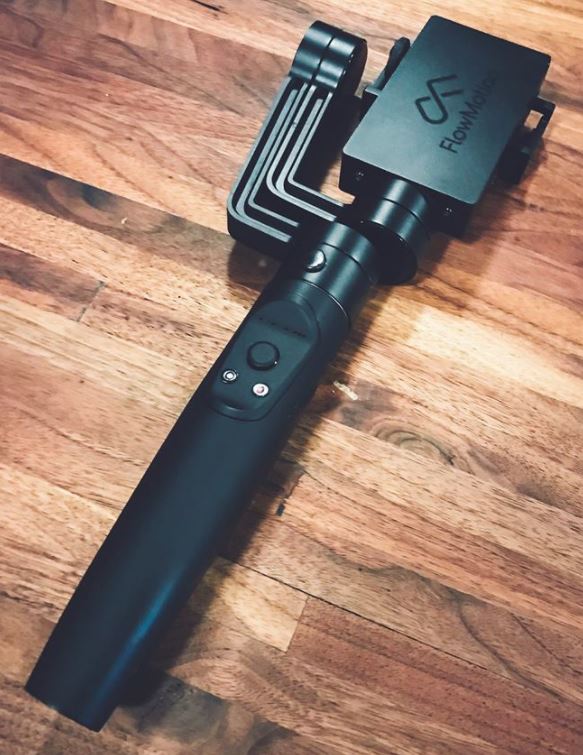 What stands out about the Flowmotion is it’s adaptability. By default, it looks like any other compact gimbal. However, all of the bearings can be collapsed to make an extremely compact mount. It folds up to about the size of a wallet, and can be kept in your back pocket.

Most users will use the attached handle while filming. However, this handle can be removed if you want to get more creative. The bolt that attaches the handle to the base is a standard tripod mount. This allows you to attach the gimbal to any other commercially available camera mount. You can attach it to your bike, a vehicle, or even your helmet.

The smartphone mount will take any standard smartphone up to the size of an iPhone 7 plus. Flowmotion also makes an optional Go Pro mount, so you can take your favorite action cam with you. 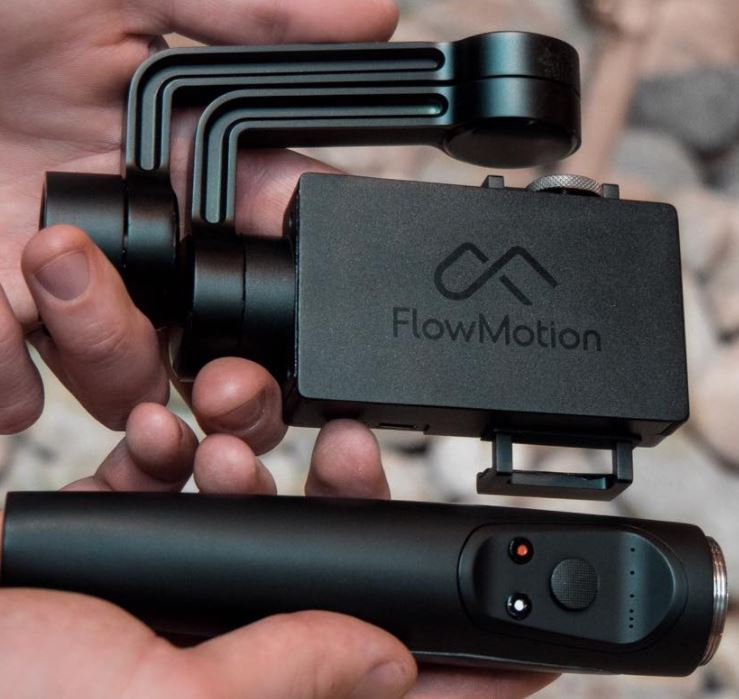 Motion is a form of input. This input can be either intentional, or unintentional. You can move your hand slowly from left to right, panning the video across the landscape. Alternately, maybe you’re running while filming. The up and down movement of your legs causes the video to bounce around. To us, making this distinction is easy. But to a computer, it’s not as easy to separate these movements.

While filming a baseball game, you might jerk the camera to the left to capture a home run. How is the stabilizer to know if this was intentional, or just an accidental movement? Flowmotion’s solution is to provide you with three separate modes to choose from.

Lock mode is the most powerful option. Any motion, both horizontal and vertical, will be compensated for. Your smartphone remains in a fixed position, with all movement of the handle restricted as much as possible. 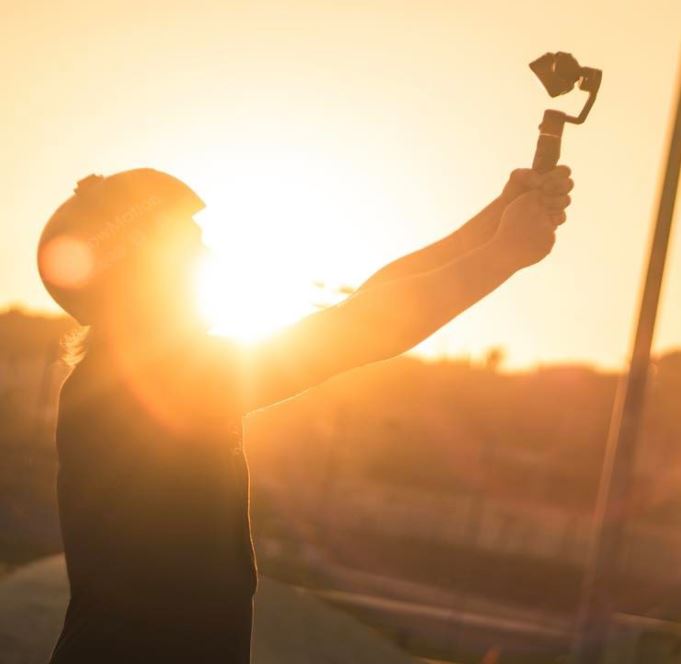 In Pan mode, the smartphones tilt is locked. You won’t be able to move it up or down. If you try, it will compensate to keep the video level. You can, however, turn it from left to right. This mode works very well while running. The up and down motion from your legs hitting the ground is cancelled out, but you can still turn the camera in either direction.

The most flexible mode to choose from is Pan & Tilt mode. In this mode, the Flowmotion isn’t considering the direction of movement, but rather the intensity. Smooth movement in any direction is allowed. But if movement is quick or jerky, the gimbal will compensate to keep the video looking smooth.

In our tests, we found all modes to work exactly as described. The Pan + Tilt mode is best used in a candid environment. You can respond to anything that happens, and your video won’t behave unpredictably. Lock mode is best when you’re shooting a fixed subject. You can move around the subject, and the video will stay smooth.

Pan mode is best used when you’re in the center of the action. You can move left to right, but your own personal movement is cancelled out. 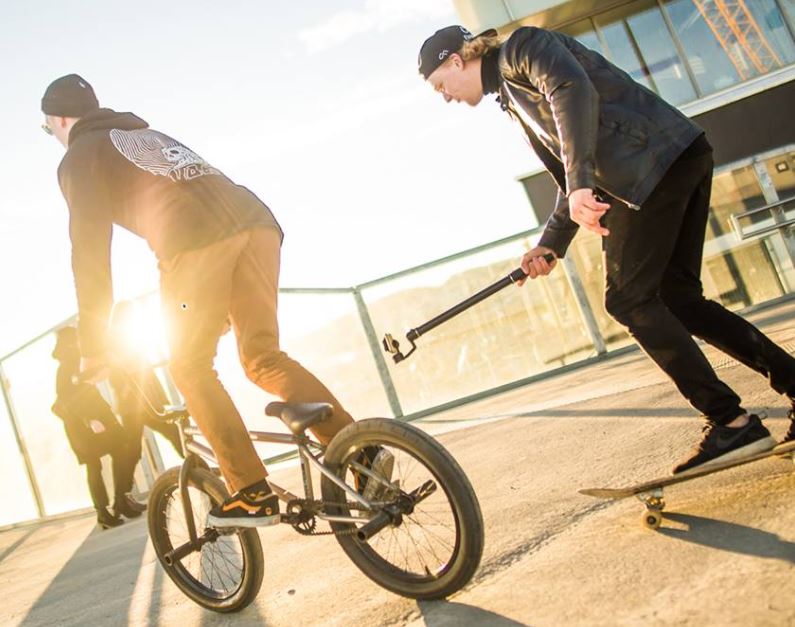 The Flowmotion isn’t entirely stand-alone. By using the free Flowmotion app, it can sync up with your smartphone and utilize the accelerometers to improve accuracy. This software has the added benefit of acting as your video production suite, giving you more control over your work flow. 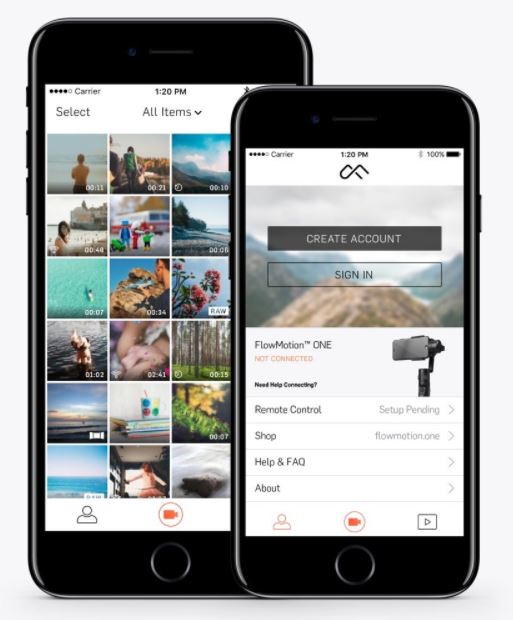 The most useful feature in the software is the ability to change the gimbal mode while shooting. You’re also able to change video settings like contrast, color balance, brightness, and clarity. These features are a little more advanced than the filters you get on Instagram, and give experienced users the ability to get the exact look you want.

Once you’ve got your video exactly the way you like, the Flowmotion app gives you a number of ways to store and share your video. You can broadcast it live to Facebook or YouTube with the touch of a button. If you’re saving the files for later use, you’re able to categorize and arrange them to make the editing process simpler. The app is an all-inclusive video editing suite, adding a ton of value to an already impressive package. 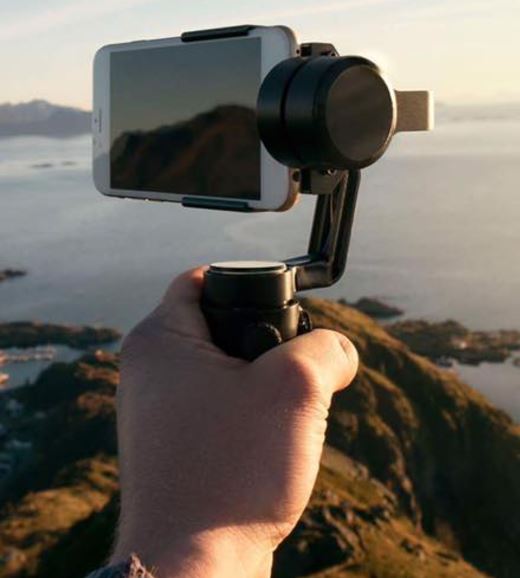 Because the Flowmotion uses your smartphone’s sensors to improve accuracy, the GoPro attachment doesn’t function as well as the standalone unit. For action cams, we recommend using a gimbal that has these advanced sensors built right in. This provides consistent performance across all devices, so all users can experience the full range of benefits. The downside is that these types of stabilizers tend to be much more expensive, so for now you’re best off using a smartphone.

It amazes us how much better video can look when it’s stable. If you thought that optical image stabilization was impressive, this is the next level. When combined with a powerful smartphone, the video you produce is good enough to upload straight onto YouTube. 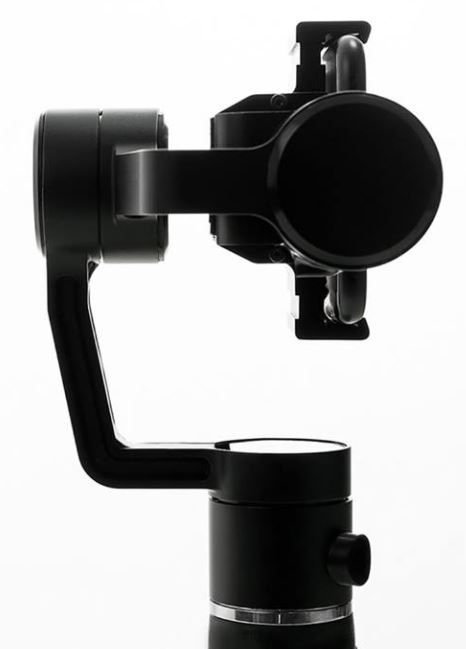 While this isn’t the only smartphone stabilizer on the market, there are a few key advantages to this model. For starters, it’s the most compact option we’ve come across. It only weighs 300 grams, and can fold up to fit right into your pocket. Even if you already use a high end stabilizer, the Flowmotion is a great addition to your portable rig.

For us, the icing on the cake is the digital video editing suite. Being able to set your video options directly from your phone can save you a ton of time in post processing. Once you save a video file, some data is lost. So tweaking your settings while shooting produces the best possible results and compensates for the limitations of the smartphone platform. This isn’t going to compete with a four-figure professional rig, but this is definitely as close as you’ll get.