Regardless of whether you prefer to do it in the summer or you’re more of a winter/mountain/camping kind of person, if you’ve been delaying a trip and it’s weighing on your mind for a while now, it might be time to just go for it! Most of us prefer to have some sort of device on hand, not because we’re addicted to technology to a point where we’ve lost touch with the outdoors, but we don’t want to completely disconnect either. It might enhance your experience if you get to listen to some good music, read an ebook at night, take memorable pictures or navigate unfamiliar terrain.

Portable Batteries Are A Must

The worst thing about losing battery power is not that you can’t do anything about it, it’s that it almost always happens at a time when you really need it. You could be stranded somewhere only to have your battery die on you last minute and a small portable battery could literally make the difference between life and death. Whenever you’re running low on battery, you can instantly recharge your phone and buy yourself some time.

What To Look For

The main thing to pay attention to is the size factor because you obviously want it to be small enough that it doesn’t weigh too much but also offer enough power that it’s not a waste of time. There were too many bad portable batteries which came out so far that it’s easy to differentiate. 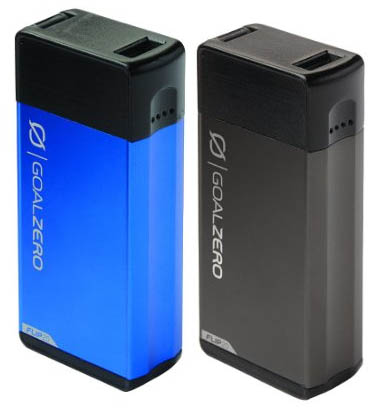 Goal Zero is among the most reputable portable battery manufacturers and a lot of people use their batteries to power different devices outdoors. Their latest release is the Flip 20 Recharger which basically combines a small and lightweight package with decent power allowing you to charge pretty much any device portably: your phone, fitness device, lamp, GPS navigators, etc. You’ll notice it’s smaller than it looks in the pictures, it fits inside the palm of your hand and you can effortlessly bring it over on any trip. 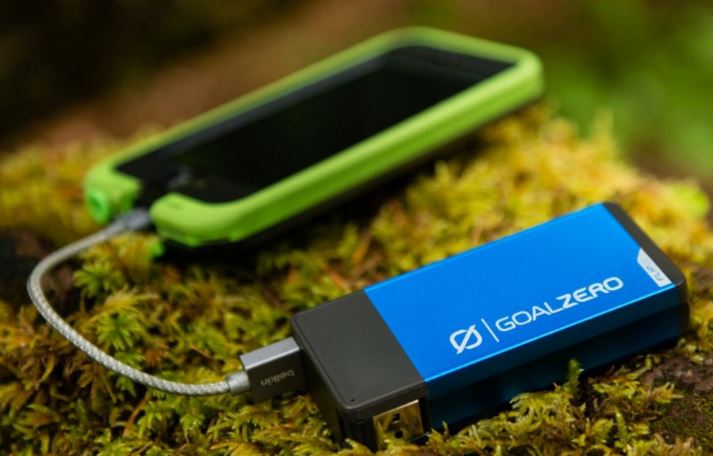 If having constant access to your smartphone is critical for your work and you want to ensure your battery never dies on you, this is a minimal investment that will give you a peace of mind. It works with the Goal Zero “Nomad Solar Panel” and you can plug it into your computer or car charger for a quick charge. This will ensure your devices are always connected and even if you lose connectivity, it buys you that extra bit of time you need to get reception. 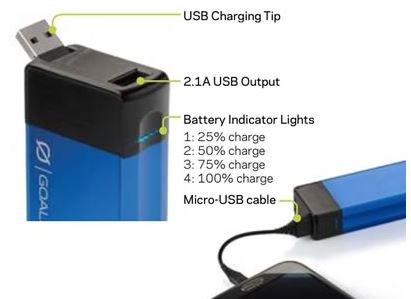 The Flip 20 has a very minimalistic design and its 4 simple LED’s to the side that let you know the exact power level. Press a simple button to check this at any time and as soon as you need to get a charge, simply connect your device cable to the USB input. You can additionally purchase a small cord that doesn’t stand out a lot and is small enough to carry inside your pocket.
It Works With Your Apple Devices

There are plenty of Apple apps that will drain your battery a lot faster than usual, especially apps that utilize GPS/mapping capabilities. Sometimes Apple batteries act up so you need a bit extra power to get things done, and the Flip 20 will provide that push. It’s as simple as Apple devices and you’ll instantly figure out how to use it. 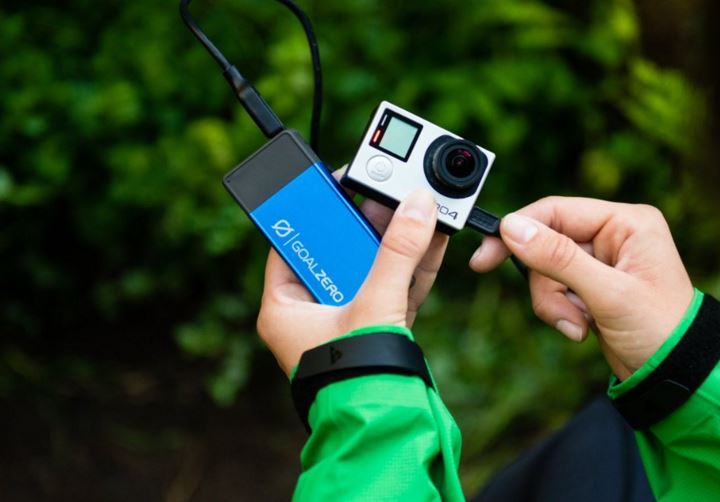 Irrespective of whether you’re into exploring the outdoors or urban environments, both of these devices will have you covered and they’re pretty much the same size (pocketable). Another thing they have in common is they’re compatible with the Goal Zero’s solar panels so if you have their charging panels you can connect them easily. The main difference is in battery capacity and this is why the Flip 20 is twice as expensive: The Flip 10 has a 2,600 mAh battery while the Flip 20 has double that at 5,200 mAh. In practical terms this translates to a decent boost on your iPhone/iPad device with the Flip 10 (or a fully charge on smaller fitness related devices) while the Flip 20 will fully charge your iPhone. All you have to do is flick open the connector for the USB (similar motion to a lighter) and let it work its magic.

Most Suitable Option For You

If you’re a very adventurous person and you tend to go the extra mile, you should consider the Goal Zero Flip 20 Portable Recharger because this one is even bigger. This charger in particular is the most expensive from the series because at 7,800 mAh capacity it’s enough to charge two large iPhones/tablets and if you’re a moderate user, that should keep multiple devices going for at least a week.

It also has the standard white LED’s and its waterproof so you’ll be able to charge your devices in the open. Generally we recommend the Flip 10 to people who could use a boost as a secondary thing, the Flip 20 for people who plan on at least a single charge, and the 30 for those who plan at least a week ahead and want the most powerful charger.