Studies have found what many pet owners have already known for years: our pets can experience boredom and anxiety. Being left alone entirely, or being left without enough stimulation, can be psychologically draining on pets and people alike.

More often than not, pet toys require a human to help operate them. A ball won’t throw itself, a string won’t dangle itself, and so forth. So where does that leave your pets when you’re not available to play with them? When you’re sleeping in? That’s where the GOMI Smart Ball comes into play. 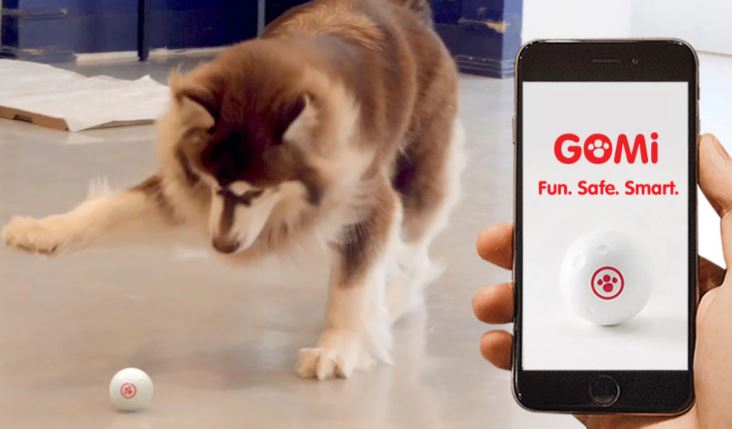 It’s branded as one of the world’s first smart pet toys. And if you can actually make use of everything this ball can offer, then you should find it actually is pretty great for providing your cat or dog many hours of entertainment. Even when you’re not around to play with them.

GOMI made their smart ball with a heavy emphasis on safety features, but an almost equal emphasis on fun. Like similar smart-devices, you can manage this toy through an app, wherein GOMI provides a total of six ways to play with your pets. But how well does it keep them entertained?

Made with chewing in mind, the outside uses a sustainably sourced soy ink that isn’t harmful to pets. The chassis of the GOMI Smart Ball is primarily made from FDA certified polycarbonates, again made to be safe for pets. And the antibacterial exterior means the ball isn’t going to be spreading germs like an unprotected ball does. 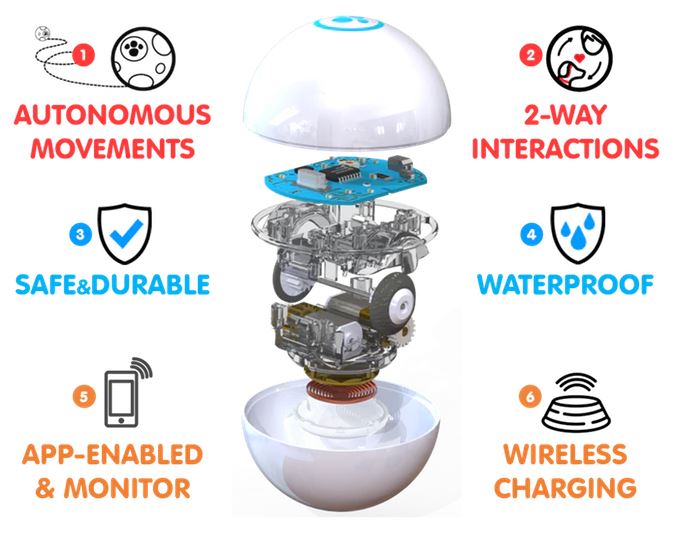 Like you might expect, the design is entirely waterproof. That means you can throw it under the faucet and start washing it inside any sink. That’s good news because sooner or later every pet toy will need to be cleaned. The only real limitations to serve with respect to the waterproofing is you don’t want to involve the GOMI with prolonged submersion, especially deeper than 3ft.

In other words, you don’t want to throw this ball into the water. It wouldn’t be a disaster if it fell into a puddle or even got placed into a kids pool. But it’s not intended for those kinds of circumstances, so you’ll want to keep the ball clear from them. 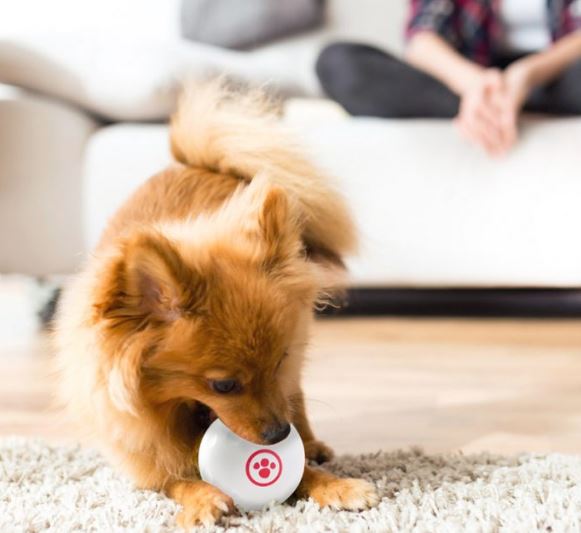 The motion is powered by a pretty powerful battery, intended to go through about 4-hours of continuous use. That means it can run through about 16 different activities before it needs to recharge. Another thing to note is that even if the GOMI is sleeping for a recharge, the toy will move around for one minute if a pet begins to interact with it while it’s resting. Just another small detail that helps make this device feel a bit more like a living creature than just another inanimate object.

In fact, the GOMI was made with some two-way interaction software, that means it’s capable of interacting with its environment to a limited degree. If it bounces into a wall, it won’t continue attempting to run headlong into that wall like some kind of mindless automaton.

In terms of its size, the ball is a tad smaller than a tennis ball, but a bit larger than a ping pong ball. Large enough for medium sized dogs and larger dogs to handle without having to worry too much about it. Because GOMI was made to endure abuse from cats and dogs. We all know that some dogs are more destructive than others.

Accessibility to Most Breeds

That’s especially true when you’re looking at bigger dogs, or certain breeds that tend to be a little more aggressive. If your dog can destroy toy that are described as indestructible, then you’ll find the GOMI Smart Ball will do no better. But it does rank up there among the most durable balls you might hand off to a pet.

For smaller dogs that don’t have that kind of chewing power, or for cats, you’ll find the GOMI is far sturdier than it needs to be. Consequently, it holds up quite well against scratches and bites. It actually encourages bites because when a dog sinks its teeth in the GOMI, the ball responds with vibration.

When your pet finally releases GOMI, it begins to roll away and escape. And it’s very lifelike in its execution. Just about the only way this thing could be more interesting to pets is if it started playing some kind of lightshow when it was struck. But that sort of thing would probably make the GOMI Smart Ball a lot less tough. 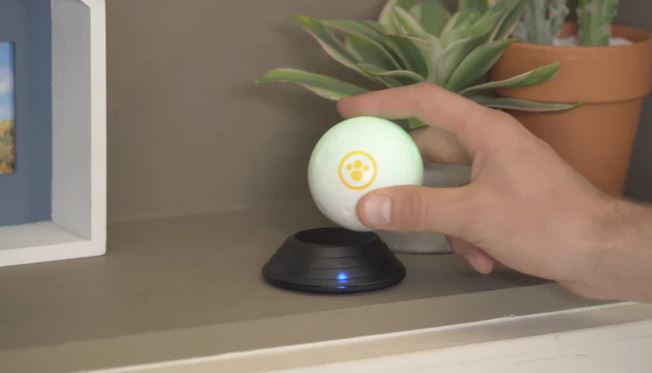 On its long list of features, you’ll find the GOMI is supposed to help entertain your pets when you’re not around. How well does it perform that function? Well interestingly, you can actually check for yourself. Because at the end of the day, you can check out the GOMI app to see how long the GOMI was played with while you were away.

While you’re out, GOMI includes a variety of preprogrammed activities you can use to stimulate your pets. For instance, there’s an auto start and auto stop function, which can keep the ball moving in irregular patterns. The more irregular, the more lifelike the toy will seem to the pets playing with it. That can keep your fuzzy friends more engaged because the ball never becomes too predictable for their interests. 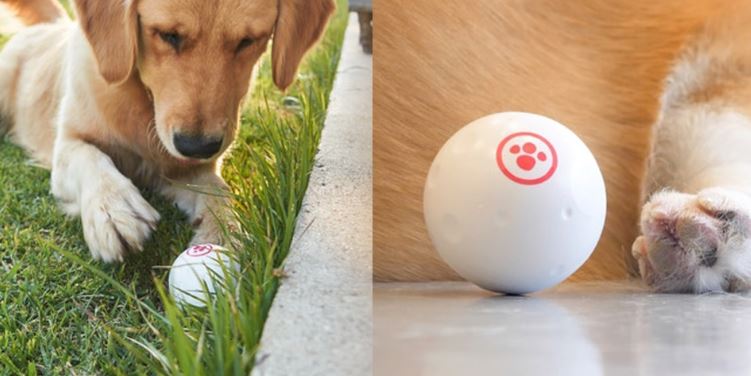 You’ll find GOMI includes about a dozen preprogrammed interactions. Some are speedier than others, some are slow, some are more erratic, some take more turns. If you want to reprogram these interactions, you can do some configuration within the app. Nothing incredibly detailed is possible, but it is possible to make some adjustments to fine-tune the performance of your pet’s favorite activities.

And because you can monitor pet activity, it’s possible to determine their favorite way to use the GOMI Smart Ball over longer periods of time. Maybe their interests change, maybe they stay the same. In either case, GOMI prepares you with options to explore.

With respect to the maneuverability of the ball, there’s one complaint to be had. This thing isn’t very quick, it’s got about the same speed you might expect of a small spider scampering across a floor. Dogs and cats have no trouble whatsoever capturing the ball, which means it isn’t necessarily interesting for humans to watch their pets play with the GOMI. But it’s a totally different question if your pet actually likes to play with it, especially when you’re not around. 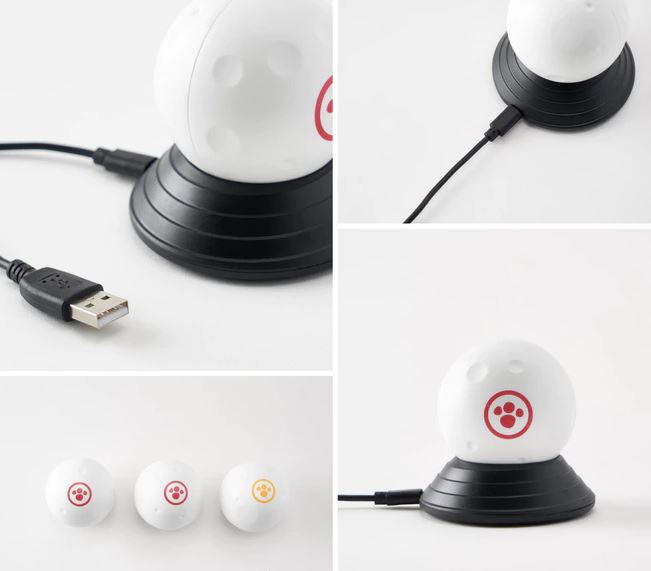 The control app is supported on both iOS and Android devices. Here it’s important to understand not every hardware company is a software company. Not everybody has the resources to both make a cool pet toy, and also make a highly approachable app. It’s actually pretty costly to develop a highly function app, which is why it’s mildly surprising how well GOMI has done with their Smart Ball.

That’s not to say the app doesn’t have its limitations. You can tell that they don’t intend you to spend hours each day looking at it. But it does provide you all the sort of things you’d want with respect to your ability to control or interact with the ball. Especially when it comes to reviewing data about your pet’s interactions with GOMI. 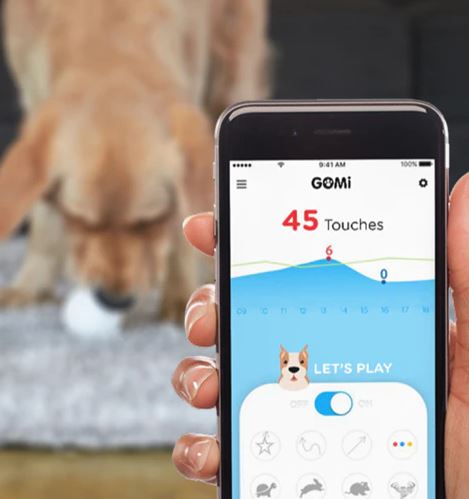 In a lot of ways, pets can be like young children. You never know what kind of toys your pets might be interested in. You might get something that seems like your dogs will love it, and they’ll have lost interest 10 minutes later. Then with another toy, you’ll find, for some reason, they never lose interest. It can be tough to guess what a pet will love, and it can be a process of trial and error.

Like so many things, the GOMI Smart Ball is manufactured in China. GOMI isn’t exactly a household name, and this is actually one of their first entries into making pet toys. They’re actually more of a radio brand than a pet brand. But they’ve done a pretty good job with this smart ball, it will be interesting to see if they continue to make similar smart-toys.

Interestingly, it’s theoretically possible for the GOMI to be updated in the future. That means it’s plausible the developers will add new activities you can access through the app, expanding on GOMI’s playability long after it’s already been in use. There’s a lot of exciting potential anytime you’ve got a device that’s connected to the web. 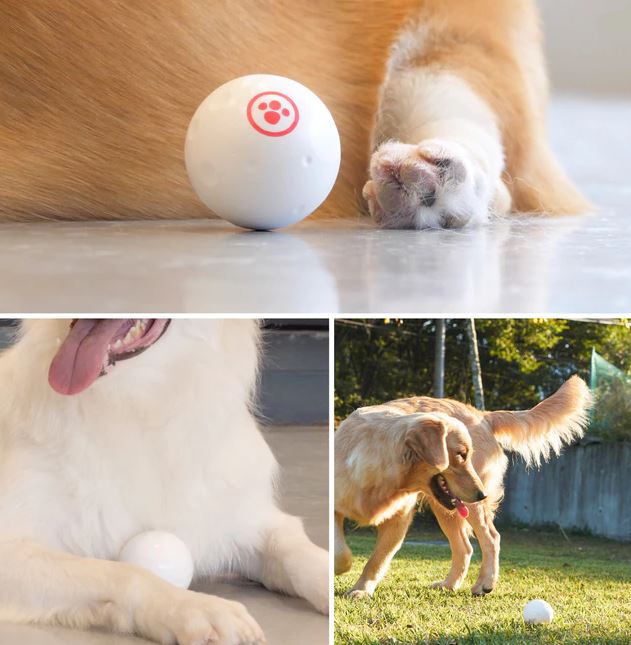 Who Should Choose the GOMI Smart Ball?

The ball is rugged enough to be given to a variety of different creatures – potentially far more than simply dogs and cats. Most pet owners should find it holds up quite well. It’s convenient that you wash it off in the sink so easily, and it’s nice that they’ve taken the time to find pet-friendly materials, including non-toxic inks.

Nobody can predict how your pets will react to these kinds of things better than you. If your best guess says the GOMI Smart Ball will help keep your pets entertained, then it’s definitely worth a shot. Sometimes you just have to try different things and see how your pets react to them.

The GOMI Smart Ball is a reasonably priced, which makes it quite appealing for someone who’s looking for another type of pet toy they might be able to help keep their furry friends entertained with. There’s really no guarantee your pet will love it, but there’s a pretty good chance. And if you often spend time apart from your pets, that chance is probably worth taking.