If you’re connecting a new monitor or TV, you may be looking for a cable to hook everything up. Just a few years ago, the choice was simple. Head to your local store, and pick up an HDMI cable that’s long enough for your needs. But nowadays, there are multiple standards. Among other options, you’ll see HDMI ARC and HDMI eARC.

ARC is short for “audio return channel”, and it’s only a few years old. In a nutshell, it’s designed to make your home entertainment system easier to set up. eARC is simply a more advanced version of this standard. But how do these technologies work? And why would you use one or the other? Let’s take a deeper dive, and find out!

If this all sounds terribly confusing, take a deep breath. Newer cables are still compatible with older displays. So if your HDTV has an HDMI 2.0 port, you don’t have to throw it in the trash. It will still work just fine with an HDMI 2.1 cable. Keep in mind, though, that the converse is not true. If your brand new TV has an 8K display, you’ll need an HDMI 2.1 cable. So far, so good. 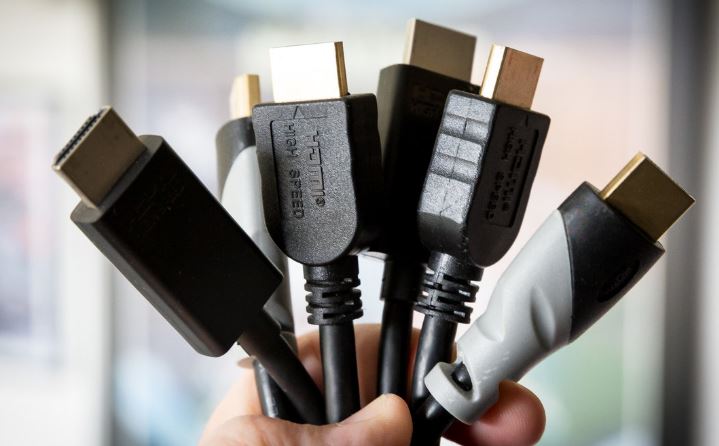 Most people use HDMI simply for providing a one-way audio-video feed. They connect a Blu-Ray player or game console to their TV, turn on their equipment, and start using it. However, the HDMI cable is capable of a lot more. In addition to sending audio and video, HDMI is also designed to create a so-called “handshake” between two devices. The main function of this handshake is to let devices know what each-other are. For example, your TV can automatically recognize a Blu-Ray player as a Blu-Ray player and not a cable box. In addition, the handshake allows certain copy-protection measures to work properly.

In theory, HDMI also supports a technology called “Consumer Electronics Control” (CEC). CEC goes by different names depending on the manufacturer. For example, Sony calls it “Bravia Sync”, and LG calls it “SimpLink”. This technology is designed to let you control multiple devices with a single remote. Sadly, it doesn’t always work as intended. ARC cables were designed to fix this buggy system.

What is HDMI ARC?

An ARC cable can make your home theater system much simpler and easier to use. First, as we already mentioned, with an ARC cable, CEC technology will work as intended. You can use a single remote to control multiple devices, all through your TV. Depending on your manufacturer, you may need to go into your TV’s settings to activate this. If you’re not sure how it works, a quick look at your owner’s manual should clear things up. Once everything is connected and CEC is turned on, you’re good to go. You can use your TV remote to control devices like A/V receivers, or even soundbars.

Depending on your devices, an ARC cable may automatically recognize when your external speaker is powered on. This can be a very helpful feature, since you won’t have to manually change sound output. On other TVs, or with other speakers, you may need to select the external speaker option from your TV’s menu.

Another advantage of ARC is that it will allow your TV to automatically switch to various input sources. For example, suppose you use a Google Chromecast. If you click the “cast” button on your phone or tablet, the TV will automatically switch inputs. The same functionality is available for other devices like Blu-Ray players as well.

As we alluded to earlier, your exact performance will depend on each component. For instance, some brands don’t support CEC, while others implement different versions. One way to avoid this is to use all your equipment from the same brand. If you’re mixing and matching brands, a quick Google search should tell you whether or not they’re fully compatible.

Another advantage of ARC is that it can make your cable connections less complex. The reason is that it can transmit an audio signal in either direction. This feature is clutch if you use an A/V receiver. Without an ARC cable, you need to run an HDMI cable from your receiver to your TV. Then you need to run a separate audio cable from your TV back to the receiver. This can be inconvenient, to say the least. With an ARC cable, your TV will receive the signal, then send the audio back to your A/V receiver for output.

That said, many TVs aren’t capable of handling audio as complex as you’d like. They compress the audio signal before outputting it. As a result, you’re not getting the best possible sound through your ARC cable. With an eARC cable, you won’t have to deal with this issue. You’ll get the uncompressed, full-resolution audio signal, instead.

What is HDMI eARC?

eARC stands for “enhanced audio return channel”, the latest version of HDMI 2.1. It’s primarily designed to get the best possible sound from your TV output. Before we go further, remember what we said earlier about compatibility. An eARC cable will work with any TV. However, if your TV or audio device doesn’t support eARC, you’re not going to get the benefit. In addition, for eARC to work, the cable must support Ethernet. If you’re not sure, any Ultra High-Speed HDMI cable will support Ethernet.

Before eARC, you would have to do some jury rigging to get the most out of advanced sound systems. For example, suppose you have a Dolby Atmos or DTS:X surround sound system. You’d have to plug your source device, such as a Blu-Ray player, into your TV using an HDMI cable. Then you’d have to connect the audio out port on that source device to you’re A/V receiver or soundbar. And after all that, you’d still have to mute your TV or turn the volume all the way down. 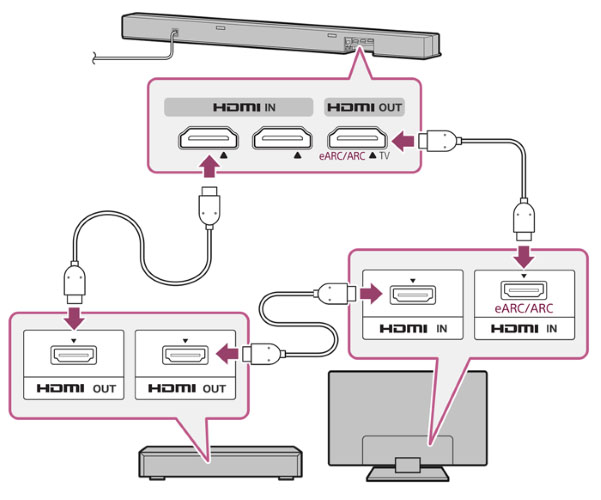 Not only was this inconvenient, it could lead to sync issues. If your TV and your audio device didn’t process at the same rate, dialogue would look weird. The sound or the video would lag a few milliseconds behind the other. It wasn’t off by a whole lot, but it was enough to get annoying. The high bandwidth and low latency of HDMI 2.1 ensures perfect sync in an eARC setup.

The eARC standard is relatively new, but when it catches on, we’re going to see a wave of new devices. In particular, it might make your A/V receiver entirely obsolete. Without the need to split and combine signals, you could use a soundbar or amplifier all by itself. Not only is this kind of setup very convenient, it can also save you money. After all, you won’t have to buy as many components.

With all of that being said, there’s simply no reason to avoid buying a receiver if you want one. Full incorporation of eARC is years away. Unless you want to hunt for a full entertainment system that’s all eARC-compatible, it’s not worth the effort. Why replace your entire entertainment system when you can buy it piece by piece?

For the time being, ordinary ARC should be more than good enough for most people’s needs. For the most part, it does everything you need it to do. You get full compatibility between all your devices and a single remote. You also get cleaner cable setups, mitigating the rats nest behind your entertainment system. Your devices will even “talk” to each other, so your TV will automatically know which input to use.