Console controllers have never compared to a good keyboard and mouse. It’s likely that PC controls will always outperform even the best handheld controllers in the world. That’s the reason why people have been trying to use keyboard/mice controllers on their gaming consoles for decades. You can find examples as far back as the original Xbox, and further.

But as with any type of gaming peripheral, finding a keyboard/mouse controller for consoles can be hit and miss. You have to think about what are essentially two separate peripherals that have been packaged into a single unit. That makes it pretty important to pay attention to the details. 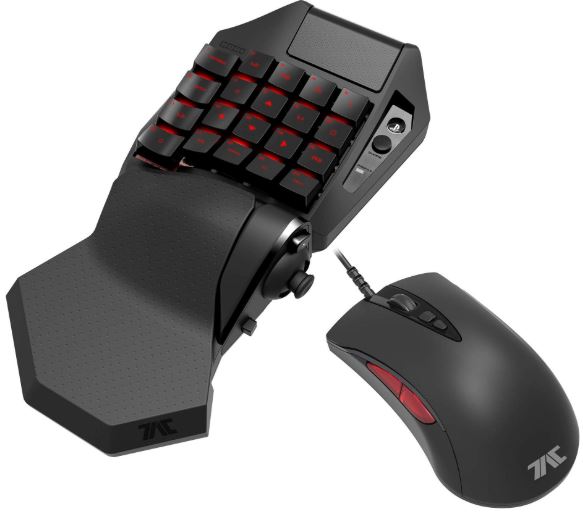 The HORI Tac Pro M2 was made for the PS3 and the PS4. It can also be used on a computer, though it’s a small mystery why you would ever consider doing that. Perhaps more importantly,
controller was made with official licensing from Sony. But what does that mean, exactly?

It means you don’t have to worry about individual games having support for these peripherals. If a game will play on your PS3 or PS4, then you can play it with the HORI TAC Pro controller. Even though it looks nothing like one, your games will basically read this as an ordinary controller.

Why Keyboard and Mouse?

Imagine this. There’s a brand new AAA game that was just released. It’s a shooter with an online multiplayer mode. Naturally, the game developer wants to offer the largest possible pool of players for online matchmaking. Because then players could find multiplayer matches quicker, everyone gets to enjoy better latency, and so forth. There are all kinds of advantages.

So why do game developers prevent PC players and console gamers from playing with each other? It’s because the moment you let them into the same matches, the game is totally ruined for the console players. Anytime it’s ever been tried, PC players have wiped the floor with anyone who’s using a standard game controller.

Because a mouse and keyboard are far more precise instruments than even the best gaming controllers out there. For example, when you look at popular games like Overwatch, you’ll find that game developers have to balance the PC version and console version of the game separately. That’s how much of an advantage we’re talking about. It’s a pretty big deal.

For one thing, they’ve made something that resembles an actual gaming mouse. There are actually four buttons extra in total, including two thumb buttons and two buttons positioned beneath the scroll wheel. All programmable, of course.

You have to keep in mind that the HORI TAC Pro Type M2 is actually an emulation of a controller. Specifically, the mouse was made to emulate the right analogue stick of a PS3/PS4 game controller. That means you’re not really playing with a mouse. From a technical perspective, it’s more like you’re playing with a very fancy joystick that looks like a mouse.

To its credit, the mouse offers an adjustable DPI with a maximum setting of 3200dpi. If you know anything about gaming mice, that’s actually much better than it sounds. Gaming mice often support absurd levels of accuracy, like 10,000 dpi.

What makes that so ridiculous is that most pro gamers end up playing around 400dpi or 800dpi. Because there are actually very few instances where you really need to turn your mouse up to those kinds of sensitivity settings, so being able to swing out towards 3200 is more than enough. 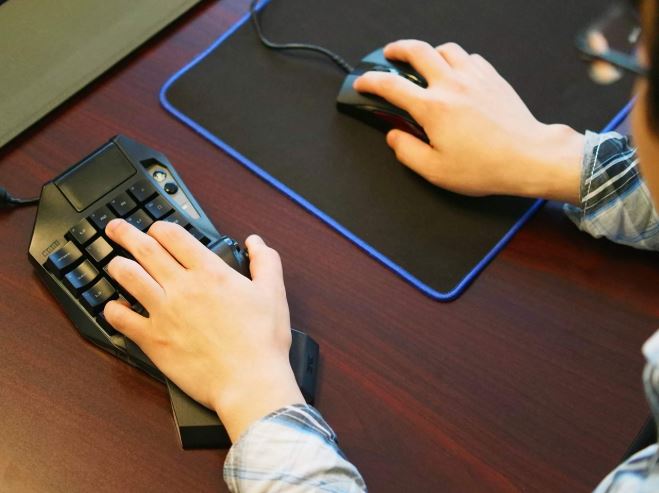 The keypad provides a 16-key WSAD style interface, composed of arrow keys. All of the keys have been labeled to correspond to a PlayStation controller. For instance, you’ll find the square and circle buttons on opposite ends of the keypad. But those are only the default key positions, you don’t have to keep them that way.

The switches are mechanical, which gives them a nice tactile feedback. They’re not the loud and clicky type, either. But mechanical switches are still mechanical switches, they do make some clattering noise if you start slamming the keypad with rapid motions. It might be necessary to install some O-rings to dampen the sound, depending on your playstyle and how much the sound of a keyboard bothers you.

Note, this isn’t an ordinary keyboard, it also has basic PS3/PS4 controls so you can interface with your console as though you were using a regular controller. And similar to a PS3 or PS4 controller, there’s a headset input right on the pad. Additionally, the keypad includes a built-in adjustable palm rest. It can be flipped upwards or downwards to better accommodate the wrist size and angle of the wearer.

HORI gets plenty of style points, too. It doesn’t take long to notice these aren’t only mechanical keys, but backlit mechanical keys. It looks pretty stylish and it helps keep you in control when you happen to be in a darker environment. Some people are totally familiar with using these types of controls, but others aren’t, and the extra visibility in the dark can help.

Of course, like any good LED setup should be able to offer, these lights can be disabled as needed. In fact, the backlighting only provides room for one small complaint. That complaint is that these are not RGB LEDs. They are red LEDs, and you’re not able to change them between different colors. That’s certainly quite different from PC gaming. 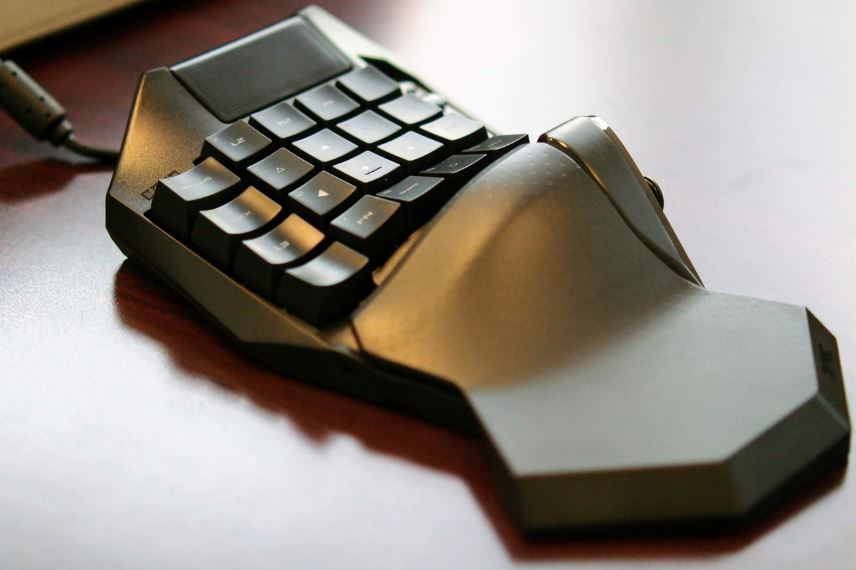 HORI often add a few extra gaming features along with their peripherals, and the TAC Pro M2 was no exception. This keypad can be used to trigger the snipe & walk feature, which reduces the intensity of your mouse sensor for increased precision sniping. There’s a similarly powerful adjustable dead-zone feature, full access to mouse acceleration settings, and an ADS lock.

It’s also easy to give HORI credit when it comes to setup. That’s largely because they managed to get official licensing from Sony, so it’s essentially impossible to find compatibility issues. Plug the keypad into your console, and then plug the mouse into the keypad. That’s it, you’re ready to play. No extra drivers to install, and no extra hoops to leap through. 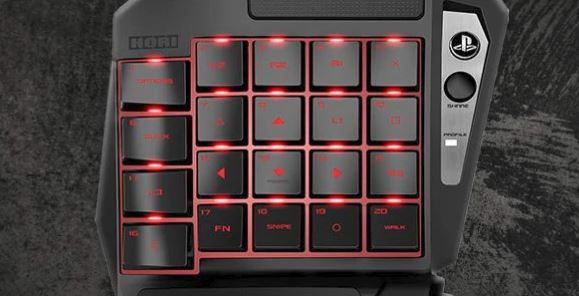 Limits of the Mouse

Sadly, this mouse still leaves a bit to be desired. In fact, this mouse is arguably the weakest feature of the HORI TAC. Even if you decide to boost its sensitivity to the maximum setting, you still can’t get its accuracy to compare to a real mouse. For aiming at a distant enemy you will find the accuracy is much better than trying to aim with a console controller.

For aiming up close? It’s a bit of a struggle. Precision motions are great. But rapid snapping motions? Not so much. PC gamers who are used to making those kind of rapid snaps with their aim will be distressed, and potentially find this a bit off-putting. Even when you’re trying to do something basic like turn around, things can feel a little clunky.

That can be a bigger problem in some games more a than others. A game like Destiny, where you’re trying to run through narrow corridors, might lead you into some frustration. The mouse is somewhat better for a game like Call of Duty, where you can basically just run forward with your guns blazing, or setup a sniper position and hold your ground.

Both the keypad and controller are made from ABS plastic, so they’ll gradually develop a worn look as you power on hundreds of hours of play. Since this is the same material used to construct regular PS3/PS4 controllers, you should already have a pretty good idea about sturdiness.

Technically speaking, this game controller could be used on your PC. I’m not sure why you would want to do that. After all, if you’re using a PC, why not use a regular keyboard and mouse? But perhaps your keyboard doesn’t have a comfortable wrist rest, like the one used by the TAC Pro Type M2.

It’s also worth noting you can use the HORI Device manager app to save your own special key layouts and sensitivity input settings for user profiles. 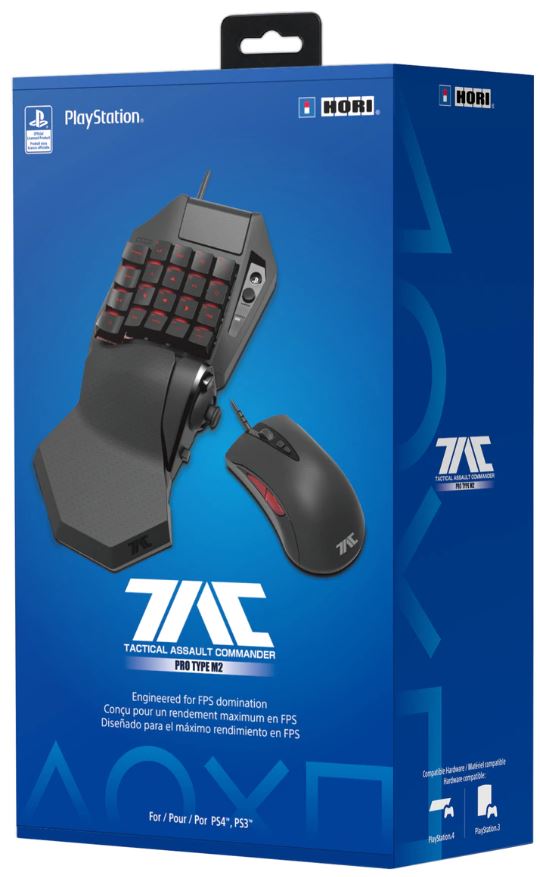 Who Should Choose the HORI TAC Pro Type M2 Controller?

The least attractive part of this controller is its price. Why is it so expensive? It has to do with the mechanical keypad. Experienced gamers know mechanical keyboards are really the only way to go, but mechanical boards are not cheap to construct. You could certainly save a few bucks if you were willing to settle for a mushy-feeling keyboard.

If the mouse could perform like a real mouse, the M2 would be an essential for every console gamer, especially people who enjoy FPS. However, the mouse underperforms a little bit because it’s not a real mouse, it’s just a controller joystick that’s in the body of a mouse.

The underperformance is something you can get used to over time, and it’s something that’s situationally superior to a standard game controller. As long as you don’t expect to end up with a 1:1 recreation of a PC mouse, the HORI TAC Pro Type M2 is worth picking up.