Cameras that track their environment are only a couple of years old. As far back as 15-years ago, you would’ve had to manually program your own camera to do something as trivial as color-recognition.

But over the past couple of years, the need for cameras that can cooperate and communicate with other electronics has skyrocketed alongside the popularity of drones and similar robotics. By tracking visual features within the cameras environment, these next-gen cameras are capable of guiding robotics through various spaces with a high degree of accuracy.

Picking a camera that you’re going to be using robotics is a bit different than picking a camera you’re using for snapping selfies. Because if machines are supposed to be reviewing the camera for data, then you may want to construct your camera to look at the world a little differently than the way it looks for human perception.

Intel’s RealSense technology is supposed to help reshape the way we interact with our devices, and more importantly, the way our devices interact with the world around them. That’s because it allows machines to better understand, interact, and even learn from the environment around them. Of course, different machines will have different depth sensing needs. Some are looking out across great distances, others hardly need to see a few inches ahead.

The RealSense is for use in drones, robotics, and other similar installations. Because the T265 is a tracking camera that uses a small form factor alongside some low power consumption. It’s supposed to provide the kind of tracking support that people want without detailed configuration required, right off the shelf. Sort of a plug and play solution, you could say.

Things to Keep in Mind

RealSense cameras are usually pretty easy to pick between. The D-series are often favorites for people who are looking for something that can work out of the box. That’s mostly because they’re supported with higher frame rates, stronger resolutions, and an overall greater RGB quality. So for someone who really can’t skimp on any of the essential elements of strong cam performance, that’s clearly a lot of strengths.

But the T265 is a bit of an exception to the longstanding trend of ease-of-use favoring the D-series. It offers basically everything you might otherwise want from the D-series, except in a much more modern format, and in a way that’s much more approachable for novice users.

And though approachable for novices, the T265 still brings to the table a full range of developer access options, allowing you to easier integrate the camera into the platform of your choice. That include support for Linux, Windows, and MacOS.

Moreover, the RealSense SDK can be manipulated using Python, Node.js, C++, and others. It also integrates well with Matlab, PCL, Unity, and a variety of to her development technologies. You could almost characterize that as universal support.

The T265 measures 1 x 4.3 x 0.5 inches, with a body that closely resembles the body-type of most Logitech webcams. It’s got an elongated build that looks like it would be quite comfortable sitting atop basically any PC. The camera measures about two ounces, so the featherweight design is quite good for taking from place to place, as may be the case when using a laptop or similar portable device alongside the T265 Webcam.

Additionally, the T265 was made with cross-platform support, granting it a developer friendly design that allows for localization and mapping within drones and similar robotics. That makes augmented reality mapping, prototyping, and similar projects much easier. 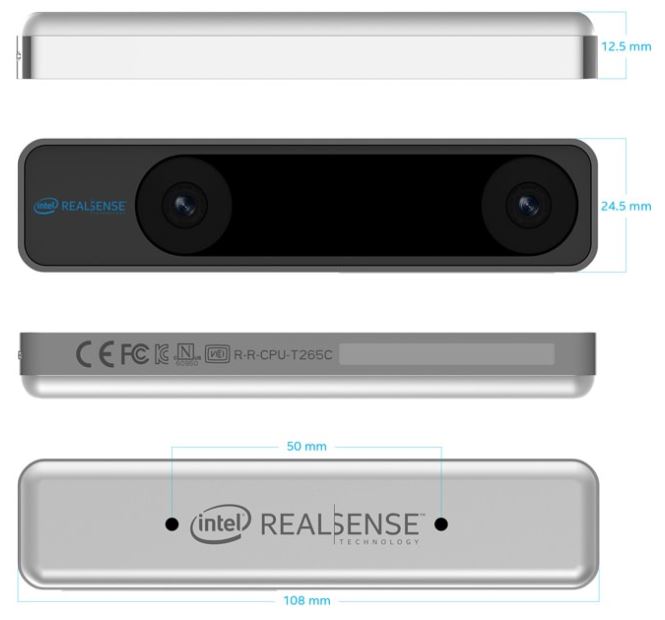 Since it weighs so little, about two ounces, the camera won’t weigh down your prototypes. Even when you’re using the heavier included accessories. Speaking of included accessories, the Intel RealSense T265 Webcam includes a pair of fisheye lens sensors which can be easily swapped over the default lens.

Internally, you’ll find this RealSense cam supports its own IMU and VPU, which are there to operate the v-slam algorithm. Since you’re getting computing power out of the camera itself, that helps enable very low latency in all your interactions with the device. It also makes things less computationally intensive for the other components within your system.

If you’re not familiar with SLAM, it’s the simultaneous localization and mapping technology behind the T265. It’s supposed to help a device construct and update an increasingly accurate map of a previously unknown environment. The T265 uses the latest iterations of this technology, and alongside USB 3.1 support, it’s pretty clear they intend to have this firmware continue to be updatable into the distant future.

Like basically any modern RealSense camera, the T265 is capable of tracking its own location inside of the environment which it is mapping. That kind of mechanical self-awareness can be either very useful or absolutely essential, depending on the sort of tasks you have in mind for the T265. Someone who’s trying to survey a wooded area will definitely want something like the T265 to help them along. Because the camera is capable of being smart enough to not fly head-on into a tree. But how about using this so-called webcam when you’re working with a more involved and hands-on problem? 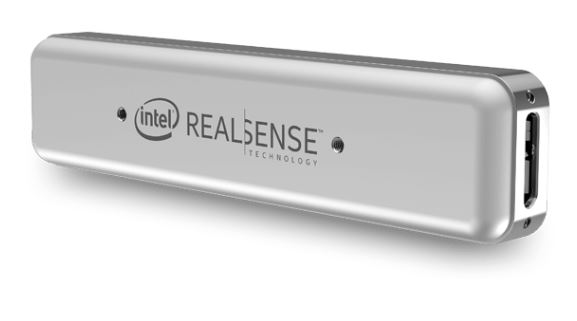 Long ago, years before GPS was something we could rely on, sailors would do their navigation by following the stars in the sky. That’s because with the help of some objects at a fixed distance, it’s possible to track motion. The Intel RealSense T265 Webcam makes use of multiple cameras to help it develop a better sense of depth perception, and in turn giving it a much strong ability to work through an environment safely.

Since it uses two eyes, the T265 is actually a little bit like human sight. Of course, unlike human sight, the V-slam is also incorporating a bunch of inertial measurements captured by other sensors within the camera. So the T265 doesn’t navigate in isn’t exactly the same way as sailors used to do it, but the fundamental principles are still the same. It sights an object and uses to help better understand the environment around it as it continues to navigate through the world.

The RealSense vision processor is makes use of a variety of different advanced algorithms to process image data, which is what allows it to then compute high resolution 3D maps, basically in real time. And that’s possible without the need for a dedicated host processor or even a dedicated GPU, which allows your system to free up bandwidth for other tasks.

If you know what you’re doing, it’s possible to get this camera to do some pretty impressive things. Especially if you decide to place it onboard drones to help automate one of their features. But really, the sky is the limit when it comes to a RealSense camera because you’re working with an open-source platform. 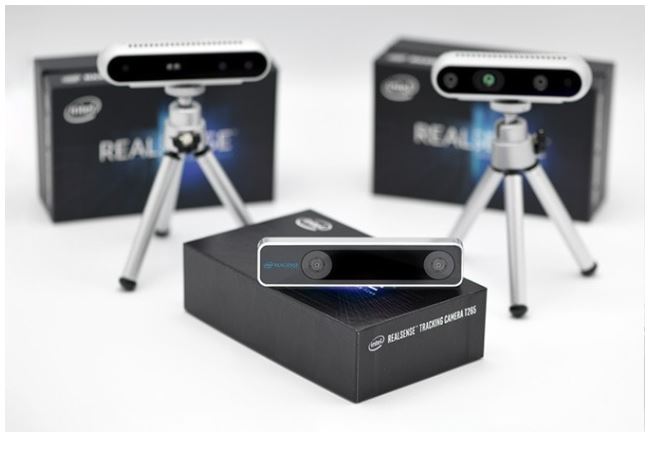 If you’re not familiar with what open source software is all about, the general idea is that anyone and everyone is allowed to view the code on which this device is built. Not only to view it, but to interact with and change it as needed. At least, provided you know your way around the software.

But an open source design isn’t only attractive to coders, it’s actually attractive to novice users as well. Because it means you can make use of kits created by other developers and deploy them on your own gear. There are also some privacy advantages of open source software. You don’t have to worry about your camera being used as spyware against you, for instance. 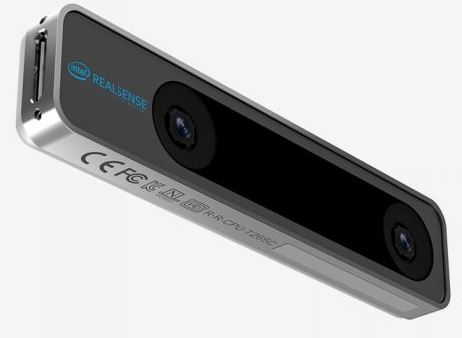 The only real complaint someone might have with this camera is the price. Because Intel has this market somewhat cornered, they’re allowed to command slightly above-average prices for cameras like the T265. Of course, there’s nothing wrong with paying for the best, especially if you’re going to be able to save some time in the process. And the T265 is nothing if not a timesaver.

Who Should Choose the Intel Realsense T265 Webcam?

It’s a little bit strange that Intel decided to call this a webcam. It has the superficial appearance of a webcam, and it’s a camera, but that’s really where the similarities come to a close. Everything about this camera is focused on the fact it’s a RealSense device. From the physical form factor of the device to the software it supports, nothing about this screams webcam. Apart from the appearance.

How well the T265 will work for your particular application at least partially depends on you. There’s no one-size fits all kind of solution for a RealSense webcam, and maybe you really will end up using it as a webcam. But the T265 certainly does have its own well defined niche. And someone who’s looking for the most basic and simple camera they can possibly get their hands on will not be well served by the T265. 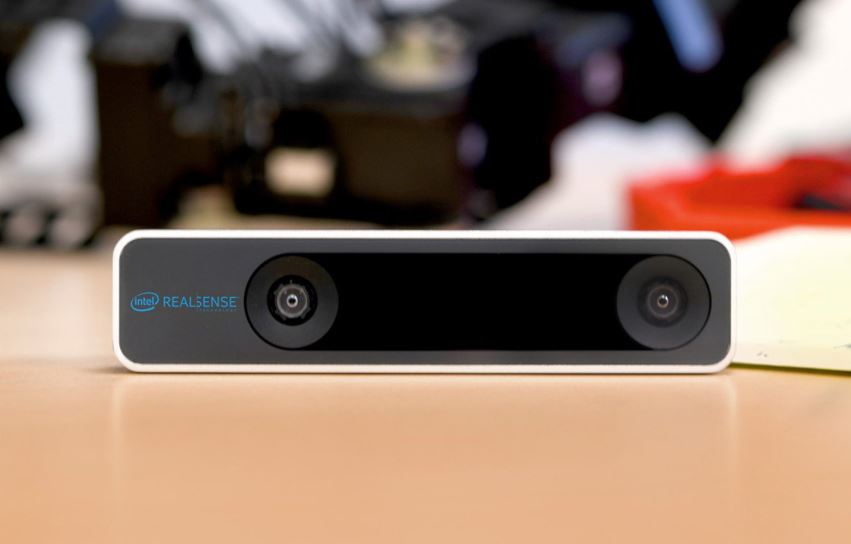 Because this thing is reasonably well-loaded with options and added features. Between the swappable lenses and the featherweight design, the T265 will certainly be accessible to a lot of different types of people working on a lot of different types of projects. Though the in-depth customization you can do with this camera isn’t appreciably much better than the kind of customization you might get with others, neither is it worse.

All in all, for people who are looking for a plug-and-play RealSense camera, the T265 will probably work quite well. It’s incredibly lightweight. It’s easy to install and configure, and the webcam itself will do most of the heavy lifting when it comes to mapping and topography. If the price doesn’t scare you off, this thing shouldn’t be a source of disappointment.