High quality audio can burn through a lot of electricity. In the interests of being portable, it would be a little ridiculous to build Bluetooth speakers with a 5-pound laptop battery. Similarly, you’ll find it’s easier to get great audio under specific conditions. The acoustic properties of a room will change from one space to the next. And it’s much easier to get quality sound out of large speakers than it is small ones.

In short, the odds are heavily stacked against Bluetooth speakers. We live in a world where the best conditions for audio equipment involve limitless power, giant audio drivers, and static positioning in a secure room. And those are just a handful of the challenges Bluetooth speakers have to overcome.

But with smart design, you can get a lot of sound out of a little speaker. Deciding on the right Bluetooth speaker is largely a matter of having some ideas about how you intend to use your gear. Knowing how you plan on using your speakers can better prepare you to find equipment specifically suited to your needs. You’ll even save some cash along the way by avoiding unnecessary features.

At some point in your life, you’ve probably been hiking a trail, walking along a beach, or otherwise out in the world where you wish you had sound with you. Thirty years ago, that would’ve meant hauling around a 15 lb boom-box, and operated by disposable batteries heavier than your smartphone. These days, Bluetooth speakers make bringing along your music about as difficult as carrying a bottle of water.

The Jam Double Chill is a good example of truly portable audio equipment. The Double Chill is the middle child of the Jam Audio Chill Series. It’s not quite as large as the Zero Chill and its dual speaker design, but it is a tad larger than the unidirectional handheld Chill Out. In short, the Double Chill is for people who are on-the-go, and want a speaker that’s a tad more powerful than what’s on the back of their smartphone. 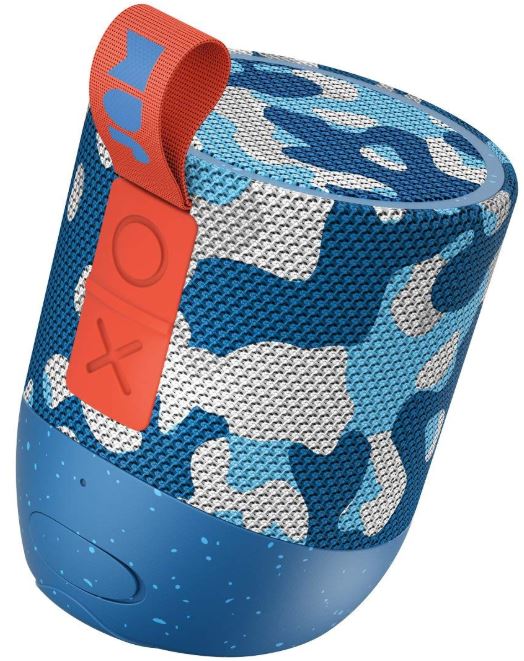 You always want your audio to sound as nice as possible, but sometimes audio quality isn’t entirely the point. People spent decades enjoying standard video and audio resolutions, and continue to do so. Sometimes you don’t need to bring a concert-quality speaker with you, especially if you can nearly double your battery life in the exchange. The Double Chill aims to provide reasonably good audio quality, but with most of its design emphasis on portability and extended use. 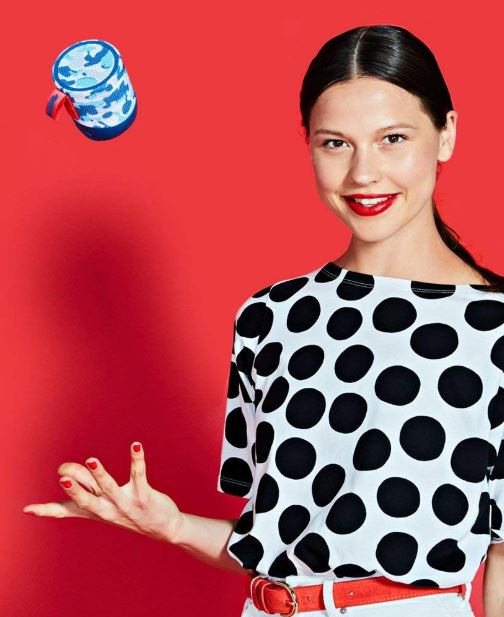 Like with the Chill Out, the Double Chill makes use of a mono 3W audio driver. It’s been paired with a passive radiator speaker, which helps provide a louder and more spacious sound than you’d get from the same equipment planted on the front side of a television. The combination of these two produces sound quality a solid step above what you’d ordinarily be able to achieve from a 3W driver.

Compared to the speaker on the backside of your smartphone, it’s the physical size of the Double Chill that allows it to produce substantially better audio than you’ll ever be able to get from small devices like a smartphone or tablet. Of course, size is relative. The Double Chill is big compared to a smartphone, but it’s still quite small. The 4.5 x 3.8 x 5.1-inch build fits comfortably in your hand, and even prolonged hand-held use is comfortable thanks to the Double Chill weighing no more than 1.5 pounds.

Like the other members of the Chill Series, the Double Chill is built to be IP67 waterproof protected. That rating indicates the Double Chill is equipped to be submersed for up to one meter for half an hour. People looking to have fun at a pool party won’t be disappointed, and those who are only looking for protection against rain and puddles end up happy as well. 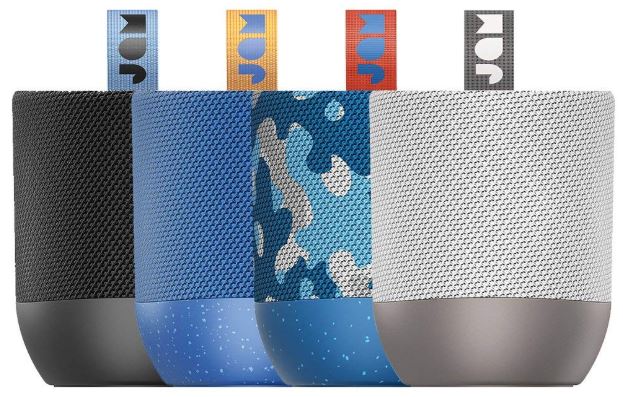 The entire Chill Series offers high ease of use from the very start. Much of that comes down details, like the way its USB cable stores inside the base of the device. But the biggest contributors to the Double Chill’s ease of use are its portability and extensive connectivity. The hanging fabric loop attached to the topside of the Double Chill makes it easy to carry or hang, and the IP67 protection can take care of the rest. While the Double Chill isn’t quite as handheld and portable as the slightly smaller Chill Out, but they’re certainly in the same neighborhood.

Another feature shared among all of the Chill Series is the integrated USB charging cable. The cable pulls out of the base of the Double Chill, and then can be retracted into the unit for storage. Being able to store the cable in this way makes it easy to never forget your cable, lose your cable, or have to worry about carrying a loose wire along with you on trips. 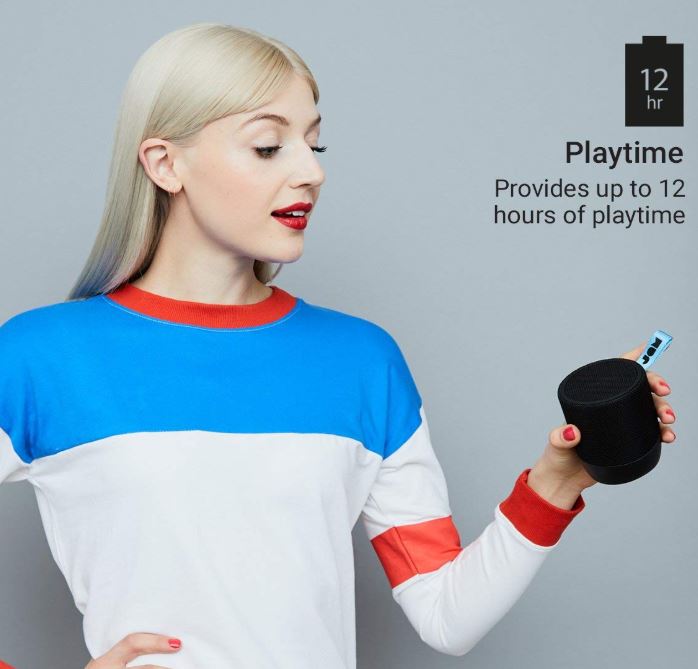 Many portable Bluetooth speakers claim to provide huge battery lifespans, but the Double Chill actually delivers. As the middle child in the Chill Series, the Double Chill has the second most powerful battery of the bunch. Its battery is estimated by Jam to provide 12 hours of continuous audio playback. What you’ll actually get will depend on volume levels and other factors, but shockingly the 12-hour estimate is pretty close to home. Because the Double Chill uses a mono speaker and a passive radiator, it’s capable of running on exceptionally low energy relative to the sound that you’re getting.

Like all members of the Chill Series, the Double Chill boasts an impressive 100 feet of connectivity. It delivers on an overall higher degree of portability than many of its competitors because even if you’re not using every foot of that connection range, you’re still enjoying a stronger signal. 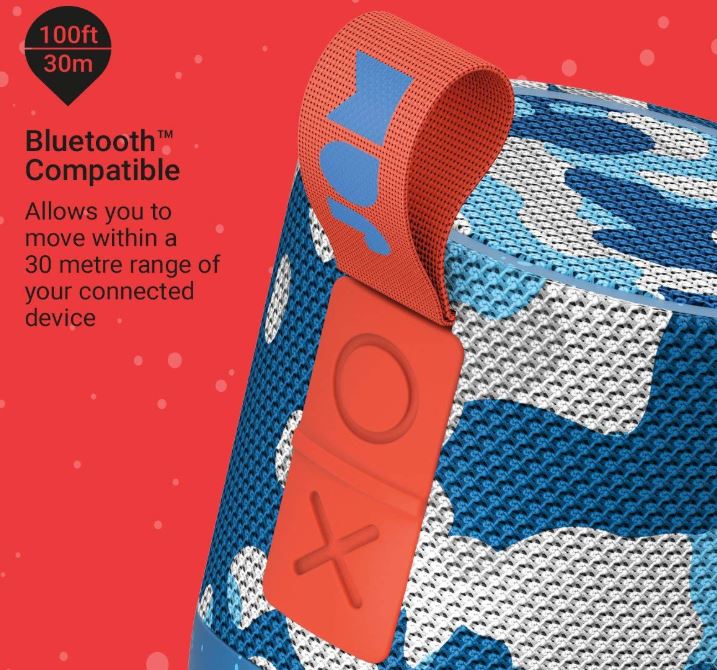 The addition of an aux-in 3.5m port means you don’t need Bluetooth to use the Double Chill. Just pair up with a 3.5mm cable and you can play your tunes even when Bluetooth isn’t available. And because you’re not using Bluetooth, you can get considerably more battery life using this method. The already strong 12-hour battery estimate could be stretched even further than what Jam Audio predicts.

People don’t select mono speaker equipment because they’re looking for top quality sound performance. Without the use of two channels, more commonly known as stereo, audio equipment isn’t going to be able to produce a sense of directionality and depth. You can maintain crisp audio that’s fun for listening to music, and provides clear listening to podcasts, but there’s no escaping the fact mono has its limits. 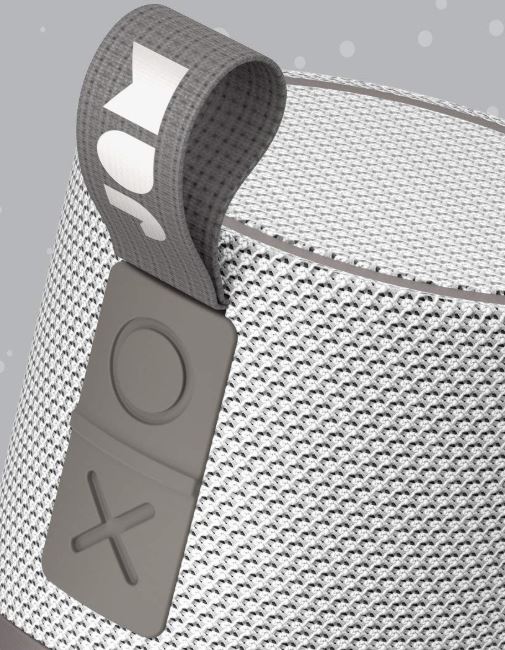 Within those limits, the Double Chill sounds fairly good. It’s about one step above the kind of speakers you’d find on the back of an ordinary 40” television. It would be unreasonable to expect magnificently rich bass or exceptionally crisp high-tones from 3-watt audio equipment running on a portable battery. But the tones present are more than enough for the kind of activities people use portable speakers for.

The Double Chill can be paired with another in the Chill Series. That provides some degree of expandability if you get the Double Chill and decide to grab another, or give one as a gift to a close friend. When combined with another unit, you can create channel separation for full stereo, or play them together to boost the volume. But rather than ordering two from the start, it would be worth taking at the largest member of the Chill Series.

All of the Chill Series portable Bluetooth speakers are available in black, blue, gray, cream and camo. The specific hues they’ve selected for each unit match up well, which makes pairing all the different colors stay within the Chill’s particular aesthetic. 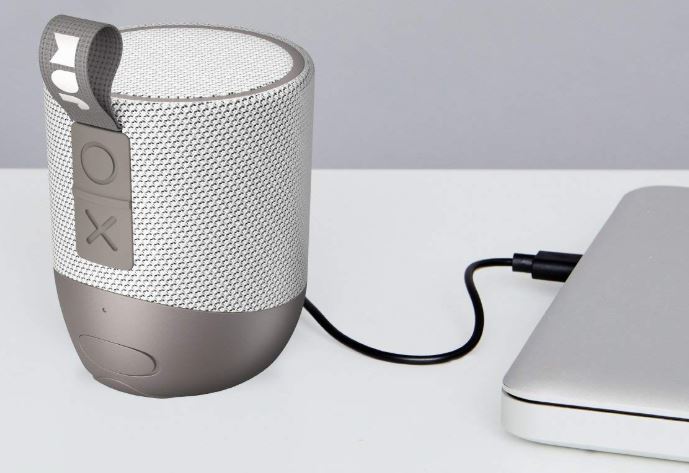 Who Should Choose the Jam Double Chill?

The Double Chill is made with specific uses in mind. It’s not the optimal choice for creating a home theater. The Double Chill is for people who don’t just like wireless, but actually need the portability of a Bluetooth speaker. It’s for someone who wants to be able to take sound with them wherever they go, and not have to worry about burning through the battery in a few hours.

The Double Chill isn’t going to fill an entire house with booming audio. It’s more in the ballpark of a small TV. To that end, it’s great for hanging out with friends and turning an outgoing into a small party. Being able to pair up with another adds some expandability. The Double Chill is a strong choice for someone who actually needs an entire day’s worth of battery.