Choosing a portable speaker is about balancing on-the-go needs against the basic qualities you want from a sound device. Things like portability and battery life are a good start, but it doesn’t matter how many neat things your Bluetooth speakers can do if they ultimately don’t sound good.

Finding the right audio equipment isn’t quite as simple as choosing a TV. It’s not always clear what’s better or best because the answer to those questions change depending entirely on you. It comes down to factors like the acoustics of the spaces you’re using, the types of music you want to play, and how long you need the speakers to play uninterrupted music.

In a saturated market of Bluetooth speakers, it can be tough to stand out functionally or aesthetically. But the Jam Audio Jam Audio “Chill Series” does both. The Zero Chill is the largest of the three, using an elongated design and all the essential distinguishing features of the Chill Series. Combining a relatively sturdy portable speaker with 360-degree room filling sound, the Jam Zero Chill is ideal for creating a party atmosphere. 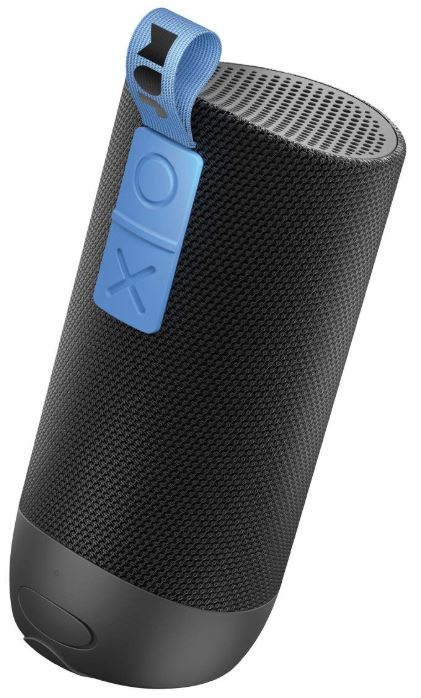 When music is playing and you’re not sitting directly in front of a speaker, the sound waves that reach your ear have collided and bounced off countless surfaces, interacted with other sound waves, and otherwise been interfered with. If there’s music playing inside of a house and you’re standing outside, it’s not simply that the music you’re hearing is less loud, it’s also distinctly distorted.

If you’re playing music for a party and you’re not directly next to the speaker, music isn’t going to sound its best. One way you could fix that problem would be to try and set up half-a-dozen directional speakers in the right spots. But the Zero Chill series has a better idea. It’s built to send sound in all directions, so no matter where you’re positioned in a room, you’re going to hear much better audio quality than you’d otherwise experience with a unidirectional speaker. 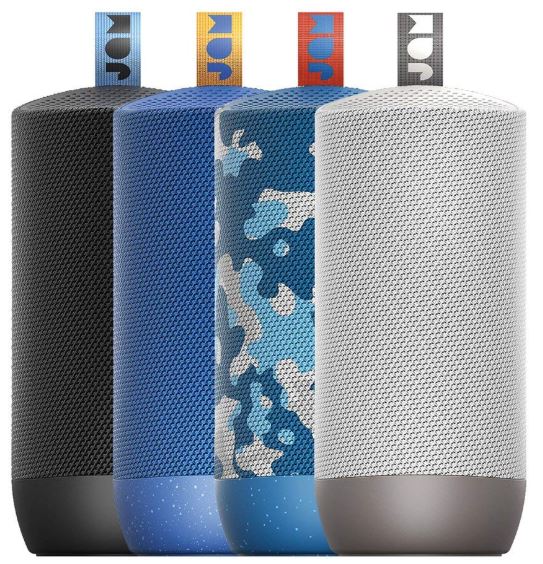 The Zero Chill is the longest speaker in the Chill series, standing at about 4.6 x 3.7 x 8.5-inches. It also weighs the most, at around 2.5 pounds with the battery accounted for. After picking it up, you’ll immediately notice the external casing is considerably sturdy, as though you were holding a metal cage.

And the Zero Chill uses an impressive IP67 waterproof rating. That makes this equipped for submersion for a meter for 30 minutes. You should have no worries dunking the Zero Chill into a pool party, but it’s also pretty clear the Zero Chill was mostly built to endure rain, not life with submarines. You wouldn’t want to go testing the limits of submersion, and you have to make sure all ports are covered and sealed for full protection.

Another thing that’s hard to miss is the distinctive fabric loop built-in to the top of the Zero Chill. That loop makes hanging or carrying the unit exceptionally easy. A higher vantage point gives the Zero Chill a distinct advantage in its ability to clearly send audio to a big area. And aesthetically, the Zero Chill is available in black, blue, cream, gray, and camo. The camo uses a camo-style pattern, but is actually a conglomeration of blue and white. 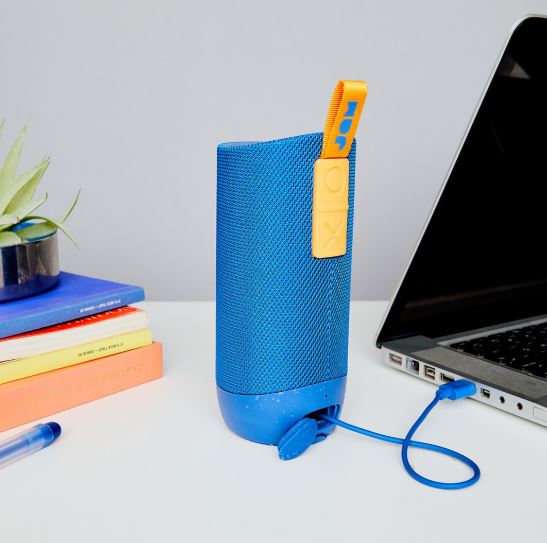 On board controls are incredibly simple, one icon is a circle while the other is a large X. At the base you’ll find the aux-in port, and integrated UBS cable which extends out from the speaker. Both these ports are protected and need their covers to maintain the waterproof rating.

But the one thing that defines the Zero Chill’s ease of use is its integrated USB cable. You can pull that cabling out from the base of the speaker, which means you don’t have to worry about losing a cable, forgetting to bringing it along, or concern yourself with where to place it. After pulling down the cable, you’ll find it pleasantly retracts without much need for harassing it back into place. If nothing else, this decision definitely adds to the portability of the Jam Zero Chill. 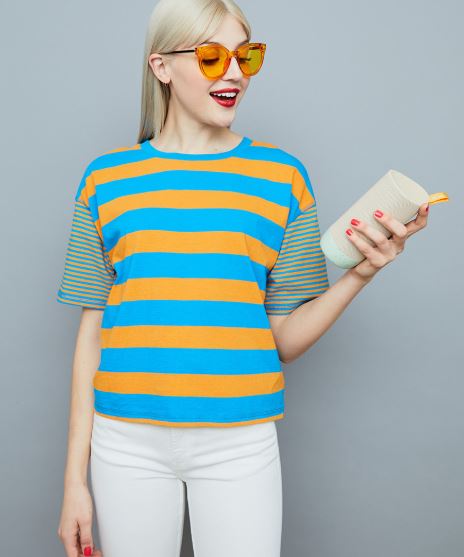 The Zero Chill is the largest in its series, and consequently was built with the biggest battery. Jam Audio has rated the Zero Chill as being equipped for 22 hours of playtime. But it’s important to understand those ratings are based on medium-levels of volume with room temperature conditions.

When it’s particularly hot or cold outside, or you’re using your volume at much higher levels, you’re going to end up with different battery outcomes. It wouldn’t be difficult to find yourself only getting 10-hours of continuous playback, if you were pushing the Zero Chill to its limits. Nevertheless, 10-hours should be more than enough for an adventure or party. 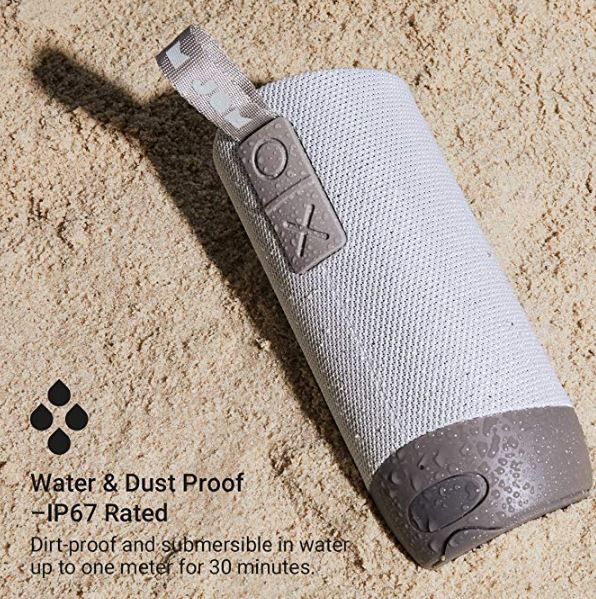 The more standard 30-foot radius used by most Bluetooth speakers can be quite restrictive for anyone broadcasting through surfaces that wear-down Bluetooth connectivity. By the time all the walls in your apartment are counted for, the 30-feet advertised on the box can end up being closer to 20-feet. If you want to maintain sound quality, you often end up with less than that.

Thankfully, one more distinctive feature of the Chill Series is their exceptionally lengthy Bluetooth connectivity radius. With nothing standing between you and your signal, the Zero Chill can achieve 30-meters or 100-feet of connectivity. Those numbers slump down with every object you put between the speaker and its audio source, but their starting point is nearly three times higher than average for Bluetooth speakers.

As the name suggests, this device has Bluetooth connectivity for multiple devices. It’s easy to pair up two speakers from the Chill series and spread out the sound even further. When you want to keep music going in more than one area, like an upstairs-downstairs party, or inside and outside your house, it’s a nice extra feature. Especially given the relatively low cost of the Chill series, many people might end up grabbing a second speaker to round-out their collection. 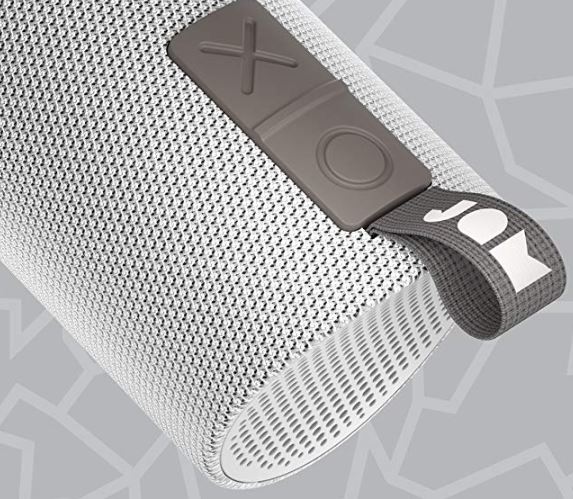 How does the Jam Zero Chill sound? The design has several things going for it. For one thing, it provides stereo sound rather than mono due to the inclusion of dual audio drivers. The build is essentially one driver for each side of the device. But they didn’t stop at two.

The Zero Chill is also built with two passive bass radiators. In other words, the enclosure of the speaker has been specifically designed to help create deeper pitches without the use of electrically powered bass drivers. Energy is passively caught by the motion of the dual audio drivers, and then tuned to help provide a better base response.

It’s a genius design for a number of reasons. Bass can be energy-intensive to create, which is part of why you’ll frequently see subwoofers given their own power source. And bass is uniquely difficult to create from smaller speakers with a highly finite power supply. The resulting sound is distinct, and provides better bass than you’d normally get from speakers this large, and with this wattage. Capable of loud volume, deep bass, clean treble. 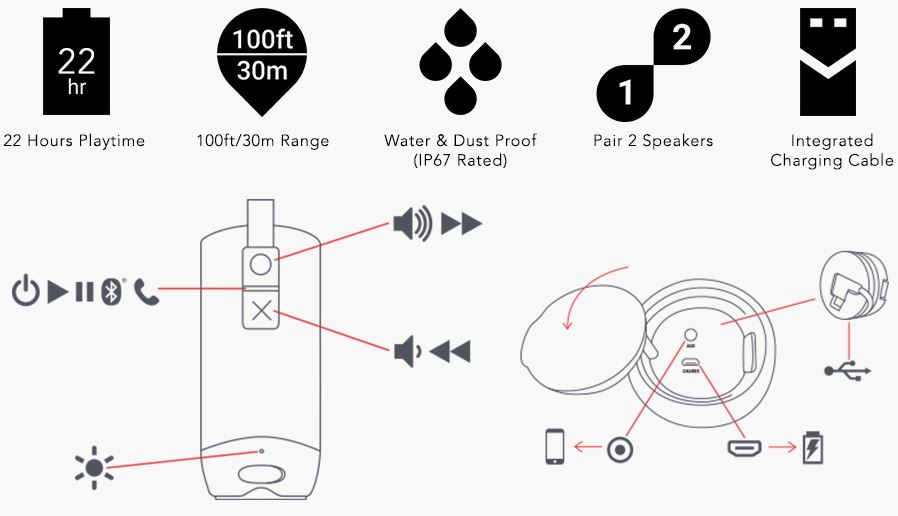 The Zero Chill can double as a speakerphone, and you don’t have to disconnect from the Zero Chill to take a call. The Zero Chill will automatically detect when you’ve got an incoming call, and pause the music before the first ring even begins. When you hang up, the music will get back where you left off. When you make a call, you can dial without worrying about the Zero Chill getting in the way, it helps you go hands free without a problem.

What really makes the Zero Chill exceptional is you can pair two units together. For example, you might have one playing inside your house and another in your front yard. That helps take an already accessible soundscape and makes it easy to keep things sounding great in multiple locations. And given the relatively inexpensive nature of these speakers, it’s affordable to pair up two for a surround-sound like experience. 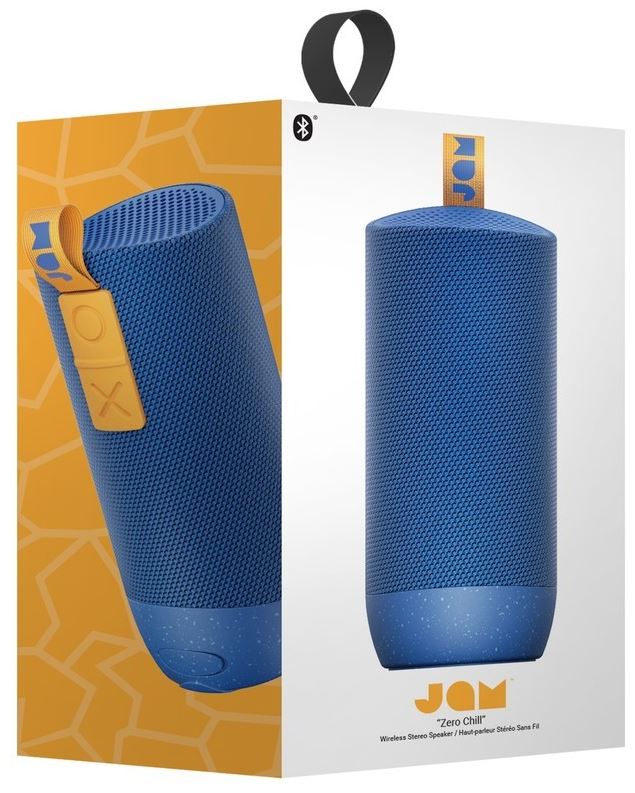 Who Should Choose the Jam Zero Chill?

The Zero Chill has a sturdy construction you normally only see on higher-end products. The IP67 waterproof rating is just one indication of that. It’s a good choice for someone who’s on a budget. It has similar pairing options you’ll find on speakers that cost five times as much. The Zero Chill also has an impressive connectivity distance. It’s a good choice for people who find the ordinary 30-foot radius you typically see on Bluetooth speakers to be a little bit limiting.

The Zero Chill works well in any place you’d normally stick a speaker, but it also includes a fabric loop which makes hanging easy. It has heavier waterproofing than you see in many so-called waterproof speakers, making it ideal for a pool party. The 360-degree sound it produces simply can’t be mimicked by one front-facing speaker. It’s a good choice for someone who wants a versatile speaker that can easily be hung for dispersing audio over big spaces.

If you’re looking for something highly portable, the you might want to try the Chill Out or Double Chill. Both are about half the size of the Zero Chill, and have many of the same essential features. But in the interests of quality sound, you generally want your speakers to be as large as possible. The bigger design of the Zero Chill enables a stronger battery, louder volume, more sound detail, and better bass. If you don’t have a specific reason to go smaller or cheaper, it’s definitely the best of the Chill series.