For many years, resolution was the only thing anyone cared about on a monitor. But we’ve reached a point of visual clarity where resolution is no longer king. Depending on the size of your screen, improving other aspects of design can take precedence. So developers are starting to focus on new kinds of features.

Which brings us to the latest kind of features that have made their way onto gaming panels. Those features are almost entirely aimed at improved color production, especially by creating a wider dynamic range, and covering more of the color palate than usual. Still, combining the features of a gaming monitor and an entertainment monitor does mean there’s more places to make mistakes in the design.

The LG 27GL850 is proof that monitor technology is advancing every bit as fast as other kinds of PC components. This screen combines basically every feature that a gamer might want into one place, and then continues to stack on more features. Is this a perfect display? On paper, it comes pretty close. 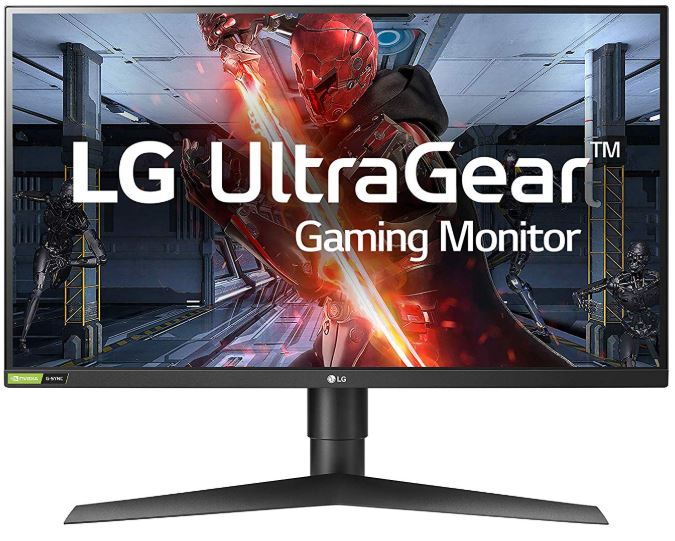 Sooner or later, engineers will develop some even better monitor technologies. LED panels won’t be around forever because there’s always something better around the corner. But having said that, it’s hard to imagine LG’s Ultragear Gaming Monitor losing any of its impressive standing over the next decade.

Because for average monitor viewing distances, they’ve picked an optimal resolution. For dynamic sync, they’ve got a spread of options. And when it comes to wide dynamic range, this monitor is more than capable. But where does it fail, and what kind of things might be improved? 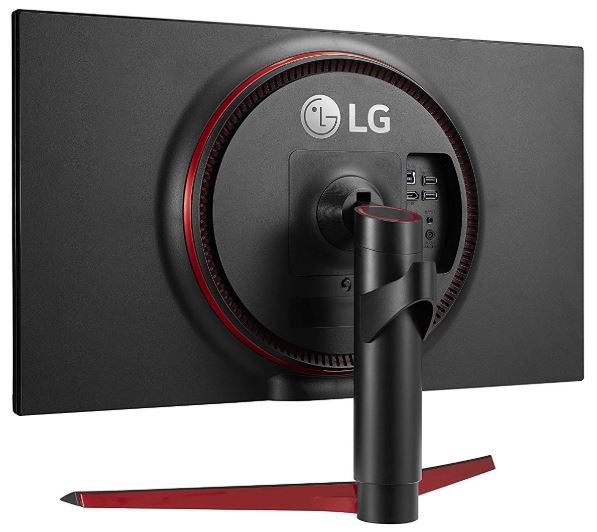 With the stand attached, it leaps up towards 13.5lbs. The stand allows you to change the angle and to pivot the screen. There’s also 4.3” of height adjustment, so you probably don’t need to swap the stand to something else. But if it comes to that, wall mounting is possible using a standard 100 x 100 mm VESA port.

LG rarely makes bold style decisions. Their brand image is more about professionalism and class. As such, the panel is pretty indistinct. The bottom uses a common V-shape stand that doesn’t end up taking up much desk space. Because the arms are stretched so wide, they mostly stay beneath the screen itself. The top of the stand has a loop to help with cable management. This loop runs your wires a bit high, it may have been better to place it near the lower center of the stand. 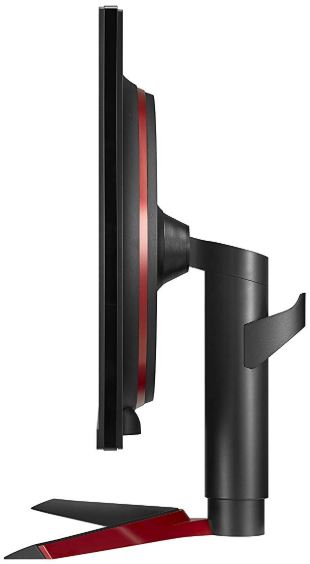 Notably, the 27GL850 makes use of very thin bezels on the top, left, and right sides of the panel. This is a design decision that’s also common for Acer’s top of the line Predator series, too. But unlike Predator panels, the 27GL850 does a far better job of hiding away the analogue control buttons.

Because this is a gamer-oriented panel, there is actually a splash of added style. But it’s all hidden away on the backside of the screen. The backside hosts a number of red highlights, which work as a beautiful accent against the black. The back also hides away several connection ports, including USB ports and audio ports, but we’ll look at those a bit later. There aren’t any LED lights, but those are something you really only tend to see on very high end screens, and they really only exist to remind you that your screen is top-shelf.

For input/outputs, this screen has two separate HDMI ports. That allows you to connect two machines and toggle between them as needed. It also has a headphone out port, which can be useful for people who want the audio port directly in front of them. And there’s also a USB port, running version 3.0 for rapid up-stream and down-stream connections. Finally, rounding things out, there’s also a single DisplayPort. 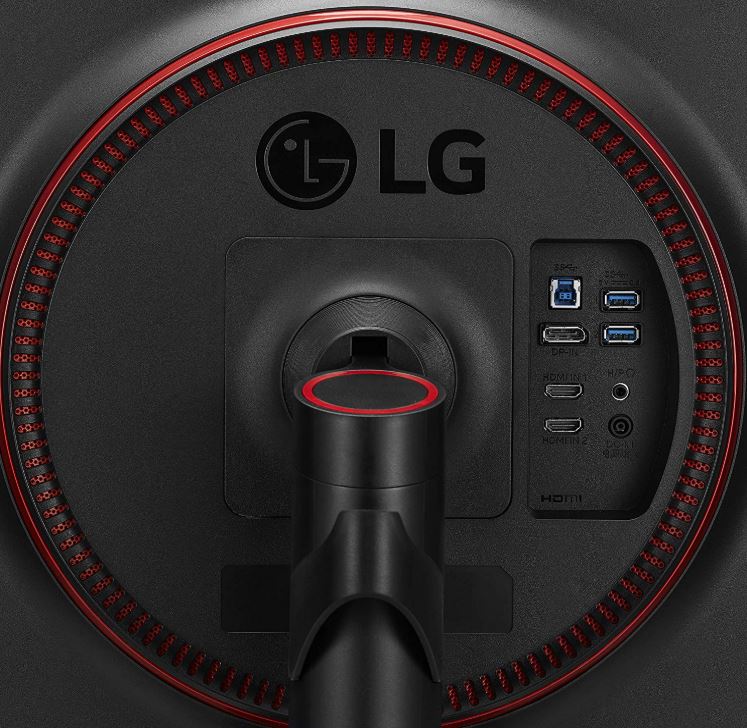 Meanwhile, the power adapter runs separately from the screen. While in operation, the display will usually be chewing through 51W. Though the peak power consumption can reach 65W. That’s actually a tad on the lower side thanks to some smart energy saving tech. And having to run the power brick separately is part of the reason why the screen is relatively light.

You probably noticed, this is a 27” panel. Since they’ve decided to run this panel at 1440p, that makes this size pretty much perfect. Any larger and you’d want to start considering 4K. Any smaller and you may as well be running 1080p. Provided you’re not sitting 11-inches away from your screen, you’re not going to see benefit for pushing to 4K.

This is also an IPS panel, supporting a total of 1.07 billion colors. That’s far better than a lot of gamers are used to having. It’s literally hundreds of times more defined than a typical LED monitor, or a dull TN monitor. Since it’s an IPS panel, you do get a wide viewing angle of about 178-degrees in all directions. 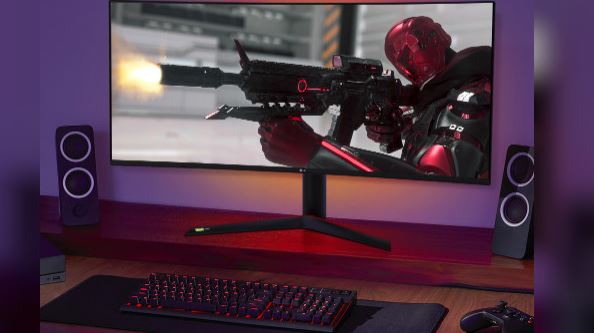 And this monitor is HDR compatible. In fact, it runs the highest of the high dynamic range certifications, HDR10. Running a wider color gamut makes this screen look like a total different viewing experience compared to a regular monitor. Though the added coloration isn’t exactly like taking the leap from TN to IPS, it is a similar experience.

One area of weakness is the contrast ratio, which is a little dim. It can be found stretching between a minimum of 700:1 over to a typical sample of 1000:1. That’s the one area of this monitor that really doesn’t shine because peak brightness just can’t get high enough to escape these intro-level ratios. As such, this monitor is bright enough for the brightness to not raise an eyebrow, but it’s not exceptionally bright.

To balance things out, there is a black stabilizer. This is actually a small part of the reason why a lower contrast monitor can actually be advantageous to gamers. Because a black stabilizer allows you to get better visibility from the games you play. 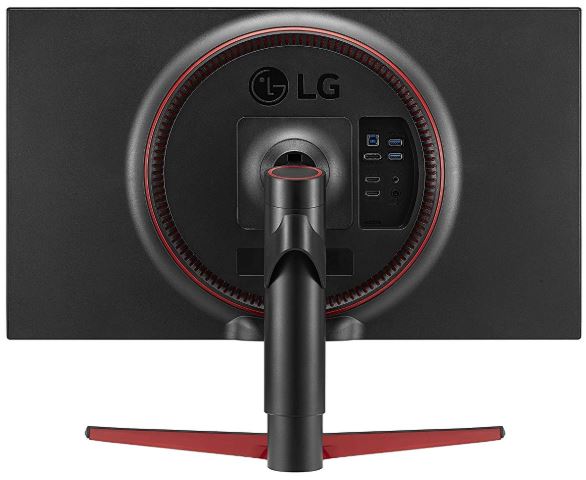 Interestingly, the LG 27GL850 is color calibrated by the factory before they send it off. So it should look its best the moment you take it out of the box. That’s actually a great design decision because it protects people who didn’t realize they should be adjust the color settings of a new monitor. It also saves you the time of having to do that yourself, which can be mildly complex or time consuming.

Outside of coloration, there are also several features aimed more directly at gamers. These days, at the core of any good gaming monitor, you’re going to find an enhanced refresh rate. In this case, the native refresh rate is 144Hz. That really helps to smooth out everything while you play.

But there are also some less common gaming-oriented features that help distinguish this panel. For instance, there’s a crosshair feature that places a red crosshair in the center of your screen. Even if the game you’re playing doesn’t give you a crosshair, you can know exactly where your weapon is pointed. That can be a pretty huge advantage in a variety of situations, especially for a no-scope elimination. 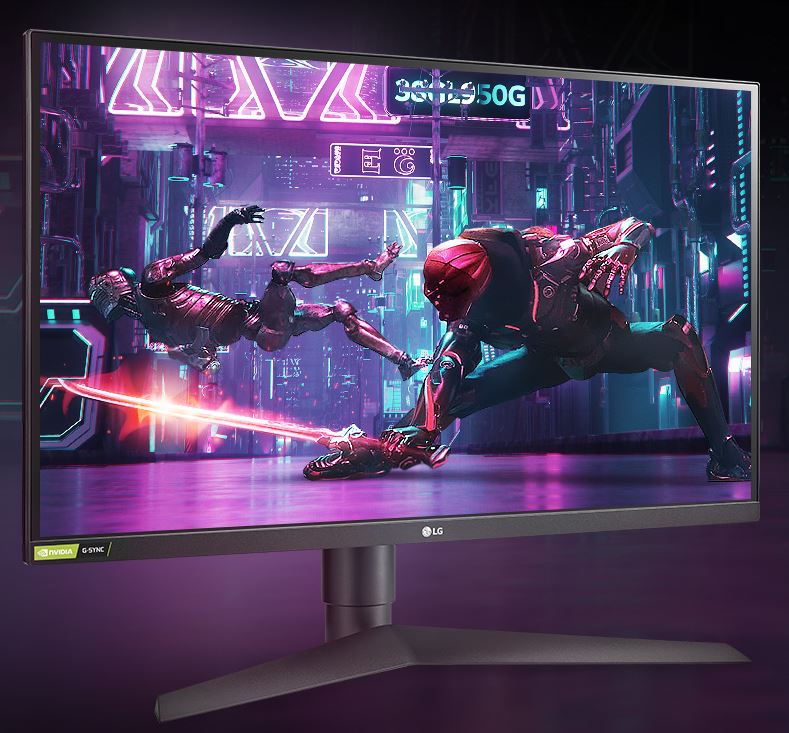 This panel runs a 1ms response time, even though it’s an IPS panel. That’s really impressive. Usually IPS panels are languishing around 5ms or slower. Though response times aren’t something that everyone will appreciate, it can even be difficult to see the jittering and ghosting effects associated with a slower response time. But experientially, there is a small difference, even if it’s hard to pin down sometimes.

What matters more is that this screen has a native 144Hz refresh rate. Many panels claim to provide 144Hz, but only get you there by overclocking the screen. That’s problematic because affecting the native refresh rate of a panel can have the side effect of washing out some of its colors. So it’s nice this panel actually runs 144Hz without those issues.

Plus, this screen supports RADEON FreeSync. And it’s compatible with NVIDIA G-Sync. Until quite recently, those two technologies were mutually exclusive. So the other thing that really defines this as a gaming monitor is the inclusion of both mainstream dynamic sync technologies. For people who are running games at lower framerates, that can make a huge difference in your experience.

Notably, there was a surface treatment given to the screen. So it has 3H hardness, made to better resist dust and debris. It was also given a haze treatment to better diffuse light. Avoiding a glossy design was a good call as well.

This screen doesn’t include a bunch of extra accessories. But LG does include a one-year warranty covering parts and labor. Which does mean that if your screen has an issue, you’ll be the one shelling out for shipping costs. 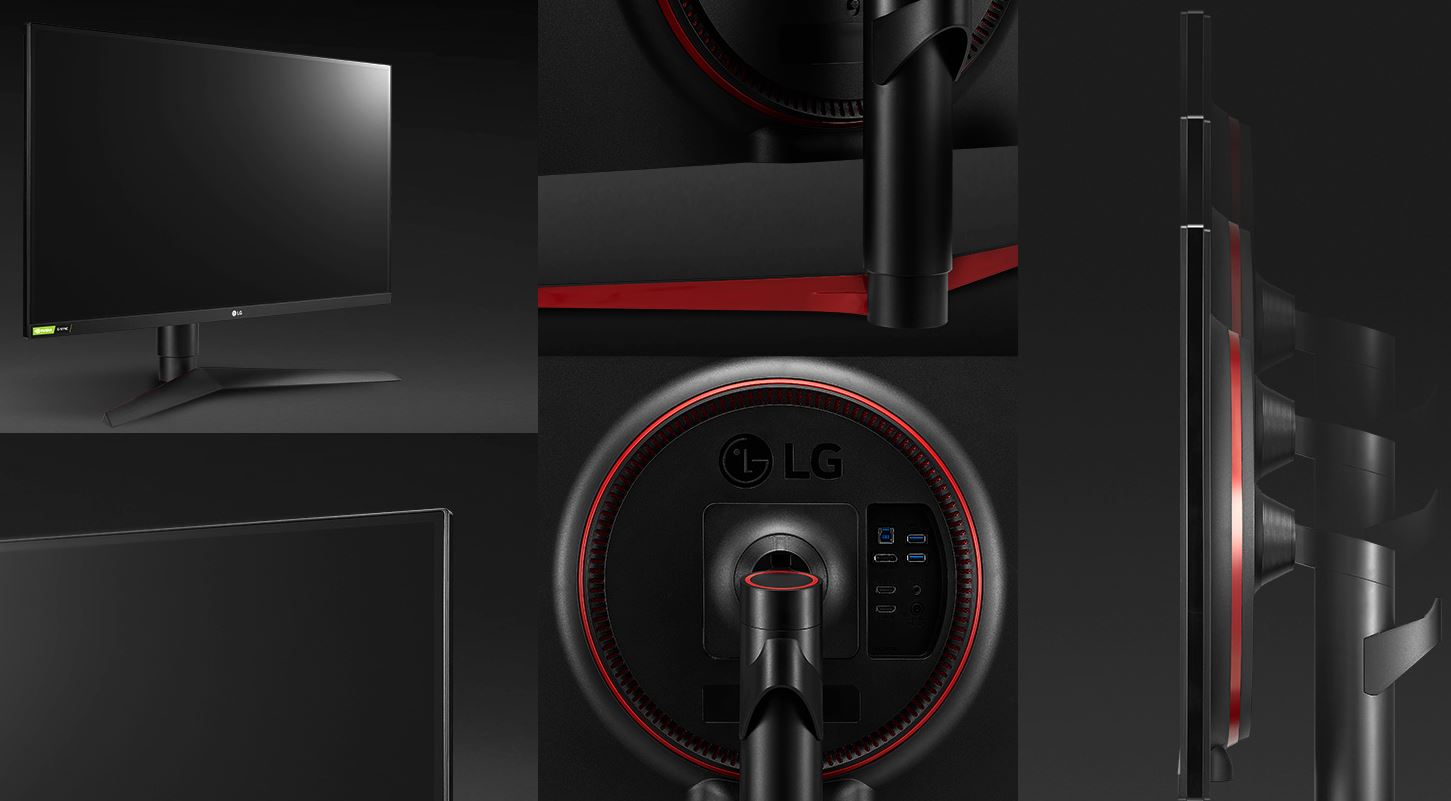 Who Should Choose the LG 27GL850 Gaming Monitor?

It’s not hard to find 27” gaming monitors. Not even when you start to expect core features like 144Hz refresh rates, or even when you add-in dynamic sync technologies. But it’s still pretty tough to find them with full support for wide dynamic range. Especially without having to spend thousands of bucks.

The LG 27GL850 Gaming Monitor is basically like an entertainment and movie monitor that also happens to have tons of gaming features. It has virtually every kind of feature you can shove into a monitor right now, short of the sort of things which are almost exclusively useful to video developers and professional photographers.

This monitor might not be the right call for someone who’s looking for moderation. Because there are always plenty of entry-level monitors that can help you squeeze by with essential features like 144Hz. But for people who want a high-end experience without the high-end price, the LG 27GL850 is going to be a great call.