Who knew wireless earbuds could be so difficult? There are just too many ways to screw them up. It’s a balancing act to get both earbuds to play in perfect sync. Then you start adding in variables like comfort and battery life, and things get terribly complex. It’s even trickier for people who are trying to save a few bucks on their selection. Fortunately, a short investigation can usually uncover whether or not true wireless earbuds are worth picking up.

The Mpow T3 True Wireless Earbuds were made for people on a budget. But that is true for almost everything Mpow makes. Compared to similar sounding earbuds, the Mpow T3 are probably one third cheaper. Sounds good, right? There’s a catch. 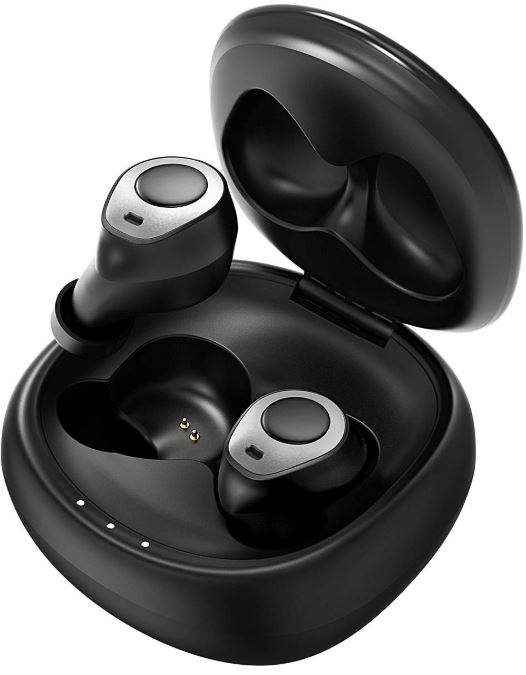 It’s really smaller features that tend to help distinguish wireless earbuds. Those smaller features can add up to a greater picture. For instance, how does the battery capacity stack up? What about portability? Is the charging case any good? In this instance, the Mpow T3 were not exactly made with athletics in mind, but they’re still versatile enough to be used essentially anywhere.

At least, anywhere that’s not underwater. But because these earbuds connect via Bluetooth, you don’t have to be worried about using them in areas with lots of Wi-Fi traffic. That helps make these buds suitable for listening to music, working out, watching videos, and otherwise using in a day-to-day fashion. Limitations really only begin to emerge when you start to inspect their battery capacity. 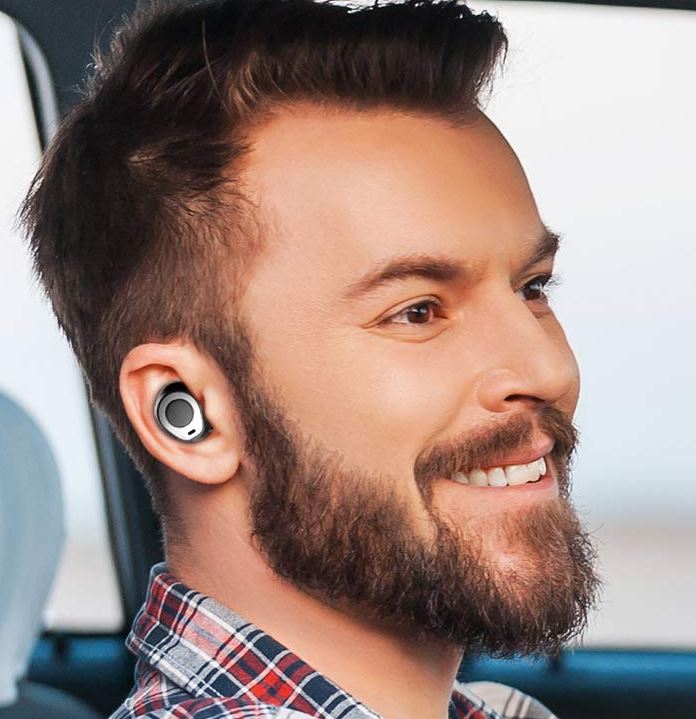 With the earbuds inside, the charging case weighs about 3 ounces. It measures about 1.4 x 2.5 x 4.1 inches, making it compact enough to carry almost anywhere. Getting inside the case, you’ll probably notice the smoothness of the hinge as it swings open, revealing two earbuds waiting inside.

From a superficial point of view, the T3 are tremendously common-looking earbuds. Their body is primarily made of black matte plastic, with the outer ear plates being composed of a neutral gray. The neutral gray is highlighted with a large black touch button, available on both earbuds, which can be used to help move through all your control interactions with the T3.

Do you want to start a call, hang up, skip tracks, raise volume, or otherwise affect your settings? The touch interface makes it pretty simple. You do have to memorize a couple of patterns. For instance, you’ll have to remember which earbud lowers volume, and which raises it. But even if you have to start guessing, there are so few patterns, you can eventually stumble your way to victory. Pretty intuitive, overall.

Like any good pair of true wireless earbuds, the T3 are IPX5 waterproof. If you happen to be keeping track, you’ll notice that is actually one of the weaker waterproof certifications that one might achieve. It basically means you are protected from sweat and rain, but you wouldn’t want to do anything resembling submersion in water. Not even taking them into the shower, really. 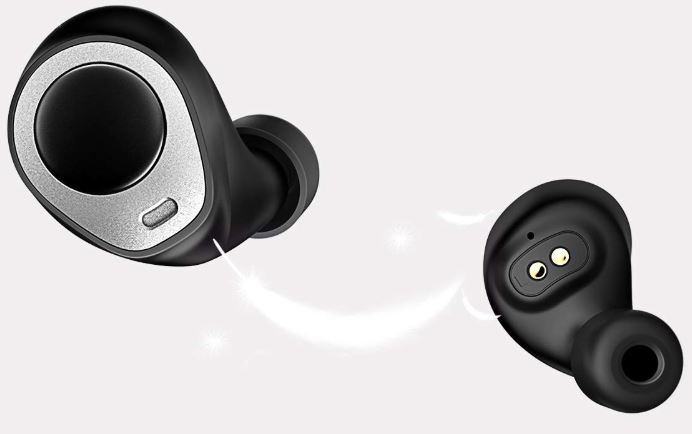 The batteries inside the earbuds are each 60mAh. That sounds a little small, but that’s because both earbuds are drawing power separately. Each earbud provides 3.5 hours of playtime from one charge. Compared to similar earbuds, that’s low-average.

Many earbuds claim they can provide as much as 5hrs per earbud, but those estimates are often taken with generous variables in mind. The numbers provided by Mpow seem based on a more practical estimate, assuming a person is listening at higher levels of volume. In actuality, the Mpow T3 have a battery lifespan that’s probably only 5% weaker than similar earbuds.

The charging case has a maximum capacity of 500mAh. Once again, that seems a little small, but it’s large relative to the earbuds. With that in mind, the case delivers another 16.5 hours or play time. That totals to 20 hours of playtime, assuming everything is charged.

You can pull about 4-5 charges before the case will need to be refilled. Pretty reasonable, right? Unfortunately, the case doesn’t provide any extra features. For example, you can’t attach your smartphone to recharge from it. Though if that’s a feature you find attractive, you might be interested in HUB HiFi Wireless Earbuds. 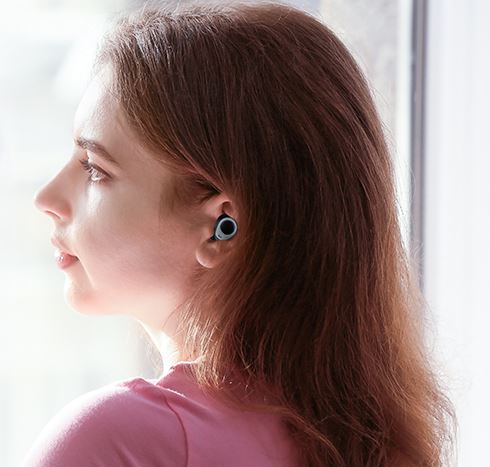 Connecting through Bluetooth 5 means these earbuds begin with a reasonably high ceiling on their call quality. It’s also better for avoiding dropouts in your music. Bluetooth 5 has a number of little-known advantages, too. Many of them have to do with automatic pairing, but we’ll get into that a bit later.

First, it’s important to touch on audio quality. And honestly, if you’ve heard any Mpow headset, then you’ve come close to hearing them all. Nearly all of their earbuds are built on the same architecture, and powered by essentially the same bits of software. As a result, Mpow true wireless earbuds tend to have a sound signature that is all their own.

Most people seem to want a bass signature that’s a little strong. That’s precisely what the T3 provides, but admittedly the bass lacks any sense of warmth. To its credit, the mid-tones and highs are made to feel as solid and clear as possible. That’s pretty good for listening to voices, but it also translates well into movies.

However, the soundscape is a little limited because these drivers can’t really accommodate the upper treble range properly. It’s hard to pin much blame on the T3 because those kind of issues are almost universal to earbuds that cost under $100. But for taking calls, listening to vocal-focused content, or otherwise enjoying music, the T3’s audio doesn’t cut any corners. 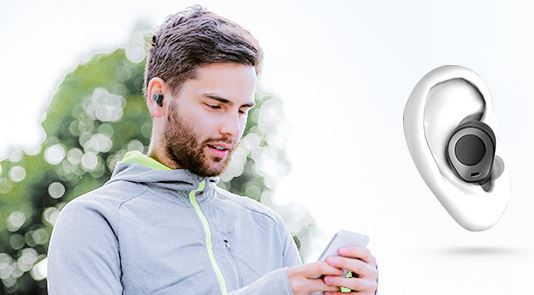 With a good pair of silicone ear tips, you can typically block out most environmental noise. Not only is that important for audio quality, it’s important for comfort. Like most of their kits, the Mpow T3 includes three sizes of ear tips. Once you take a couple minutes to find the right size, these earbuds provide fantastic stability, largely due to that somewhat customized fit.

Because these earbuds are secured almost entirely through the silicone ear tip, the tip has to make a firm connection with your ear. At least, if you expect the buds to stay in place during motion. Some people will like that firmness, others won’t. But nobody who’s worn these types of earbuds should be surprised by it.

If you’re looking for earbuds that rely on less in-ear pressure to stay in position, you might consider trying ear-hook earbuds instead. Though you still need a reasonably good seal for the silicone ear-tips to be able to block out environmental noise, should that be a concern for you. 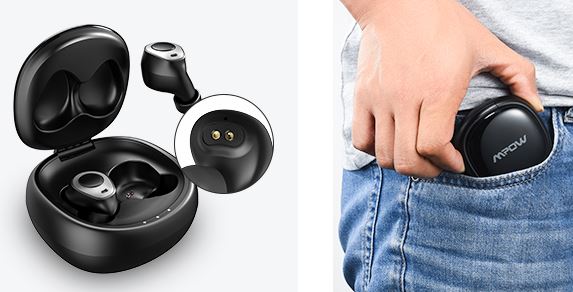 Pairing up is pretty simple. Just grab both earbuds from the charging case, and launch Bluetooth on whatever device you’re using to connect. Select the Mpow T3 from the Bluetooth list on your device, and then confirm the pairing. After you’ve done that once, these headphones will remember that pairing. Pretty convenient.

However, Bluetooth connectivity caps out around 30ft. That’s not very far. But it’s certainly far enough for most people. After all, how many people are going to be using these with devices that aren’t within touching distance of themselves? Not too many. It might be a smartphone, tablet, or nearby television screen. But not many people choose true wireless earbuds and then wander far from the source of their broadcasting. 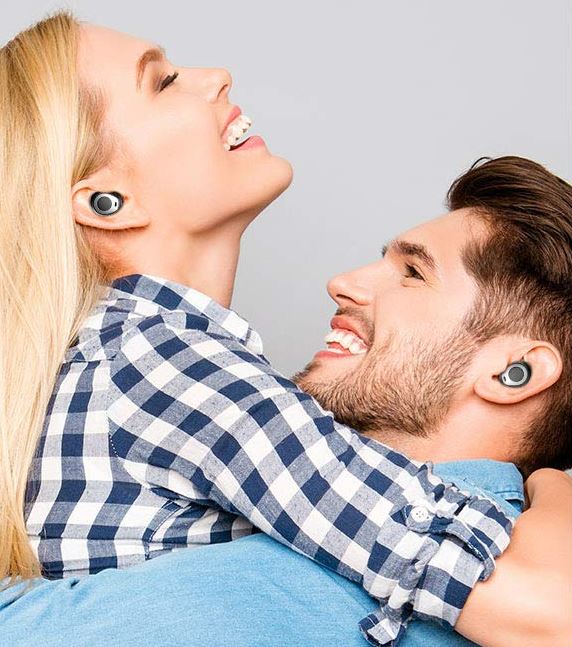 What the Mpow T3 includes is almost as important as what it does not include. You’re not going to find voice assistant features that will really blow your mind. The charging case can’t do anything extra special. Even though it’s wonderfully compact, and wonderfully discreet, it doesn’t look very interesting from a visual perspective.

It’s possible to use the left earbud as a mono earbud. You can’t use the right earbud in mono, which is kind of a drag if you place a high value on that feature. Because it means you’re unable to swap between individual earbuds when one runs out. You have to place the left earbud into the case, and then wait for a recharge.

Like any device with built-in batteries, the T3 have a finite lifespan. How long can you expect the T3 to last? A good estimate would be about three years of heavy use, or five years with casual use. After a year or two, you’ll find their maximum battery capacity will slip, and you’ll be getting closer to 2-hours per earbud. At that point, you might consider replacing them.

Mpow includes an 18-month warranty. It’s pretty unlikely you’ll encounter the kind of issues that would require you to use the warranty, but it’s nice to be protected. 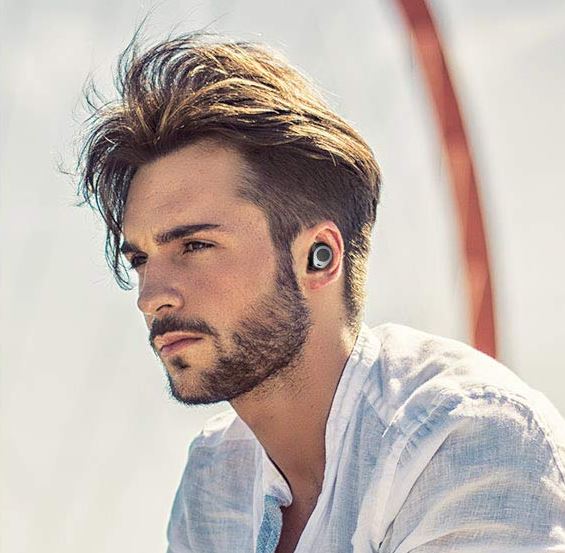 Aesthetically speaking, they’re a little boring-looking. But their wireless connection is smooth. Their charging case is portable. Their waterproof design means you don’t have to be worried about the rain. And their comfort options mean you’re almost certainly going to be able to find a good fit. Where the T3 tries to be successful, they succeed.

Differences in audio quality between the T3 and similar earbuds aren’t actually very big. But the T3 does have an edge. In these particular headphones, it’s not an edge that you’ll hear in your calls. But it’s an edge that certainly comes through in your music. If you have a budget restriction, and you want to stay within the $40 range, then the Mpow T3 have a lot to offer around this price point.

How to Connect a Powered Subwoofer Directly to …
December 2, 2019