Modems leases from your internet provider are generally bad news. You’ve got to lease them out for an annual fee (usually hundreds of dollars), and then they limit your experience. If you’re on a budget, you definitely don’t want to waste your time with one of those. Here’s a solution.

No, it won’t cost more than a monthly lease. But yes, it is better, and is likely of higher quality of the one you may already own as well. Let me explain. 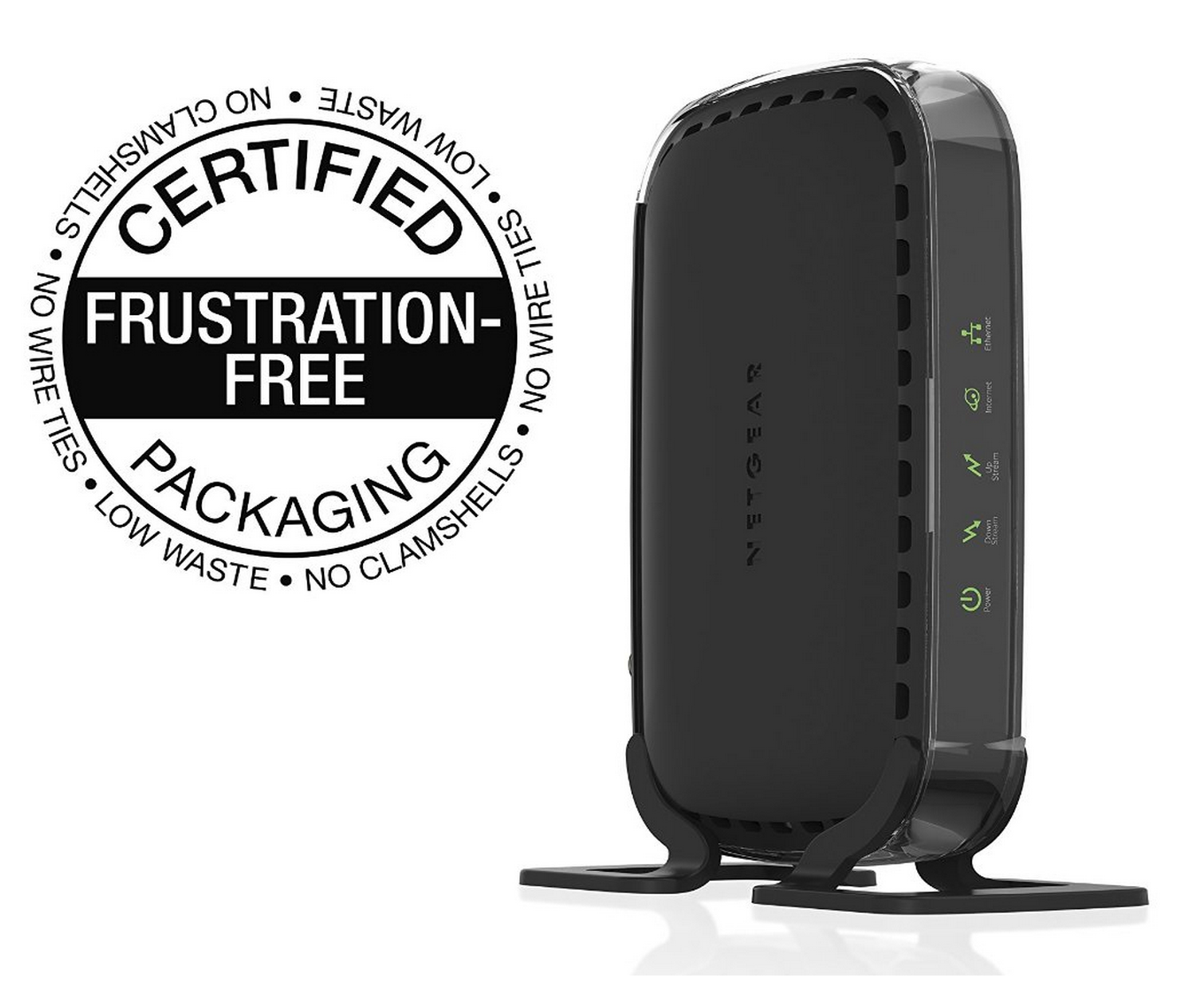 It’s a modem unlike any other. Although there are many modems similar to the Netgear CM400-1AZNAS DOCSIS 3.0 Cable Modem, this is the most up to date version, offering the best value to the consumer. Let’s discuss some of the advantages.

First of all, the DOCSIS technology that’s used in this modem is an entire eight times faster than the previous model, 2.0. It’s not that 2.0 was bad at all. There have been some dramatic changes in internet usage in the past five years, leading to many problems that most modems can’t handle. Here’s an example.

If you live in a city of 10,000 or more, there’s going to be a massive amount of people using internet in that area. The last thing you want is a slow modem jamming up the works. DOCSIS is CableLabs certified for U.S. cable internet services, making it an ideal solution to this problem. But there’s more.

You can live in a rural area and have internet problems. Since there are so few internet towers in those areas, there are still typically thousands and thousands of other people using that internet source. DOCSIS 3.0 saves the day again.

You may still be wondering if it’s right for you. Consider that the Netgear CM400-1AZNAS Cable Modem is compatible with all of the major cable internet providers. The only exclusion is that it doesn’t work with cable bundled voice services.

The Netgear CM400-1AZNAS even connects to XFINITY automatically.

Better Value at a Lower Price

Keeping costs down is not the only concern. The fact of the matter is that your internet provider is making a killing by leasing out modems to their customers at a way higher price than they’re worth. The modems they provide are actually quite cheap. 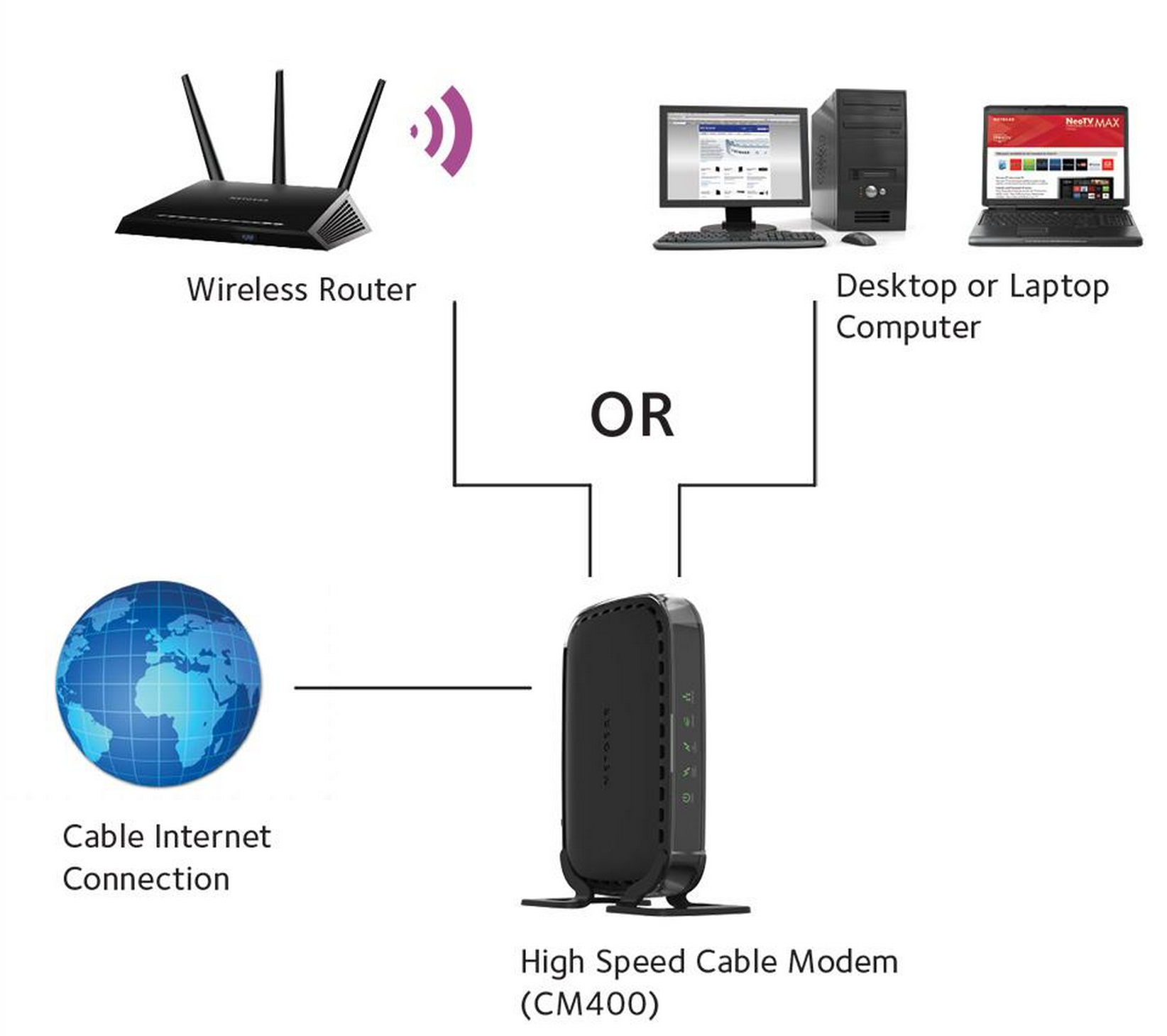 Again, it’s just not a worthy deal. Stop throwing good money after bad, and get a modem that fits your purposes, and isn’t costing you an arm and a leg every year. Why waste the extra cash?

This isn’t a finance course, so let’s stick to the point. Replacing your modem with the Netgear CM400-1AZNAS DOCSIS 3.0 Cable Modem is like giving yourself an instant raise. You may have actually forgotten you were paying for this lease, which is part of the bad deal. You never notice it, so you keep on paying. Let’s put an end to that. 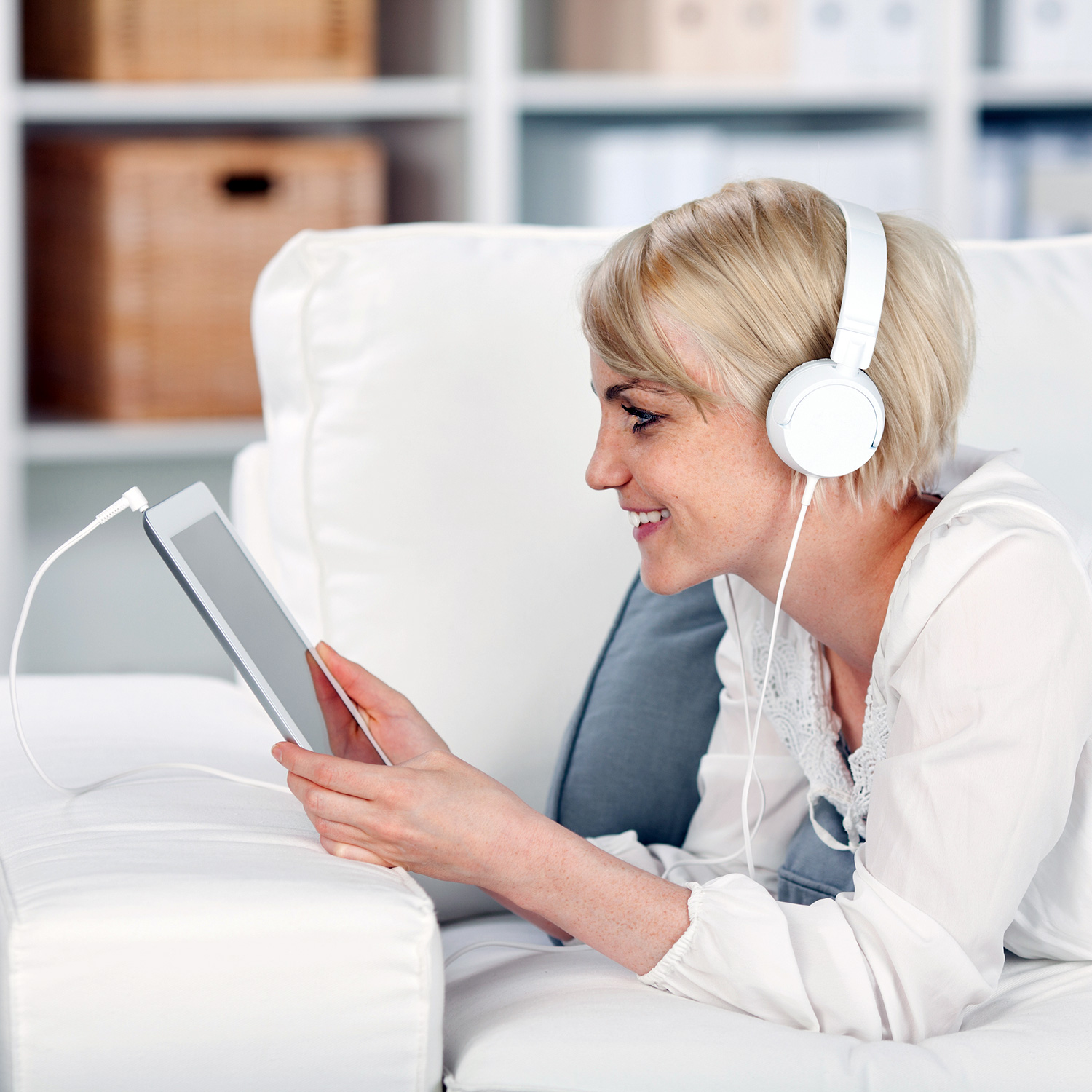 Let’s do the math. A typical lease on a modem can cost up to $120 a year. It should last about five or six years, which makes a total of about $600 on average. That’s a lot of money, when you add it up.

In fact, it’s ten times more expensive than the Netgear High Speed DOCSIS 3.0 Modem, and only gives you a minor fraction of the performance year in and year out. Think of the savings!

Plain and simple, it’s worth more than what you’re paying now for inferior quality. 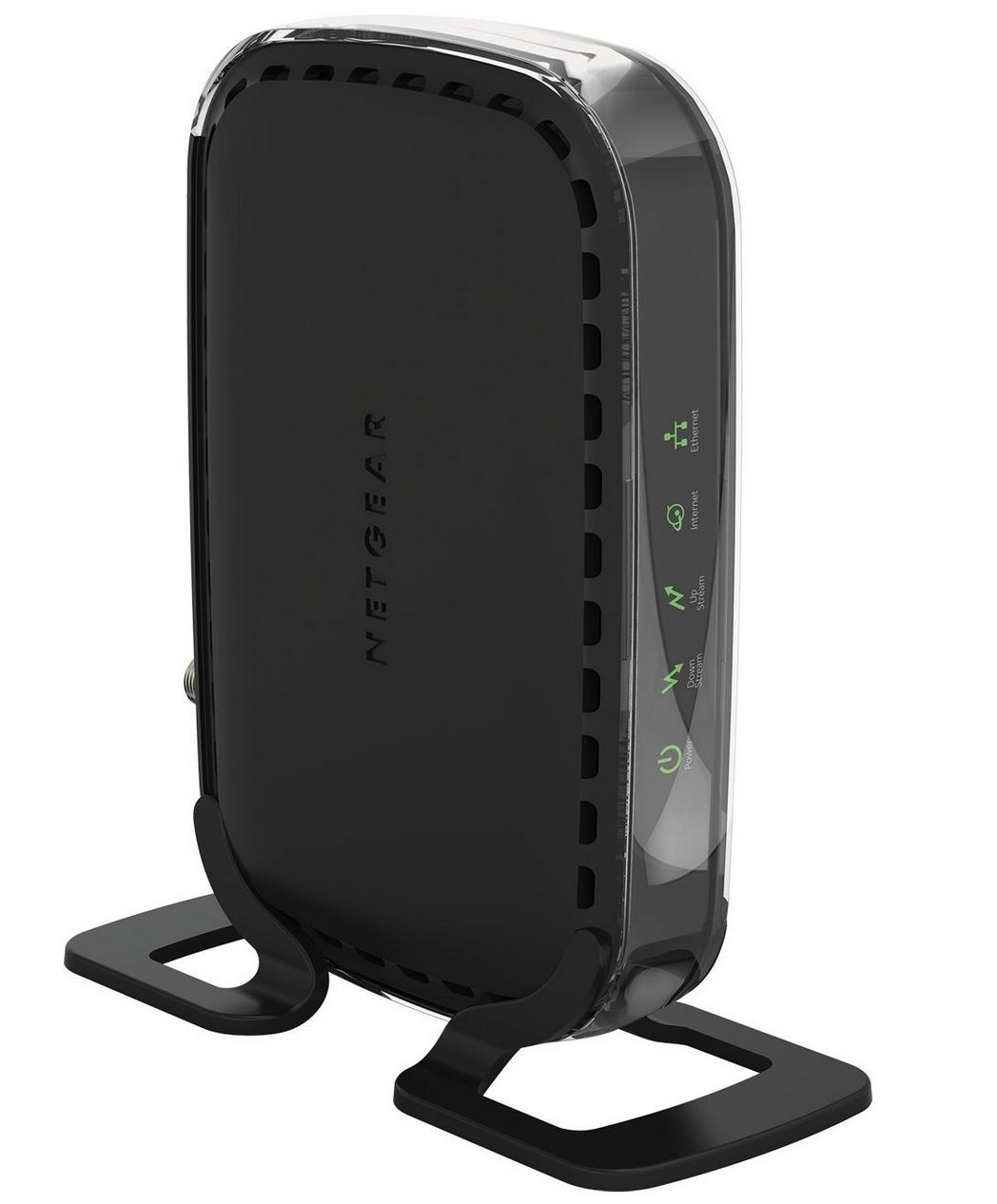 Want to stream HD movies? It’s a high probability that as soon as you do, you notice some of the major problems associated with streaming any type of video online. It’s super slow!

Games are no better. If you want the most out of your gaming experience, you’ve got to have high internet speeds. Lag time just is not acceptable.

Get more out of your internet speeds with the Netgear CM400-1AZNAS DOCSIS 3.0 Cable Modem. You may not believe it, but this exact modem delivers the fastest possible cable internet speeds, due to its 8×4 channel bonding. 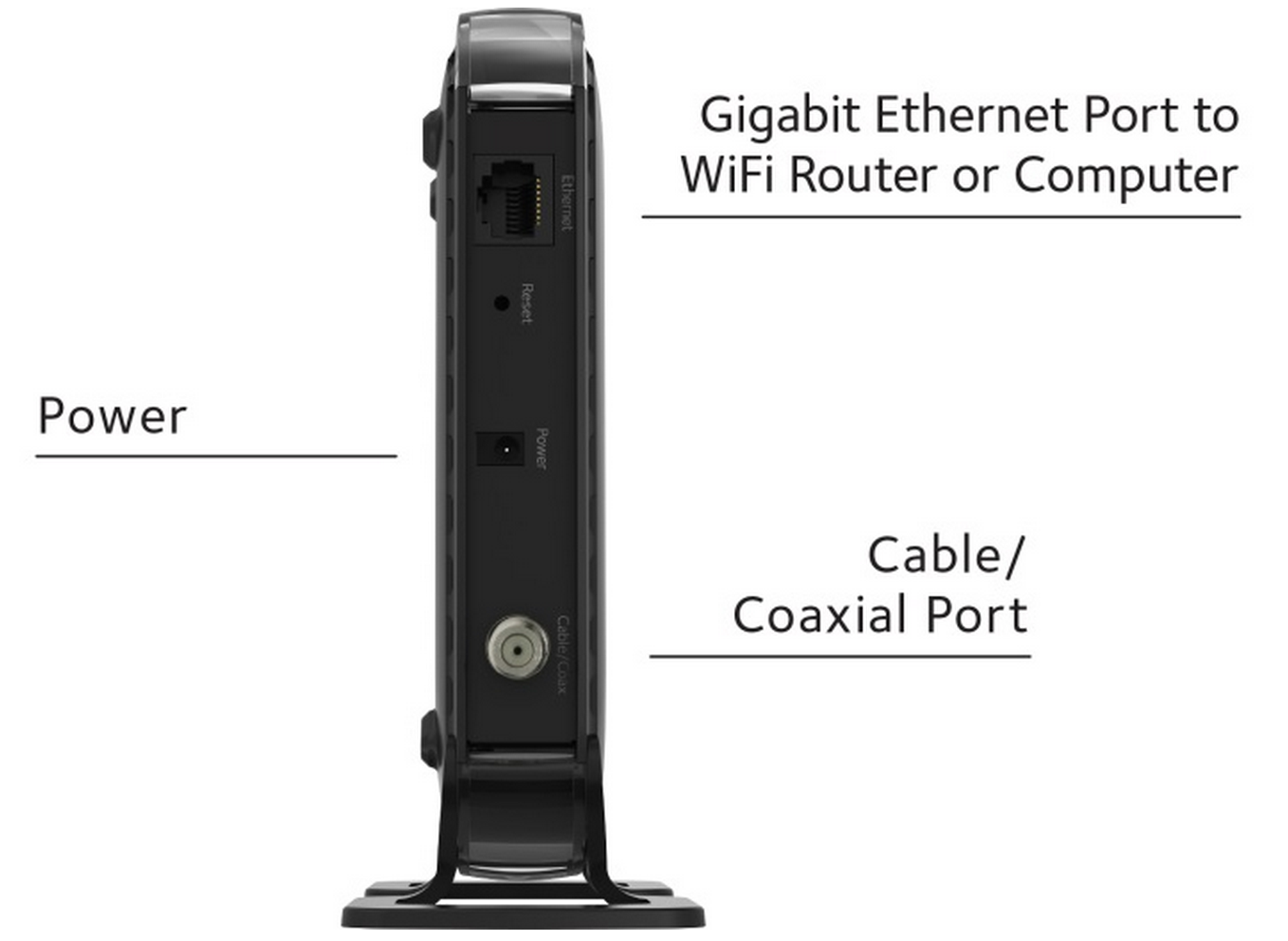 This is a fancy way of saying that even when the maximum amount of people are using a single internet source for that area, yours will have the fastest speeds. But that’s not all.

It’s faster in every way. With the 8×4 channel bonding, you get top speed out of your internet connection whether you’re downloading or uploading data. You’ve got 8 downstream channels, and 4 for upstream. But as if it that weren’t enough, this next benefit packs quite a punch on its own.

As you know, even your router speed is dictated by your modem. That is, unless you are using a modem with a massive GB Ethernet port like the one on the Netgear CM400-1AZNAS Cable Modem has. This is a huge increase of wired internet speeds for any conventional modem.