There’s no doubt a plethora of high quality headphones on the market in a wide range of price points, whether using in-ear or over-ear varieties. What Nura is bringing to the market is their take on fusing both options together, to solve the need for a more personalized sound in a new way. While this description is quite vague in its advantages, there’s a wealth of information available about the demand for these kinds of headphones.

Based on the overwhelming response on Nura’s Kickstarter page, the average pledge to back a solution for this specific challenge, ranges in the hundreds of dollars. In practical terms, information technology has been funded and developed to create a near perfect sound stage within a set of headphones. 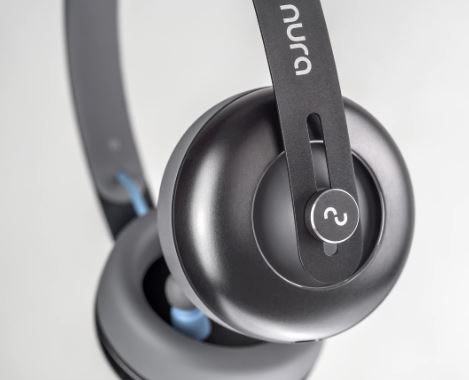 Since this is based on different preferences and hearing types, results can vary greatly from one person to another. In this review we’ll discuss how Nura addresses this problem, breaking down every feature from the speaker drivers to the monitoring and adapting software.

People sense audible frequencies differently with their ears. When taking a hearing test, where frequencies are continuously decreased in volume in order to test your hearing sensitivity, a range of frequencies are used to be compatible with your ears. Since the frequency response patterns are unique to each person, there’s a lot of sensitivity and precision required to create an accurate representation of sound.

Rather than going through the strenuous and time-consuming process of discovering the frequencies most pleasing and safe for your ears, through trial and error, a sensitive microphone is used instead. The way this works is, an audio signal is sent to your ears so Nura knows which frequency they’re responding to, and then feedback data is recorded by the microphone in order to understand the response. 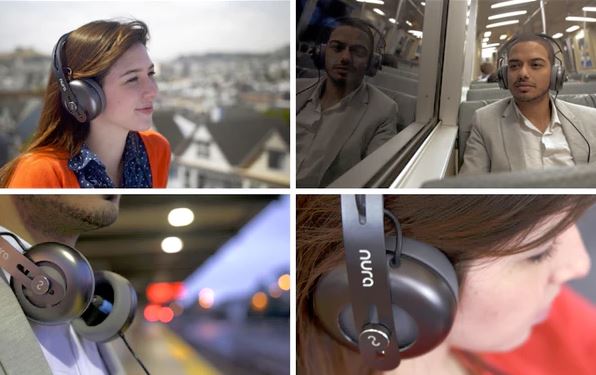 Basically, when a vibration enters your inner ear canal, which is completely unique from person to person, the cochlea organ converts it into an electric signal which vibrates in all directions, and the microphone is sensitive enough to detect them. This reading of the low frequency sound that the cochlea produces is called otoacustic emission. By researching how to analyze and use this data, Nura passes this information onto your smartphone with specific instructions.

The previous section suggests technology that offers potential in the areas of research and development. However, what Nura is capable of doing with this information is ultimately where the rubber meets the road. The process by which it interprets this data, and then turns it into speaker and sound optimization, is actually simple on the user’s end. 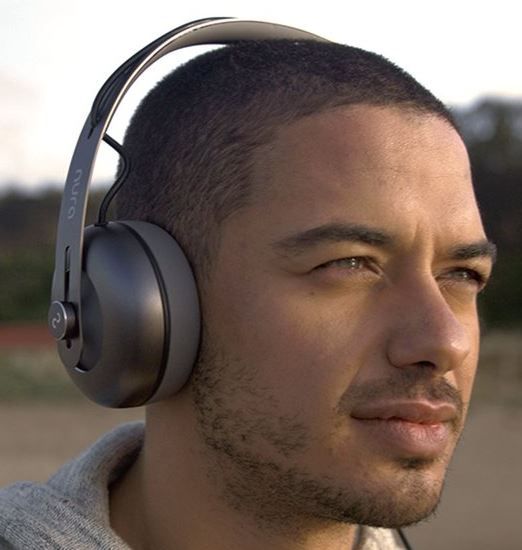 For starters, Nura requires connection to a smartphone in order to begin, and then a series of sound frequencies is played to your ear. After a period of 30 second, it’s created a virtual map of your ideal sound tuning. As a noteworthy side note, once it’s discovered your ear pattern Nura will detect your specific ear canal in a fraction of the time, for extremely rapid recognition (rated at under 2 seconds).

Once your ear profile is detected, it load that information and passes it onto your audio software. In terms of compatibility, it works on any audio platform as it analyzes and adjusts the sound automatically before it hits your ears. The limitation to this is that only two dedicated profiles can be saved on one set of Nura headphones. However, you can create a temporary third one so they’re virtually accessible to anyone, and are ready to use in less than a minute.

It will also keep this precise audio adjustment consistently at all volume levels, providing both a clearer and safer audio environment. But, as we’ll find out later, the calibration process can be interrupted significantly due to potential hardware constraints. 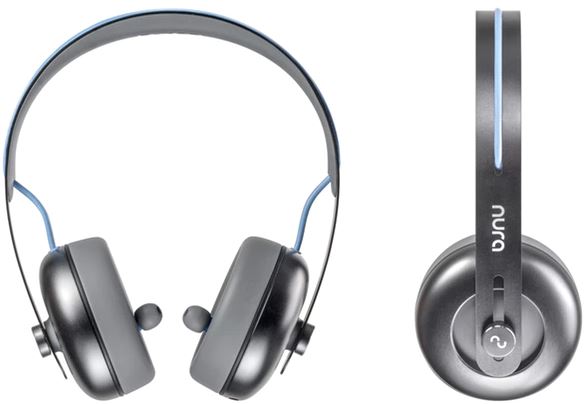 Dual Driver Design for Each Headphone

Looking at driver technology in general, speakers that focus low, medium and higher frequency audible sounds on dedicated drivers results in greater clarity than trying to produce them all with one driver. Nura actually uses two drivers in each headphone, and when comparing large home theater speakers to headphones, this is a relatively new and innovative aspect.

If you’ve used over-ear headphones in the past, it’s obvious that the bass can be very clear and deep. However, one of the main challenges with either kind of single driver headphone design is blending low and high frequencies properly.

An in ear driver is used for the higher frequencies, which is interesting because it’s also dedicated to mid frequencies. Although it’s not what you’d expect from a professional home theater speaker, the two frequency types rarely mix disharmoniously in small drivers. For example, when a large speaker produces sound it vibrates, which can lead to sound distortion, whereas uses an ear cup to keep that vibration stabilized as well. 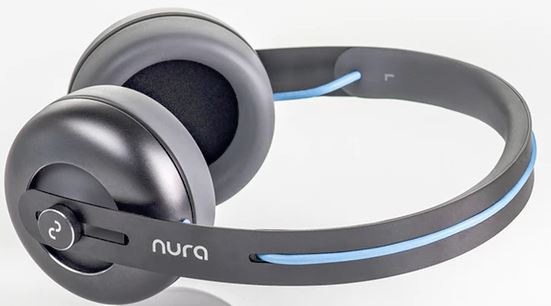 This creates a sound stage where you can actually hear the bass/low frequency sounds coming from the outer driver, reverberating loudly and clearly, while the higher frequencies are controlled within the ear bud driver.

Another function that this allows is a more precise control over the frequencies that are playing, to match your ear, but some users have found this challenging. While the soft ear gels used on the ear buds are sized appropriately and are comfortable to wear, if they’re not sitting in your ear properly you’ll notice distortions and differences in volume from the left to the right.

This is one challenge to calibration as well, as if the headphones aren’t fitted properly and synchronized to both ears, this could result in an incorrect reading. With that being said, the ear buds sit more securely in your ears with the headband and ear cups keeping them in place. This says something about the accuracy with which Nura detects your specific ear profile. However, this can be solved by repeating the initial calibration process if the sound seems off. 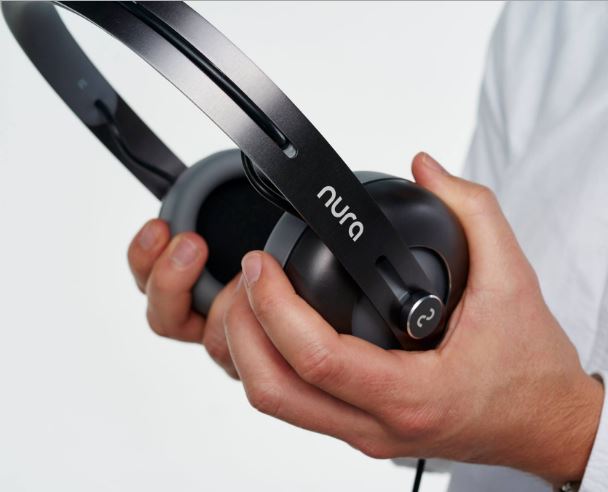 As you know, Nura uses smartphone technology in order to access and use its calibration and optimization technology. This may sound like a critical limitation at first, BUT its ability to optimize audio from any source, no matter the app being used, is complemented by the fact that there are multiple connection options.

Originally, Nura was designed to use only a digital connection, which has some inherent positive advantages. For starters, it meant that they didn’t rely on a battery and also that data transfer speeds are faster and more reliable, thus reducing the distortion in audio data quality that invariably occurs to a near zero value.

This is a true home theater quality technology. Because these headphones rely on an electrical power source, a digital connection means that you never have to recharge a battery, as well. The limitation with this is that there wasn’t a wireless option for those who wish to listen via a plethora of devices, including smartphones, personal computers and AV receivers. 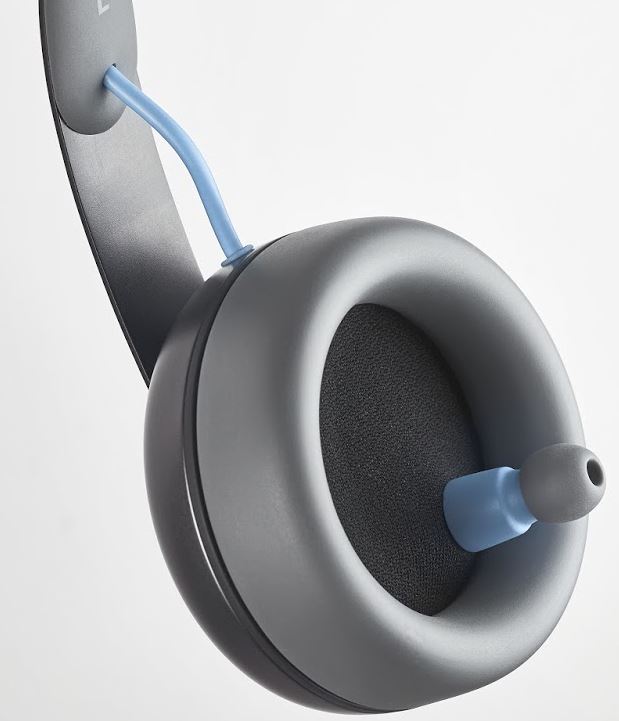 Based on a massive amount of community comments for supporters of its Kickstarter campaign, Nura is now available with wireless and analog connection options as well. Analog is fairly straightforward in that it uses a 3.5mm cable. This feature was added to Nura for those who would prefer this over carrying around a digital cable adapter in order to use it.

The wireless option uses an APTX HD Bluetooth that many would consider excellent qualitY. However, these headphones have additional demand on precision, and won’t provide the clarity of the digital cable. 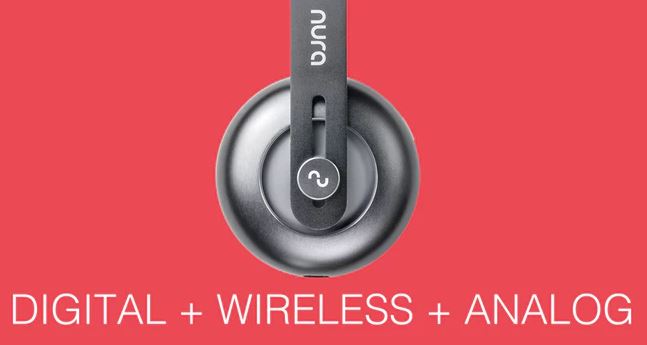 Pros and Cons of the New Model

There are a few things to consider with these technological integrations. First and foremost, Nura is designed as a single model and isn’t currently being released with different versions for your connection preferences. As a result, these headphones are going to cost more than anticipated, and they require on a battery as well, where the digital version didn’t. They are also slightly heavier. On a positive note, although both wireless and analog modes require a battery charge, you’ll get at least a full day’s worth of continuous use. Nura has promised 15-20 hours on a single charge.

Nura has received significant backing and support, much of which is a credit to their technological innovations and development. For example, they’re a graduate of the HAX and Melbourne Accelerator programs, which are prestigious organizations designed to fund and work professionally with entrepreneurs and companies releasing proprietary technologies.

As a side note, Nura has been welcoming of their community of backers in the development process, as they’ve been willing to fulfill a need. It’s clear that they’ve chosen to dedicate these headphones to quality and problem solving, which can also be seen as a negative due to the price.

With that being said, they’re certainly not turning people away for the features that they ask for, and have been very up-front about all of the negative aspects of adding new features. This leads one to assume that their further support for these headphones will take on a similar professional value.