When it comes to releasing successful products, they should always have a purpose and solution to an already existing issue. Enter, Nyko Data Bank for Playstation 4. Purchasing a console is easy. Once you take it out of the box, there’s not a lot of work that needs to be done to be able to use it.

Sony’s PlayStation 4 is a video game console that’s been out for a few years now. When it was released in 2013, their advertising strategy was calling it “the world’s most powerful console”. Nyko took it to a whole new level by providing a data bank that makes it even more powerful. 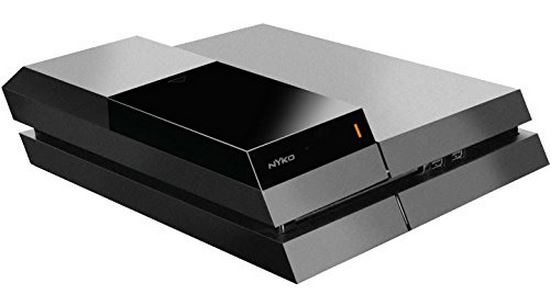 At the recent CES (Consumer Electronic Show) of 2015, Nyko gave a sneak peek on their latest technology. The Nyko Data Bank conveniently upgrades your Playstation 4 hard drive space and is designed so you can have a larger storage capacity for your console. It offers housing for your additional hard drive that will sit on top of your Playstation 4.

To be clear, the Nyko Data Bank is NOT a hard drive, but a hard drive dock for the Playstation 4. It’s meant to replace the 2.5 inch hard drive to a larger 3.5 inch as a storage option.

Having this means there’s simply no need for an external hard drive. It makes an easy way to add a larger storage space for all of your favorite data.

As mentioned, the data bank attaches to the top of your Playstation 4. There’s no worrying about the installation because anyone can do it without professional help. All you need to do is remove the top cover of your Playstation along with the internal drive by removing one screw. The best part? A screwdriver is included! From there, you can place the data bank and voila! Ready to use!

The Data Bank will come with a detailed user manual to help you make the process quick – following the instructions to the T will result in a secure and proper fit. It does not draw power from the USB port, instead, the power comes from the console’s AC adapter.

If you’re a current owner of a Playstation 4 and happen to already own a large mechanical hard drive, having the Data Bank will be the most sensible choice. It’s better than shelling out money for a whole new drive. A regular 2.5 inch hard drive more often tops out at 1TB. Having the Data Bank will allow a capacity of 2TB or more. Serious gamers who want the ability to expand their storage by five times its actual capacity are in for a treat.

What It Can’t Do

If you’re looking to install a solid-state drive, this is not the right device for you. The majority of the solid state drive comes in the 2.5 inch size. The Nyko Data Bank also doesn’t add to the aesthetics of the Playstation 4. You’ll have to install it atop the console – it sure makes everything look a lot bulkier. 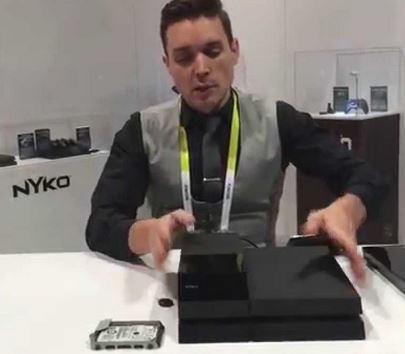 Nyko’s targeting to release the Data Bank by May 2015 for a great price of $40. Some might say that it’s a little steep considering the device is only a plastic piece of housing, however because it offers a massive memory increase for Playstation 4, we think that the price is fair.

Is it cheap? Yes. Is it useful? Definitely! Do you need it? Maybe. Maybe not. Nyko is releasing this useful product that would help, particularly serious gamers. Playstation 4 has been in the market for two years now and it’s no doubt that that’s a long enough time for gamers to run out of storage space on their consoles.

Having the Nyko Data Bank would allow for the expansion of up to 6 terabytes of storage space. This would take a very long time to fill with content – some may say that you have virtually unlimited space with a whole 6 terabytes. 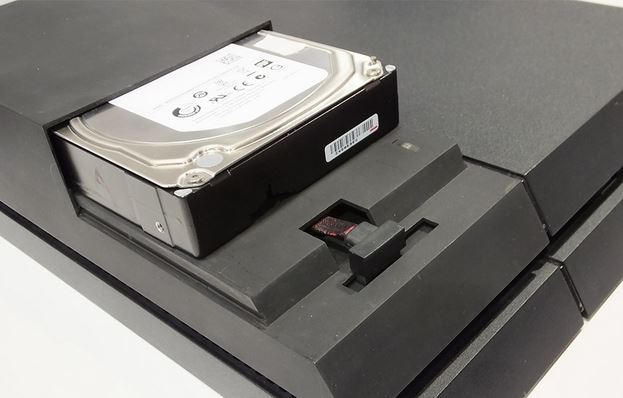 Chris Arbogast, Nyko’s current director of marketing said that, although upgrading of a hard drive of up to 2TB works just fine, there are still some issues that can be encountered.

The system won’t work and wake up with the controller. This then requires a press of the system button since Playstation 4 isn’t naturally geared for drives that are larger than 2 terabytes. Most gamers who’ve upgraded know this already and have complained a bit about the problem in the past.

Nyko was founded in 1996 and is headquartered in Los Angeles, California. They’re a manufacturer of different third-party accessories for gaming consoles. Some of its notable products are the Want (replacement for Wii remote), Worm Cam (camera attachment used for Game Boy Advance), Zoom (camera for X-box 360’s Kinect), etc. This isn’t the first time that Nyko has come up with an innovative accessory for Sony’s Playstation – they also make a charging base for both Playstation 3 and 4.