Getting official game controllers comes with advantages and disadvantages. When you get your controller directly from Nintendo, you have a pretty good idea of what to expect. When you’re getting controllers from third party sources, there’s more uncertainty involved.

Nyko has a bit more than a decade of experience making these types of gaming accessories, especially wireless products. Though Nyko isn’t exactly a household name, nor is it a greatly popular name among gamers, many of their products are diamonds in the rough.

It’s incredibly common for people to seek out full-sized controllers for their Nintendo Switch. It just feels unnatural holding onto the tiny Joy-Con remote while playing certain types of games. Especially if you have larger hands, or if you plan on playing for more than an hour or two. 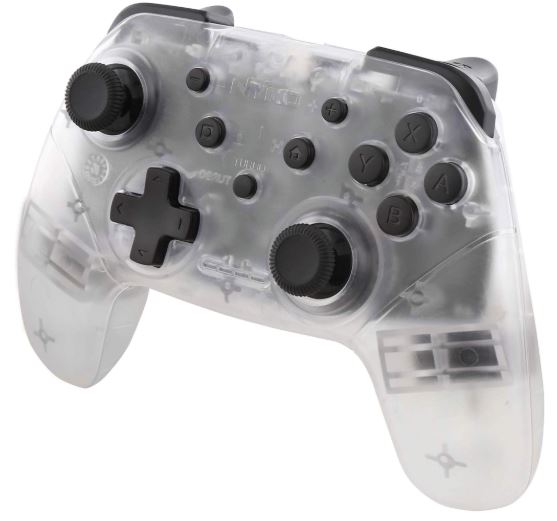 Of course, the Nyko Core has Android and PC compatibility as well. Though the Core is pretty clearly intended to be paired with a Switch, it’s nice to have that extra layer of adaptability. From a physical standpoint, the Nyko Wireless Core Controller is almost a clone of the Nintendo Switch Pro controller.

If you’re not looking at the gritty details, the real differences between the Pro controller and the Nyko Core is cost. The original Switch Pro is nearly twice as expensive as something like the Nyko Wireless Core Controller, which is precisely what draws people to these types of third party accessories. Of course, the Nyko Core isn’t entirely a clone of the Pro. It does bring its own unique advantages and disadvantages to the table. 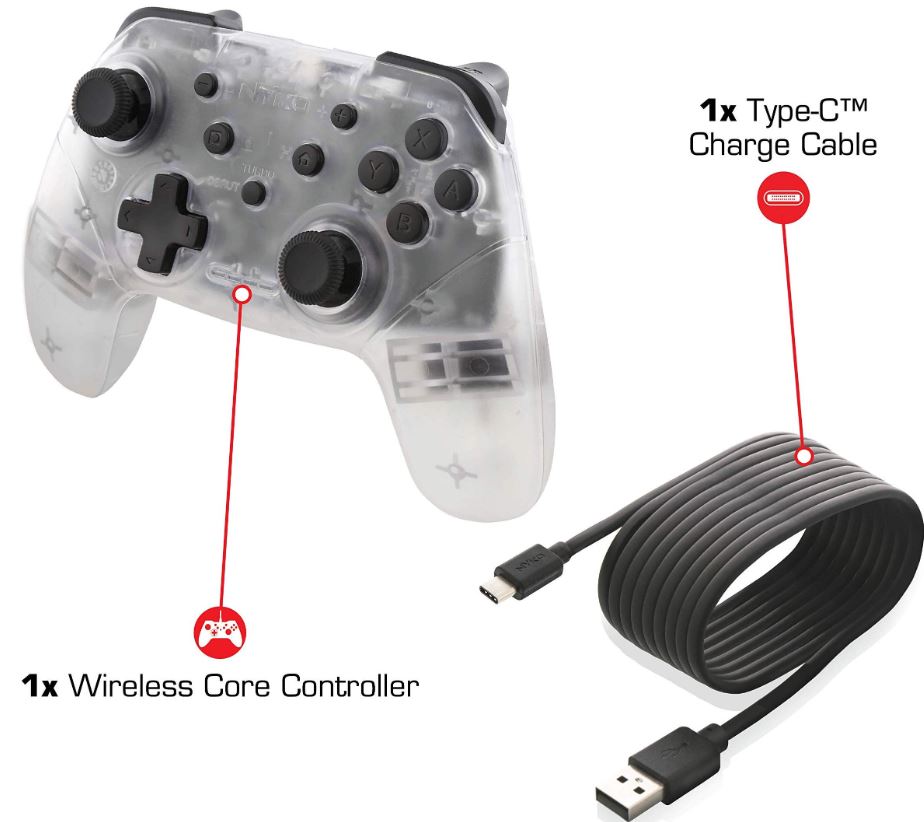 Each Core weighs about one pound, pretty close to the same weigh of any similar full-sized controller with a rumble feature. And pretty close to the same weigh as the Nintendo Switch Pro controller. Held in your hands during a blind test, you’d probably have a tough time telling the two apart. At least until you managed to get your hands on the thumb pads.

The aesthetic is something that some people will like, and others will not like. It’s far more distinctive than anything Nintendo uses for their controllers. Depending on how you look at it, the lime green body is either a cool sci-fi inspired controller, or a hideous throwback to the early 90’s.

The Nyko Wireless Core stands out from alternatives in a couple of different ways. Most notably perhaps, it uses a programmable turbo function. In addition to any of the face buttons being programmable with a turbo function, you can use either set of shoulder buttons for turbo.

Along the front-face of the controller, there’s the usual assortment of buttons you’d expect from any modern gamepad. That includes an analogue stick for each thumb, an eight-sided D-pad, and four primary control buttons. Those buttons are marked A, B, X, and Y. Each button enjoys a deep press, similar to a standard Nintendo controller. The D-pad isn’t the best you’ll ever see, but neither is really worthy of scorn.

The thumb grips on each thumb pads actually feel slightly better than the original Pro controller. Each stick is quite springy, and eager to rapidly snapping back to center once you’ve release them. This heightened responsiveness means tilting is difficult, but still possible.
The shoulder buttons have more spring and less click than the original Pro controller, but it’s not a difference that many people will notice. It’s something that might be picked up by players who love fighting games more than anything else.

Near the center of the keypad there’s an additional five buttons, placed in a V-shape. This positioning places each set of buttons within thumbs reach, which is great. And each button is labeled in relation to the Nintendo Switch. If you happen to be playing on Android or PC, these labels won’t be of much use to you. But reprogramming those buttons is a simple matter for a controller like the Core. 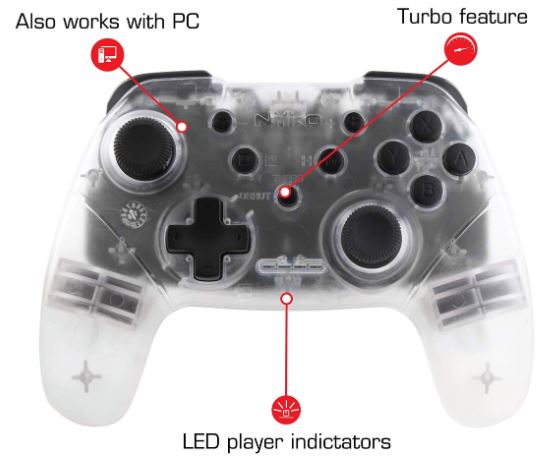 Because the controller is based on Bluetooth, it syncs with your console as easily as the official Nintendo devices. However, there’s really nothing special about the Core’s Bluetooth capabilities. For example, you can expect about 20-feet of connectivity. That’s certainly enough for nearly all people in nearly all circumstances, but it’s marginally shorter than controllers like the Pro.

Similar to a Joy-Con, the Nyko Wireless Core Controller supports vibration and an internal gyroscope. In fact, the rumble is deeper and more powerful than the classic Nintendo controller. But that may or may not be a good thing, depending if you’re trying to compare it to Nintendo’s HD rumble feature. Because the Core cannot support that feature. Though not many people are really using the HD rumble feature in any serious way, so this kind of difference is pretty minuscule. 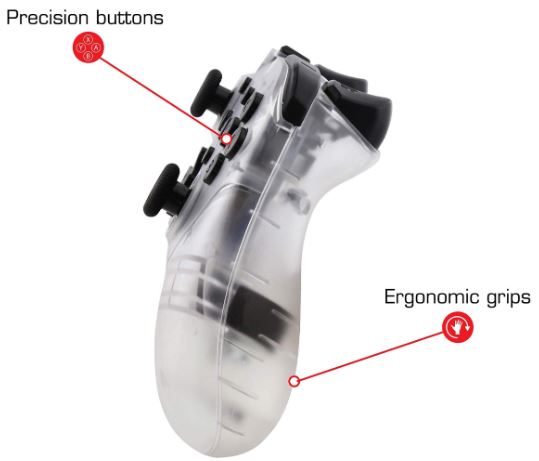 Just when you think that game-makers have perfected the art of controller design, Nintendo comes out with a controller like the Joy-Con that leaves everybody scratching their heads. The ergonomics of making a good controller have been understood for quite some time, and Nyko is really taking advantage of the obvious with their design here.

Which is why this controller looks similar to many other controllers. In fact, the few differences are initially hard to spot. But even hard-to-spot differences can play out in terms of comfort. For instance, each shoulder button is ergonomically designed to rest gently against your fingers. Even a slight bend in the face of a shoulder button can have an impact on comfort.

Being full sized, the controller is far more ergonomic in your hands than the original Joy-Con, and better for people with large-hands than more modestly sized alternatives. The thumbsticks have their own unique rubberized treading that feels marginally superior to the thumbsticks used by controllers like the Pro, but there is a difference. 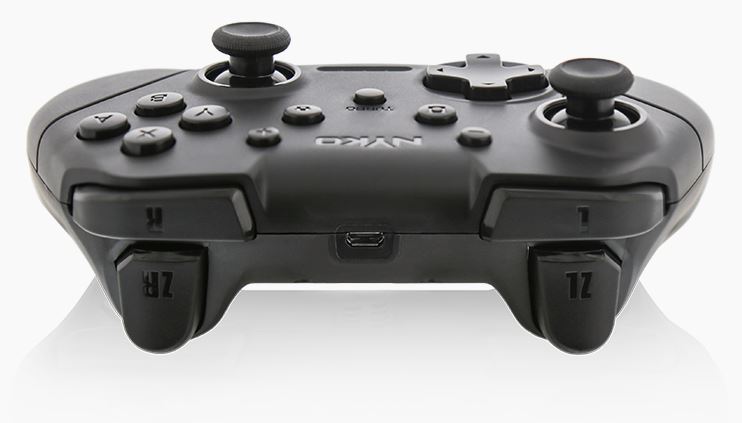 Unfortunately, the Nyko Wireless Core Controller is not equal to the Pro in every way. While the Pro controller is capable of delivering about 40-hours of battery life, the Core can provide roughly 20 hours of playtime. Is that 20-hour difference worth almost doubling the cost of the controller? Answers will vary from one person to the next.

But most gamers would agree that 20-hours isn’t bad. It certainly doesn’t put a short leash on your playtime. Similar to classic Nintendo controllers, when you need to recharge, you do so with the help of a USB-C cable. Nyko actually includes one of those to help you get started.

With respect to standby time, the Nyko Core actually compares favorably with similar third party controllers. But because you’ll be recharging it slightly more often than controllers like the Pro, so the standby time is unlikely to actually become an issue that you’ll have to think about. 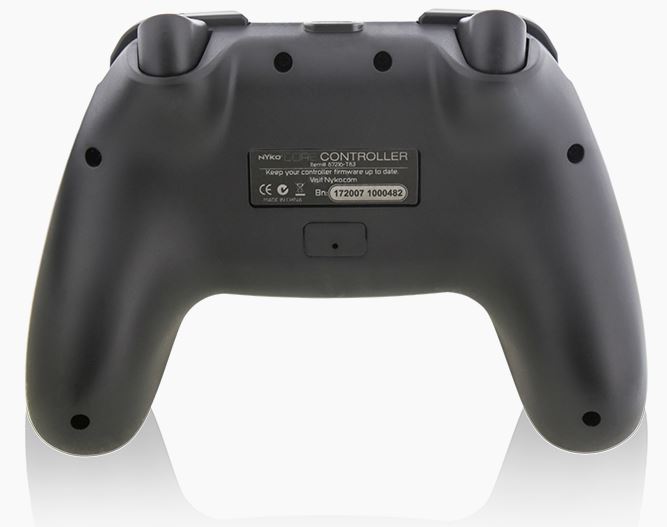 This controller does not have is NFC functionality to play with your Amiibo. Additionally, this controller can’t turn on your Switch wirelessly, but it will turn itself off when the Switch enters sleep mode. Actually, the controller will automatically switch off after a couple of minutes if you’ve stopped using it, which is easy to appreciate.

In addition to being compatible for the Nintendo Switch, the Nyko Wireless Core is also compatible with both Android and PC devices, so you can move freely from one platform to the next. That added layer of support really helps set this control apart from some of its competitors. After all, there are plenty of somewhat similar value-based controllers on the market. But not all support multiple platforms.

At the present time, the Nyko Wireless Core Controller does not have any additional firmware updates that you’ll need to download after you have the controller. But there’s always the possibility of those updates becoming important at some time in the future. That’s really a big part of the risk of choosing third party accessories. Sooner or later you might encounter some kind of compatibility issue, and you’ll be entirely dependent on Nyko for solving the problem. 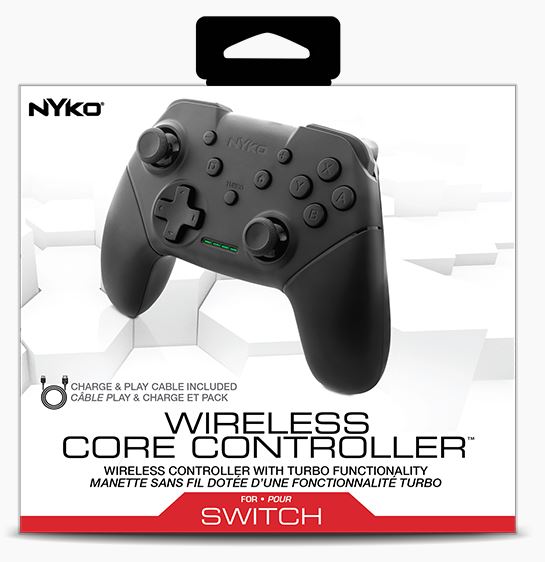 Who Should Choose the Nyko Wireless Core Controller?

There are always pros and cons to using third party accessories. But when the accessories are well made, the kinds of disadvantages you might encounter tend to be few and far between. Choosing the Nyko Wireless Core Controller isn’t a gamble, it’s a tradeoff. You’re trading battery power for platform support and a cheaper price.

If you recognize the limitations of smaller remotes, like the Joy-Con, then you’re probably drawn to a larger controller like the Nyko Wireless Core. It’s one of the larger and wider controllers on the market right now because it’s basically a clone of the Switch Pro controller.

Which is why the real selling-point of this controller is its price, it’s nearly half as expensive as its official Nintendo equivalent. And its official equivalent does not support several different platforms. Though there’s a small tradeoff when it comes to battery capacity, if you’re looking to save a couple of bucks, the Nyko Wireless Core Controller can be a great choice.