Connecting all your devices under one network can be tricky. Wi-Fi signals are not good at working their way around obstacles, especially dense materials. That’s really the origin of most Wi-Fi dead zones. Getting your network connected with one device is sometimes possible, with brilliant positioning of your router. But the rest of the time, what you need is a mesh system to help expand your network, and reach those dead zones.

Of course, they have plenty of similarities, which can make it hard to see the ways in which they are distinct. Both are fundamentally the same in that they’re using 802.11ac Wi-Fi architecture, and both are capable of delivering multiple mesh access points. They also have identical security features. 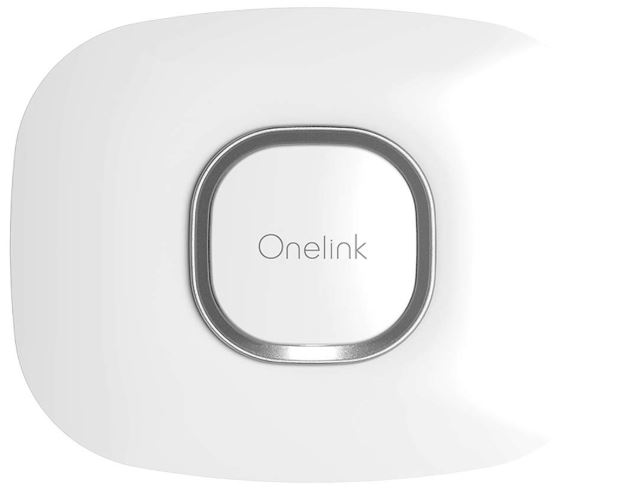 That already sounds a little confusing, but what this really means is that you’re able to find equipment that’s perfectly sized for the Wi-Fi dead zones you need to fill. If you’re someone who’s looking to broadcast to one bedroom in an upstairs position of your home, then you can immediately narrow down your selection in a meaningful way.

But of course, it’s still important to verify that the hardware itself performs up to your expectations. Especially if you’re a high-bandwidth user, or if you’re someone with more than a handful of devices connecting to their network. 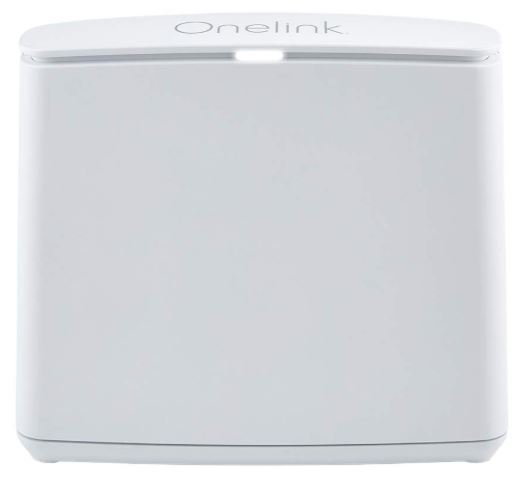 In both cases, the Onelink brand name is brandished across the topside of each unit. Though the Tri-Band version is marginally more stylish due to the addition of a silver band running across its topside. Neither version is capable of being wall-mounted, but both are capable of being stored away pretty easily.

The reason why Onelink took the time to make these routers look attractive is because you probably shouldn’t be storing away your Wi-Fi nodes. Think of them like antennas, after all, that’s literally what’s inside of them. In any case, that’s why aesthetic isn’t a totally unimportant concern for a mesh router. 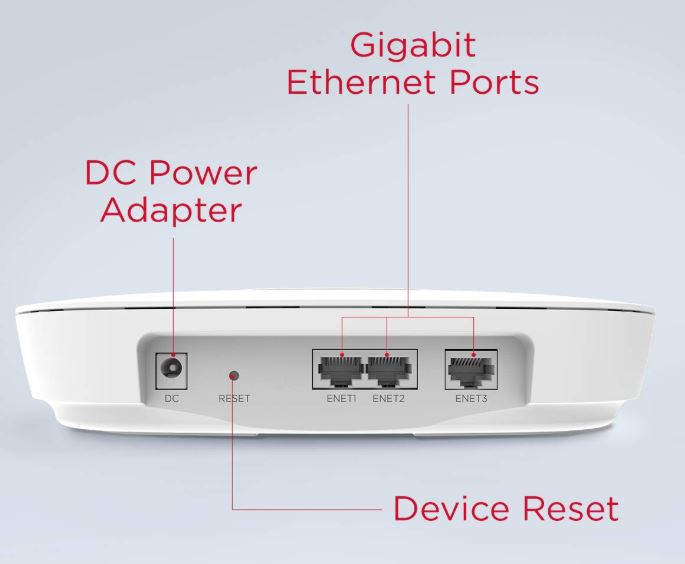 On the backside of the dual-band device, you’ll find a pair of Ethernet ports, a DC power adapter, and a reset button. The only other significant physical difference with the tri-band version is the addition of a third gigabit Ethernet port. But that’s basically just keeping pace with the fact you’re dealing with two units instead of one.

In both cases, the Onelink Secure Connect is constructing an access point with the help of a quad core processor. Having reasonably good processing power is essential to one of this router’s best features, a dedicated wireless backhaul channel. That’s something you’ll only find among some of the best home routers on the market right now.

On the dual-band units, you’ll find speed that’s commensurate to coverage. It begins around 1300Mbps, which is allowed to be maintained even as you connect more and more devices to the network. When you move to the tri-band unit, you basically have twice the bandwidth potential. It’s actually a little bit more than twice the bandwidth potential, reaching a cap of 3,000Mbps.

In either case, these devices are intended to be adaptively supportive for home assistants, cameras, and similar Wi-Fi connected devices. Perhaps nowhere is that clearer than in security protection — this router can scan outbound traffic to look for signs of infection. That way, even devices which don’t have antivirus software, like cameras, are well protected. 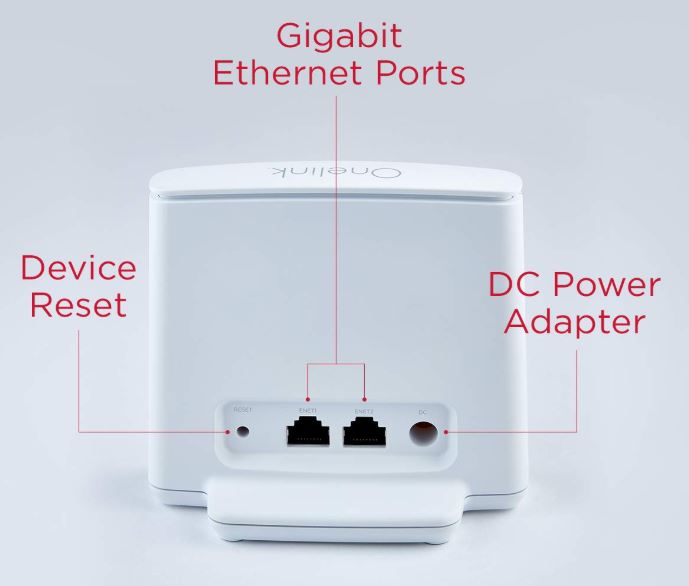 With respect to security options, you’ll find the Onelink Secure Connect Whole Home Wi-Fi Mesh System is capable of delivering on basically everything any ordinary home user might expect. For instance, you can create personalized profiles for everyone on the network, and then give them unique permissions.

That’s in addition to support for parental controls, a feature that’s becoming so common it hardly needs to be mentioned anymore. But Onelink gives everything a mom or dad would need to carefully curate how much time their kids can spend online. There are content filters, internet pausing capabilities, time limit settings, and so forth.

What you won’t find are the kinds of protections typically reserved for business-tier equipment. For example, features to specifically for creating your own secure wireless VPN network. If you wanted to run a secure network exclusively consisting of the computers operating at your place of business, that might be an essential feature. But typical home office users shouldn’t have to think twice about that type of thing. 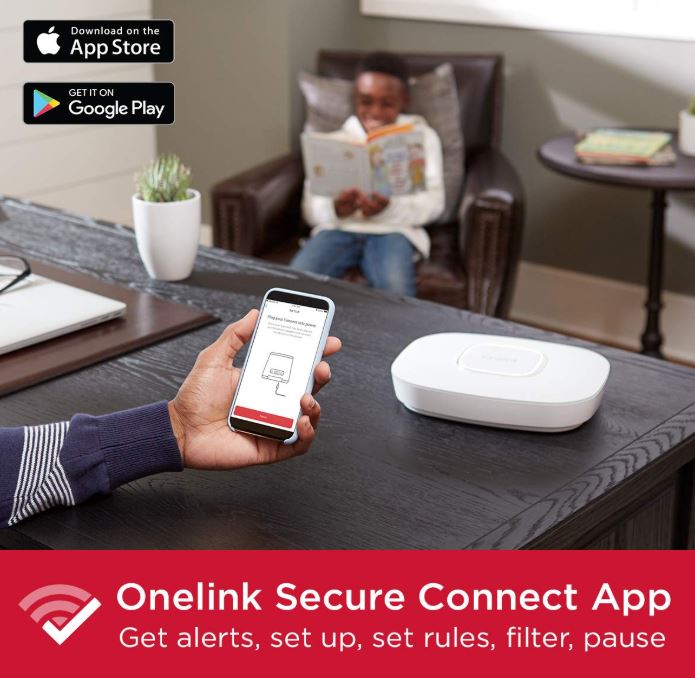 It’s been pretty easy to setup routers for a couple of years now. In that regard, you can pretty much expect more of the same with these devices. Onelink curates a thoroughly guided setup process, moving you step-by-step through the Onelink Secure Connect app. This does mean you have to install their app. But it’s actually not a bad idea to keep it around because the app lets you monitor your network from anywhere you’ve got an internet connection.

It only takes a couple of minutes before you’ll have all your Wi-Fi devices online. Setup is even easier thanks to QR code sharing features. In other words, if you can operate a smartphone, you can setup one of these routers. The process is almost fool-proof.

Actually maintaining the network is a slightly different matter. The accessibility of user controls could be described as modern, and the interface is approachable. It certainly uses plenty of descriptive phrases to ensure you’re changing the right settings.

However, Onelink is relatively new to the game of making router equipment. Their inexperience isn’t reflected in any of the physical hardware, but they haven’t been refining their interface for generation after generation. Consequently, they don’t have the kind of polished interface that can only be developed after you’ve been making steady improvements for years.

The Onelink Whole Home Wi-Fi Mesh System includes a power adapter, Ethernet cable, and quick start guide. You can also pair them with a Onelink Safe & Sound Smoke CO Alarm, but those alarm units are not included with this router system. If you happen to have an extremely well-connected smart-home, then you would definitely want that kind of support.

Onelink doesn’t mention their equipment having any gaming features. But if you dig around through user menus, you’ll find it’s not hard to setup some basic traffic prioritization. Apart from being useful for gaming, it’s also quite useful for downloading large files, or streaming high bandwidth video content.

Because Onelink doesn’t have extensive experience creating router equipment, their support pages aren’t as robust as equipment made by long-standing manufacturers. With that said, you shouldn’t encounter those kinds of issues anyway. And if you happen to encounter a serious problem, you’ll find Onelink’s warranties compare with the best of them. 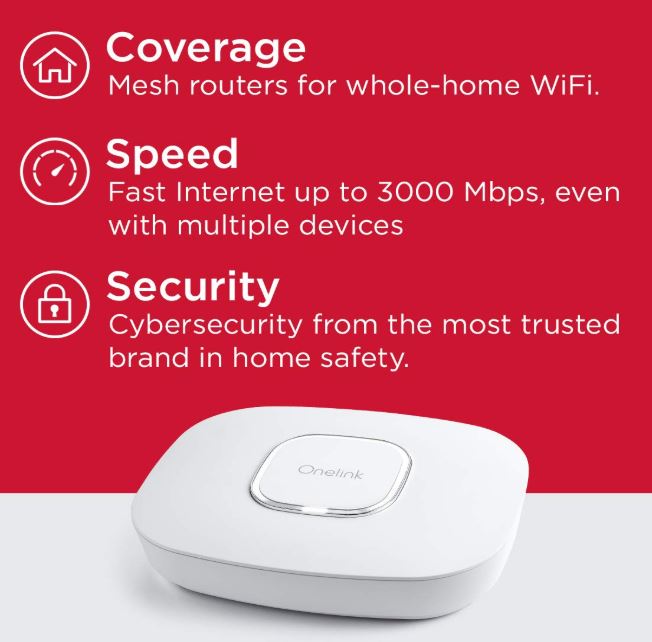 In many ways, it’s pretty easy to choose between this equipment. They really only differ when it comes to the question of coverage. Dollar for dollar, the dual-band version of the Onelink Whole Home System is pretty spectacular. You only get one node to help expand your network, but probably all that most people will need anyway. If you’re trying to extinguish a single Wi-Fi dead zone, small or large, the dual-band kit can almost certainly help you.

If you’re looking to eliminate more than one Wi-Fi dead zone, then you’ll want to consider using the tri-band version instead. It includes two nodes to help expand your network, which means you’re capable of ending two distinct Wi-Fi dead zones, small or large. Additionally, the Tri-Band Wi-Fi Mesh System has coverage options that literally compare with industrial scale equipment.

Though the bandwidth capabilities of Onelink’s gear isn’t exactly future-proofed, nor are they ready to be used by hundreds of separate users, they are well beyond what the average internet user will need during the next decade. Which really makes either of the Onelink Secure Connect Mesh System routers worth consideration.