If you’ve been following Canon’s new release cameras these past few months, you’re likely familiar with their newest “XA” line featuring camcorders meant for professionals: the XA30 and XA35. Compared to their respective predecessors (XA20 and XA25), this new release is certainly a major upgrade in terms of internal mechanics, namely their newest HD CMOS Image sensor that boosts the camcorder’s signal-to-noise ratio to well over 3dB. This in turn helps produces sharper images (especially in low light) when you line them up side by side. 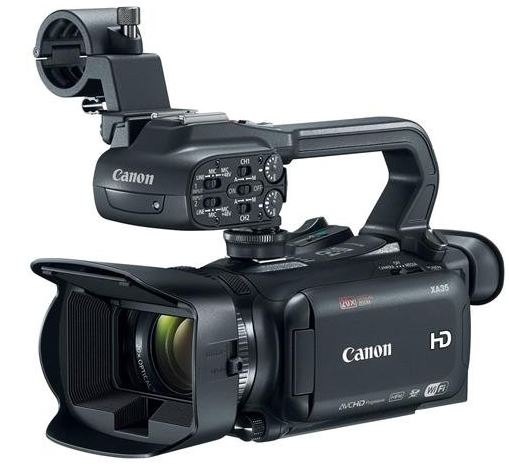 Another major upgrade is the Canon Wide DR, interval recording, and highlight priority gamma mode. As you can imagine, the range of usage for these camcorders is extremely versatile as they can be used for everything from student documentary filming to corporate news coverage. When it comes to size the XA35 can be classified as somewhat mid-tier: Not too small that they’re super portable and not too big that you’d have to purchase additional hardware to make them usable.

Their shooting capabilities are top notch, as you’d expect from a professional high-end camera. In this review we’re going to focus in on the Canon XA35 Professional Camcorder exclusively and see whether the higher price tag is justified next to its release companion, the XA30.

This is the first and most important question considering both feature a similar build/baseline functionality but the XA35 is the more high-end option. The biggest difference between the two is that the XA35 offers HD and SD-SDI outputs that allow you to connect it directly to a news truck. In addition, you can record uncompressed footage thus this is a must for professionals who want to secure the highest quality output.

We tested the XA30 and XA35 side by side and not surprisingly, at first sight both cameras come off as siblings to a point where the average person couldn’t distinguish between the two. Thus we can conclude there are virtually no differences in terms of design/appearance but all of them have to do with practical functionality. Simple high-end features like the SD-SDI terminal coupled with wireless connectivity make the Canon XA35 Professional Camcorder a more favorable choice for professionals. 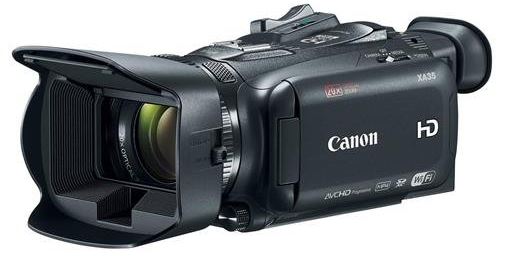 The XA35 in particular feels very compact, not compared to DSLR’s in the price range but other pro camcorders. This is definitely a strong advantage because while you’re using it, it almost feels like a consumer camcorder but it outputs the footage of a professional camcorder. It feels very comfortable and pleasant to work with; effectively allowing you can spend more time focused on the creative side rather than working the technicalities.

To sum up on the differences, if you’re about to purchase a professional camcorder and you’re shelling out thousands of dollars on the spot, you might as well pay a few hundred more to get the real version. It’s comparable to working remotely or purchasing a new computer. Sure, you could always find cheaper rents/lower your living costs but if you don’t feel inspired working there then what is the point? Likewise it’s easy to purchase the cheaper computer but can it do what you want it to do? If the answer is no, there’s no point to it.

How Different Is It To Its Predecessors?

Similar to the differences between the XA35 and the XA30, the good side is that although the functionality and inner mechanics changed, the design remained relatively the same. This especially holds true for the basic controls so if you’re used to working with the XA25 you’d find the working approach is quite similar on the XA35. Granted the new features will take some getting used to but it shouldn’t drastically alter your work flow. 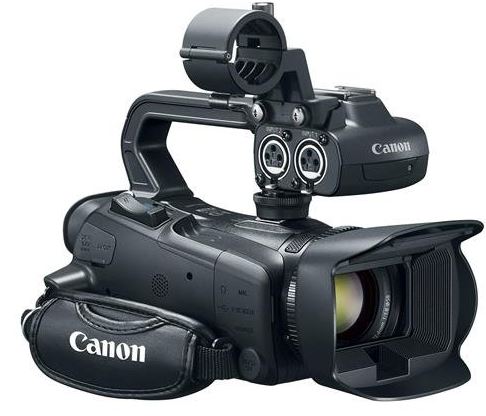 How Does Filming Feel?

You’ll be doing most of your control work via a simple LCD touchscreen to the side (accessible with the press of a button) and there you can make your way through the different options. For instance, you have instant access to settings such as aperture, shutter speed, audio levels, etc. Pretty much all of the control settings are nicely laid out and organized on the LCD screen thus you won’t have to spend a lot of time trying to figure out the controls if you’re completely new to the camera. 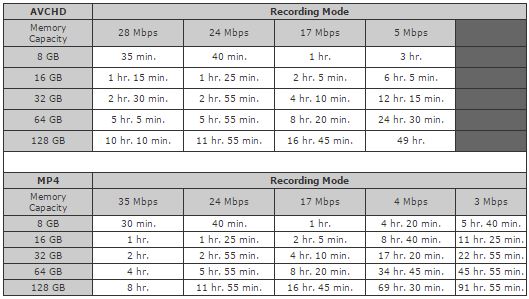 On another note, if you feel more comfortable working with manual controls there’s also a control wheel located to the front of the XA35 and this is especially useful if you’re shooting in bright conditions when you’d rather make use of the viewfinder. Everything feels straight-forward and you can adjust it the old way entirely and/or by using the new touch screen menu.

The minute you fire it up, the main switch allows you to choose between two main modes: media and camera. If you opt for the media mode, you’ll be taken to a folder where there’s footage organize and ready to view for post-production. On the other side of the camera there’s a small switch where you can choose between different recording modes: manual, auto and cinema. The first two are self explanatory but from what we saw of the cinema mode, it included filters that are comparable to high-end DSLR’s. We only recommend this for experiments and such, being that professionals will always rely on manual first. 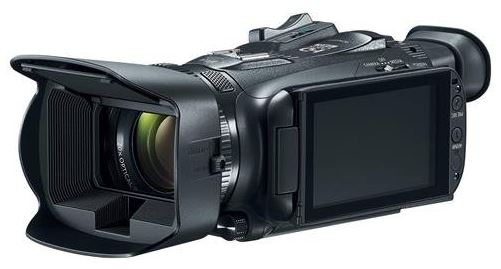 Finally, the only reason you should use the auto mode is if you’re forced to shoot fast moving subjects and you don’t have the time necessary to adjust basic settings. As mentioned, the whole thing is straight-forward/simple but there are still enough tweaks available at the ready that you can basically capture anything as you please.

Aside the generally flexible shooting modes, there’s a multitude of small features the Canon XA35 Professional Camcorder offers to help you add your own flair/signature style to the footage, one of which is the slow motion feature. Additionally you can shoot using the infrared mode located near your memory card slots. 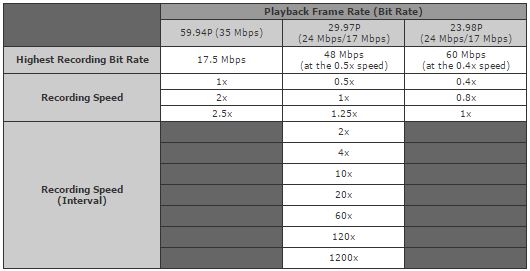 The downside (or catch if you will) with slow-motion is you’re forced to shoot at a regular 24mbps or it doesn’t work properly. The thing that makes up for it though is the ability to review your slow motion footage on the spot, thus you don’t have to wait until you’re in post production. This is ideal if you’re shooting outdoors and don’t want to carry your expensive Macbook there because if something is not right, you can review it instantly and re-shoot if need be.

What’s Inside The Package?

As you’d expect from a camcorder of this size, it’s a pretty large sized package that takes a while to unpack/put together: the XA35 itself, battery, charger, cables for connectivity (simple USB, audio and XLR inputs), remote control and handle. If you used to have a hard time attaching handles to your camcorder before, this will no longer be the case and it’s actually pretty painless on the XA35.

It might be a good idea to purchase additional SD cards (if you don’t have any) because the XA35 supports up to two. The standard recording format is AVCHD and this is fairly commonplace among professional high-grade cameras. If you prefer to shoot in MP4 you can do that as well. You’ll notice the package doesn’t weigh a lot and this is because the X35 is very lightweight at only 2.6 pounds/1KG. 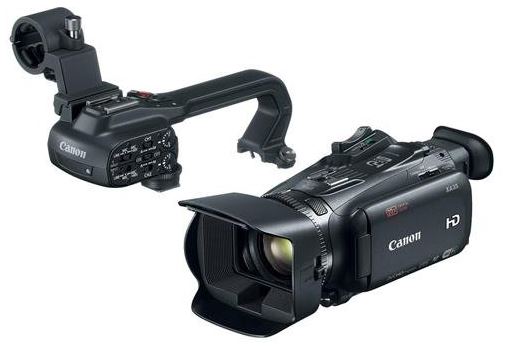 Conclusion – Is It Worth It?

The bottom line is yes, if you’re going to rely on it exclusively, the XA30 is a bit stripped down to the main essentials but the Canon XA35 Professional Camcorder offers a few key features that professionals can’t do without. It’s definitely a worthy upgrade if you’re considering it from a XA25 user’s standpoint. The downside is this might not be the perfect camera if you’re planning to shoot a new feature film because the current standard is 4K or higher.

Besides that, when it comes to uses such as broadcasting it will have you covered on all fronts because you’ll find it easy to connect it to your truck and transmit footage onto a high-end monitor there. It’s also practical for producing documentaries for both TV/internet when you could use something a bit more professional than a DSLR.