Have you ever been walking out of your house in the morning streaming some video or on a Wi-Fi call, only to have the call drop? What about having the video simply stop buffering because your phone disconnected from the WiFi the moment you stepped outside? This is a pain that comes with almost every home router. They are simply not rated to get a strong connection through all of your walls across the entire building.

You can try to strategically place your router to spread the signal as best you can. You may try getting more than one router and just configure every room with a unique SSID so that you know where you are by looking at the wireless connection on your phone (who needs to look away from their screen after all). 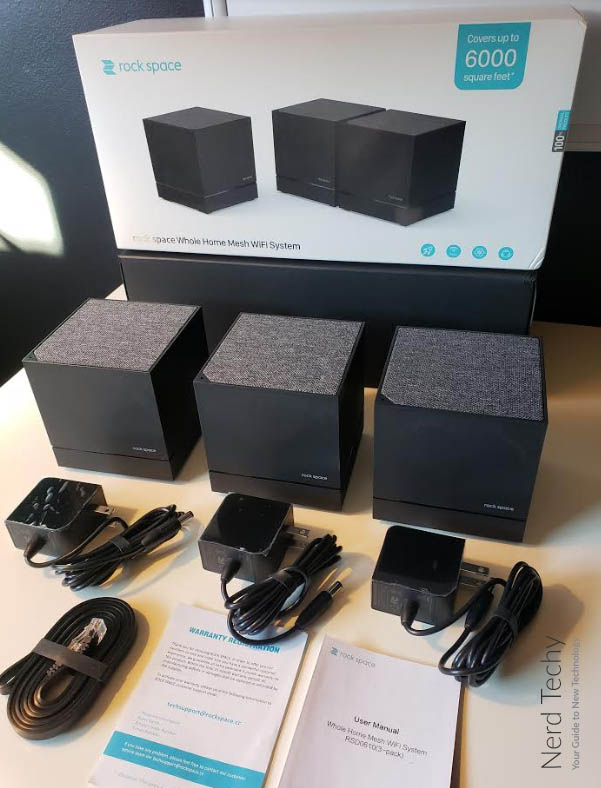 A much easier way is to check out WiFi extenders or a Mesh system that can actually expand the coverage to your entire home. This way you never have to experience the pain that comes when foolishly deciding to put your router near your living room game console, that happens to be on the opposite end of the house as your bedroom. Then realize that you cant get a good signal to stay awake all night looking at photos of cats, the pain is just too much.

Whole home mesh WiFi systems are great at what they were designed to do. They create a net of signal that extends throughout entire homes to make sure you get the speed you pay your ISP for, no matter where you are in your house. Aside from the connection stability for your mobile devices, the real power is actually with stationary wireless devices like smart TVs and smart home systems. The way of the future is smart home technology, so having a network that is powerful enough to connect your entire home on a single SSID is both convenient and becoming more and more important. 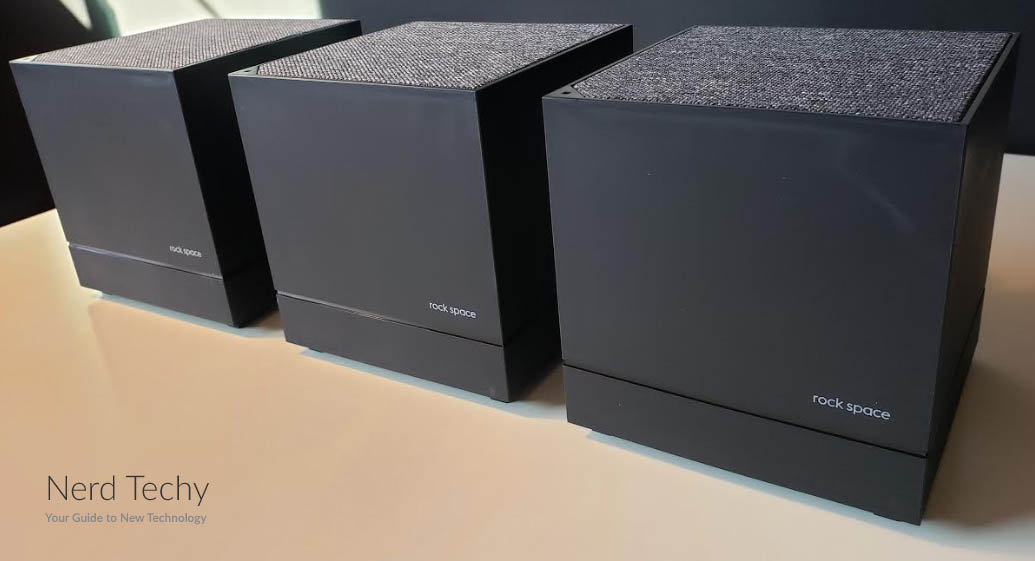 So lets take a look at the Rock Space Whole Home Mesh WiFi System and what it is capable of so that you can see if making the move to a mesh system is right for you.

Even a single mesh unit is capable of generating a coverage area of 2000 square feet. With 3 mesh units the Rock Space Home System can blanket an entire home with wireless coverage up to a 5380 square foot property. With 6 mesh unites you can get coverage up to 9000 square feet. Not only can it generate this full coverage in your home but it also does so with a single SSID so you do not have to disconnect and reconnect as you move around. 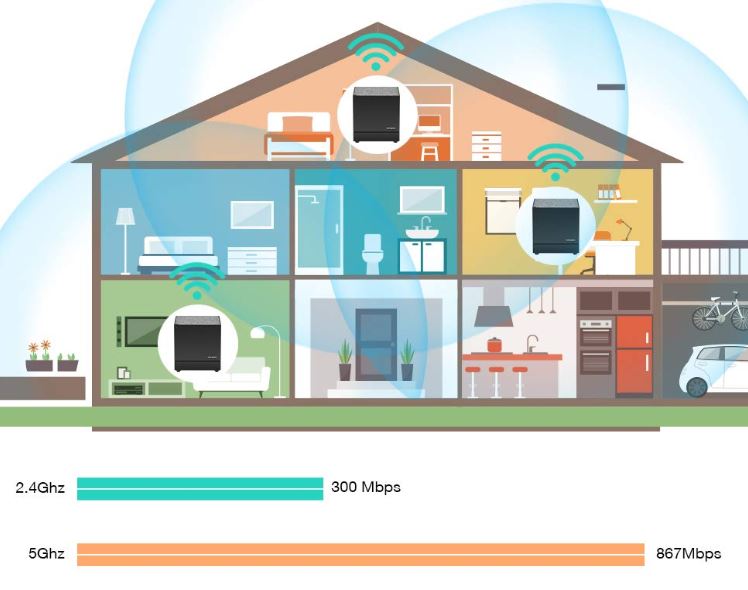 Each unit resembles a small square speaker about 7 inches tall. They are all a sleek black color and have a very small footprint. Despite the small size they are packed with power which is demonstrated by their wide signal range and strong connection. There are not many networks out there that can boast a nine thousand square foot range. Even just factoring in a single device many routers cannot reach the two-thousand square feet that one of these units can cover.

Security – How safe are you anyway?

With the Rock Space Mesh WiFi network you have both firewall and WPA2-PSK functionality. The PSk stands for “Pre-Shared Key” which provides the encryption over your connection that only your key can decrypt. Using a technology called TKIP (meaning Temporal Key Integrity Protocol) the password and the SSID are used to generate a unique encryption key for each device connected to the wireless network. That is the key that is then shared with that devices and used to protect the traffic between the router and the connected device.

With older WPA technology hackers could easy break into your network. Once they are inside they could do practically anything. To really make you understand how easy it is for a hacker to get into an older WPA network we are going to summarize for you how it was done. There is an open source Linux distribution called Kali Linux that comes pre-installed with a huge supply of hacking tools. These tools include everything you need to crack into WiFi networks. All a hacker has to do is get that OS, open up a terminal and run airmon-ng and select their network interface card.

Once they have done that they can choose the wireless signal to monitor (the target they are trying to crack). When they run airodump-ng they will get a list of open signals to target and can see what type of security that signal has. When they select the specific target they run that same program to only capture data between their network interface card and the target wifi. 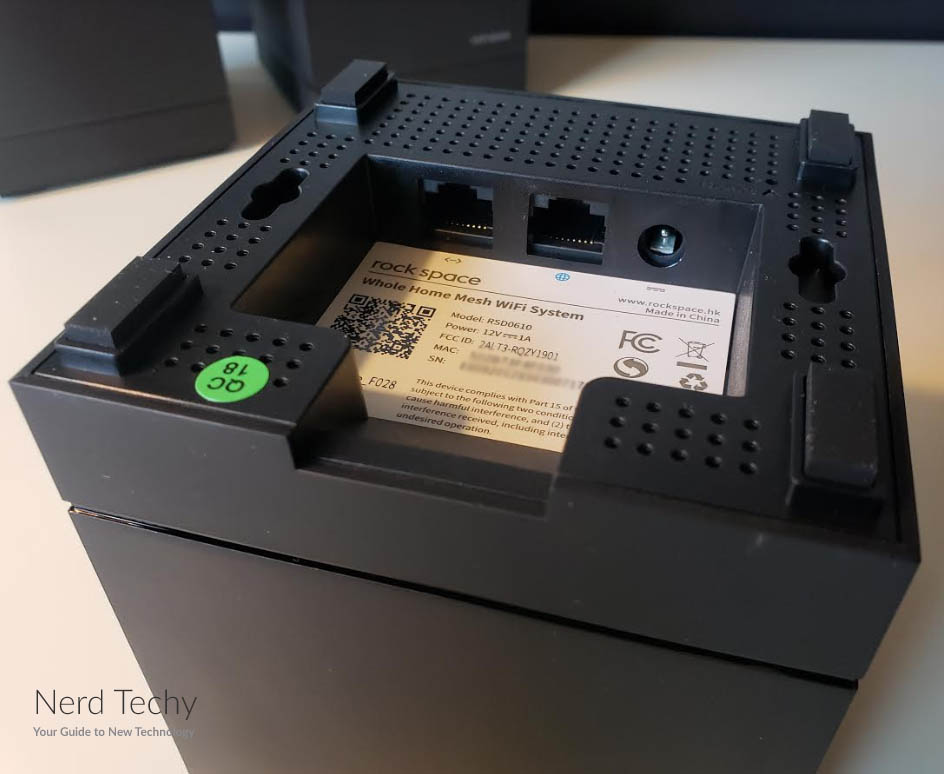 While capturing all the data they simply have to wait for a WPA handshake to appear in the network traffic. The handshake would appear every time a device connects to the router using the appropriate password. They simply have to catch that handshake and then use it to connect to your router.

It is as simple as that. Such an attack would often take no longer than a few minutes and a hacker could break into your home network. Once in the network they are able to then target your personal computers or phones or just capture all the traffic coming from them with a man in the middle attack. If you are sending unencrypted data on your home network because you believe yourself to be safe, a hacker that has broken in could see all of that data, including payment card data or the list of websites you are visiting and the credentials to those sites.

We hope that explanation has caused you a bit of fear because it absolutely should. The internet is not a secure place and when you use old technology with outdated security protocols you open yourself up to becoming a victim. That is why at a bare minimum you should be using WPA2-PSK to protect yourself on your home network. 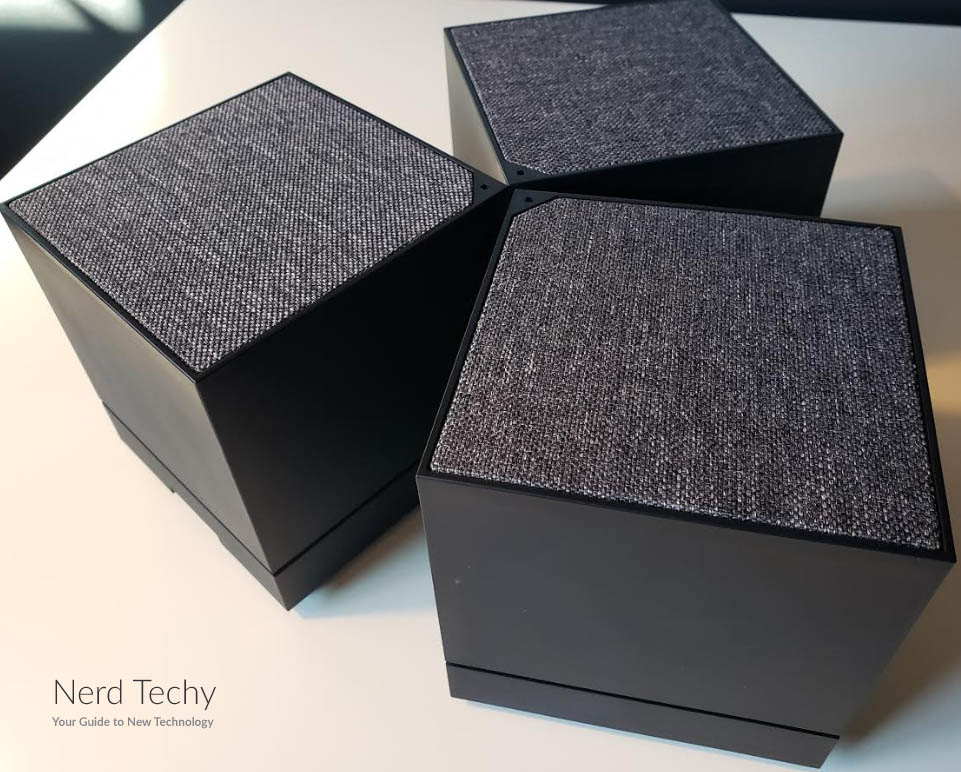 With the built in firewall software on the Rock Space Mesh network, you are able to restrict individual traffic types or lock down specific ports. This in combination with your first layer of security should be enough to stop most threats. If you know which protocols you will be using you can make sure that only traffic on those ports is permitted.

Plus if you want to stop your kids from playing their favorite video game online, you can google the ports used for the multiplayer service and then block that specific port. They will be able to load up the game itself but they will be unable to play it online which is the single activity most people get addicted to. So, whether you simply want your kids to spend more time outdoors or you want to help prevent them from getting addicted to multiplayer games, the built in firewall software can help you lock down your network. 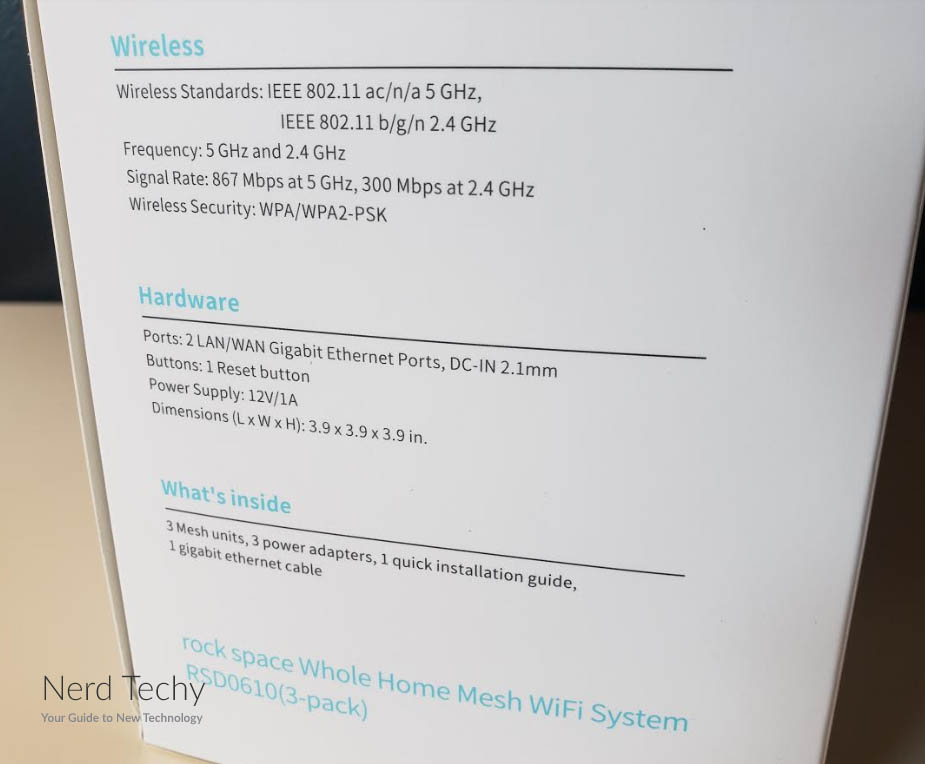 Along with a massive coverage range the performance with MU-MIMO technology is great. Most wireless routers can stream data to only a single connected device at a time. When you have multiple devices connected to a router they create a line to pull the requested data which can cause slow downs on your network.

With MU-MIMO which stands for Multi-User, Multiple Input, Multiple Output, a network can stream to multiple devices simultaneously. This results in around three times the throughput to each devices which results in a faster internet experience for all of your devices. 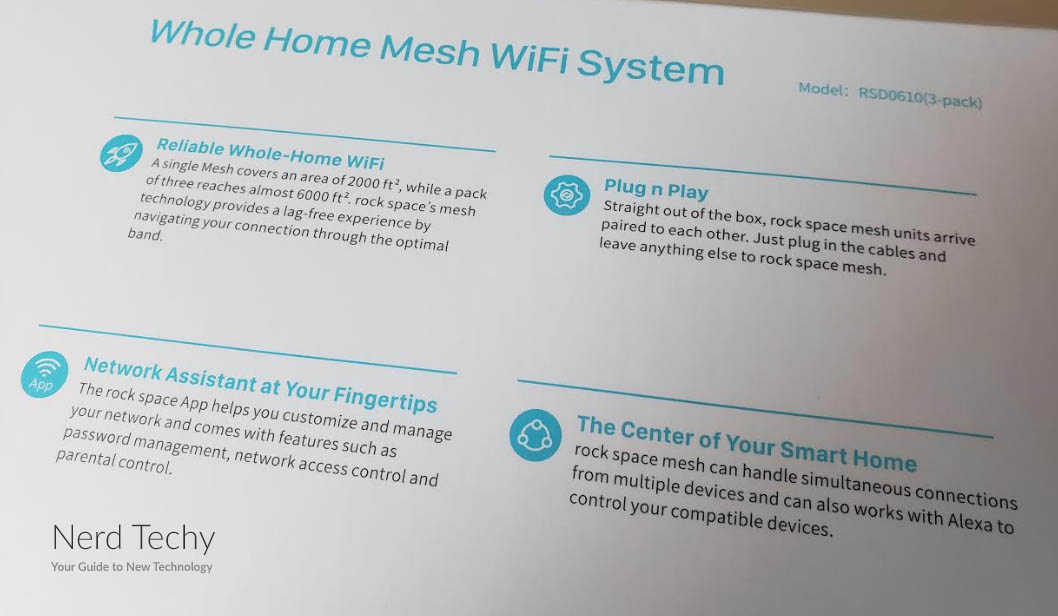 This is also a dual band network so you get both 2.4 GHz & 5 GHz with speeds up to 1200Mbps which is designed to fully utilized your Gigabit network connections. That means you can get great speeds over the entire mesh network web.

Rock Space provides a mobile app for both Android and iPhones that allows you to manage your network and makes the setup process incredibly easy. Right from the app you can also create guest networks should you want to provide limited access or a different set of credentials to your guests. You also have a wide range of parental controls that can be easily configured right from your phone. On top of that there are built in QoS functions that you can set up. 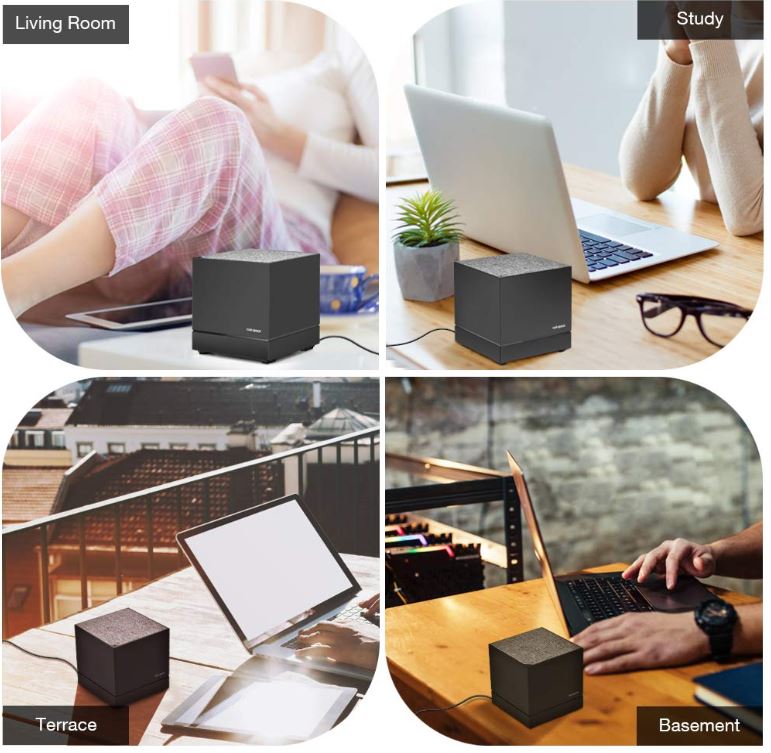 QoS stands for quality of service which allows you to tag packets for priority on the network. That means if you want to ensure your personal laptop has priority over all other devices you can set that up in the QoS settings. This way no one downloading or streaming movies will cause your own internet to slow down. This is a particularly useful setting to configure for your home router if you live with many other people and require segmented traffic rules.

This is an incredibly well designed mesh network system with very few drawbacks. The only major drawback that we found was the lack of WPA3 security on the router. As we mentioned before, cracking WPA is very easy and cracking WPA2 though much harder, is still not impossible. The implementation of the latest WPA3 security and encryption would have been a way to bring this mesh network to the next level. Unfortunately they opted to use WPA2-PSK instead and for that we have to dock them a bit for the rating.

Outside of their slight mistake with the security protocol selected, the rest of the technology seen in the Rock Space Whole Home Mesh Wi-Fi System is great. This is a business class network that can be used for homes as well. Despite the target market being a home user, if you own a restaurant or franchise business you can easily install this mesh network in your building. The individual devices are easy to mount, take up very little space, and look good. So they can provide you with the public WI-FI that your guests can enjoy.