The same scenario unfolds over and over again – we’re happy to install a new electronic component but it’s one that requires an internet connection and we have no cables sitting near where we’d like to place the device. What should you do in that instance – maybe get one going through the ceiling and then down the wall to where you need it? Try laying it along the bottom walls and then above your doorway to the exact point? The solution is rather simple because all you need is a decent powerline adapter. 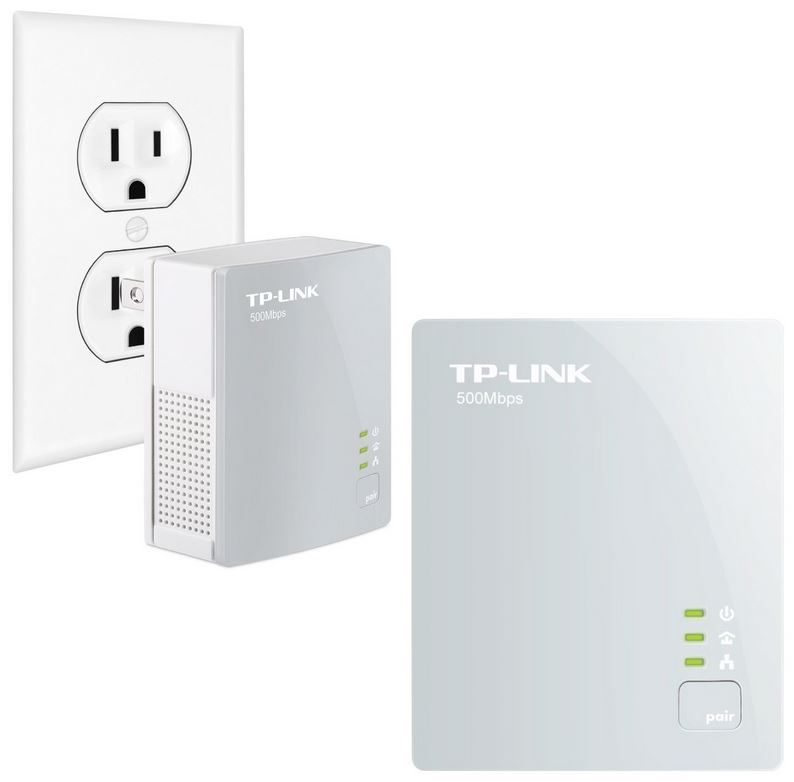 Assuming you’ve never worked with a powerline adapter before, it’s basically a pair of devices that take advantage of electric wiring to help you transfer data. In simple terms, you’ll be able to transform any power outlet into a data port. TP-LINK is a well known wireless range extender company but they’re also producing top notch powerline adapters and the TP-LINK TL-PA4010KIT AV500 is a fine example of that. The main selling point/highlight of this model is that you’ll get a 300 meter (1000 ft.) signal rage as well as a speedy transfer rate of 500 Mbps. Inside the package there are 2 main boxes which you plug into power outlets and they support CAT5 cables. These boxes are not large as well.

How Hard Is The Setup?

It’s actually a very straight-forward or simple process if you will, even if you’ve never worked with one of these. You certainly don’t need to be an IT guru. As long as you have a CAT5 cable here’s how it basically goes: CAT5 cable -> main router -> AV500 -> wall. You’ll have another adapter left and you can simply plug that one into another power outlet, then connect another CAT5 cable to a part which needs a data feed. One thing we have to mention after looking at the instructions is that TP-LINK firmly state you shouldn’t be plugging these into a power strip. 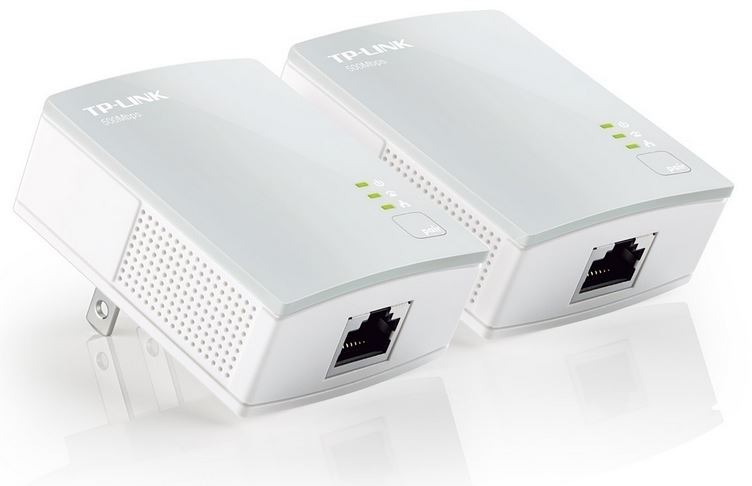 The reason why is because protectors in regular power strips can interfere with your data transfer. There’s a “pair” button on both adapters so all you have to do is push one on the closest adapter for a single second. There’s a small LED light and you’ll know it started when it flashes. Wait for two minutes after that and press the same button on the other adapter. This LED should start flashing in a minute and then you’re good to go.

Is It Worth It?

Depending on what your needs are, you can generally expect smooth data streaming. Unless you’re consistently transferring huge amounts of data, you’ll probably have a hard time trying to exceed the transfer rate. Considering how inexpensive this adapter is and the speeds it offers, you can hardly go wrong with it. 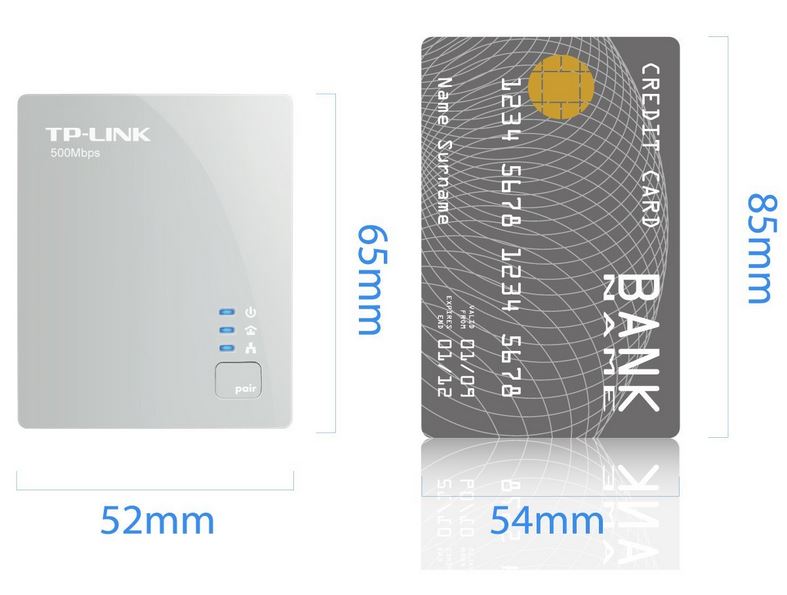 Some people will need that additional data so they can connect one more device, and even if this device is located in another room all you need to connect it is another adapter. Simply plug it in and you’ll have everything connected – there’s no reason you should be using CAT5 cables all throughout the house.

There are realistic expectations you’ll need to have before purchasing because often times advertising gives us the wrong impression. You’ll notice these are advertised as supportive of over 500 Mbps (as long as you’re using LAN) but this is basically the maximum bandwidth for the tech – in reality it’s closer to 100 Mbps. If you place the nodes extremely far apart, your overall speed can be affected because it usually depends on distance. Assuming you’re in an urban area you can expect to get faster speeds over powerline than you would with wireless so keep that in mind. 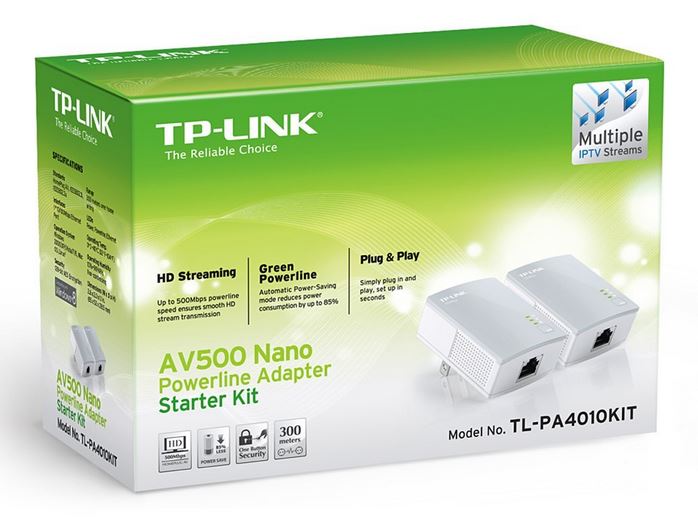 The AV500 simply works – these powerline adapters are improving by the year and the TP-LINK TL-PA4010KIT AV500 Nano in particular can connect everything from your blu ray player to a new TV easily. The reliability is unparalleled considering its price and you’ll likely be impressed with the overall ease of setup/day to day performance. Often times people make the mistake of ditching their ISPs and being forced to pay high cancellation fees because they’re not satisfied with their connection speeds when they can easily sort this out by focusing on interferences.

The bottom line is you’ll be able to maintain the speeds you’re already paying for and you can double check to see whether you’re living in an overly saturated wireless area which could have an effect on your speeds. If you are, you’ll certainly benefit from the AV500. Powerline networking is not just necessary, it’s something you’ll appreciate over the long run and you don’t need technical knowledge to make use of it.