Turtle Beach is one of the largest and most popular mid-range brands in gaming headsets, and it’s no surprise. They are always coming out with new styles tailored to different aspects of the gaming world. They don’t shy away from bold designs, but still offer more modest models. In a nutshell, they’re a crowd pleasing brand that delivers high quality products.

Their new Stealth 350 VR Amplified Virtual Reality Gaming Headset stands out from all of Turtle Beach’s previous models in that is it specifically designed for the PlayStation VR. They literally call it a “built for VR” design, which means these are the headphones to get if VR is your thing.

The Stealth 350 VR’s are lightweight and ergonomically designed to give you clearance for the VR headbands and cables, which can be cumbersome when used with other headsets. At a time when Microsoft appears to have no Xbox response to the PlayStation VR, you’re looking a headset built for the next big thing. Plus, they’re fully on the affordable, good value side in headset territory. Usually this means they’re a bare bones headset, but the Stealth 350 VR has many good things going for it. 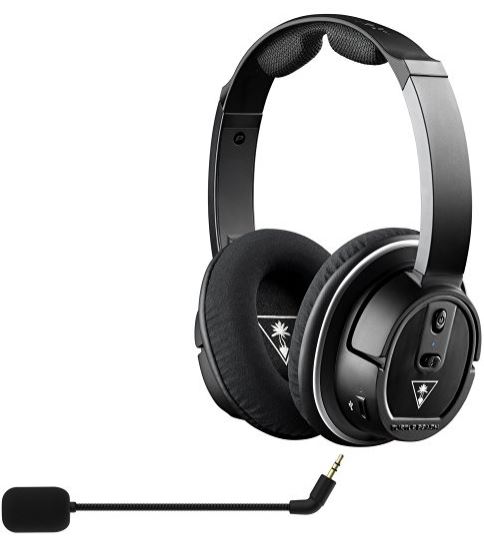 While some of Turtle Beach’s models can be pretty flashy, they’ve erred on the side of caution with the Stealth 350 VRs. They’re pure matte black with an unassuming logo on the side and nothing to speak of in the way of flashiness.

We like this about the Stealth 350 VR, as it gives it a sleeker, more mature look than many other models. Plus, they’ve got a bit of hidden flare with the Turtle Beach logo hiding on the inside of the ear covers. They are very lightweight, sitting comfortably on the head with memory foam ear cushions, a surprising feature and really nice touch for a value priced headset. 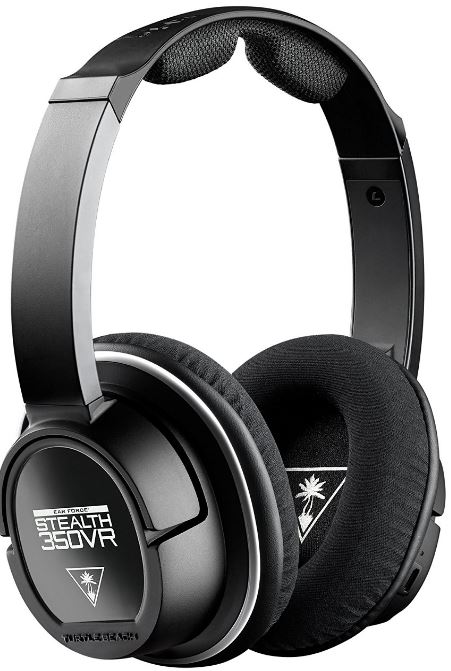 Wearing them as intended, with the PlayStation VR headband, you definitely see the value in design a headset specific to this equipment. Given the price and simplicity of the design, you almost get the sense the headset was built and priced so gamers could elect to buy a pair for their PlayStation VR without necessarily using them as their primary headset.

Upon further inspection, the Stealth 350 VR offers so many great features it becomes hard to believe the price. These include battery powered amplification, variable bass boost, mic monitoring and a detachable noise canceling mic. If for some reason the mature style of the Stealth 350 VR isn’t exactly your cup of tea, there is a lot more this headset offers that deserves attention.

The audio quality is surprisingly good on the modestly priced Stealth 350 VR. It comes with battery powered amplification that gives players a more immersive experience, which is such a great feature when used with the almost overwhelmingly immersive nature of the PlayStation VR. And don’t be wary of the battery-powered nature of the amplification feature, because it provides a whopping 30 hours on a single charge. 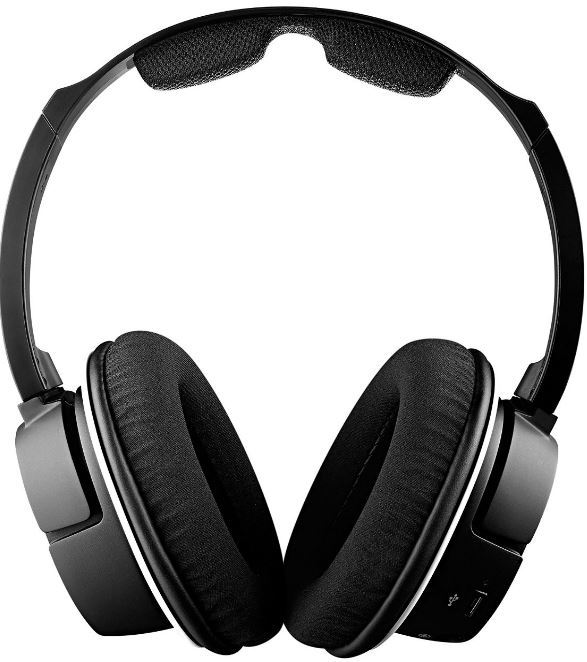 The headset also comes with a bass boost feature, enhancing those heavy, powerful lows and adding depth and realism to the whole VR gaming experience. The Stealth 350 VRs still maintain a balanced soundscape with their 50 mm Neodymium speakers. They offer crisp trebles complemented by pounding bass.

This is not to say that the sound quality competes with premium model headsets, for which you will pay exponentially more, but the Stealth 350 VR has an admirable audio quality that is especially good when you pair it with the PlayStation VR.

The immersive audio amplification combined with the realism enhancing bass boost really make the whole VR experience come to life. Clearly ergonomics wasn’t the only thing in mind when Turtle Beach designed the Stealth 350 VR specifically for the PlayStation VR, because the audio features were obviously part in parcel of the VR-specific design.

The microphone is another impressive component given the Stealth 350 VR’s modest price range. It is easily removable for solo play, or if you’re using the headset for unrelated tasks such as music or movies. You can simply unplug it from the left earpad and plug it back in when you’re ready for online game time. 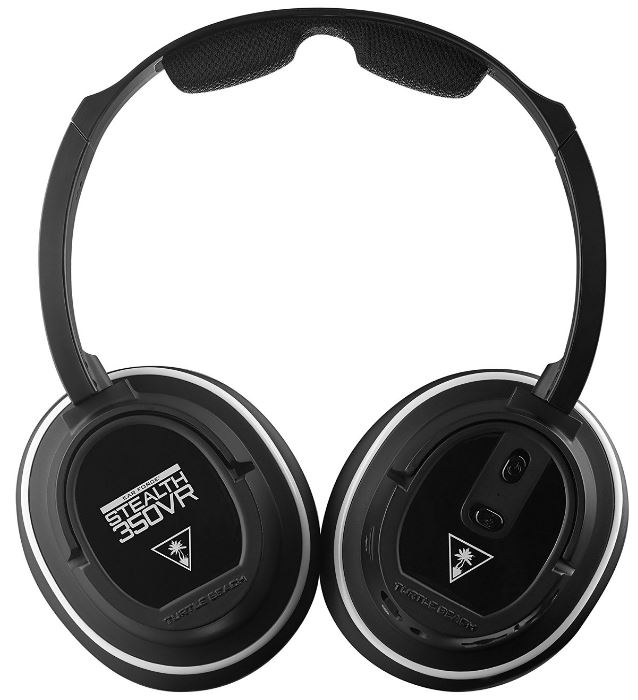 It comes with a noise canceling feature so chat is undisturbed even when background noise is excessive. It also boasts a mic monitoring feature that allows you to hear your own voice inside the headset. It simply mixes your microphone output with the regular audio. This an especially great feature for anyone in the vicinity of the headset user, because it allows you continue conversation naturally without having to shout at other players.

The design is fairly basic, but sturdy and flexible so you can adjust placement based on your voice output needs. The noise canceling feature is great for any time you want to bend the mic away from your mouth but still avoid picking up background noise.

Physically, the Stealth 350 VR is toned down, pure matte black with no added lights or color bands or any real flashiness to speak of. There is nothing “in your face” about this model, which could be because users will often be wearing in combination with the very much “in your face” PlayStation VR headband.

You can imagine the combination of a VR headband and some over-the-top headset being a rather overwhelmingly robotic combination, and not in a cool way. With the Stealth 350 VR, Turtle Beach kept it simple, but the headset is still comfortable. The ear pads come with fabric covered memory foam and the headband is also cushioned for optimal comfort. The materials are lightweight and the design ergonomic, giving it an overall decent design that is comfortable and compliments the PlayStation VR perfectly.

The Stealth 350 VR is a reasonably durable headset, though its lightweight design means you probably wouldn’t want to subject it to any serious jostling or cramming. The fabric over the memory foam and the plastic material is in the vicinity of the kind of quality you might expect from a value priced product, but if properly taken care of, you should have no problem with the headset’s ability to last. 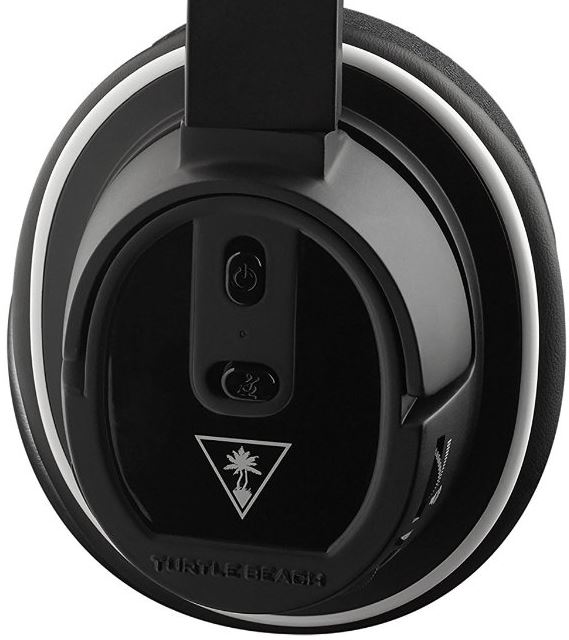 The earpads fit nicely over the ears so you can wear them extensively without getting sore. The headband is easily adjustable with sturdy movements so you can adjust frequently without feeling like you’re wearing out the mechanism. The buttons are a basic design – hard plastic that requires a simple flick in one of two directions.

The microphone follows the same trend of simplicity, but isn’t considerably flimsy. We like that Turtle Beach stuck to the simple design and didn’t try to compensate for it with things like fancy rubber button tops that just wear down and become useless. It means that the materials are in line with the price, but are designed logically. There are no frills, but there are also no unnecessarily flimsy parts that are just going to fall apart. 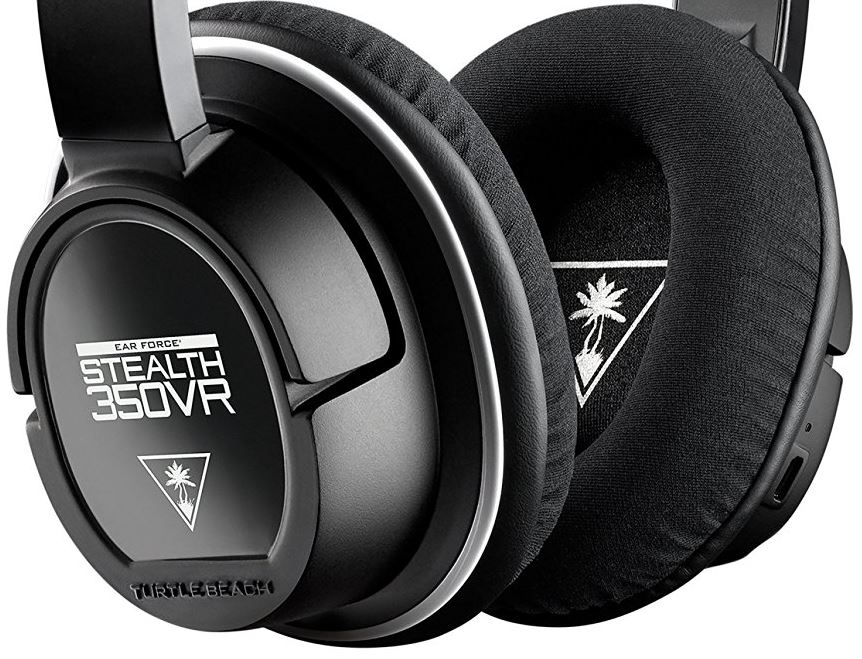 That being said, it’s a well-rounded enough headset that you’re definitely not limited to Playstation VR use. It’s perfectly compatible with the PS4 and easily used for non-gaming related activities (another somewhat unexpected advantage of their modest design).

The on-board audio controls are easily accessible directly from the right ear pad; you can power on and off and control your mic with one swift movement.  The detachable audio cables make for easy cable management so you spend less time fumbling and more time focused on the mission at hand.

The Turtle Beach Stealth 350 VR Amplified Virtual Reality Gaming Headset is practically a must have for VR enthusiasts. It’s priced so well that even if you already own a superior headset, it’s worth giving a chance just to use it in combination with the Playstation VR.

All the way from the audio down to the modest design, it’s the perfect complement to the Playstation VR. If you are an avid VR fan who’s looking for a value-priced headset to enhance your experience, this is hands down the way to go. You’ll even be excited and surprised by some of the features you get at the price you pay.